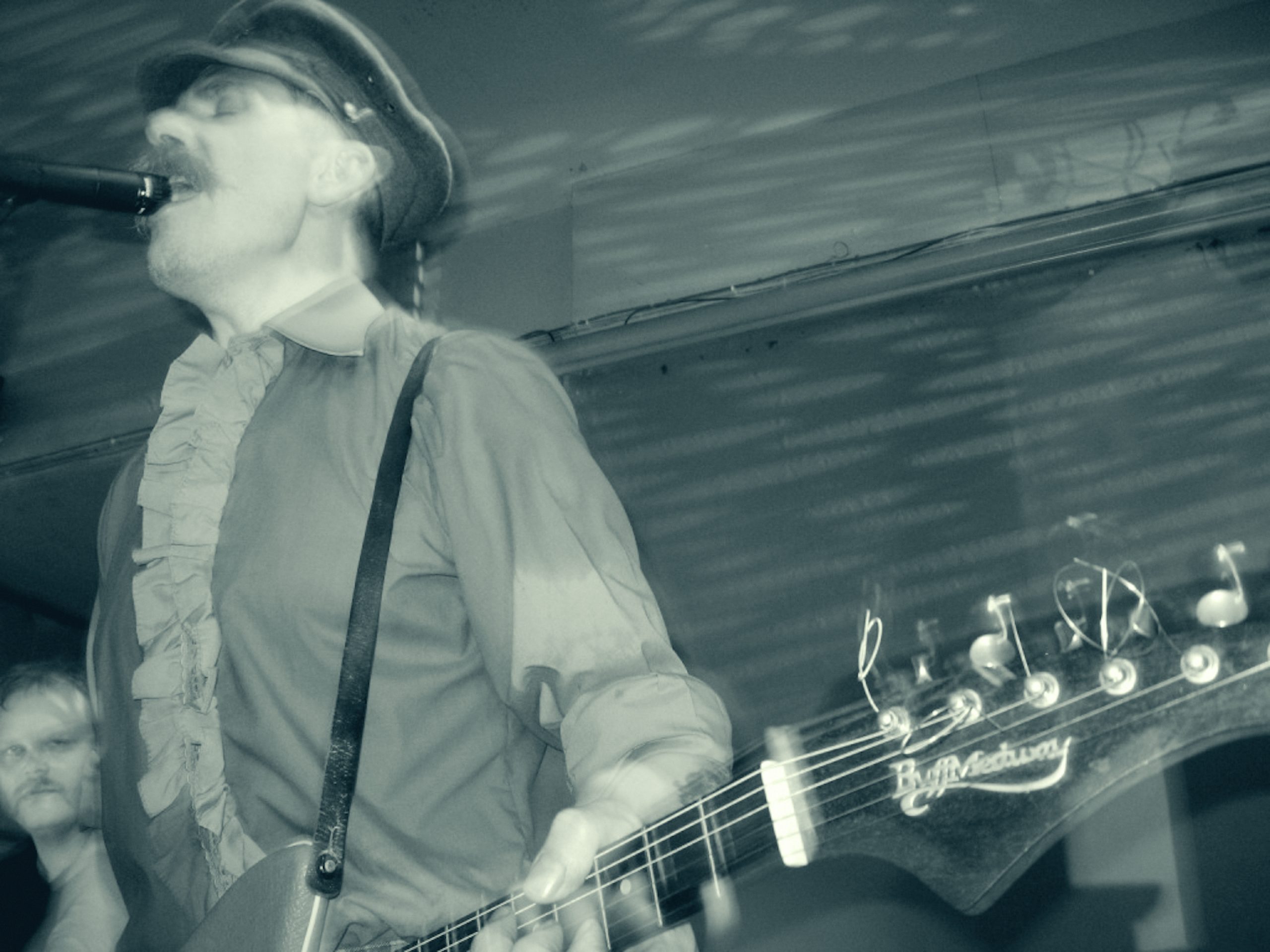 The Sixties Are Forever

Since his early days with the Pop Rivets in the late 1970s, Billy Childish’s music has been remarkably consistent.

Sometimes it inclines towards the blues, sometimes folk or country. But no matter which genre cues he follows, his records always sound rootsy. Consistency can be a virtue or vice. In Childish’s hands, it is consistently both.

If you know him well, his latest album Where the Wild Purple Iris Grows – credited to his “Wild Billy Childish” incarnation with the band CTMF – will come as no surprise.

But even if you’re new to his work, a basic knowledge of postwar rock-and-roll history is sufficient to predict where songs are headed. They hurtle forward in the 1960s garage rock mode he has returned to more than any other.

Whether covering Bob Dylan’s “Ballad of Hollis Brown”, revisiting the blues-rock standard “Train Kept a Rollin’” memorably played by The Yardbirds in Michelangelo Antonioni’s 1966 masterpiece Blow-Up, or transmuting his own youthful experience working at a mental ward into “She Wore Tangerine”, Childish never strays from the path of the purist.

What matters is not making us hear something new, but stripping away everything that prevents us from appreciating what we have already heard many times over.

Originality is not the point, Or, rather, Childish demands that we conceive of it differently. He is an original, an irrepressible source of creative expression. If the majority of his work feels like a copy — not least of his other records — it is surely because he is the one and only Billy Childish.

This realisation prompts a thought experiment. If we try to imagine what it would be like to hear his music without any knowledge of who he is, how much appeal would it still hold?

While some of Childish’s albums – he has released well over a hundred – may be too mannered in their not-so-faux primitivism to sustain interest for very long, Where the Wild Purple Iris Grows evades this fate by finding a sugar-and-spice groove that never fails to satisfy.

Track after track sounds like it could have come off of Nuggets, Lenny Kaye’s hugely influential 1972 collection of garage rock, or the many sequels it inspired.

At times, when Childish’s clever lyrics come to the fore, the effect is similar to the one Mark E. Smith achieved with The Fall. For all of the working-class vitriol he shares with Smith, however, his musical disposition is ultimately sunnier.

“Tunnel of Love” is a great example, a rollicking tune that never fails to warm the heart, the psychedelic details around its edges giving it the sweetness of a sugar cube with no aftertaste.

“You Can’t Capture Time (Slight Return)” summons bliss from the same musical well that Kurt Cobain drew upon, sounding like a tribute to proto-grunge Pacific Northwest band The Wipers.

Although Where the Wild Purple Iris Grows satisfies without acknowledging what makes its mastermind special, however, it takes on another dimension when measured against Childish’s remarkable career as a painter, photographer, and poet.

This is music that stands on its own, yet is meant to stand together with the rest of his work. It is rare for an artist Childish’s age – he is over sixty – to release material worthy of his youthful legacy. While the record may not be musically surprising, it defies expectation at a biographical level.

No, Childish is not doing anything new on Where the Wild Purple Iris Grows. But he is doing it as well as he ever has, maybe even better.

In recent years, Childish has been receiving the sort of art world recognition he has consistently failed to seek. By doing what he wanted to do, without worrying about whether it would be validated by institutions, he has managed to sustain a purity of vision that is increasingly rare.

This has made it possible for his attempts to grapple with child abuse and deprivation to resonate far beyond his own personal experience. The very qualities that marked him as an outsider now give him the opportunity to be taken seriously by insiders.

Within the context of this reevaluation of his art, Childish’s insistence on continuing to make rock-and-roll of the purist kind takes on a different significance.

Whereas his music once provided the means for him to achieve wider recognition, now it serves to offset the potentially destabilizing effects of being treated differently.

Maybe that’s why Where the Wild Purple Iris Grows does a better job of what Childish has been doing well for decades.

Its liveliness is a counterpoint to the deadening effects of the career retrospective, however richly deserved. This isn’t music that looks back, but keeps staring into the future.