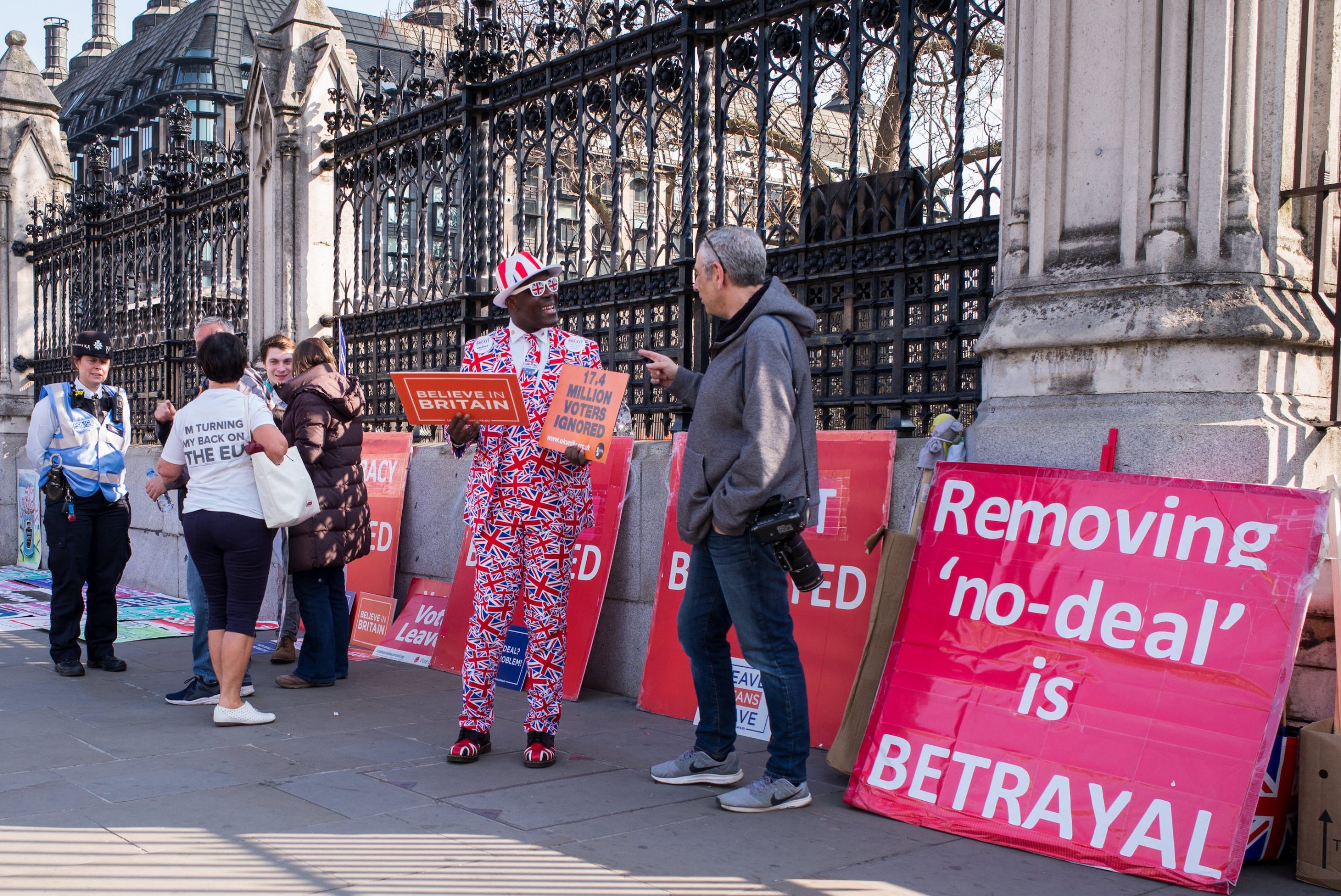 Sometimes they speak to the public. UK journalists, Parliament.

We’re all familiar with the sight of reporters standing outside Parliament, doing their talking heads thing.

However, the real journalists are all in the Members’ Lobby, busy extracting scoops from huddles with MPs.

This is the height of British political reportage.

The Lobby, as it is known, includes the big broadcasters like the BBC, ITN and Sky News, as well as newspapers such as The Daily Mail and The Guardian.

The Lobby is the British establishment talking to itself. Until recently, the briefings were not televised and always anonymous as a rule.

England’s Westminster “courtier press” have neither professionalism, nor ethics, nor morals, nor integrity. They merely trot out the “Vote Leave” line without question or challenge. Our *Courtier press* merely reproduces press releases or ‘private’ briefings.

This opaque arrangement goes back to 1870 when MPs were anxious about the public walking into the Members’ Lobby to question them.

So they established a listing system for who could visit the Members’ Lobby. This would ensure that the right people (namely, journalists on the list) could access the Members’ Lobby to report on the state of play in Parliament.

Today a few smaller publications are also invited, most notably the New Statesman and openDemocracy, but the majority are establishment newspapers and broadcasters.

Naturally, the media composition fits the broader right-wing bias of the British press itself.

Otherwise, The Telegraph has just served as Johnson’s larger but less notorious organ. He can rely on the most loyal Tory daily newspaper to take his side when the next election comes around.

The Westminster class wanted a compliant press to engage with and they got exactly what they wanted.

Access is everything in sourcing news stories. The unreliable journalists get excluded for a reason.

By guaranteeing exclusivity, the Westminster class was able to funnel its preferred stories into the media and shape the national narrative.

This has kept British journalists transfixed on the House of Commons.

You’d think that nothing ever happens in local governments going by national coverage. Politics begins and ends in Westminster. Everywhere else isn’t even worth a fluff piece.

The Westminster Lobby looks out at the rest of the UK from its little village in Central London as if the country is either irrelevant or occupied by warring savages.

These plebeians are conveniently located in the other nations of the UK.

The rise of Scottish nationalism has begun to challenge this, but only just. It is still very rare to see the Scottish Parliament treated with anything less than disdain by establishment journalists.

Take the coverage of the Scottish National Party (SNP). The SNP is talked about as an extra in British politics, except when SNP politicians make an intervention in the House of Commons.

Meanwhile, the Liberal Democrats are treated as a ‘party of government’ – despite the fact that they have never held a majority. The Lib Dems are an irrelevant, marginal force compared to the SNP.

The fact that the SNP are the party of government in Scotland and may play kingmaker in a future British election is lost to the Westminster courtier press.

Although Scotland is a part of the UK, Holyrood is covered less than some foreign cities.

Likewise, the Democratic Unionist Party (DUP) has just propped up a Conservative government. And yet Northern Irish politics is treated as nothing more than a diversion from business as usual.

The Welsh government briefly got some national publicity during the UK local elections when Welsh Labour held its own while Labour was declining everywhere else.

Now Wales is absent from the national conversation.

The conversation takes place in Westminster between the MPs and the media operatives.

The Lobby has served the ruling class well for more than 150 years. However, the state of play means the arrangement does not always work smoothly.

The Westminster Lobby is the UK equivalent of the White House press corps.

Just like the press corps, the Lobby is embedded in the halls of power and serve as courtiers to the political class.

The Washington media elite pride themselves on their objectivity, but the truth is that they have acted as an echo chamber for whatever comes out of the White House.

This is why lies about weapons of mass destruction went unchallenged.

Yet the arrangement is not always consistent. The friendly relations between the press corps and the White House broke down with the Trump Administration because the president went out of his way to pick a fight with CNN in public.

However, we shouldn’t pretend that CNN should be entitled to exclusive access to the White House. The media should be oppositional.

So, the sight of President Trump calling CNN “fake news” was oddly refreshing.

Why would any self-respecting journalist want Donald Trump to treat them with anything other than scorn? The outrage from CNN suggested they thought Trump should be embracing them and massaging them with his sticky fingers.

Unfortunately, a lot of mainstream political journalists think they are entitled to access and entitled to convivial relationships with the powerful.

If we want to save journalism, we should discard this ‘thought’ and forget about it forever.

It’s not an affliction unique to American journalists, either. British political correspondents are also snared by the view they deserve special treatment from power, as if this comes with no strings attached.

The Johnson government tried to narrow down the media outfits that can access its briefings (more so than any British government normally does) to exclude any progressive or anti-Brexit publications.

The result was that the approved publications boycotted the briefing. Many journalists saw the government’s decision as a terrible act of censorship.

The exclusivity of the Lobby sets strict limits on political coverage and every Lobby journalist walking out in protest was a rare moment of principle.

But it’s too late.

The Lobby has outlived its usefulness, just not for the powerful.

The best hope for British political journalism is to abolish the Lobby and treat the country’s politicians with the disdain they have earned so well.