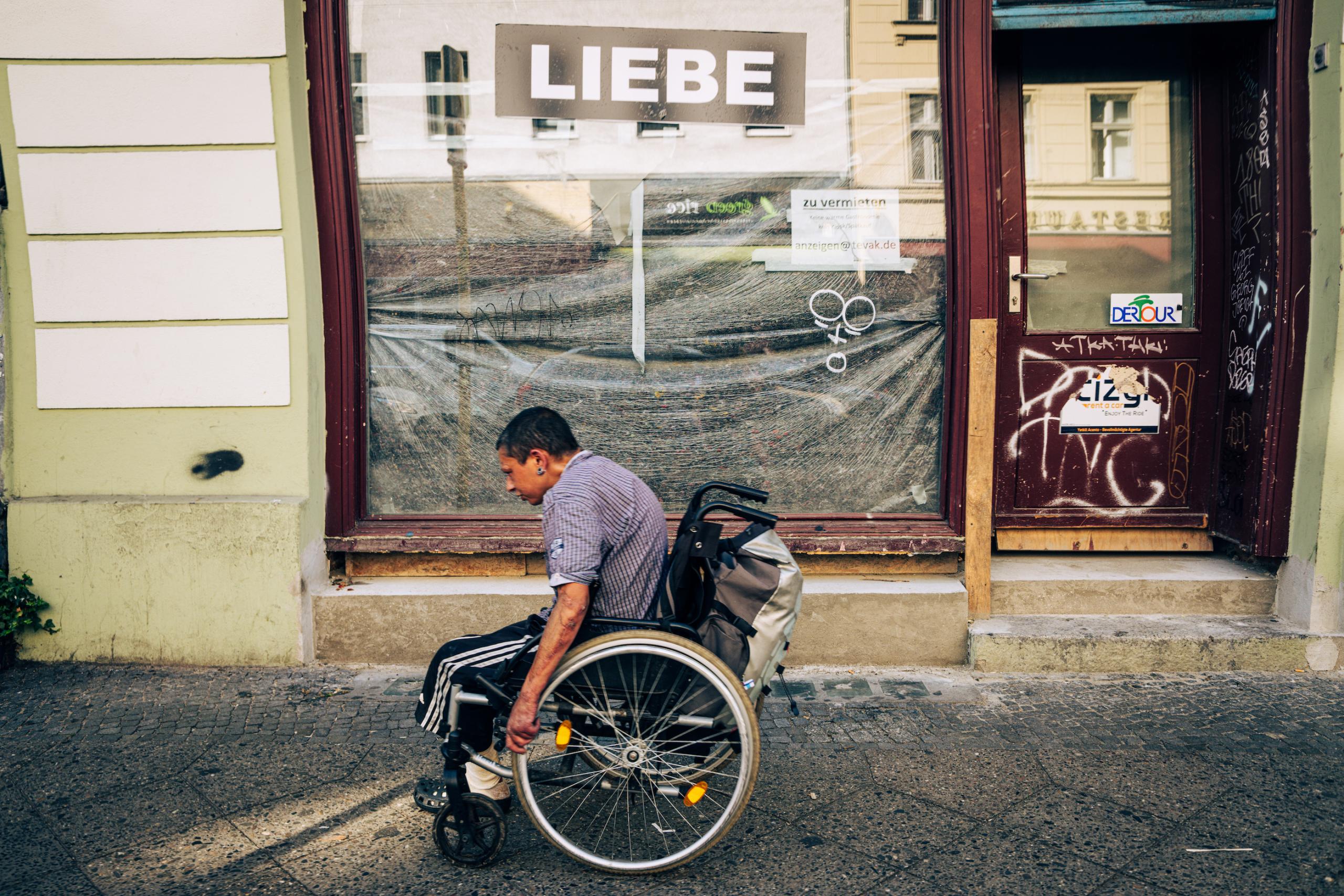 The World Neoliberalism Made

Empire of Democracy, by Simon Reid-Henry

We are living in an era of challenges to liberal democracy that would have been comprehensible to previous generations.

For four decades following the end of the Second World War, the belief that liberal democracy was the only legitimate basis for politics was prevalent in the North Atlantic region.

The existence of communist states in Eastern Europe and Asia was troubling. Yet the common view was that, given the opportunity to make an uncoerced choice, liberal democracy would win.

This view has now been called into question by the rise of right-wing populist regimes, both in Europe and North America.

Communism is no longer a threat in any valid sense of the term. Yet there is a pronounced trend in the North Atlantic world to return to Cold War politics, when communism was perceived as an immediate and existential threat.

In Empire of Democracy, Simon Reid-Henry approaches the topic with appropriate gravity. His is an extensive historical narrative, tracking the history of democracy’s current parlous condition across five decades and multiple continents.

In fact, Reid-Henry’s account is extensive to the point of sprawl, and thus defies brief summarization. His problem, if one can call it that, is much the same as that of Adam Tooze.

Empire of Democracy is so packed with information, both historical facts and apposite anecdotes that it can be difficult to pinpoint the causes of the present situation.

Of course, it is also arguable that this conforms in important ways to the shape of the subject matter at hand.

The crisis of democracy that is defining contemporary politics doesn’t have a single cause. Rather, its origins lie in complex, overlapping historical dynamics.

The narrative begins with the end of the postwar boom in the early 1970s. The destruction of fascism and the rise of communism as the Cold War adversary wrought profound changes on European and American politics and economics.

The decades after the war were shaped by the perceived need to provide a model of life preferable to communism, but also by the view that capitalism hadn’t worked all that well in the years leading up to the war.

These were decades of stable economic growth, characterized (at least in general) by stable patterns of employment and rising wages.

Labour movements in Europe and North America were tamed, eschewing the radicalism of their earlier incarnations for moderate “bread and butter” unionism on the American model of George Meany’s AFL-CIO.

This served the labour movement poorly when the postwar boom petered out after 1973, although the patterns of broad sectoral bargaining persisted longer in Europe (particularly in Germany).

In truth, neither the labour movement nor the left more generally retained much of their critical thrust in the wake of three decades of prosperity. This, they had little to offer in terms of concrete, general strategies when the fat years were over.

A second important theme in this history is the tendency toward oligarchy that can be seen in the development of both states and political parties since the 1970s.

The textbook case of this is the European Union, which has since its inception been characterised by a tendency toward bureaucratic centralism.

The bloc’s democratic deficits (to use Jürgen Habermas’ term) have long created the perception that the union was run by an unelected and unresponsive cadre of bureaucrats, and this has been a crucial feature of the populist narratives questioning its legitimacy.

In the EU, this dynamic was part of a larger trend, the thrust of which was identified by Habermas in his Legitimationsprobleme in Spätkapitalismus (1973).

Jürgen Habermas argued that liberal capitalism was being replaced by a state-interventionist version and was losing its capacity to be a basis for a legitimate, accepted political order.

Whether or not Habermas’s account of this was current, Reid-Henry is certainly right to note that democracy is threatened because of the widespread disintegration of belief in its legitimacy.

Democracy itself has no substance. It’s merely a way of getting things done. To the extent that it works, democracy requires an underlying belief that the system itself is legitimate.

One key feature of the current situation is the demise of this belief. Empire of Democracy points to a number of reasons, not the least important of which is the naturalisation of inequality resulting from the spread of neoliberalism.

The latter term is notoriously difficult to define, but neoliberalism tends to make financial dynamics and processes appear as though they are forces of nature rather than the result of human decisions.

The consequences of this have been particularly profound because political parties of all mainstream tendencies have taken on this view.

Irrespective of what they say to get elected, parties of both the moderate left and right have adopted the stance that there is no alternative to submission to the discipline of international finance and trade.

The result has been a growing perception that the mainstream political system is unresponsive to the needs and concerns of the citizenry.

This goes a long way to explaining the election of Donald Trump, whose willingness to flout the orthodoxies of neoliberalism convinced many poor whites that his might be a government that actually paid attention to them.

The question of responsiveness has further synergised with an increasing level of political polarisation.

This is particularly true in the United States, where the Republican Party challenged the postwar dominance of their Democratic rivals by finding ways to get voters to make choices contrary to their immediate economic interests.

The Republican transition to hardline racial politics was part and parcel of a fundamental transformation of the nature of political competition.

The failure of these scare tactics to stand up to rational scrutiny has resulted in the view that democracy is valid only to the degree that it affirms the superiority of the dominant ethnic group.

The influence of this idea was slower to catch on in Europe. To the extent that it has done so, it has more often been the province of the extreme right, though Macron’s La République En Marche! party qualifies, with its pronounced Islamophobia.

This scepticism of democracy was, according to Reid-Henry, given even greater significance by the 9/11 attacks, the wars that followed them, and the economic crisis that began in 2007-8.

The panic over terrorism resulting from 9/11 (as well as other atrocities that followed it in Madrid, London, and elsewhere) created the spectre of an all-pervading threat.

While one consequence of this was the need to wage open-ended wars around the world, another was the concession of civil liberties required for security.

But the full measure of security seemed always out of reach, requiring ever further intrusions by an unresponsive security apparatus.

The operation of the security bureaucracy, in turn, required ever greater levels of fear to justify its expansion.

The financial crisis was the last straw. There was a pronounced disconnect between the measures taken to bail out the institutions that caused it, and the homeowners left to bear the losses.

Once again, in both Europe and North America, governments seemed to be under the sway of forces beyond the control of normal people, irrespective of which party was in power.

This preceding provides only a smattering of the material that Reid-Henry adduces to illustrate and explain the current crisis of democracy.

His account is even-handed, betraying a moderate sympathy for the left without in any degree absolving it of its full measure of responsibility.

However, the bulk of the challenge to democracy has come from the political right, which has tended to see democracy as a threat to long term processes of accumulation.

Reid-Henry ends on a relatively optimistic note, and it is clear that he by no means regards the situation of democracy as hopeless.

Still, the imbrication of antidemocratic sentiment with a media and political culture increasingly divorced from even the most basic connections to ascertainable facts leaves one to wonder how, in practical terms, the underlying belief in the legitimacy of the system can be revived.

Empire of Democracy is an interesting and thorough treatment of the problem.