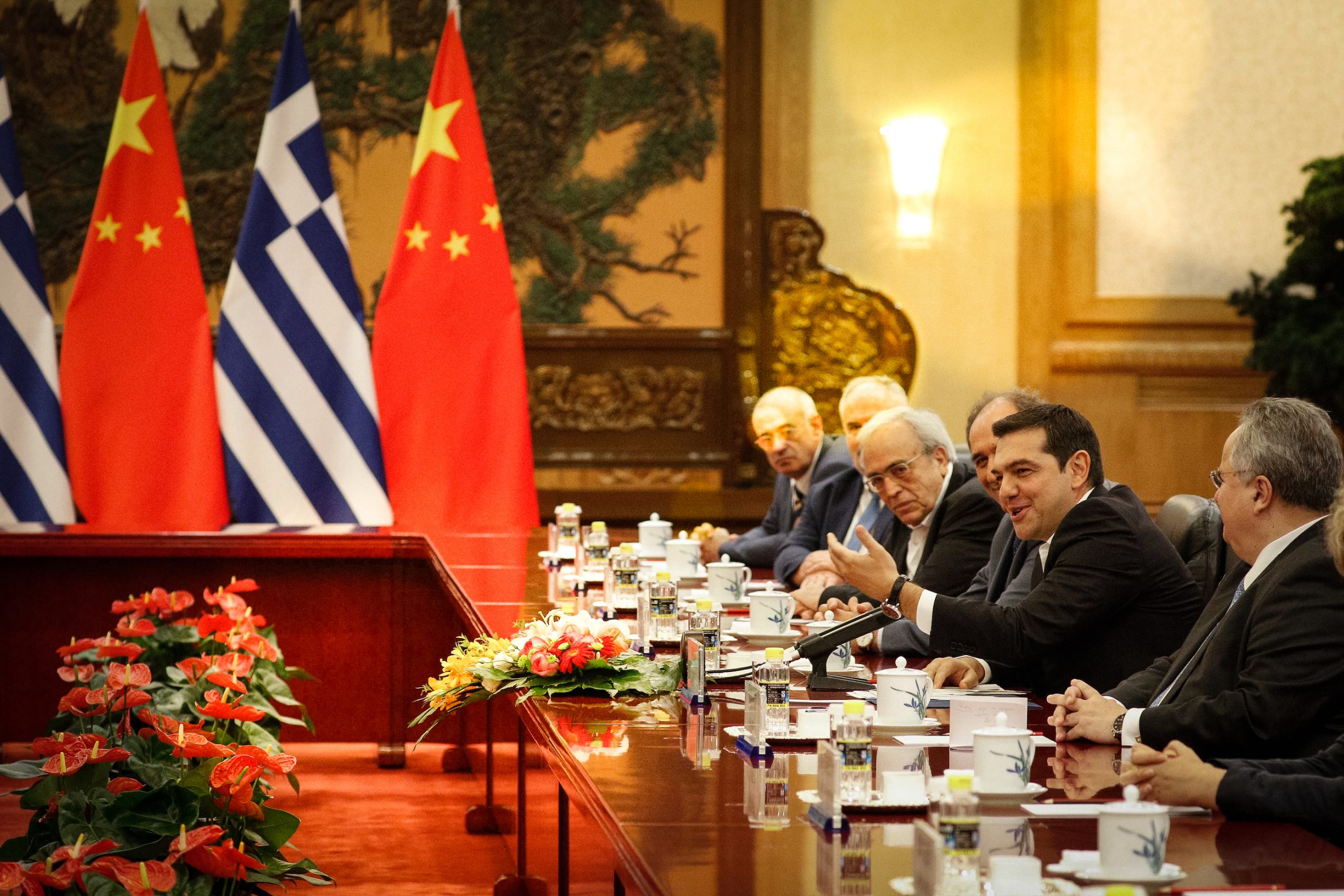 It’s Not a Chinese Plot

In Greek media, the dominant line on China is that Beijing is investing in the country, primarily through its flagship project, in Piraeus.

The fact that Greek shipowners sought out the financing, and gained Chinese concessions in return, is often overlooked.

The controversial practices of Greek shipping tycoons may suggest why.

The Tale of China’s Leadership

The most common misconception about China-Greece relations is that Chinese investment in Greek port infrastructure provided benefits to both countries, at a time when Greece badly needed support.

China’s state-owned shipping giant COSCO became involved in Piraeus, Greece’s largest port, in 2008 with the acquisition of a container terminal, followed by the 2016 purchase of 51 per cent of the company running the port, likely to increase to 67.

This gave Chinese businesses a critical entry point for their Maritime Silk Road, into Europe.

This video by New China TV neatly sums up the official Chinese-Greek “win-win” story, whereby COSCO gets to increase container throughput into Europe, and Greece turns into a “logistics hub”:

Populist fantasies credit the strength of the relationship to heritage: “Greece and China represent two of the most ancient civilizations in the history of humanity,” says the Greek Ministry of Foreign Affairs.

A less romantic analysis, meanwhile, underlines the role of Chinese business during the crisis years:

“China invested in Greece when others shined through their absence,” said Greek prime minister Kyriakos Mitsotakis at the Greek-Chinese Business Forum in Shanghai in 2016.

In the early days of the founding of the People’s Republic of China Greek shipowners were the first to break the blockade and deliver much-needed supplies and equipment to China.

Qiyue conveniently overlooks the fact it was rogue businessmen who took the initiative, not the Greek government.

Athens was allied with the US at the time and followed Washington’s lead in boycotting Beijing.

However, it’s a reminder that Greek involvement in China is not new.

What are Greeks Doing in China?

An increasing number of Greek shipowners build their ships in China, while our biggest port – is becoming a global gateway to Europe for products coming from Chinese and other Asian ports

Tsipras’ conservative successor, Kyriakos Mitsotakis, echoed this during a 2019 meeting in Shanghai with Xi Jinping:

In ships’ supply chain, it is important to look at Greek businesses which have a great know-how in ship supply and may cooperate with Chinese shipyards, so that this market can open up also in this respect. This will be a win-win solution for Greek producers, for Chinese shipyards and, naturally, for Greek ship-owners, who will continue to build their ships in China.

Was COSCO Actually Brought to Greece?

A lesser-known narrative–though by no means concealed–suggests that COSCO ended up in Piraeus through a synergy of Chinese interests and Greek shipping, years before Greece’s national debt crisis.

When we spoke with Konstantinos Tsimonis, Lecturer in Chinese Society at King’s College London, he suggested that Greek shipowners, who control a fifth of global fleet capacity, and over half for the European Union, might be acting as a political mediator or facilitator for Chinese business in Greece:

You don’t just go and invest like that: it matters who brings you and how embedded you are: local agents helped the Chinese navigate through the uncharted–for them–waters of Greek economy and politics. COSCO can bring an issue to the Greek parliament in 24 hours, if it feels its investments are at risk. You can’t do that without strong local partners.

But he also questioned the overall relevance of the Belt and Road Initiative (BRI):

The partnership existed, and would exist whether or not the BRI existed at all. The BRI provides a holistic platform, a vision for all the business activities of both state and non-state Chinese companies. And it also provides them with some basic financing tools.

Greek shipowners are not only part of the BRI story; they are a protagonist in China’s dependence on international trade, according to Sotiris Petropoulos, assistant professor of Political Science and International Relations at the University of the Peloponnese:

For decades Greek shipping has played an important role in the economic growth of China, primarily serving the latter’s need for imports and chiefly raw materials: there are for instance reports that Greek-owned shipping is behind 50 percent of imports of energy resources and 20 per cent of imports of other products/goods in China.

One project that has been discussed in #Beijing is to build a canal trade route from the #Aegean sea to the #Danube river to connect #Greece and central #Europe through the #Balkans in order to expedite the shipping of goods. #China #beltandroadinitiative https://t.co/5HmDMFezd3

In 2014, China’s then-Ambassador to Greece, Zou Xiaoli, summarised the backdrop to the creation of a 5 billion-euro (US$ 5.9 billion) fund meant to support Greek investment in Chinese shipyards:

The Greek shipowners’ support of Chinese manufacturers has contributed significantly to the growth of the Chinese shipbuilding industry. At the crucial moment of international financial crisis in the year 2010, China Development Bank established a US$5 billion fund to help Greek shipowners buy Chinese-made vessels, injecting confidence and strength into our two countries’ long-lasting maritime cooperation.

China is now a leading shipbuilding nation, receiving orders equivalent to 41 per cent of gross tonnage for 2020, second only to South Korea at 43 per cent.

Though they placed more orders in South Korea in the first quarter of this year, Greeks are among the best customers in both countries.

According to Yiorgos Gogos, general secretary of the Piraeus’ dockworkers’ union, one person played a key role in bringing China to Greece long before the BRI started:

We believe that it was Constantacopoulos, of the Costa Mare shipping group, who brought together [Greek prime minister] Karamanlis and the head of COSCO, during the former’s visit to China in 2006. Greek shipowners brought COSCO to Piraeus, and through deals with consecutive Greek governments got the three things that shipowners need most: cargo, orders in Chinese shipyards, and finance from Chinese banks. China is the El Dorado of Greek Shipping.

A Call for Caution

Tsimonis warns that China has no blank check in Greece:

COSCO may encounter problems if it goes too far with monopoly tactics in Piraeus, at the expense of businesses who feel they are also entitled to operate there.

This is about reactions against COSCO’s plans to build shipyards in Piraeus’ existing ship repair zone in recent years.

It also remains to be seen whether and for how long Greek shipowners will continue to benefit.

In an analysis for the Jamestown Foundation, Virginia Marantidou suggests that the terms of leasing agreements by Chinese shipping lenders may lead to a debt trap for some Greek shipowners.

The very terrain of shipbuilding may change, despite support from the Chinese state. Tsimonis warns:

The rising cost of labour in China may lead to the transfer of some Greek shipbuilding work to places like Indonesia.

Why are Greeks ill-informed, and unconcerned by the activities of Greek shipowners overseas?

The reasons are not entirely clear. But for years, shipowners been controversial, because the Greek treasury earns very little from them.

Despite a commitment by the incumbent government to change this, only 14 per cent of Greek-owned ships are actually registered in Greece.

The rest are listed in open registries such as those in Liberia, the Marshall Islands and Malta, a practice known as “flying flags of convenience”.

Out of the 200 leading Greek-owned shipping companies, 156 do not have a single vessel flying the Greek flag.

Thus the disparity between the support afforded to these businesses through Chinese-Greek relations. Their contribution to Greek society remains a cause of tension.

This story is part of a Civic Media Observatory investigation into competing narratives about China’s Belt and Road Initiative, and explores how societies and communities hold differing perceptions of potential benefits and harms of Chinese-led development. To learn more about this project and its methods, click here.

This article originally appeared in GlobalVoices and is adapted with permission.  Photograph courtesy of the Greek Ministry of Foreign Affairs. Published under a Creative Commons license.