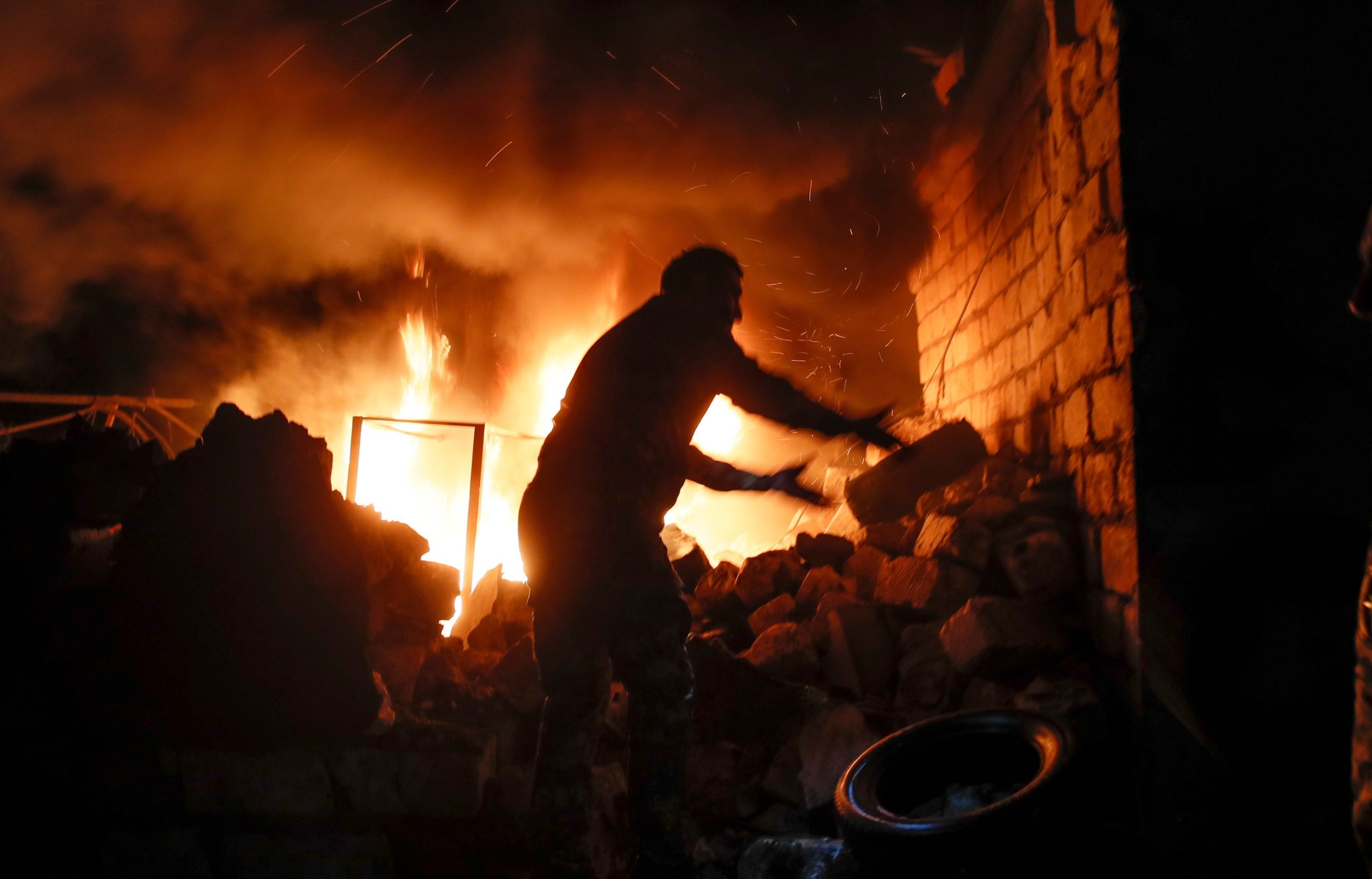 A new report published by the International Partnership for Human Rights and Truth Hounds details extensive violations of international humanitarian law by Armenia and Azerbaijan during the Second Nagorno-Karabakh War.

The violations cited include unlawful bombing, extrajudicial killings, and torture.

Of those, it attests that 32 incidents qualify as “indiscriminate and/or disproportionate attacks on civilians” and violate international humanitarian law.

The International Partnership for Human Rights (IPHR) is a Brussels-based independent human rights NGO. Truth Hounds is a Kyiv-based human rights organisation that documents war crimes and crimes against humanity in war.

According to the report, Azerbaijani forces used “inherently indiscriminate weapons including cluster munitions” and undertook “indiscriminate or disproportionate bombings” throughout Nagorno-Karabakh, including in the cities of Stepanakert (Khankandi), Martakert (Agdere), and Martuni (Khojavend).

The attacks investigated resulted in 20 civilian deaths as well as “numerous injuries and the widespread destruction of civilian housing, shops and other infrastructure.”

Attacks using “inherently indiscriminate weaponry” on infrastructure used by both civilians and the military, such as the Stepanakert electrical substation and telecommunications equipment, were found to be “disproportionate to the potential military advantage sought” and to have caused “extensive harm to civilians and excessive damage to civilian infrastructure.”

Additionally, the investigation found that had it not been for the “many bomb shelters” in Stepanakert, “there would have been many more civilian casualties.”

In Martakert, the report notes that only one legitimate military target, an army base, was located within the city, and “it had been badly damaged and all-but-abandoned following the first week of conflict”.

As a result, attacks on the city “using inherently indiscriminate unguided artillery and aerial bombs” between September and October could not be justified under international humanitarian law.

In Martuni, investigators found that for most of the war, the “closest legitimate military target” was roughly 1 kilometre from the edge of the city, and that there were no targets within Martuni itself until the final days of the conflict—at which point Martuni had become part of the frontline, and “Armenian/Nagorno-Karabakh forces moved in.”

As a result, the report argues, repeated unguided artillery attacks on Martuni/Khojavend at the end of September and throughout October 2020, were “indiscriminate” and a violation of international humanitarian law.

IPHR/Truth Hounds also verified 13 attacks on Azerbaijani civilians by Armenian forces during the war, which resulted in 80 civilian deaths.

According to the report, nine of the incidents were “indiscriminate and/or disproportionate attacks” that violated international humanitarian law. The report verified attacks in the cities of Ganja, Barda, and Terter, among others.

In Ganja, the investigators verified three separate attacks on the city, two of which featured the use of SCUD missiles.

The attacks killed civilians, destroyed homes, and, according to investigators, were a “flagrant violation” of international humanitarian law.

Investigators found that in all three cases there were no legitimate military targets in the areas that were hit.

The only legitimate military target, the Ganja city airport, is located “outside of the urban area that came under attack”.

Further evidence gathered by investigators appears to show that one of the attacks on Ganja was launched from the municipality of Vardenis in the Republic of Armenia.

Investigators also verified a cluster munition and blast fragmentation warhead attack on the city of Barda on 28 October by Armenian forces.

The attack killed 24 civilians—the largest daily civilian death toll during the entire conflict. According to investigators, “there were no nearby military targets, and no military casualties or damage were reported”.

In the city of Terter and surrounding villages, the report verified “civilian deaths, a multitude of civilian injuries and the total or partial destruction of civilian housing, shops and a school” as a result of “sustained fire” from Armenian forces.

According to investigators, “there were no legitimate military objectives located in the areas targeted by the attacks”.

The extrajudicial killings of both POWs and civilians were documented on video and appear to have been carried out by the Azerbaijan Marines Special Forces unit.

According to the report the killings have “no justification” in international humanitarian law and are a “grave breach” of the right to life.

Investigators have not found any indication that investigations into these incidents “if any, have been independent, prompt, public and effective or resulted in any criminal prosecutions”.

The investigation has also seen “unverified evidence” of two executions of wounded Azerbaijani soldiers by Armenian forces. If these killings are confirmed, they would be in violation of international humanitarian law.

Under international humanitarian law, the Armenian government is obliged to “conduct independent, prompt, public and effective” investigations into these incidents, but to date “there is no indication that the Government of Armenia has complied with these obligations”.

Other Violations of Humanitarian Law

IPHR/Truth Hounds have documented widespread torture of Armenian POWs held by Azerbaijan, as well as three cases of “ill-treatment and violence against Armenian civilians” by Azerbaijani forces.

They have also documented seven cases of “ill-treatment of Azerbaijani POWs by Armenian forces that “meet the threshold of torture. Another three cases, captured on video, including one which ‘may have resulted in the victim’s death’ require ‘further investigation”.

“Armed forces on both sides deliberately and indiscriminately fired on civilians with heavy artillery or air support, sometimes killing or wounding whole families,” Roman Avramenko, Truth Hounds’ director said in a statement released alongside the report.

“The international community cannot let this pass without sanction, for it would render the laws of war meaningless.”

This article originally appeared in GlobalVoices and is reprinted with permission. Photograph courtesy of Voice of America/Wikimedia. Published under a Creative Commons license.