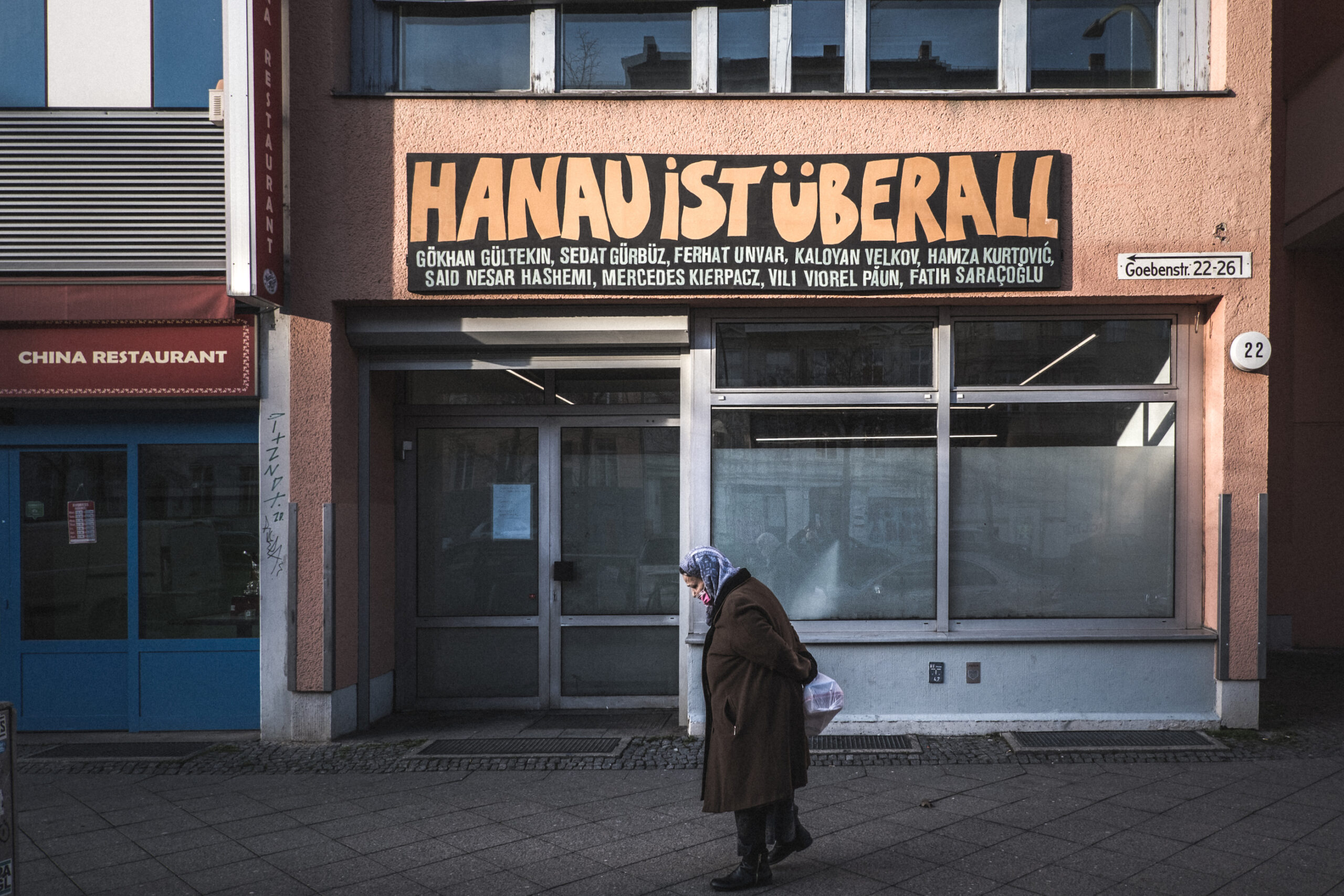 Nationalism is back. Commemorating the Hanau killings, Berlin.

Germany: A Nation in Its Time, by Helmut Walser Smith

Nationalism has been the most influential politics in Europe since the dawn of the 19th century (to say nothing for the moment about the wider world).

German nationalism was among the most important factors in the grimmest turns of the 20th century, although it was by no means as responsible as it was sometimes made to seem.

The rise of Alternative für Deutschland and the National Socialist Underground have put the horrors of German identity politics, long muted in the wake of WWII, back in the spotlight.

In this respect, Germany: A Nation in Its Time, is extremely timely. Written by the eminent Vanderbilt historian Helmut Walser Smith, it is a book which cannot be said to lack ambition, aiming as it does to tell the story of German nationalism from 1500 to 2000.

Any historical project which takes as its scope a period of five hundred years must be judicious and focused in its selection of historical evidence, to avoid becoming physically as well as intellectually unwieldy.

Germany: A Nation in Its Time reflects a truly remarkable level of erudition, engaging with topics ranging from 16th-century cartography, the Thirty Years War, German Romanticism, the Weimar Republic, National Socialism, and the Cold War, to name only the most prominent.

There are a number of ways that histories can be written. But the strategic choice confronting any historian is whether their project will be longitudinal, focusing on change over time, or latitudinal, comparing events or politics in a defined period.

This is not to say that the two cannot be combined, at least in some measure. However, generally, one approach or the other predominates.

Germany: A Nation in Its Time is of the longitudinal variety. This is a perfect approach to German nationalism. Given its connection to one of the most brutal periods in the 20th century, the claim that it can stand topically on its own has prima facia validity.

However, telling the story of German nationalism to the exclusion of other nationalisms, especially over such a long timeframe, makes it difficult to follow exactly what is being talked about.

This is, in part, a problem with the subject matter rather than with Smith’s treatment of it. The way Germany was conceived of at different historical moments varied so radically that it takes a great deal of effort, even for readers well-versed in the topic, to follow its vicissitudes.

Although Smith goes to some lengths to signpost the transitions, Germany: A Nation in Its Time often reads like a series of well-constructed vignettes rather than as a cohesive whole.

A second issue relates to the overall periodisation of the project as seen in the secondary subtitle, “Germany Before, During, and After Nationalism.”

All works of history must make periodisations that are more or less arbitrary. 1500 is a reasonable starting place if one is going to describe Germany (or any European state) before nationalism.

“During” is certainly not problematic. The approach taken to “after” is less satisfying.

Smith distinguishes between an “age of nationalism”, comprising the latter half of the 19th century and the first decades of the 20th, and a “nationalist age”, closing at the end of the Second World War.

This in itself is not an unreasonable distinction. But describing the period of German history between 1945 and 2000 as in any meaningful sense “after nationalism” creates problems, as the author himself acknowledges.

German nationalism didn’t disappear in the 1950s and 1960s. Its manifestations were profoundly different than they had been in the preceding forty years, both more muted and more subterranean.

However, the imbrication of ideas of the nation in the bipolar struggles of the Cold War gave even the ostensibly discredited far-right of the German political spectrum scope for political action and the recreation of the national idea.

Given the contours of 20th century German history, the year 2000 seems like an odd choice for an endpoint.

1990 would have been a more natural ending, although that would have created problems of its own, particularly because discussion of the history of the GDR is particularly sparse.

But the more profound issue with ending with the millennium is that it relegates the resurgence of German nationalism, particularly in its modern populist form, to an afterthought.

Smith could hardly fail to recognise this fact, and he covers these phenomena in an epilogue. But this leaves the reader feeling as if the endpoint has been selected to square away the corners of the narrative.

Writing history as the precursor to the present is a recipe for failure. It implies the tendency to compress the variety and contingency of the past into preparation for the moment in which we find ourselves.

One can only see the past from the time that we inhabit. But responsible historiography depends on the historian being sensitive to the ways things might have been otherwise.

That said, it is hard not to want such a thorough history to take more account of the ways the national and nationalist past are getting reconstructed by groups like AfD in a new and effective mode of politics.

With federal elections looming in September, Germany’s mainstream parties are once again in search of a strategy for confronting the growing strength of the national populist right, along with the threat posed by extremist infiltration of the security forces.

Angela Merkel’s Christlich Demokratische Union Deutschlands (CDU), a bastion of moderate conservatism, is being forced to tack to the right, to avoid losing voters to the AfD, while at the same time mooting the possibility of collaborating with the Die Grünen (The Greens) and the Sozialdemokratische Partei Deutschlands (SPD).

The former has seen its fortunes rise, while the latter seems mired in the morass afflicting European social democratic parties in the wake of their ill-conceived pivot to neoliberalism.

Questions of nationalism constitute interesting dimensions with all of the mainstream parties, as well as in the case of Alternative für Deutschland, which in its more radical phase in the last five years seems often to be touching on nationalist extremes which have been taboo since 1945.

Germany: A Nation in Its Time is by no means a bad book. Quite the contrary. It provides a wealth of interesting and illuminating material on its role in German history. But it doesn’t quite live up to the distressing moment in which we find ourselves.

Nationalist thinking in Germany in the months and years to come will shape the fate of the country again, in ways unfathomable during the Cold War.

One might reasonably wish that its persistence had been acknowledged by Smith. His lack of focus on the issue typifies a lack of liberal German concern with the problem, precisely at a time of extremist resurgence, when the country needs to focus on it the most.

No matter how much progress Germany has made since WWII, the threat has remained. Whether due to the decline of its welfare state, or the bungling of reunification during the 1990s, there was never an end to nationalism, just varying degrees of containment.