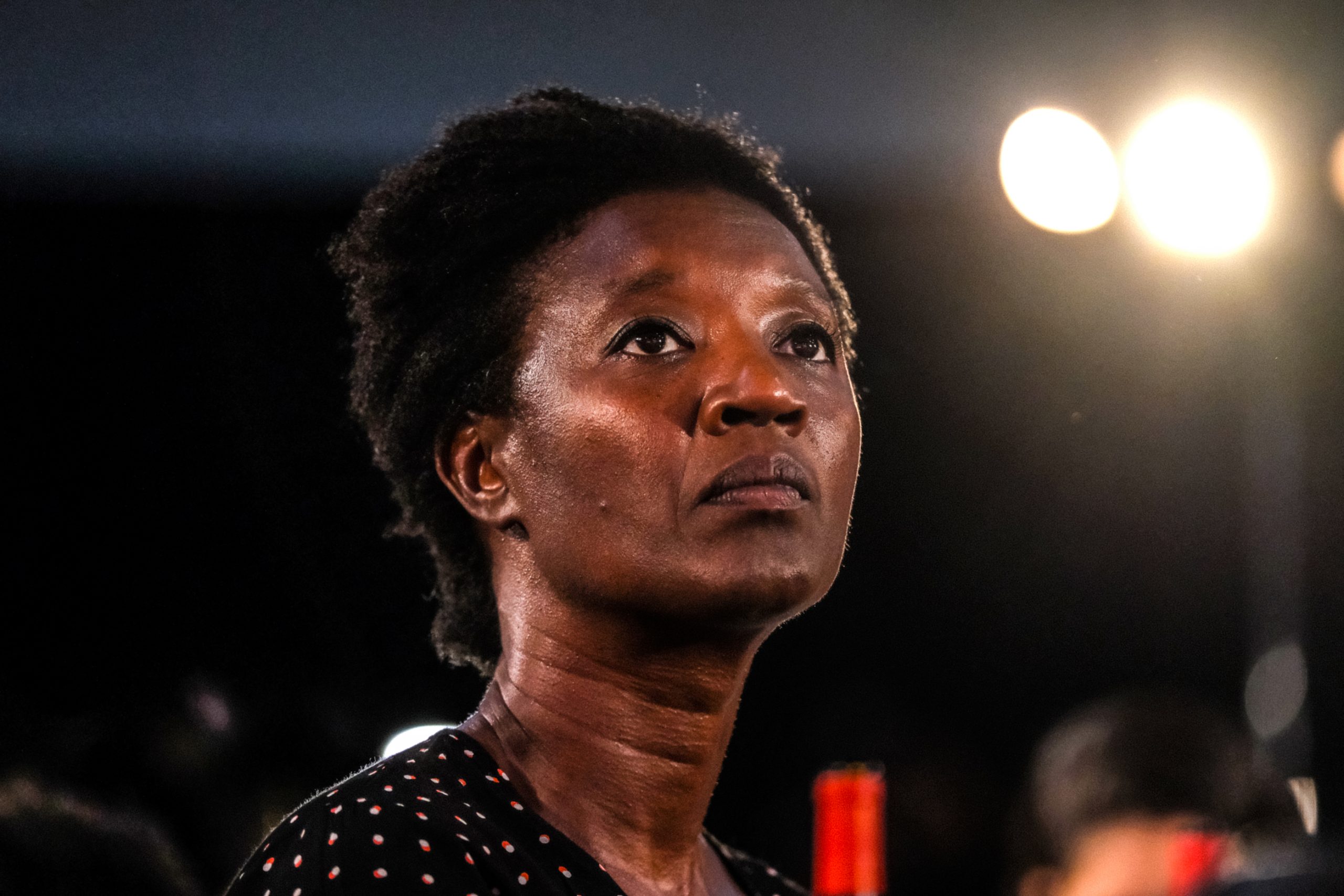 In Lisbon’s Fall election, Beatriz Gomes Dias could become the first woman of African descent to lead the Portuguese capital, if her coalition wins a majority on the city council.

Elected as a member of parliament for the Bloco de Esquerda (Left Bloc) in 2019, Dias is one of just three black women in the current parliament, though she has served as a Lisbon city representative since 2018.

In March 2021, she agreed to be part of Bloco de Esquerda’s list of candidates for the city’s local elections. Born in Senegal in 1971, Dias is of Guinean descent and has lived in Lisbon since she was four and was a high school biology teacher.

A longtime anti-racism activist, the lawmaker is a member of the organisation SOS Racismo and the founder of Djass (Association of Afro-descendants), which led the charge, in 2017, to build the city’s Memorial in Honour of Enslaved People.

Dias said at the announcement of her mayoral candidacy:

I believe it is possible to build another Lisbon. A more liveable city, more inclusive, more cooperative, less unequal and with more memory. A Lisbon with the courage and determination to face the social crisis we are experiencing, the climate emergency, racism and all forms of discrimination. A city that is not serving the interests of the few, but that is truly the city of everybody.

Young people would undoubtedly be very well represented if she were elected. The climate crisis, racism and xenophobia are, without a shadow of a doubt, serious problems for the near future (unfortunately), which young people will have to face.

Commenting on one of Dias’ Facebook posts, Génio Eugénio emphasised the multicultural aspect of her achievements:

Beatriz, when I look at you with great pride, it makes me say to all the children that ‘no matter where you come from, believe that your dreams will always be worthy’. Thank you for making us feel represented.

Beatriz Gomes Dias has been the target of racist attacks, including death threats, since she won her seat in parliament.

In August 2020, the MP — along with two other female legislators, Mariana Mortágua and Joacine Katar Moreira (who is also black) — received an anonymous email giving them “a 48-hour deadline” to “resign from their political functions and leave Portuguese territory”.

If they failed to do so in order to “guarantee the security of the Portuguese people”, the email threatened, their families would be harmed.

The email was also sent to individuals linked to social and left-wing movements, including Mamadou Ba, director of SOS Racismo; Vasco Santos of the Movimento Alternativa Socialista (MAS); Jonathan Costa and Rita Osório of the Frente Única Antifascista; trade unionist Danilo Moreira; and Melissa Rodrigues of Núcleo Anti-Racista do Porto .

President Marcelo Rebelo de Sousa condemned the threats made against the three politicians and the activists:

A racist act with criminal aspects against politicians is as reprehensible as against any other Portuguese citizen.

Ferro Rodrigues. president of the Assembly of the Republic, also spoke about the case to the news outlet Agência Lusa, stressing the gravity of the intimidation attempt:

The attempt to intimidate members of parliament and political activists is sufficiently serious that, as President of the Assembly of the Republic, I cannot (and would not want to) fail to condemn it, and I also express my full support for those affected.

In a 26 March podcast, Dias spoke about the racist messages she has been receiving on social media since being elected:

I fight the hate speech directed at me by proposing public policies against the exclusion and discrimination of black people. We are the heirs of the liberation fighters, towards a collective cause.

Around the same time, Facebook user Ricardo Santos acknowledged that Portugal has not yet moved on from its history of racism:

Portugal has not yet truly reconciled itself with its own history. This episode and so many others thoroughly demonstrate that as long as the country is not able to broach both the great epics of the discoveries and the horrors related to colonization and slavery at the same time, it will be difficult, if not impossible, to avoid these primitive racisms.

Apart from Dias, the only other black female members of the Portuguese parliament are fellow Portuguese-Guinean Joacine Katar Moreira, and Romualda Fernandes, who was born in Guinea-Bissau.

In the midst of the October 2019 elections, Moreira said that the election of the female members of parliament “should not only be seen as an achievement but as a fundamental tool” in contributing “to the strengthening of democracy and the republican ideals of liberty, equality and fraternity”.

This article originally appeared in GlobalVoices and is reprinted with permission. Photograph courtesy of Esquerda.net. Published under a Creative Commons license.