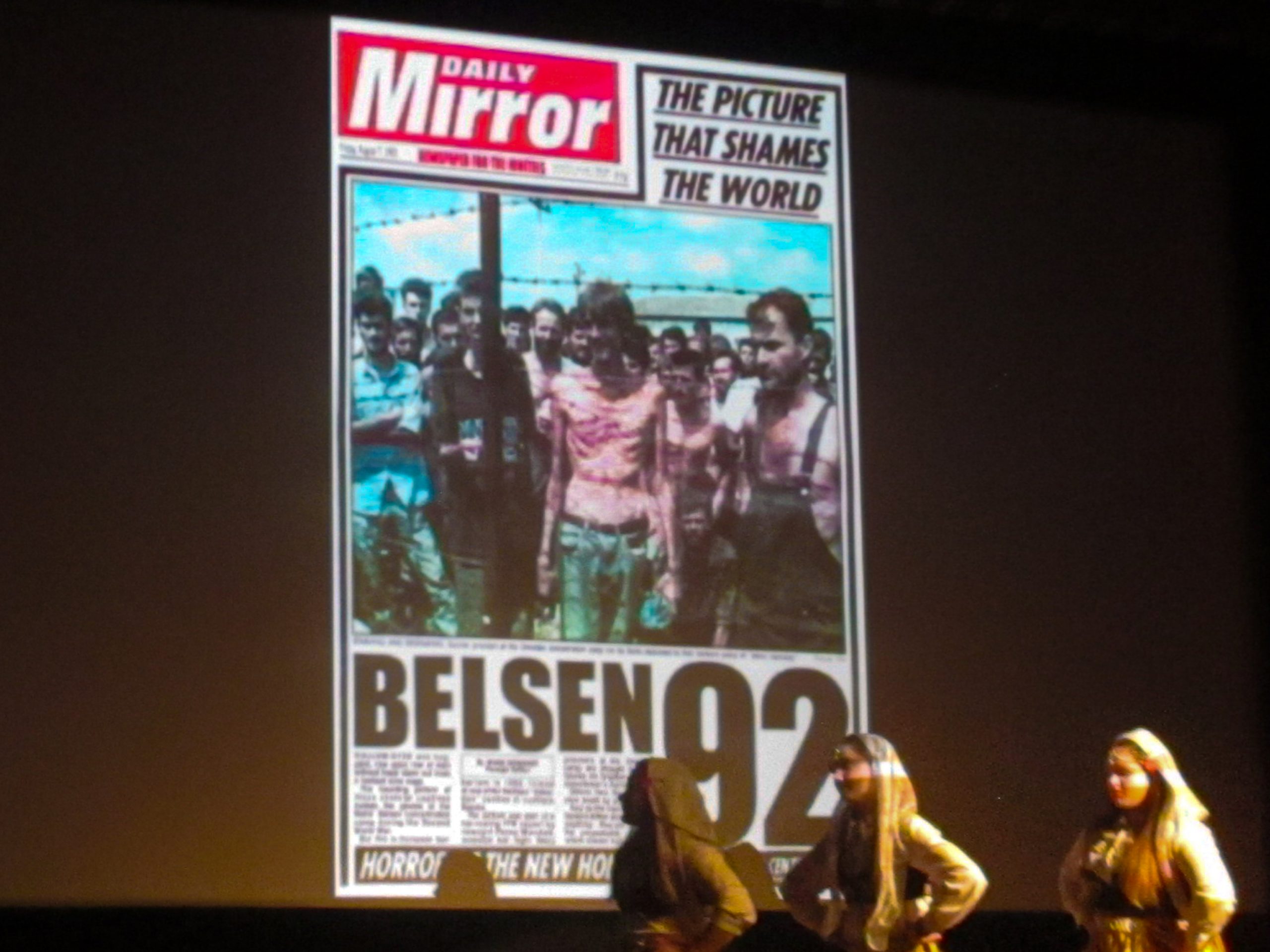 Tabloids are synonymous with terrible journalism. This reputation is more than deserved, yet the story of one tabloid shows that the press can be so much more than it is.

Skip back 50 years. The Daily Mirror was different to the tabloids we know today. It was a daily newspaper that catered to the working class and ran stories on some of the most important events in living memory. And the Mirror did so in plain English.

The Daily Mirror was the home of journalists like Paul Foot and John Pilger. People who believed that journalism could change the world were welcome at the newspaper. This was long before the likes of Piers Morgan became editor.

Pilger would later immortalise the newspaper’s sorry decline in his documentary Breaking The Mirror. “It was a tabloid when tabloids still meant a people’s newspaper that respected its readers and earned their trust,” he said.

“I worked on the Mirror for 23 years and saw these qualities make it the greatest selling newspaper on earth, read by up to a quarter of the British population.”

The right-wing papers kicked up a fuss when Pilger was given just seven minutes on Radio 4’s flagship Today programme in 2014. He is either written off as an anti-American crank or gets ignored.

There was no such scorn when the Mirror published Pilger’s work on the Cambodian genocide. Indeed, the newspaper sold every copy it printed on the crimes of the Khmer Rouge. This in itself was a historic achievement for a newspaper.

Right-wing newspapers like The Sun and The Daily Mail can claim a far greater circulation today, but no newspaper can claim it wasn’t left with excess copies after a print run.

The world of British journalism has changed for the worst with the decline of the Mirror.

A Different Kind of Tabloid

Right-wing gutter journalism has become so dominant in Britain that it is difficult to imagine what a different press would look like. However, none of this was preordained. There was an alternative in the mainstream media that dominated the national discourse from the 1940s to the 1970s.

It was the Mirror style of tabloid. The newspaper developed a unique populist approach to news coverage that brought together progressive viewpoints with strong news values and clear language. The paper covered social issues. It wasn’t about celebrity gossip or lifestyle coverage.

Originally, the Mirror was founded as a women’s newspaper. It broke the conventions of the day and soon became a mass-market paper.

Yet, the paper was defined by its support for the troops in the First World War. The Mirror‘s main criticism of the government was that it failed to provide enough shells to break the Kaiser.

The story gets more impressive when it comes to the Second World War. During the 1930s, the Mirror ran copy opposing fascism at a time when many respectable British newspapers were either supporting appeasement or explicitly supporting fascism.

While The Daily Mail was running headlines sympathetic to Oswald Mosley’s Blackshirts, the Mirror was warning its readers of what was coming.

Once the war was over, The Daily Mirror broke with Fleet Street and called on its readers to not vote for wartime leader Winston Churchill. The newspaper could not explicitly back Labour because many of its own directors were anti-socialist.

So the slogan ‘vote for them’ was picked. ‘Them’ was a broad signifier, hinting at the troops and warning against a return to the nightmare of the 1930s. As a result of this approach, Mirror readers voted Labour in droves.

The Labour government elected in 1945 changed the course of British history. Clement Atlee nationalised entire industries and built the National Health Service. Social democracy took hold in the UK and would define British life for decades.

By the 1960s, the Mirror had evolved into a faceless publishing company. It was the biggest newspaper in a vast media group. The International Publishing Corporation (IPC) had grown beyond the need for a strong personality at the top. The days of the press baron were no more, or at least not at the Mirror.

Nevertheless, the IPC was still run by powerful personalities. For many years, the dominant figure was the Mirror Group chairman Cecil King and his protégé Welsh journalist Hugh Cudlipp, the pioneer of the tabloid. These two men helped make the Mirror one of the most impressive post-war newspapers in the world.

Cudlipp was an old-fashioned social democrat and believed that the popular press should stand up for the masses, but also try to educate them and improve society along the way.

The editor held a paternalistic view of the public and the role of the newspaper in society. However, The Daily Mirror was tied to a centre-left agenda and inclined to promote the Labour Party under Harold Wilson.

And yet the 1964 victory set off a chain of events at the Mirror that would become notorious. Cecil King became disenchanted with Wilson after the Labour leader refused to award him a hereditary peerage. He soon began listening to anti-Labour business leaders whispering in his ear.

Worse still, King began to have delusions of grandeur. This culminated in the chairman attempting to bring down the Labour government. He even hijacked the Mirror’s front page to call for Wilson to go, but his mission to ruin the Labour leader went much further.

One day Cecil King invited Lord Mountbatten to lunch at his home in Knightsbridge. Mountbatten brought along Chief Scientific Advisor Solly Zuckerman. It was supposed to be a normal lunch, though it would be no such thing.

King pitched the idea of a coup d’état against Harold Wilson. He wanted to establish a national unity government with Lord Mountbatten as its head and himself as a prominent cabinet minister (naturally).

Instead of a cabinet position, King was ousted from his role at the top of the IPC. His old friend Hugh Cudlipp, backed by company directors, moved against him and succeeded him. It seemed like the Mirror was safe, but a new threat was just around the corner.

The Fall of Fleet Street

The British tabloid is renowned for its aggressive, vulgar and sensational style. It is also seen as a style synonymous with a right-wing slant. Yet the history of the tabloid up until the 1970s was quite different.

The decade was a transitional period for much of the world, but also for the mainstream media. The old order was about to fall apart, and a new order would emerge and take its place. Few people could see who was coming over the hill, namely Rupert Murdoch.

Murdoch imported the Australian style of right-wing tabloid to the UK. First, he took over The News Of The World and reinvigorated the Profumo affair by publishing Christine Keeler’s diaries. He followed this up by buying a small, struggling newspaper called The Sun from the Mirror in 1969.

Murdoch reinvented the newspaper overnight and doubled its circulation in just 100 days. He would use The Sun to challenge the Mirror and ratchet down the standards that the paper had built since the Second World War.

Rather than sticking to its own approach, the Mirror tried to compete with Murdoch. The paper was gradually dragged down by this in the early 1980s when disaster struck. Murdoch’s rival Robert Maxwell bought the Mirror in 1984.

Maxwell swiftly turned it into a megaphone for self-promotion. He even tried to use John Pilger as a courtier reporter and asked him to come with him on business trips to publicise his glorious achievements.

After 18 months, more than one million people stopped reading The Daily Mirror. Maxwell almost killed the paper during his reign. Not just in terms of circulation either, Maxwell embezzled the company’s pension fund.

All of this would later come out after Maxwell took his last voyage on his prized superyacht named The Lady Ghislaine (after his daughter). He was relieving himself over the side of the vessel when he suffered a heart attack and tumbled into the water.

When the news broke, the Mirror was still so snared by the Maxwell myth that it mourned for him as the paper’s saviour. This was extremely embarrassing when the vast fraud was uncovered. The Mirror would survive the Maxwell scandal.

Today the legacy of the pre-Maxwell era lives on. Many working-class families are still Mirror readers and the newspaper is handed down through the generations. Unfortunately, the paper isn’t even a shadow of its former self.

It is still the only household name in the media that supports Labour at every election. However, the Mirror has tried to compete with the Murdoch press for more than four decades and, in doing so, has lost a lot of the brilliance it once had.

No longer does The Daily Mirror pose a challenge to the establishment, let alone the right-wing press. It’s hard to imagine an alternative in the mainstream today.

The future awaits a break with the tabloid press, but the present is unforgiving.