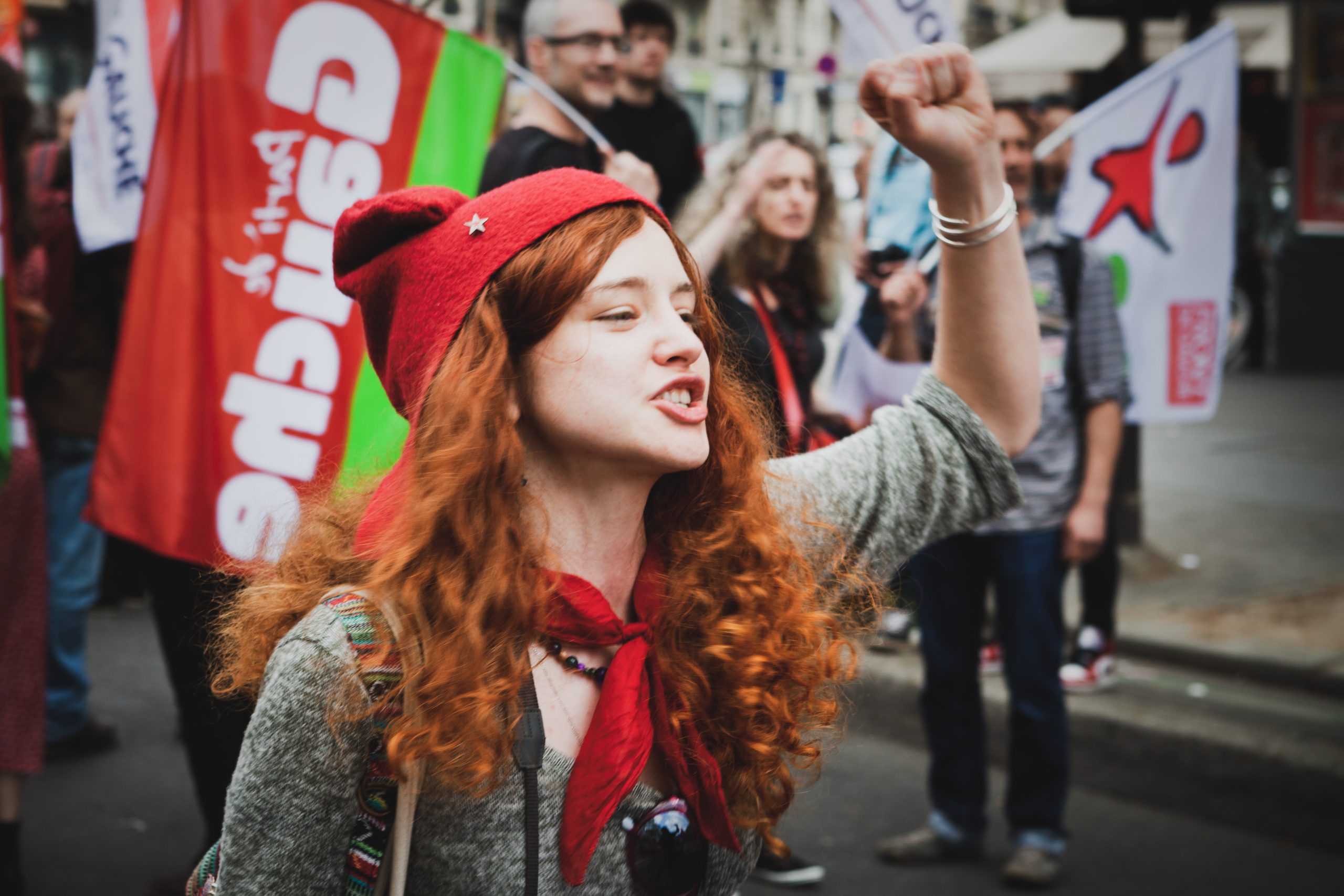 The End of the Left

The Last Neoliberal, by Bruno Amable and Stefano Palombrini

There is a case to be made that the left is dead.

Attempts to understand why have taken place under less than ideal conditions, as progressives repeatedly assess blame and scheme for a return to relevance.

At the same time, under the guise of national populism, the far-right has been in the ascendant.

Putting aside four years of Trumpism in the United States, its advances in countries formerly home to powerful left-wing parties, like Italy, have been profound and alarming.

It is one thing for populist movements to get traction in Eastern and Southern Europe. The democratic cultures of Poland and Hungary, Greece, and Spain are of fairly recent provenance, and therefore prone to a degree of instability.

The rising influence of the far-right in the United Kingdom, France, and Germany is a matter of more profound concern. Britain and France are the ancient heartlands of both liberal democracy and working-class radicalism in Europe.

While Germany had been the seedbed of National Socialism, its defeat had seen the rise of one of the most stable democratic cultures in Europe.

While the work of coming to terms with the heritage of National Socialism was less than ideal, liberal democracy thrived after the adoption of the post-war federal constitution in 1949.

But, one by one, the dominoes fell. In the context of an ill-conceived referendum on continued membership in the European Union, undertaken by a conservative prime minister, the UK began the tortuous process of cutting ties with the EU.

Logically, more radical movements rose to the fore, ranging from UKIP and the Brexit Party to the English Defense League, only to have their programmes absconded by the Tories.

In Germany, the far-right got a different kind of traction.

With the country exerting a dominant influence on European fiscal policies and banking, the ability of Alternative für Deutschland to become the official opposition party poses an enormous threat to Europe’s post-war order.

This week, for example, Germany’s constitutional court froze the EU pandemic recovery fund, negotiated over for months, by the European Commission. The fund, German press sources allege, was likely challenged by the AfD, due to its partial mutualisation of European debt.

The difference between blocking the fund, and allowing it to move forward, is the European Union’s recovery from the pandemic. The fact that it could be halted in Germany, by a nationalist party, exemplifies the power that Germany holds in the EU, as its most influential member state.

In a country only decades removed from Hitler, the return of the far-right to positions of influence like this forces us to reconsider how far Germany has actually travelled since then.

The fact that the AfD has not been damaged in the polls by the Corona crisis, while the centre-right has lost significant support, reinforces the significance of its success in reportedly blocking the EU package.

The situation in France is arguably the most emblematic of the transformation of European politics. The rise in influence of the Front National (now Rassemblement National) and the concomitant decline of the Parti socialiste, typifies the zeitgeist.

In The Last Liberal: Macron and the Origins of France’s Political Crisis, political scientists Bruno Amable and Stefano Palombrini argue that the rising influence of neoliberalism in France can be directly linked to the growing influence of capitalism on the electoral left.

In the 1970s and 1980s, a split developed within the PS between those committed to the older patterns of social democratic activism, and a rising technocratic left.

For the latter, the goal was not the assertion of worker control or the reconfiguration (much less the abolition) of the market, but rather to make capitalism work better.

Having accepted the latter approach, French socialism began in the latter days of the Mitterrand government to embrace policies indistinguishable from those espoused by the neoliberal right.

Why did French Socialist government under Mitterand embrace austerity and hawkish inflation stance? An interesting conversation on how French left learnt to stop worrying and love neoliberalism.https://t.co/WKkLZoc8mw

Amable and Palombrini argue that this process began in peripheral sectors of the economy, moving only later to encroach on the previously sacrosanct prerogatives and protections of skilled blue-collar workers and civil servants.

The consequence of embracing austerity and related measures was that, while the PS continued to pay lip service to the political ideals that had shaped its earlier incarnations, the outcomes which its stints in power produced were increasingly disappointing to its traditional base.

At the same time, the party leadership became convinced that future electoral successes were to be achieved by moving toward the centre.

The result was a political mutation, whose development was intensified by association with European unification.

The European Union is a bellwether for broader political questions because its content is neither left nor right. Integration in EU structures was seen by some on the left as a way of de-emphasising nationalism and sovereignty by mixing French politics with those of Europe.

At the same time, participation in the EU resulted in the imposition of rules and structures, particularly with regard to currency and government finance.

The question to be asked is whether the desire for austerity and fiscal rectitude (along with cuts to the social safety net) impelled France’s socialists toward Europe or became necessary because of it.

What is clear is that European unification began to disrupt the left-right divide in French politics.

The rise in influence of the Front National is a direct result of the PS courting working-class constituencies while pursuing neoliberal policies that were damaging to them.

The importance of The Last Neoliberal is twofold. On the one hand, it provides an excellent basis for understanding the current shape of French politics, particularly the neoliberalism of Macron and his conflict with the Gilet Jaunes.

The demands of the latter, centred on the defence of the economic status of the lowest and lower-middle strata of French society, were inflected with a cultural chauvinism characteristic of Marine Le Pen’s far-right Rassemblement National.

Macron’s success is based on the fact that he is, faut de mieux, the guy most likely to deliver the goods for the middle and upper strata of French society. No one likes him very much, but a large proportion (though not as large as in former days) don’t like anyone any better.

But there is a broader issue here. One of the key factors in the rise of the European far-right is the decline of the post-war left. The adoption of capitalism by major social democratic parties laid the groundwork.

In the United Kingdom, the rise of Blair’s New Labour signalled a departure from the electoral failures of socialist Labour under Neil Kinnock.

Blair’s strategy amounted to neoliberalism with a human face, in which unions and other members of Labour’s historic constituencies were effectively told, “We won’t do anything for you, but you’ll be better off with us than with the Tories.”

The replacement of Jeremy Corbyn with Keir Starmer is an attempt to recapture this dynamic.

A similar story could be told about Germany. Although much of the traditional social democratic impetus had dissipated from the Sozialdemokratische Partei Deutschlands (SPD) during the era of Helmut Schmidt, Gerhard Schroeder firmly planted its gravestone.

As in numerous other cases, Schroeder’s SPD became the executor of labour market “reforms” that involved profound diminution of job security and the social safety net.

The adoption of the Hartz IV reforms put the SPD on the hook for disciplining the German working class without winning them corresponding credit in the political centre.

Combined with the SPD’s unwillingness to work with Die Linke to its left (a German version of the Parti socialiste’s refusal to collaborate with the Parti Communiste), this goes a long way to explaining the dominance of the centre-right CDU/CSU and the SPD’s contraction.

The Last Neoliberal provides a wealth of detail about the vicissitudes of French politics. It does a valuable service both in clarifying their often opaque convolutions and in illustrating the ways that the decline of the PS is emblematic of the fate of European social democracy.

One could ask the question as to whether this is the tragedy that has so often been made out to be. After all, the major social democratic parties in the UK, France, and Germany had long since relinquished their roles as critics of capitalism and defenders of the exploited.

What is clear is that the far-right has succeeded in shifting the focus of European politics away from economic inequality and human rights to national sovereignty and racism.

Until this process is reversed, there will be no so-called left to speak of. The left has to reclaim the basic ideas of mainstream politics, or it disappears, forever.