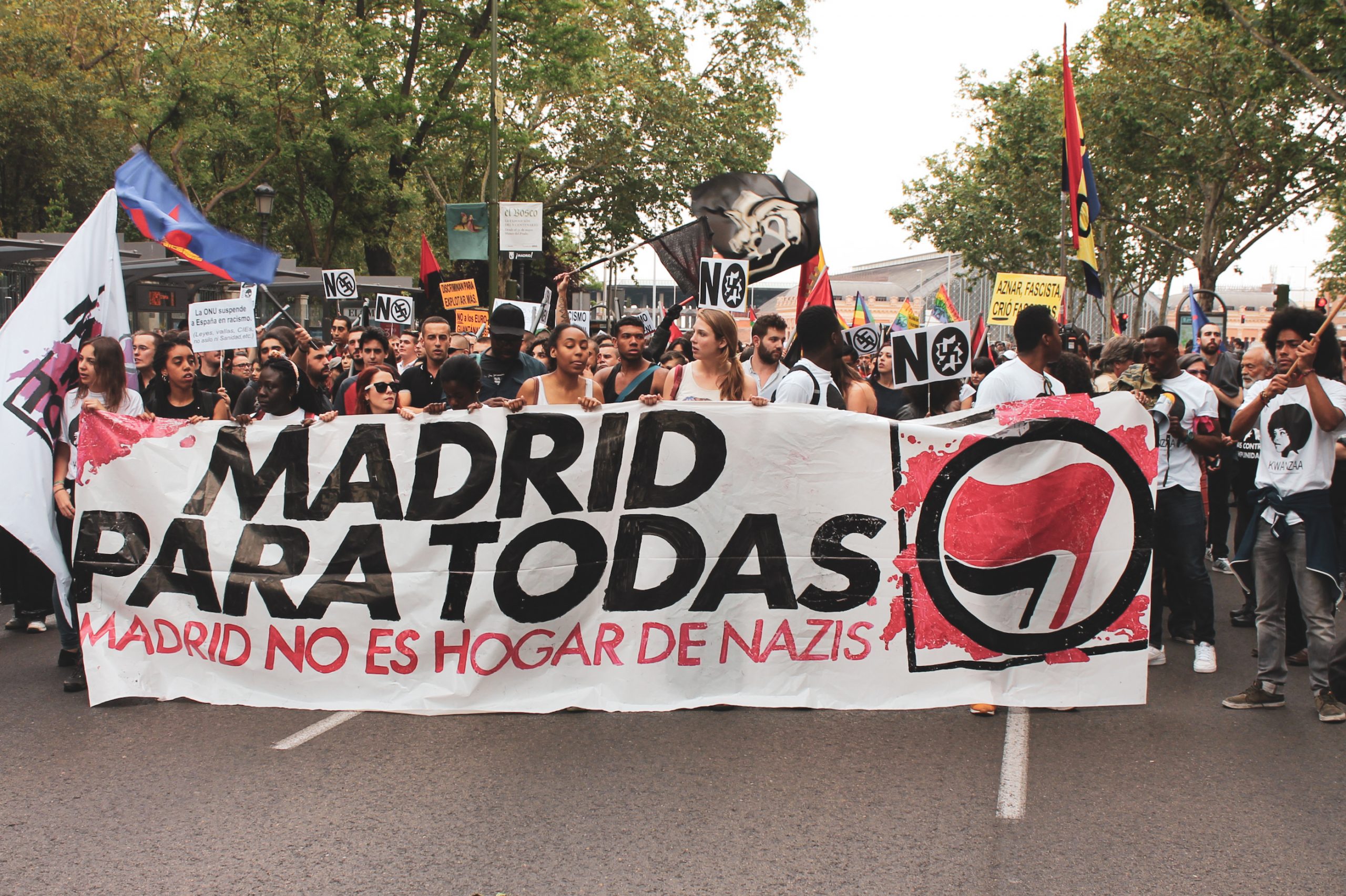 By 4 May, Vox could enter Madrid’s regional government. The party, whose rhetoric is racist, chauvinist, and Eurosceptic, has been gaining ground in Spain since 2018.

This poses a threat to democracy. Nearly five decades after Franco’s death, the far-right could return to power.

Vox has become an unstoppable political force. Today, the party represents 15 per cent of parliament. Several regional governments depend on its support. The party could join the centre-right in a coalition government in Madrid, which would be hugely symbolic.

Since 2019, Madrid has been governed by the conservative Partido Popular (PP) and the undefinable Ciudadanos (originally social-democrat, later turned centre-right, always unionist). Yet, Ciudadanos has been slowly dissolving since late 2019.

Madrid’s Premier Isabel Díaz-Ayuso called a snap election for 4 May and expelled Ciudadanos from her cabinet. Díaz-Ayuso is confident her Partido Popular party will take over Ciudadanos’ votes. However, Vox is likely to retain its share, and the PP will need Vox’s support to form a government. Vox may then likely be part of the new coalition governing Madrid.

Vox’s first success was the regional election in Andalusia, in December 2018, when it received 11 per cent of the vote. Eleven months later, in the November 2019 general election, the extremists rose to third place, with 3.6 million votes and 52 deputies in parliament.

A Reaction to Catalonian Separatism?

Virtually non-existent two years earlier, the far-right leveraged widespread frustration with the political situation in Catalonia, where separatist politics had blossomed in the 2010s. In an unofficial plebiscite in October 2017, two million Catalans voted to create an independent state.

The leaders of the secessionist campaign have either been imprisoned for sedition or fled the country.

Many Spaniards outside Catalonia thought that the central government had been ineffective and/or excessively lenient with the Catalan authorities, particularly before the plebiscite.

Criticism was directed at Spain’s two main parties and their leaders, Mariano Rajoy (Partido Popular) and Pedro Sánchez (Partido Socialista Obrero Español,) prime ministers both before and after June 2018.

Vox emerged out of frustration with how the Partido Popular and the Socialists handled the crisis. Some Spaniards found refuge in Vox’s chauvinism.

While Catalonia sometimes appears connected to Spain by a cat’s whisker, re-centralisation appears to be gaining momentum elsewhere in the country. According to the Centre for Sociological Research, in December 2018, three in ten Spaniards wanted an entirely centralised political system or one where regions had less power than they have now.

Vox is capitalising on this crisis, in a big way. In Catalonia, some anti-separatist voters have sided with Vox, as well. In the February 2021 regional election, Vox took 7.7 per cent of the vote and became the fourth largest party in the Catalan parliament.

While the situation in Catalonia might lure voters to Vox, its platform is much wider. The party is a far-right melting pot combining nostalgia for Spain’s pre-democratic past, anti-feminism and so-called “woke” culture, Euroscepticism, hatred of immigrants, and a love of bullfighting.

To this day, influential voices on the Spanish right speak about the roughly eight centuries (711-1492) of coexistence of Moorish and Christian kingdoms as a “reconquest” of Muslim lands by the latter.

During the 2019 elections, Vox and the Partido Popular competed in the use of “Reconquista” in their campaign events in Asturias, in the north, and Andalusia, in the south, the two territories where the reconquest supposedly began and ended, respectively.

Vox refrains from endorsing Francoism explicitly. However, party leaders refer to Franco as “the General,” never “the Dictator,” and Vox opposes all attempts at commemoration, because, they say, remembrance goes against the spirit of reconciliation after Franco.

With Hitler and Mussolini’s support, Franco staged a coup against a democratic government in 1936 and led an authoritarian regime until 1975.

While Vox spokespersons insist that Spaniards should not talk about the Civil War and Francoism anymore, they rant against leftist politicians of the 1930s. They particularly enjoy slandering the 13 Roses, a group of young communist and socialist women executed by firing squad in Madrid soon after the Civil War ended in 1939.

In October 2020, Vox leader Santiago Abascal told the Spanish parliament that the left-leaning coalition of PSOE and United Podemos was the worst government Spain had had in 80 years, which meant that this democratically elected government was worse than Franco’s dictatorship.

Until recently, alongside Portugal, Spain remained one of the few places in Europe where the far-right had not managed to find a place in electoral politics. After Portugal’s presidential election in January, there is no Iberian exception anymore.

The far-right is the new old piece on Spain’s political chessboard. And it looks like it’s here to stay. Vox could be part of the government of Madrid’s government in a matter of weeks. Even if it does not join the executive, Madrid’s political future is likely to depend on it.

This article originally appeared in GlobalVoices and is reprinted with permission. Photograph courtesy of Fernando Jiménez Briz. Published under a Creative Commons license.