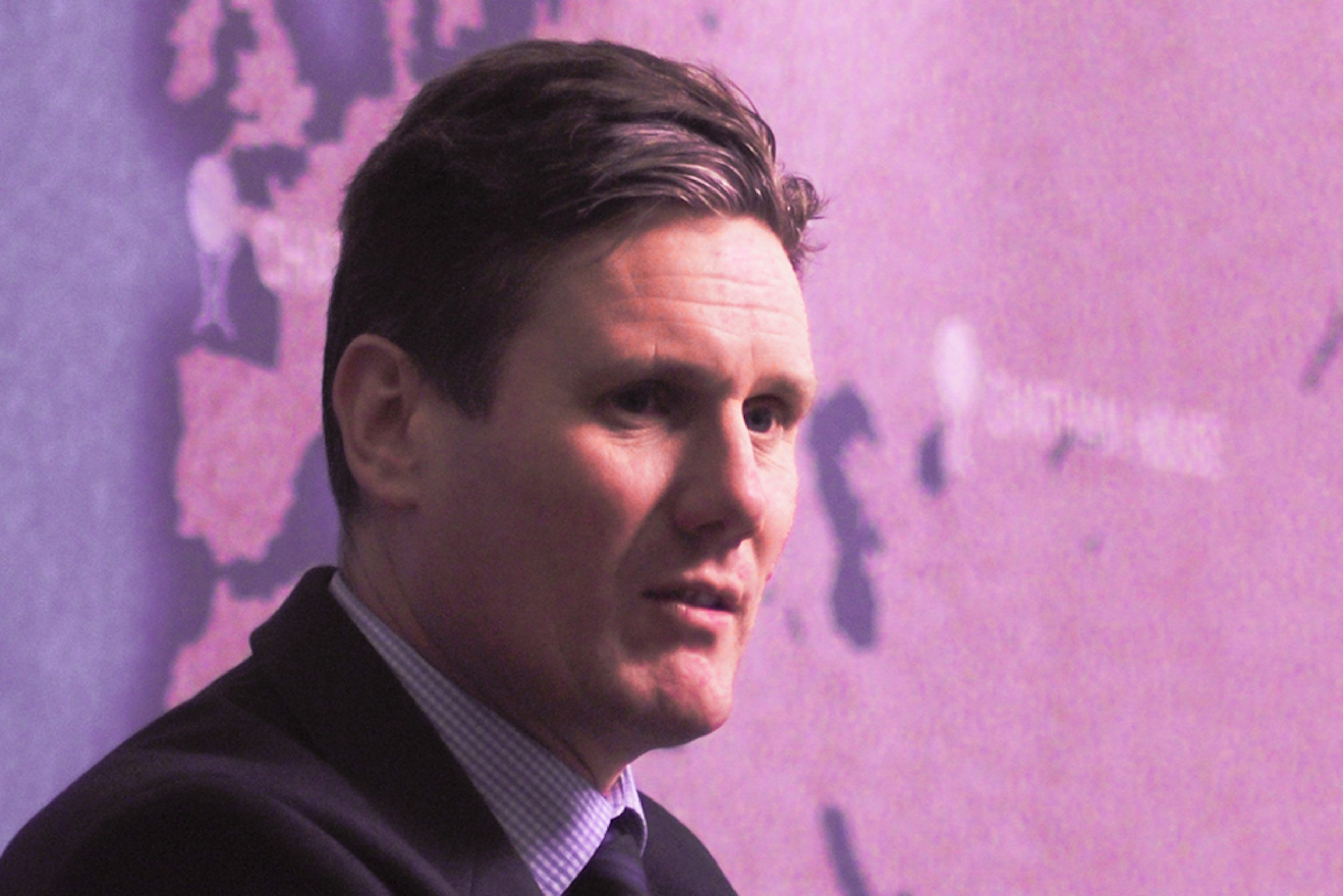 Keir Starmer as a Meme

A white man stepped foot onto the shores of a remote beautiful island in the South Pacific. His name was John Frum.

The island was Tanna, a part of Vanuatu today. Frum brought gifts and he promised the islanders he would bring more one day.

Legend has it that this bounty will include everything from radios and TVs to boats and planes. He will even bring bottles of Coca-Cola.

Although Frum disappeared, the Tanna islanders never forgot him. They would later meet Americans again in the form of US soldiers posted in the islands during World War II.

When the Americans arrived with their impressive cargo, the islanders saw this as proof that Frum would return. They believed that material wealth could be attained through ritual worship.

To this day, Tanna islanders fly the American flag, paint ‘USA’ on their bodies and march around like the marine core. The hope is that these actions will help hasten the return of John Frum.

No one really knows if Frum even existed, but the John Frum movement has persevered for decades. It is just one of many cargo cults in the Melanesian islands.

Some Tanna islanders follow the Tom Navy cult, while some even believe Prince Philip, the Duke of Edinburgh, is a divinity.

They are a conservative group and feared the Vanuatu independence movement would marginalise their faith. They backed the country’s mission to turn itself into a tax haven, while arguing for free health-care and education.

However, this isn’t really about Vanuatu or John Frum. This is about a phenomenon that is more widespread than it first appears.

People in the global north may snigger about cargo cults in the South Pacific, but Christians have been waiting for Jesus to return for more than 2,000 years.

Furthermore, the idea that we can bring about social change by mimicking our heroes runs through many cultures.

Even in the UK, we find politicians trying to ape their way into power.

We can see this in the Labour Party today: Keir Starmer will herald an election victory in 2024 because he has all the credentials of electability.

He has the hairdo. He has the law background. He has a respectable manner and the ability to swerve away from difficult topics.

We’re supposed to believe this is why Tony Blair won a landslide in 1997. It wasn’t down to any historical factors. It was all down to the fact that Blair had moved Labour into the realm of acceptability.

He just had to overcome the dreadful left with its ridiculous, whacky ideas about the welfare state and trade unions.

It wasn’t that Blair had managed to win over the Murdoch-owned gutter press at a time of mass disillusionment with the Conservative establishment.

Nor was it that the public was sick of Tory rule (and misrule) after 18 years and would have voted for anyone to get rid of John Major.

‘The phrase ‘cargo cult Blairism’ has entered the British left’s lexicon and became more prominent under Starmer for good reasons. Gareth Davies made the case for the description on his Medium blog.

Unlike Blair, Starmer has very few ideas to run on.

He borrowed Corbynite policies to win the Labour leadership contest. He has talked up the idea of a ‘British recovery bond’ (after some Tory MPs made a similar proposal) and retreated on almost every area of policy.

Blairite apparatchik Alastair Campbell forecasted it in January 2020. “I can see what Keir Starmer’s doing. He basically understands to get the job he’s got to win the members,” said Campbell. “A lot of them still want to fly the Corbyn flag.”

“So he’s sort of tilting a bit that way. And then I guess the thought is that maybe he’ll move more towards the centre of the Labour spectrum later.”

While the Tories are stealing Labour tax policies, Starmer is left arguing for the status quo.

“If Starmer were to depart as leader tomorrow, he would not leave a trace of a meaningful political project in his wake,” wrote Tom Kibasi, one of Starmer’s early backers, in a damning op-ed.

Even Blair ran on a windfall tax in 1997, but Starmer says corporation tax should not be increased at all. In fact, he says there shouldn’t be any tax increases after briefly flirting with the idea of a wealth tax last summer.

In the absence of a coherent right-wing Labour platform, Starmer has filled the void left over after Jeremy Corbyn and appropriated his platform to take over the party.

However, his pitch means he has to find an alternative agenda and there isn’t one available. Thus, Starmer is left welcoming government decisions most of the time.

And yet it was the Corbyn project that was often likened to a ‘cult’ by the British media.

Those of us who supported Jeremy Corbyn for five years were portrayed as ‘cultists’. We were treated as utterly deranged fanatics.

The mainstream media liked to imply and sometimes insist that all pro-Corbyn Labour members were fanatical Trotskyists waging a war against moderate centrists.

The truth was that most Corbynites were left-wing Labour supporters returning to the party after years of lying dormant.

Now many Corbynistas are fond of turning the ‘cult’ accusation against Starmerites. Yet the Starmer project, if we can call it that, is not a cult either.

Keir Starmer and his team may be a cargo cult themselves. But most of the people who support them are just desperate to win for once.

Around 45% of Starmer’s supporters in the Labour membership are former supporters of Jeremy Corbyn.

The big difference is that the Corbyn project was never really about Jeremy Corbyn. It was about Labour’s lack of internal democracy and the injustices of British capitalism.

Under Starmer, Labour’s most positive approval ratings are still within range of the best days of Corbynism. However, Margaret Thatcher was less popular than Corbyn at certain points of her tenure.

It’s quite likely Labour will lose in 2024 since it will take a monumental swing to gain more than 40% of the vote and turn 200 seats into more than 326 seats.

But Keir Starmer seems more focused on attacking the left than fighting the government. Nevertheless, Team Starmer claims it will guide us to victory.

Much like the Tanna islanders waiting for John Frum, the Labour Party is still waiting for the mythical hero who can win a landslide. The myth of 1997 is all there is to cling to. People can invoke electability to make excuses for any terrible decision.

All out of ideas, the Labour right would rather do a bad impression of the Blairites in the mid-90s. It’s all about presentation and appearance, not about substance and content.

Some of them honestly think they can magic their way into power.