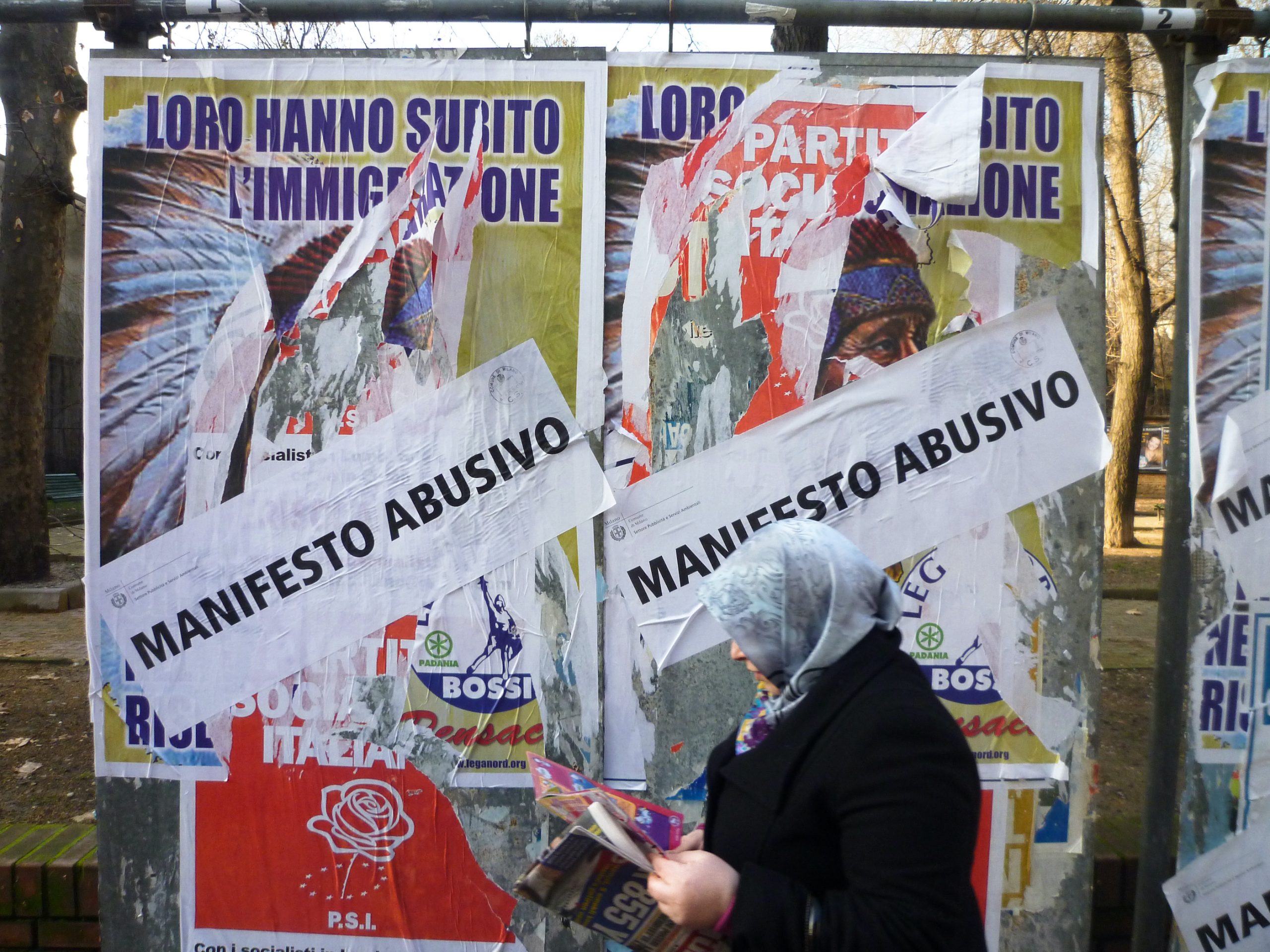 Putting an End to Populism

The Fake War Against Elites

House Republicans met on Thursday to consider two fraught issues, which will define what kind of conservative party it is once and for all.

The first issue was a move by Trumpists to discipline Liz Cheney.

Cheney is also the daughter of former Vice President Dick Cheney, once the darling of the Republican right, in an era that, ironically, seems rather less divisive than the current one.

The Wyoming lawmaker had the temerity to support efforts by Congressional Democrats to impeach President Trump for inciting the Capitol Riot on 6 January.

Among the denizens of the Republican right, this constitutes a lèse majesté that cannot be allowed to stand.

The attempt to impeach Trump is one of those phenomena that generate a lot of sound and fury without signifying a great deal (at least in terms of practical consequences).

Only five Republicans in the Senate were even willing to concede that it is constitutional, to begin with, so the chances that the former agitator-in-chief is in any kind of jeopardy are negligible.

Still, it is clear that Cheney has aroused the ire of the extremist wing of the GOP, determined to wreak vengeance on Donald Trump’s enemies.

Although attempts to censure her were put down by House Minority leader Kevin McCarthy, Cheney’s prospects the next time primary season rolls around are at best questionable.

The power of the Trumpist faction is most pronounced at the level of the heavily gerrymandered strongholds in the states.

Republican primary voters have long memories, especially for deviations from their great leader.

Proceedings like the one held on Thursday are, in the context of Trump’s GOP, like the Spanish Inquisition: one may not get burned, but it’s hard to avoid injury.

The other issue under consideration was the question of whether to censure Representative Marjorie Taylor Green.

At issue are statements made by Greene, an avid devotee of the QAnon conspiracy, that fall outside the bounds of appropriate public discourse.

These include the claim that the 9/11 attacks were an inside job, that the country is being run by a cabal of Satanist paedophiles, that there is a video in which Hillary Clinton and Huma Abedin molest a child and then cut its face off, that the leaders of the Democratic Party should be shot, and that the wildfires in California last year were started by an orbital laser-controlled jointly by PG&E and the Rothschilds.

Even Republican Senate Minority Leader Mitch McConnell, whose willingness to entertain bizarre assertions made by members of his caucus is of legendary proportions, took Greene to task for spreading “loony lies”.

The House Republican leadership has thus far steadfastly refused to take any concrete actions against her.

Kevin McCarthy said that he “unequivocally” condemned Greene’s views (the practical equivalent of offering “thoughts and prayers” in the wake of a mass shooting) and promised to have a talk with her.

For her part, Ms Greene gave a speech in which she seemed to disavow at least some of her prior views, although remaining unrepentant about others.

After House Republicans gave their imprimatur to Greene’s continued tenure in her various appointments, McCarthy told reporters, “This Republican Party’s a big tent. Everyone’s invited in.”

As any good carny will tell you, if you’re going to cover all the elephants, you’ll end up making space for a few clowns.

Americans, or at least those who are wont to view matters in global perspective, tend to think that we have cornered the market on absurdity. But the pandemic has made clear just how widespread is the tendency to invoke science fiction about those we hate and fear.

Demonstrations against virus suppression measures (and their attendant inconveniences) have taken place recently in Germany, France, the Netherlands and the United Kingdom. Opposition to lockdowns and other measures have also become part of the repertoire of national populism.

This makes a certain kind of sense when one focuses on the peculiar anti-elitism espoused by today’s far-right. The thing that populists oppose is not wealth, but proponents of political correctness, who seek to restrict the rights of men to disrespect women and minorities.

Herein lies the failure to understand the appeal of Donald Trump, Boris Johnson, and Matteo Savini. Their lack of refinement and identification with pre-1968 gender and identity politics appeals to white, working-class men for whom feminism, the environment and diversity are aristocratic values.

The populist ideal is also a libertarian one. The defining feature of the politics of Trump and Berlusconi is “do what thou wilt”  because they certainly do. Liberty is in not having any rules to respect whatsoever. That this free-for-all is also politically fascist should not surprise.

CNN and The Guardian remain convinced that stories like Berlusconi grooming adolescents or Boris calling Burqa-wearing women “letterboxes” will somehow put people off. The fact of the matter is that large sections of the electorate view such transgressions as defending their rights and culture.

What populist voters really oppose are public figures who might know what’s best for them.

The backlash against health officials such as Trump’s Chief Medical Advisor, Anthony Fauci, and his German equivalent, Charité virologist Christian Drosten, is grounded in mounting resentment about being told what to do by experts (implicitly distinguished from the ranks of normal people).

European politicians and intellectuals like to flatter themselves that they and the societies they represent are not prone to the sort of madness peculiar to American political culture.

But the rise of vaccination anxiety on the German far-right, as a proxy for anti-immigrant hysteria, betrays how important paranoia and fantasy is to continental politics, too. Fear is a universal tool. If it’s not one thing, it has to be another. Any political strategist will tell you that.

The synergies between these varieties of populism and the owners of capital add a sinister element to the mix. It must not be forgotten that the chief beneficiaries of such politics are incredibly rich elites, like Trump and Berlusconi.

There is power to be gained from encouraging voters to reject limitations on their behaviour in the face of a virus. Particularly by billionaire media personalities, who pretend you are just like them. Populist leaders manipulate this psychology more than anyone else.

In the time between the beginning of this article’s writing and its completion, the House of Representatives voted to strip Marjorie Taylor Greene of her committee appointments. This is a positive result, particularly so given that 11 Republicans actually voted for the measure.

However, it appears less decisive when one considers that 199 members of  Congress thought that someone who had advocated killing her political opponents is still fit to serve.

This is clearly a setback for Marjorie Taylor Greene and, as such, a step forward for the institutions of the republic. But the fact of the matter is that the forces that put her in that position remain powerful. Dismissing her from committee appointments won’t change that.

Until the Democrats and centre-left European parties like the German Greens address what drives populism, the legitimacy of far-right parties will continue to grow.

Neoliberalism is the spirit of the age, after all. The reason why we got Trump in the United States and Johnson in the UK, is because populism is its most natural consequence.

Until we find a means to arrest the far-right, we’ll continue be oppressed by its mix of staged class conflict and real racism.

No amount of centrist politics, such as that assigned to Joe Biden, will change that. Liberals, after all, just feed the fire. It’s the left, ideally, that puts it out.