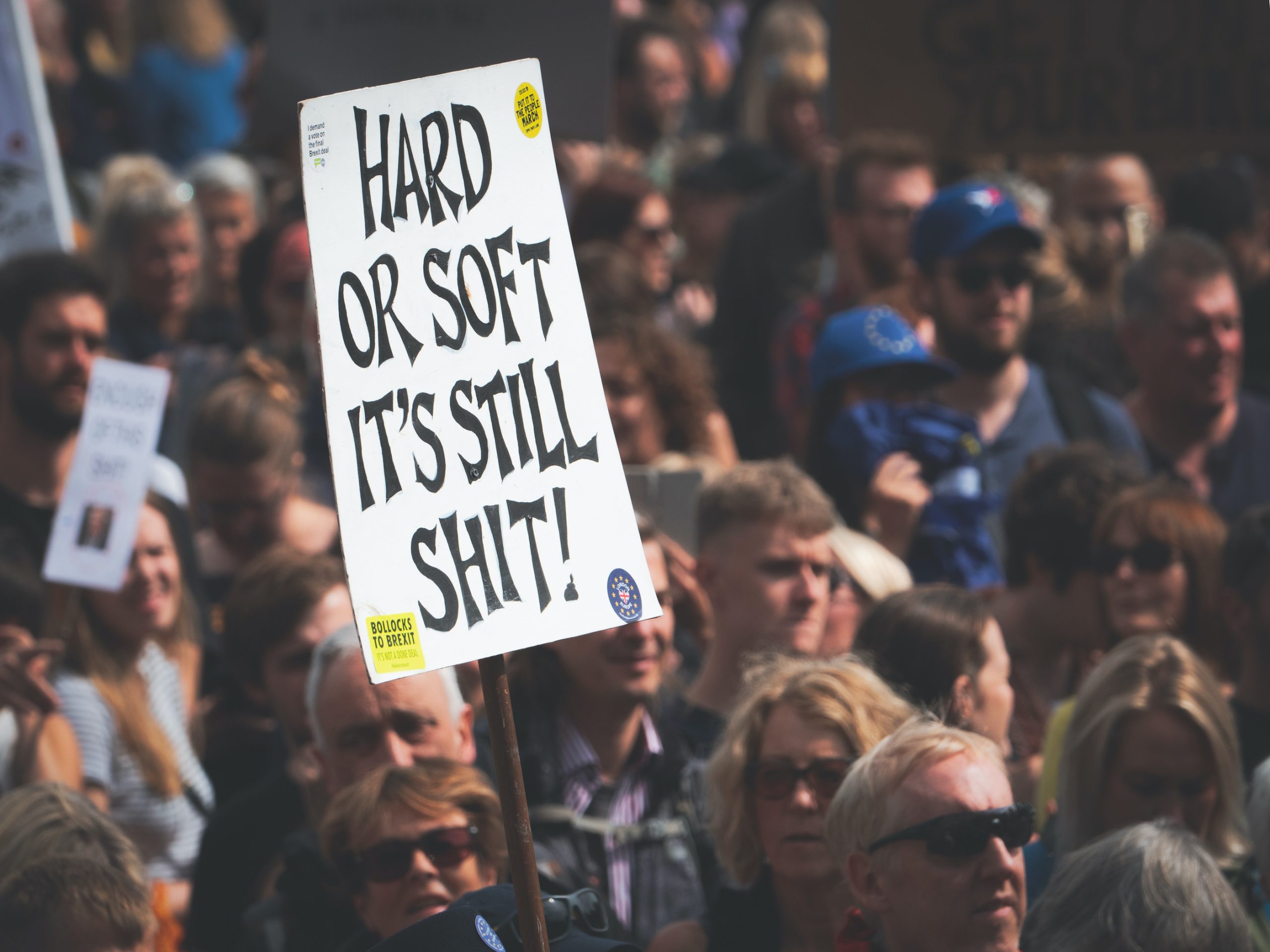 The Meaning of Brexit

I keep trying to forget about Brexit, but the Leavers won’t let us. Brexiteers are triumphant, though not all of them feel so victorious – despite getting almost everything they wanted. At least the Tories will have to own this failure.

The Trade and Cooperation Agreement (TCA) enshrines the Northern Irish Protocol so crucial to safeguarding the peace process. At the same time, the TCA may break with EU institutions but it will likely ensure the UK’s alignment with EU standards – particularly on state aid.

“We will not have taken back total control of our laws, our borders, our cash or our fish. Neither can [Johnson] claim that the UK has left the EU as one United Kingdom; we shall instead be the first country in history to have voluntarily partitioned itself,” wrote Ben Habib in The Spectator.

Nevertheless, the Conservatives and Labour voted through the Brexit deal on a huge majority – 448 votes – leaving a small number to abstain or vote against it. Labour leader Keir Starmer pledged to back the deal before it was even finalised.

Starmer faced a rebellion of 37 MPs, not counting suspended MPs like Jeremy Corbyn and Claudia Webbe, who voted to abstain on the agreement. Though it was inevitable that any Brexit deal would disappoint some Leavers, the deal has satisfied Nigel Farage and the European Research Group (ERG).

The truth is that Brexit is a chimaera, the signifier for a set of collective fantasies. Hard Leavers fantasised about a pristine sovereignty, where the body national is freed from the shackles of collaboration with foreign powers.

What the pro-Brexit right sees as fundamental faults are probably the only good things about the TCA: 1) A sea border with Ireland, 2) obligations to reduce carbon emissions written into the treaty, and 3) some limits on right-wing economic policies.

Not only does the TCA create a sea border with the island of Ireland, the deal does not even grant the City of London passporting rights to EU markets. Amazingly, the Conservative Party has put its own electoral survival ahead of the British Union and the financial sector.

This deal is a testament to just how much of a huckster Johnson really is. He pretended he was going for no-deal (and the media played along) and used fishermen in the most cynical way possible to get a terrible deal that leaves us all worse off. But at least he has satisfied the Leave voters who think we still rule the waves.

It seems like a lifetime ago that Theresa May promised a “red, white and blue Brexit”, but this promise is well and truly dead. As liberal historian David Edgerton points out, the good news is that Brexit may turn out to be a “bonfire of national illusions”.

“The EU will not be supplanted by a great new Europe where British trade flows unimpeded; there are now frictions and barriers, not least in services,” he wrote. “Any serious deregulatory move by the UK will be met with EU retaliation.”

“In short, the UK has repatriated economic sovereignty and discovered that, far from allowing it to humble the EU, it has harmed itself,” said Edgerton.

The UK may officially be a third country to the European Union, but it’s still a member of the World Trade Organisation, NATO, the UN and the OECD. British sovereignty is still partial in a global economy, where borders mean less to capital than they do to people and governments have to cooperate.

However, the Leavers are still drifting ever deeper into fantasy for the time being. The Telegraph, once a serious newspaper and now a mere organ for Boris Johnson, has claimed the UK will “outstrip” the EU economy in the next 15 years. Eventually, it will have to wake up, but not now.

Meanwhile, The Wall Street Journal has published an op-ed by Andrew Roberts calling for a revivified ‘Anglosphere’. He argued for a “Canzuk Union” bringing together Canada, Australia, New Zealand and, of course, the UK.

“The Canzuk Union would immediately enter the global stage as a superpower, able to stand shoulder-to-shoulder with the US in the great defining struggle of the 21st century against an increasingly revanchist China,” wrote Roberts.

There is no way the UK would ever break with the US to forge such a project. Nor will the UK enter a new period of historic prosperity. The problems holding back the British economy will continue to blight it.

Except the UK will now face another period of low productivity and slower growth without a clear scapegoat. The Leavers laughed at the Remainers who feared food shortages, they dismissed the queues of lorries in Kent and they claimed we would soon reap the rewards of a US free trade deal.

Instead, the British economy will continue to stagnate and the Johnson government will have no one to blame but itself. No doubt the hardcore Leavers will claim we never really left. Some of them are already crying betrayal at the TCA.

The Tories may have imposed a points-based immigration system, but they have already made it clear they will make allowances for farm workers picking fruit and veg. The immigration system will merely make existing conditions worse and migrant labour will get even cheaper.

The new battles will soon ensue because so many different fantasies have been projected onto Brexit. Farage may have declared the war over, however, the culture wars will continue. Everything from trans rights to Black Lives Matter will take the place of the EU for the right.

Britain has always been a deeply divided country and the fractures in our society have been opened up by the crisis over Brexit. One thing is certain: this decade will be no more harmonious than the last.