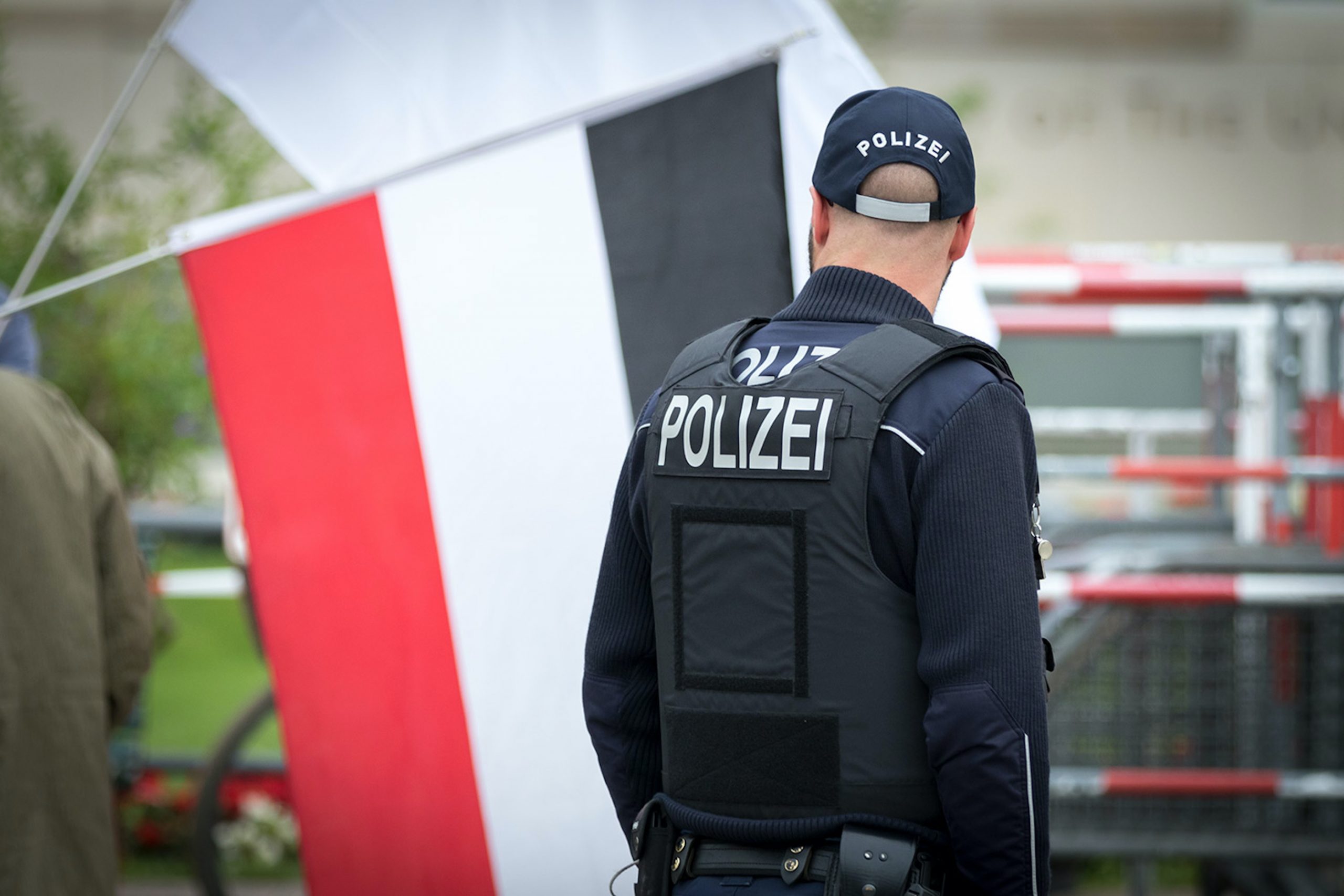 Europe and the Trump Defeat

National populism seems to have been dealt a blow by the defeat of Donald Trump. Yet, like some down-market vampire in a B-grade horror flick, the scourge refuses to die.

The injury dealt to Trump’s political fortunes was expected to turn the populist tide. But the forces driving it will not be blunted, even by the fall of so great a paladin.

First, a little update of events in the United States. Having lost the election by a margin that Trump, in a different context, described as a landslide, the president’s lawyers have been busily trying to get courts, many of them led by Trump-appointed judges, to overturn the results.

The president’s efforts have so failed because there’s no legal evidence of wrongdoing. And, in fact, if one looks at the actual complaints filed, the claims asserted are nowhere near what one would expect from the inflated rhetoric that Trump’s flunkies have been telling the media.

With the deadline for final certification approaching, the attorney general of Texas has filed suit against a number of other states, asking that the results be nullified. Here the spectacle has reached another level.

In the first place, none of the parties bringing the suit actually have standing to sue. Secondly, and more emblematically, the claim of actual voter fraud (of the kind that might at some point require evidentiary backing) has been dropped entirely.

All of this is an object lesson in how Trumpite populism actually functions. The president himself probably believes the fraud narrative, as does his attorney, Rudolph Giuliani, and the rest of his legal team.

The very fact that Giuliani has been put in the position of leading the charge is, given the quality of Republican-leaning legal talent in the United States, the clearest possible sign that the effort lacks seriousness.

A recent poll of Republican members of Congress found that only 25 would actually concede that Biden had won the election. But, like so much else within the colonised shell of the Republican party, that is (almost certainly) mostly for show.

This issue is not whether Joseph Biden won or lost. He is certain to be inaugurated as the 46th president in January.

This issue one of staying onside and not compromising oneself with the Trumpite segment of the Republican electorate which is likely to be decisive for the careers of Republican legislators for the foreseeable future.

This is likewise the case with the Texas lawsuit. The state’s attorney general, Ken Paxton, is currently under indictment in a stock-jobbing case. His suit has no chance of success, although it has now been joined by the AGs of 17 other states – all Republicans, of course.

The point is to position oneself effectively with Trump supporters, and with the president himself, who still retains the power to offer blanket pardons for all federal crimes for the next month or so.

There are many questions still hanging fire, but two in particular arise. The first is how the current circumstances bode for Trump’s political future. The second, tightly connected to the first, is what does the defeat of Donald Trump mean for the development of populism more generally.

Donald Trump’s prospects appear mixed. Already the idea of a renewed run for the presidency in 2024 is being mooted. Given the degree to which he has managed to retain the solvency of his symbolic influence over his supporters, this is by no means out of the question.

Even with the death toll from COVID-19 likely to be around 300,000 by the time he leaves office, Trump continues to constitute an empty signifier into which his supporters can pour all their animus against “elites” and people of colour.

Still, it is possible that the president will not be able to run in four years time.

Various sources suggest that Trump’s finances are in a parlous state, and Deutsche Bank, at this point the only major lender still willing to make loans to him, has apparently been gaming out how to avoid doing business with him in the future.

Although the willingness of far-right figures such as Robert Mercer and Charles Koch to bankroll his activities might perhaps overcome this hurdle, others await.

Not the least of these is the likelihood that sealed indictments have been filed in the Southern District of New York, where District Attorney Cyrus Vance Jr. has been investigating Trump on a range of state charges.

As these are not subject to a federal pardon, and the governor of New York (whose pardon power would apply here) is likely to be a Democrat for the foreseeable future, the consequences are likely grim. A sojourn in prison would probably crimp the president’s ambitions.

Can Trumpism survive without Trump? This remains an open question.

The Republican Party has been so thoroughly colonised by Trump’s ideas, as well as by his cadre, that it seems likely that the team running the party will seek to continue along these lines.

This is the secret of Trumpite populism. While it appears to be driven by the “charismatic” leader at its centre, the political narratives which drive it have taken on a life of their own.

One has only to look at the situation with respect to the coronavirus. Recently, the single-day death toll surpassed 3,000. Yet a large proportion of Americans believe that failure to take the most basic health precautions constitutes an assault on their freedom.

It is not uncommon to hear that wearing masks and maintaining social distance is comparable to the persecution of Jews under National Socialism. Healthcare workers have reported patients denying COVID-19 was real even while they were in the process of being intubated.

This is only a small slice of the pathologies currently afflicting the United States. But what it demonstrates is the profound influence of Donald Trump and his supporting news media on Americans. Within the space of four years, they made national populism mainstream.

The question of how this relates to Europe is complex. Clearly, there was a perceived commonality of approach between Trump and a number of right-wing leaders with authoritarian pretensions worldwide.

Some, like Bibi Netanyahu and Vladimir Putin, remain in a state of rhetorical denial that Trump is actually on the way out. They know better. Go figure. Others, Boris Johnson being the most prominent, appear to have conceded that Trumpism is going on hiatus for a period of time.

Putin’s direct influence on American politics will be somewhat lessened. This is certainly bad news for the Russian head of state since it frustrates his goal of acquiring technological assistance from American oil companies to expand resource extraction in the Arctic.

The fall of Trumpite populism in the United States will probably have little practical consequences for the European varieties.

Populist leaders in the Visegrád states, such as Viktor Orban and Poland’s Law and Justice Party, have less to fear from Trump’s departure because a change in administrations won’t impact them. US military aid and investment will continue to underwrite their them, as will German.

Team Orbán exerted more influence on American conservatism than vice versa, such as helping break down post-war inhibitions against open Antisemitism in politics and taking the lead in framing refugees and asylum seekers as a threat against Christian civilisation.

For countries like the US, in which faith plays an increasingly influential role, such xenophobia has been welcome by conservatives. Particularly those for whom Western Europe remains a godless land of socialism and diversity. If it can happen there, it can happen in America.

While Eastern European populists are under growing pressure from Brussels to adhere to the rule of law and respect human rights, there was little Trump could offer them outside of offering moral support for their “fight for sovereignty” against a “colonial EU”.

Germany’s far-right took to Trump’s conservatism the most, particularly his COVID denialism. From Reichsbürger fascists to the Lateral Thinking movement, it promoted the American leader and his politics as though Trump were leading domestic opposition to Angela Merkel.

Under Biden, nationalist parties such as Germany’s Alternative für Deutschland and the Netherland’s Forum for Democracy, won’t receive the diplomatic support they got from Trump’s ambassadors, such as Richard Grenell and Peter Hoekstra. The same goes for Salvini and Le Pen.

In terms of populism, this will turn out to be one of the more interesting details of the Trump period. A centrist State Department will be loathe to make EU governments feel the same, as though the White House is conspiring with local opposition parties to replace them.

The case of the United Kingdom is more complicated. The passing of the Trump Administration has raised a question mark over whether Boris Johnson will be successfully strong-armed into privatising the NHS under American auspices in the wake of a hard Brexit.

While such a prospect seems remote at this moment, the fact that it was mooted by Trump at all suggests that it was not outside the realm of possibility.

Johnson, who has made a career out of failing upward, is now in the position of having his choices potentially constrained by a European Union exhausted by an increasingly rightward zig-zag in UK negotiating strategies. A no-deal departure would be his only way to save face.

Similar to the case of Trump, the strength of the anti-EU myths that have underpinned his government (exploitation by faceless bureaucrats in Brussels, the horrors of Gypsy immigration from Bulgaria and Romania, etc) are unlikely to be dislodged by the coming crisis.

But, all is not lost. Boris Johnson’s position continues to be reinforced by Keir Starmer’s self-defeating focus on purging the left-wing of the Labour Party than in offering any sort of serious opposition. Johnson and his nationalist Tories will by default remain the only game in town.

That’s why all the current banter about the death of populism is greatly exaggerated. Trump’s defeat won’t have any impact on it in Europe, in much the same way that it won’t in the United States. It may be comforting to speculate as such, but it has no bearing on reality.

Both the underlying grievances on which support for populist parties is based, and the media that promote them, will remain influential in spite of the departure of Donald Trump from power.

The messianic prospect that Trump may return will lend far-right politics strength. But the point is that it also has an institutional and cultural momentum all its own, one that thrives on social distress into more grist for the mill of the white, middle-class victim narrative.