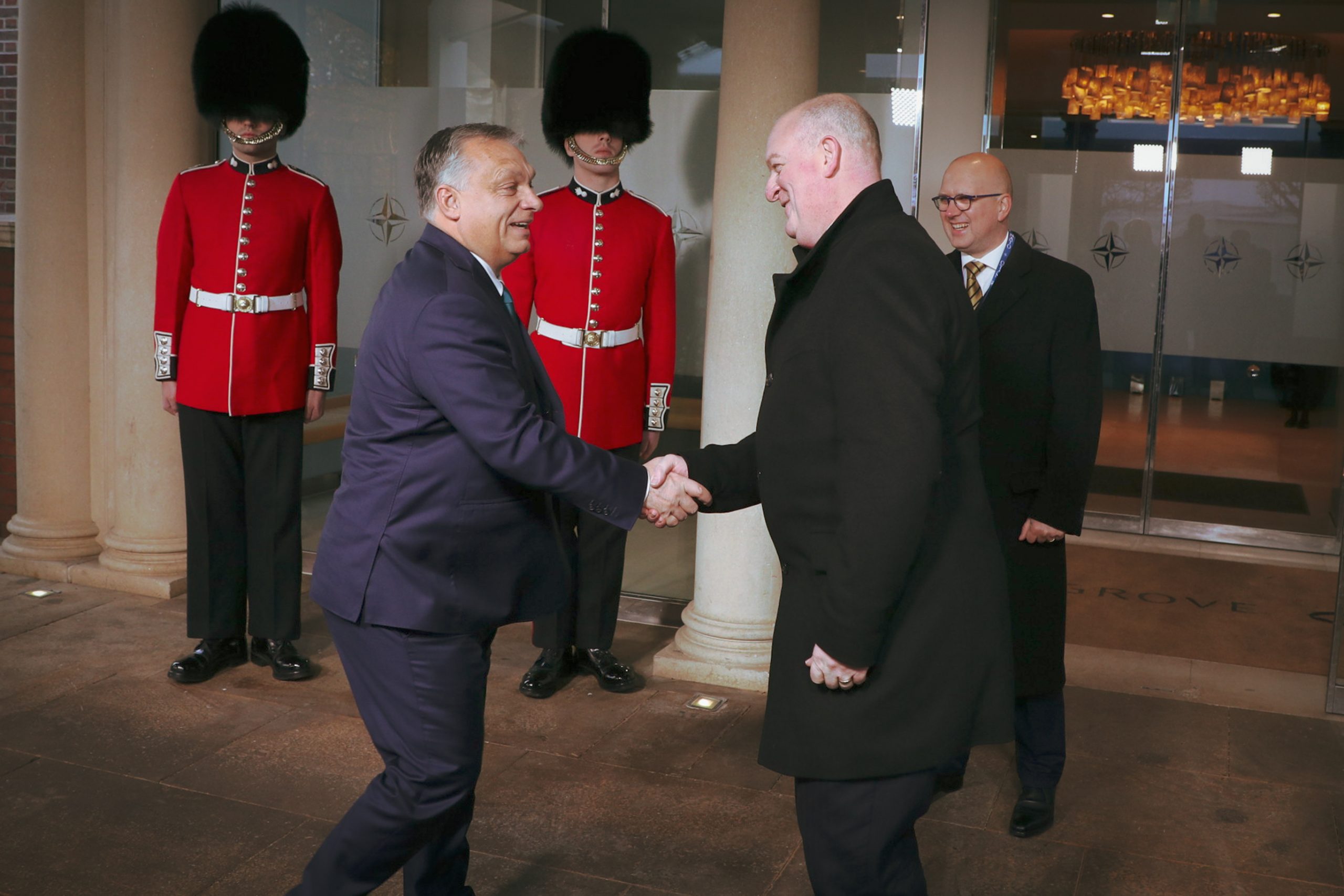 Welcomed by the Foreign Office. Watford, 2019.

The British right hoped it could ‘remake’ Britain through Brexit. Though its hopes have been exposed as dangerous fantasies, the Tories remain hooked on disaster nationalism.

After all the talk of how the UK could become like Singapore, the real example of what the British right may want us to become is far closer to home: Hungary.

Plenty of Conservatives are looking to their Hungarian counterparts as an example to emulate. The Tories may have looked to Fidesz because it too was a centre-right party until recently.

Hungary’s Prime Minister Viktor Orbán has amassed a vast amount of power since he won the 2010 election and won two more elections (albeit on diminishing levels of support).

Much like Boris Johnson, Orbán was once just another centrist politician. Even the Hungarian far-right party Jobbik regards Orbán with disdain because they see him as a total cynic. Just as Johnson has continually disappointed right-wingers this year.

Except Viktor Orbán is in a much stronger position today than Johnson. This is where the parallels fall apart. During the COVID-19 crisis, the Hungarian premier suspended what was left of his country’s democracy and ruled by decree for several months.

It’s become a common joke that Hungary is no more than a democracy in name. The ruling party has combined a low-tax, deregulatory agenda with nationalisation, tight border controls and far-right cultural politics.

At the same time, Orbán has scapegoated Hungarian Jewish billionaire George Soros as the source of all his country’s woes – especially for the influx of refugees. Never mind that few have come since 2015.

Though the Hungarian right has gone much farther than the British right, there are plenty of sympathisers in the UK.

Talk radio broadcaster LBC featured Brexit Party chief Nigel Farage (who hosted his own show for three years, until June) implying the Jewish businessman was behind the People’s Vote.

Farage has also heaped praise on Orbán for standing up to Soros.

British neoconservative writer Douglas Murray has claimed Soros “has spent recent years undermining the borders of Europe, and specifically the borders of Hungary”.

However, the story doesn’t end with right-wingers making suspect claims about a Jewish banker who survived the Holocaust.

Back in January, Tory adviser Tim Montgomerie staggered into a controversy over his comments regarding the Hungarian example at an event held by the Danube Institute.

“I think there will be very significant investment by Boris Johnson in relationships, particularly bilaterally, with key European states,” said Montgomerie.

“Budapest and Hungary have been home, I think, for an awful lot of interesting early thinking on the limits of liberalism, and I think we are seeing that in the UK as well,” he added.

“So I hope there will be a special relationship with Hungary amongst other states.”

The reasons why Montgomerie would go to Hungary are fairly easy to grasp. He is a right-wing Christian and supports Brexit to the hilt. He also saw Orbán as a parallel to Boris Johnson (this was before he decided Johnson was not worth his support).

“I think it’s still consistent with traditional conservatism. I think we’re still the party that believes in the individual, but it’s a greater idea of individualism,” he continued.

“It’s an idea of the individual where the individual prospers with good public services, strong family, strong community, a nation that sees them as the priority rather than perhaps an immigrant from abroad.”

It’s no coincidence that Montgomerie turns up at the Danube Institute and draws such parallels.

The president of the Danube Institute is conservative Catholic John O’Sullivan, who used to be editor of the Republican flagship National Review. He still serves as editor-at-large of its opinion columns.

In the 1980s, O’Sullivan was a speechwriter for Margaret Thatcher and later served as a special adviser. He was rewarded for his service with a CBE. Many anti-populist conservatives would find this baffling today, but it’s not very surprising.

No one should forget that Thatcherism was always a softer form of Powellism.

Enoch Powell was an advocate for a curious populist mix of British nationalism and free-market libertarianism. Thatcher mainstreamed these ideas, yet the result was not a cultural conservative revolution.

This is why a certain section of British right-wingers are fascinated with Viktor Orbán. The Hungarian right has managed to win historic battles and crushed the opposition. The Christian Democrats are now hard-line nationalists.

“I don’t agree with everything that Fidesz stands for, but I think the recognition that Fidesz and your prime minister here have stated that the nation matters and that globalisation is often a threat to that is an incredibly important one,” said Montgomerie.

“Why are people voting for Boris and Viktor and Nigel [Farage] and Donald? Those questions aren’t asked enough,” he added.

“Whatever populism is, it isn’t really about any of the people on the stage, it is about long-term trends in economics and culture that are changing how people align themselves.”

It’s clear where yesterday’s Thatcherites would turn to Orbán. The Fidesz government has implemented one of the lowest corporate tax rates in Europe and cut personal income taxes while raising regressive taxes on consumption.

Yet Fidesz has broken with the neoliberal consensus in crucial ways.

Unlike the British Tories, Viktor Orbán has not been afraid to nationalise assets and even took over the country’s private pension funds. His government has launched a jobs programme and raised taxes on foreign banks just as it has created new incentives for manufacturing in the country.

As much as figures like Montgomerie may want to see a national capitalism, the British establishment is too close to finance capital to rebuild the industrial base of the UK.

Nevertheless, the Tories are willing to toy with new rhetoric while they lay waste to the country.

Women who get married are offered a low-interest loan of up to €31,000, while women who have four or more children were offered a lifetime tax exemption from income tax.

The British right will not be able to pursue the Orbán strategy in full because the public is no longer socially conservative on most issues. British attitudes to abortion, homosexuality and women’s rights have changed dramatically in the last thirty years.

Just like Fidesz, the Tories have built up a ‘hostile environment’ against migrants. This is where the two conservative parties are joined at the hip.

However, there is one big exception to this trend: immigration.

Most people may have more tolerant or accepting attitudes, at the very least, towards gay people, for example, but their attitudes have actually hardened towards migrants.

The Tory far-right hopes it can still make a comeback after the COVID-19 crisis has passed, but it’s not guaranteed they will. They have won key battles on border controls. Whether this will equate to much greater political change is less certain.

Future conservatives will either regret the Johnson era for squandering a moment of triumph and unprecedented incompetence. Or, they will remember the Johnson years as a turning point in British history. It looks like regret is more likely.

There is even talk of Johnson stepping down and Conservative MPs are plotting against him in WhatsApp groups.

It looks like the Hungary option will remain a fantasy, but not a completely impotent one. The fantasists will still be able to do a lot of damage before they’re finally ousted.

This is the second article of a two-part series beginning with The Singapore Option. Photograph courtesy of Number 10. Published under a Creative Commons license.