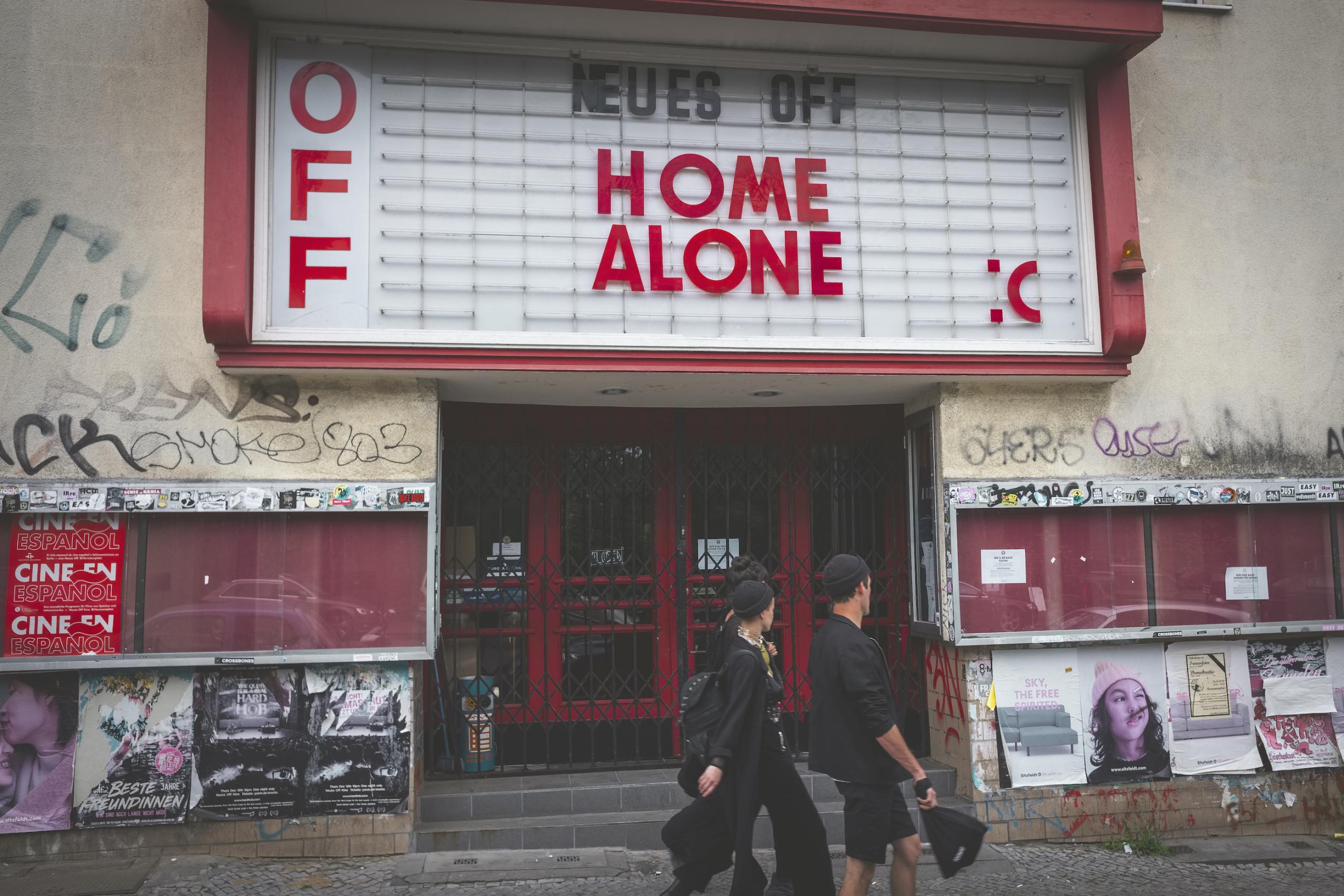 In Blue, by The Bug Ft. Dis Fig

In Blue, the new collaboration between Brussels-based The Bug (Kevin Martin) and Berlin’s Dis Fig (Felicia Chen), is surprisingly welcoming.

Whereas much of The Bug’s voluminous oeuvre had tended to prioritise brutalist low-end assaults, In Blue tempers that impulse, both because of the light touch of Chen’s vocals and the relative restraint Martin shows in marshalling rhythms.

Paradoxically, this accessibility also makes the album harder to fall in love with. Too insistently rhythmic to ever pass for ambient, it nevertheless refuses to sustain the kind of regular groove that holds bodies captive.  It’s like a field recording of a cold shower.

On “No Return”, which will likely prove to be In Blue’s stand-out track, a shuffling beat seems to deliberately “miss” matching up with the traces of a James Bond theme that periodically floats to the surface.

This halting quality makes its presence felt throughout In Blue.

The absence of the Jamaican patois that enriched some of Martin’s best work, such as on The Bug’s  2008 breakthrough LP London Zoo and Earth a Kill Ya-era King Midas Sound, makes it inevitable that memories of 1990s Bristol legends Massive Attack, and Portishead, intrude on the experience.

Yet Kevin Martin seems reluctant to commit fully to the rediscovery of trip-hop aesthetics. The music wants to be languid, yet keeps finding new ways to resist.

Perhaps that is because Martin believes that The Bug is too strongly identified with sheer volume and the distortion it inevitably produces to retain its brand identity unless every flow comes with a healthy dose of grit.

Or maybe this reluctance reflects a self-conscious refusal to make things too easy on listeners at a time when so much is hard. Think the dub-metal of Martin’s The Bug vs Earth collaborations.

Because the musical beds used on In Blue date back two-and-a-half years, calling it a COVID record is a stretch. As the three disquieting ambient albums that Martin recorded and released during lockdown for his own Intercrannial Recordings label – all are titled after his Frequencies for Leaving Earth series – demonstrate, however, the peculiar circumstances of this seemingly endless year were surely on his mind as In Blue’s release date approached.

And it wasn’t as though Brexit London, or Brussels, where Martin recently relocated, were awash in optimism before the pandemic hit. The gloom has been encroaching for years. To expect the exhilarating trip-hop reveries of the 1990s would be asking far too much.

Indeed, the way tracks like “Forever” and “Take” sustain a high level of tension, without ever giving us the release we long for, seems more and more like a virtue the more familiar they become. This is what today sounds like. Europe today, that is.

There was a time, shortly after the turn of the millennium, when musicians experimenting with the atmospheric possibilities of dance music could count on impressing people outside of their creative circle with ease.

Even – or, truth be told, especially – when their audience was ignorant of the traditions they were recombining in daring ways, it still tended to recognise the significance of making music that refused to comply with the demand of danceability.

Although this music was typically designed, like its dancehall and dub reggae forebears, to be played loud and in public, on the kind of sound systems that few individuals have the room to use at home, it also turned out to be perfect for the sort of distracted listening made possible by the proliferation of portable audio players like the iPod.

Suddenly, millions of people were navigating their everyday lives to a soundtrack that could follow them wherever they went.

But since they tended to be preoccupied with whatever qualified as their “day job”, this soundtrack worked best when it could easily be reduced to muted ambience. Or, more adventurously, when it reshaped listeners’ inner space according to a logic that made the distinction between background and foreground irrelevant.

Whatever band he was in – the late Techno Animal, or The Bug – Kevin Martin took more advantage of these circumstances than most.

Although never as sexily diffuse as the pathbreaking works of Burial, with whom In Blue shares a label, or as closely linked to club culture, Martin managed to carve out a recognisable niche as a purveyor of disquiet, putting out one record after another that could serve as a score for those trying to make do in a world gone digital.

For all of its restraint, In Blue represents a worthy successor to these efforts. What has changed is the way we feel about this “soundtracking” of everyday life.

Certainly, the pandemic has led to a great many people feeling like the culture they can carry around with them must compensate for the pleasures of communal experience that are shadowed by risk, if not outright forbidden.

What makes In Blue so compelling is the way that it forces listeners to be self-aware about this search for a substitute experience. Instead of a compensatory plenitude, it provides scarcity; instead of a groove we can stay inside, it gives us a series of awkward ruts, periodically interrupted by doubt and despair. The ambience is at times smothering.

In a sense, what Martin and Chen have managed to achieve with this album is trip-hop for a time when most journeys, whether inner or out in the world, seem destined to be bad trips. That may not be what we want in this trying year. But it could well be what we need.