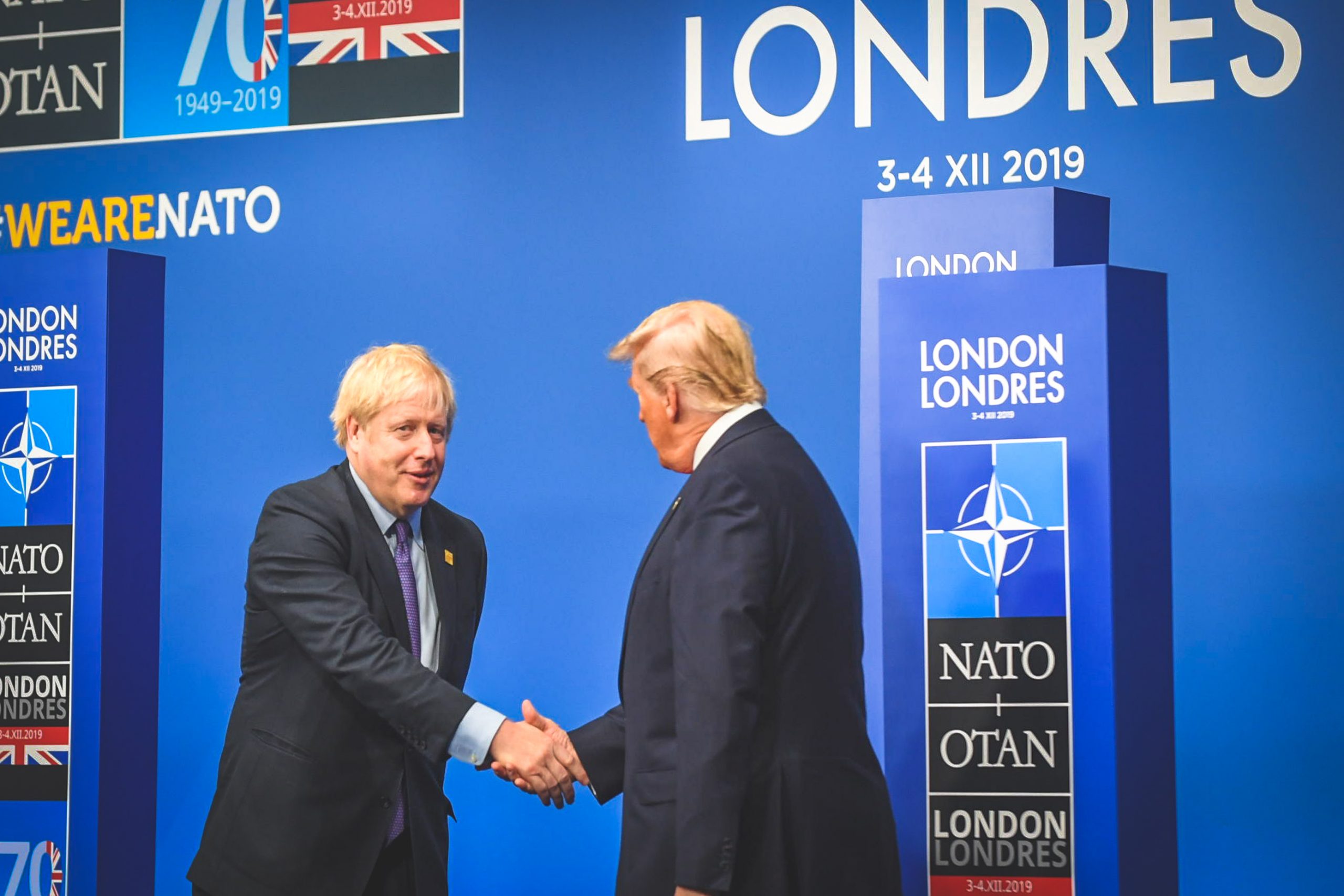 The British premier can’t be happy with the results of the US election. Boris Johnson’s fantasy of an Anglo-American pivot away from Europe has been dashed.

In his rush to the EU’s emergency exit, Johnson fears a Biden presidency because it could mean no free trade deal once we have left.

The Biden Administration could potentially dump a deal in favour of securing a much more rewarding US-EU free trade agreement.

Worse still, Biden might not pretend the British government is right to put Northern Ireland’s hard-won peace at risk.

Once again, the UK far-right is anxious about political change in Washington.

“Britain has never had any great love for Donald Trump. His approval ratings among the public here rarely went above 25 per cent,” wrote Douglas Murray in his Mail column.

“But one thing that everybody knew was that he was a great friend of the UK.”

“Although opinion polls suggest that the British public will feel more comfortable with the Democrat alternative (as they always do), they should know one thing above all: Joe Biden and his party are no friends of this country,” claimed Murray.

Naturally, Murray’s column includes the photograph of Biden meeting Gerry Adams and Rita O’Hare – as if the Good Friday Agreement was never signed and the IRA are still trying to bomb their way to a United Ireland. Yet Murray isn’t the only one quivering over this.

Even the BBC was shaken when Biden rebuked their attempts to get a quote.

“I’m Irish,” he said with a cheeky grin. Needless to say, the BBC turned this moment into a soundbite. But this spoke of a deeper anxiety.

After decades of decline, the UK establishment tries to live vicariously through America and prefers to think of itself as a ‘partner’ in an “empire of liberty and enterprise” (as David Cameron once put it).

The Americans have always had a more realistic sense of our relationship.

As President Truman’s Secretary of State Dean Acheson once put it: “Britain is our lieutenant, the fashionable word is partner.”

The palpable anxiety of the British political echelon over the end of Trump Time is nothing new.

There were similarly absurd noises from the UK media when Barack Obama came to power. It’s not really about the American president. It’s about how we see ourselves.

Once in office, President Obama returned the bust of Winston Churchill that Blair had sent to President Bush. This was taken as a great insult by the right-wing tabloids.

Nothing changed in UK-US relations, yet the optics of the Churchill bust was enough to cause a wobble.

Later, the British press fretted when President Obama gave Gordon Brown a pile of American classic films on DVD. Brown had got face-time with the president and got to address a joint session of Congress. He was even the first guest. It wasn’t enough.

This was amusing, but the need for special treatment has an ugly side. The British right is so desperately narcissistic and self-pitying, it will often lurch into anti-Americanism when it feels slighted.

“They believe that the Brexit movement had something to do with the election of Donald Trump – acting as some kind of forerunner.”

“And they also hold a contemptuous, furious and deeply anti-British attitude to everything to do with our future relationship.”

Boris Johnson caused a furore when he referenced Obama’s Kenyan ancestry during the Brexit campaign. He did so, again, fanning the fires of anti-Americanism on the UK right – who saw Obama as a foreign meddler.

Now it’s Biden who is the foreign meddler and his Irishness a source of awkwardness and resentment. There was no such angst over Trump’s Germanic-Scottish heritage because he went out of his way to profess his love for Britain.

It’s true that the Democrats will be far less sympathetic to a Brexit deal that puts the Northern Irish peace process at risk.

This is not because Joe Biden claims an Irish Catholic background or even that the Democrats need the Irish-American vote. This is down to the simple fact that a reunited Ireland could be a useful ally in the EU.

The Irish Republic is already a gateway for American businesses to enter European markets and extract vast profits.

The UK is another entry-point but time is running out. US multinationals could turn to Ireland and use it as a staging post, but there is the risk that a bad Brexit deal (very likely at this point) could hit Ireland hard too.

The pro-Leave right wants a ‘special relationship’ with the US government, but they also want a very specific partner in the form of the president. The preference is always for a Republican who knows how to talk like a strongman.

It’s not just that the right-wing press yearns for special treatment.

Certain sections of the far-right have penis envy for Republican leaders, especially Trump, who can get away with things they can only dream of doing here.

So Boris Johnson may be wondering what the ideological ground will look like in January.

The Trump era has been defined by erratic, unilateral posturing from the US. But the White House could have been a counterweight to the EU.

There is no longer the certainty of a UK-US deal that could help the Johnson government save face and claim that the future will be much rosier than the present.

The Tories could have convinced a large swathe of the British public of this fantasy. But it was just a dream.

The truth is that such a deal would never have substituted for the impact of Brexit on almost 50% of the UK’s foreign trade.

British decline is likely to be sped up, not slowed down or reversed, through disaster nationalism.

However, as the name implies, the point of disaster nationalism is not to revive the nation.

Some Leave voters are comfortable with the fact that Brexit will mean lower rates of growth and even worse living standards. They just think the price is worth paying.

English novelist JG Ballard once wrote about the yearning for a more meaningful, austere life in a consumer society. Some people would prefer a harsher existence if it fulfilled certain fantasies.

This is where the UK finds itself today.

The fear of Biden turning out to be pro-IRA is just a symptom. The real source of anxiety is that the most right-wing Tory government in post-war history has tied itself to a reluctant ally.

The Tory government wanted to tear the country away from mainland Europe and turn it towards a loose Anglosphere, composed of North America and Australasia.

This pivot was driven by fantasy rather than a sense of brute realism.

The basic idea is that the UK can forge trading ties with the US, Canada and Australia (possibly New Zealand too). Yet this overstates the value of the UK in the world economy.

Since its imperial decline, Britain has become a mid-sized European power and a nuclear-armed state. Meanwhile, the British economy has shrunk significantly, though it is still one of the biggest economies in the world.

Instead, the political complexion of the Anglosphere is not necessarily favourable to the UK right. Canada has a liberal centrist government, while New Zealand has just re-elected its most progressive government in decades.

Australia and the UK look like hold-outs from a more reactionary era.

The so-called populist moment may be passing (in the US at least) thanks to the COVID-19 crisis. But Boris Johnson’s government has four years left on its timeline.

The Tories may need to find new friends fast. It’s hard to see where they’ll turn.