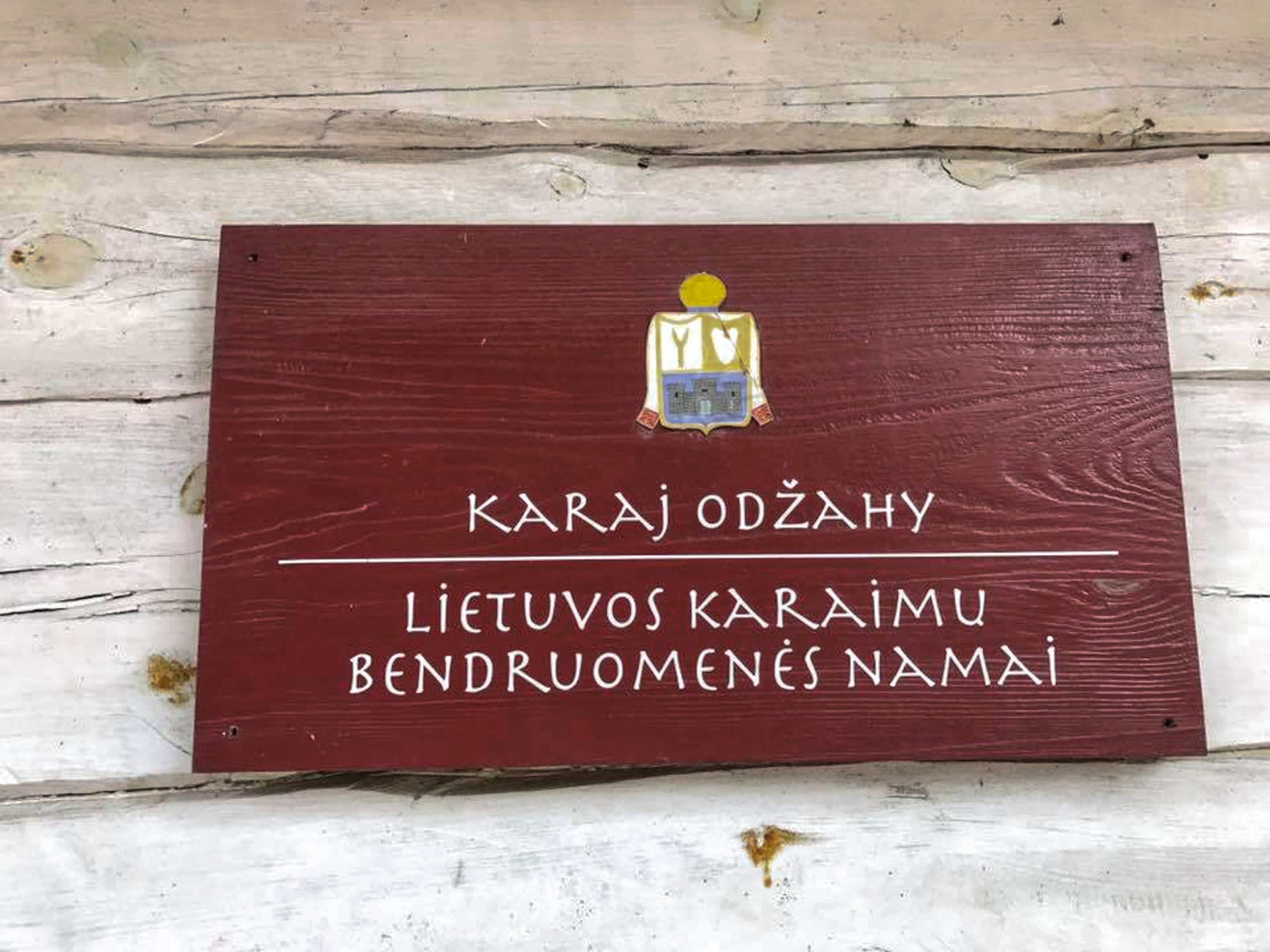 In the Heart of Europe, an Endangered Turkic Language Lives On

Turkic languages are spoken by an estimated 200 million people in countries and territories extending from Siberia, China, Central Asia to Turkey, the Middle East and the Balkans.

But perhaps surprisingly, one of them lives on in the heart of Europe. Karaim is still spoken in small communities in Lithuania, Poland and Ukraine — but only just. According to Ethnologue, there may now be less than 100 speakers of Karaim worldwide.

Historically, the Karaim language was the vernacular of the Karaim people, an ethnoreligious group who practice a variant of Karaism, a faith close to but distinct from mainstream forms of Judaism. The origins of the Karaim people are widely debated; in the early 20th century their leader, Seraya Shapshal, advanced the theory that the Karaites were of Turkic origin. Partly on this basis, the Karaim were spared the fate of their Jewish neighbours during the Nazi occupation of Lithuania.

To make this history even more complex, not all those who practice Karaite Judaism are of ethnic Karaim origin, nor are they Karaim speakers. In this sense, Karaim is sociolinguistically similar to Jewish languages such as Ladino, Judaeo-Tajik and Yiddish which contain many Hebrew words but are not part of the Semitic language family.

Lithuania is home to one of the largest community of Karaims, whose name means “the ones reading“. The country’s estimated 300 Karaims have been established here since the 13th century, many of them in the old fortress town of Trakai. They are now recognised as one of Lithuania’s national minorities.

To find out more about the current status of the Karaim language and its chances for survival, I spoke to Romuald Čaprockij, one of the few remaining native speakers of Karaim. Čaprockij, a Sinologist, linguist and translator, is based in the Lithuanian capital of Vilnius.

Filip Noubel (FN): Can you explain the origin of the Karaim language?

Romuald Čaprockij (RČ): The Karaim language, called къарай, карай тили or karaj tili in Karaim is a Turkic language of the Kipchak-Polovets subgroup. Historically, it was spoken by people in Lutsk and Galich in the Lviv region of Ukraine, on the Crimean peninsula, in Lithuania (in the cities of Vilnius, Panevėžys and Trakai) and in Poland. Genetically, the Karaim are connected to Turkic-speaking Khazars who practiced Karaite Judaism.

There are three Karaim dialects: the Crimean, which is similar to the middle dialect of the Crimean Tatar language, except for words related to Judaism; the Trakai dialect (as spoken by Lithuanian Karaims), and the Galician Karaim dialect.

All the Karaim dialects have been used in three different registers: as a spoken language, as a literary language and as a religious language for the translation of the Bible. By the 19th century the bible had already been translated into Karaim, while the first translation of the Tanakh or Hebrew Bible was made in 1841 in Yevpatoria, Crimea. One can find a great deal of literature printed in all Karaim dialects, including periodicals. In the past, the Karaim language used the Hebrew alphabet, and later the Latin. In the last century, Cyrillic was also used for content printed in Russia.

The Karaim language contains a significant quantity of words that are typical of ancient Turkic languages. So when in 1924 the Turkish President Mustafa Kemal Atatürk founded a commission, the Türk Dil Kurumu, in order to enrich the vocabulary of the new Turkish language, its specialists visited Trakai and ended up adding 330 Karaim words to the academic dictionary of the Turkish language.

The first mentions of the Karaim language appeared in Europe in the 17th century. In the late 16th to early 17th centuries, the German pastor and orientalist Johannes Buxtorf was the first to note that the Crimean Karaims read the Old Testament in a Turkic language.

This Russian-language video details the cultural heritage of the Karaims of Crimea, including their clothes, architecture and food:

RČ: Every June and July since 2002, a summer school of Karaim language and culture has been held in Trakai. Karaims from Lithuania, Poland, Ukraine, Russia and other European countries attend. But little time is dedicated to the Karaim language. The lack of teaching material and motivation have visible results when it comes to the development and protection of the Karaim language. Today the living dialect is the one from Trakai, which is used during the summer school. It is interesting to note that attempts dating back to the late 1980s and early 1990s to organise Sunday schools or individual classes with native speakers have failed. Today there are about 20 native speakers left in Lithuania. The language is not being maintained, and no measures are being taken [to preserve it]. It is not being researched and the community does not discuss the state of the language. One of the latest works about the Karaim language is a manual of the language, called “Mien karajče ürianiam”, published in 1996 by the late spiritual leader of the Karaim community in Lithuania, Mikolas Firkovičius. More recently, Antoine de Saint-Exupery’s Little Prince was also translated into Karaim.

Of course, Karaim is still used during prayers in the Kenasas [Karaite prayer houses] in Trakai and Vilnius. But you can count on the fingers of one hand the number of people who actually understand the words, as the language of the prayers is primarily liturgical and has less in common with the spoken language.

Nevertheless, there has been a resurrection of interest in Karaim among some artists and scholars in central and eastern Europe. This year, the Polish singer and composer Karolina Cicha, whose work pays tribute to Poland’s ethnic minorities, released a virtual album of traditional songs in the Karaim language. The following is a traditional Karaim banquet song:

FN: How would you describe your experiences as one of the last native speakers of Karaim?

RČ: I was born in a Karaim family in Panevėžys, Lithuania. From my earliest years, I heard Karaim not only at home, but during visits by members of our local Karaim community and by those from other cities in Lithuania. As they were all older than me or already elderly, they all spoke in their mother tongue. According to my mother, when I was sent to Kindergarten, the teacher asked her: “Isn’t your kid Lithuanian? He spoke in a language we couldn’t understand.” My mum responded: “Indeed, he is not Lithuanian, he is Karaim.”

Until the late 1990s, I could speak Karaim with older members of the family and the community. Now I have almost no opportunity to do so. But because I am personally interested in Turkic languages, and Karaim, I cannot betray тувгъан тиль [tuvgan til’] — my mother tongue. This summer, I started teaching the Trakai dialect version of the language online in English, thanks to an initiative launched by activists.

FN: Where can online resources about the Karaim language be found?

RČ: As of now, there are no online platforms for [learning] the Karaim language, except the page of the community of the Polish Karaims and two pages of a Karaim-Russian dictionary.

This article originally appeared in Global Voices and is published with their permission. Photographs courtesy of Filip Noubel. All rights reserved.