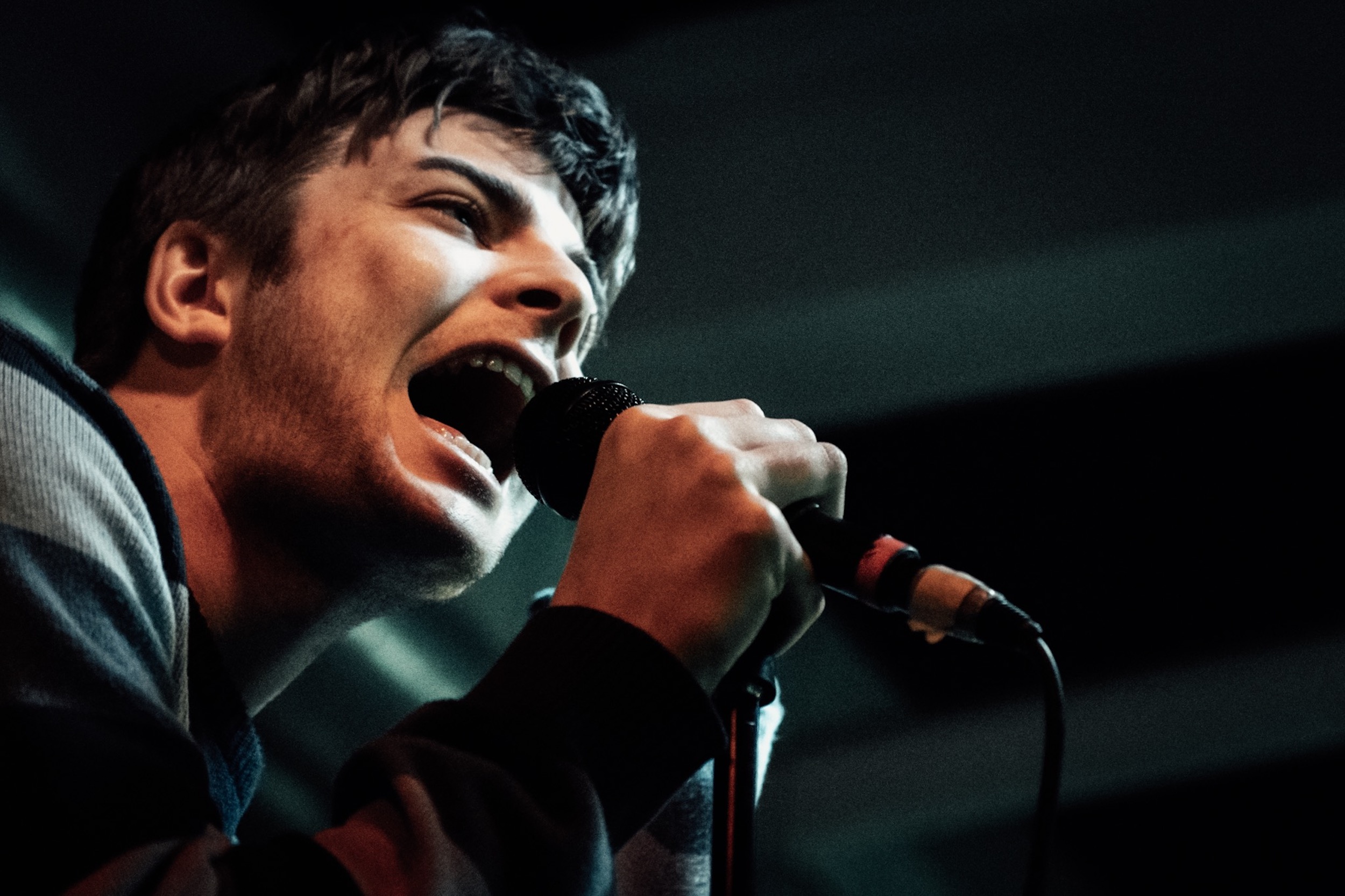 A Hero’s Death is like a favourite shirt, the sort that makes you feel better about your place in the world just by putting it on.

The follow-up to Irish band Fontaines D.C.’s superb debut Dogrel, itself nominated for a Mercury Prize, the new album catches your ear from the first listen. But its true greatness doesn’t become clear until you have worn it in thoroughly.

Many contemporary rock albums are so cluttered with details that nod towards precursors or other pop-music genres – the use of “beds” inspired by hip-hop for intros and outros is particularly common – that there isn’t much room left for the listener to relax.

Fontaines D.C. steer clear of that problem by trusting their songs to stand alone.

Whether it’s the thrumming notes that open the propulsive “Televised Mind”, the bent ones that start the poignant mid-tempo “You Said”, or the plucked open chords that introduce the wistful “Oh Such a Spring”, the band lets us know right away that we are listening to rock music, without apologies.

“I Was Not Born”, one of the album’s stand-out tracks, begins with overlapping guitars, slightly distorted, that together produce a simple figure, of the sort that bands like Sonic Youth popularized in the 1980s. Then come the drums, repeating the most basic pattern imaginable, but all the more resonant as a result. Twenty seconds in, the song has already become a runaway train, too powerful for anyone who has ever loved rock to resist.

When the vocal finally enters the mix, nearly a minute into the track, it doubles down on this rock-and-roll fundamentalism: “I was not born/Into this world/To do another man’s bidding”.

While Dogrel’s best songs achieved a similar effect, A Hero’s Death consolidates their virtues into a more coherent statement, delivering a powerful rejoinder to those who regard rock as “dad” or “grandad” music.

Despite being founded by men who first bonded over their love of poetry – Grian Chatten (vocals), Carlos O’Connor (guitar), Conor Curley (guitar), Conor Deegan III (bass) and Tom Coll (drums) – Fontaines D.C. don’t make music that is overly wordy. Nor do they make the mistake of trying to pursue their literary tendencies by adding on pre-lexical sonic embellishments.

“I Was Not Born” exemplifies their facility for distilling rock to a culturally accessible and appealing essence that never feels dated, despite its refusal to dally with other genres of popular music.

A Hero’s Death is not meta-rock.

It delivers its pleasures directly, without recourse to framing devices.

While someone well-versed in the history of post-punk will doubtless discern various influences in Fontaines D.C.’s music – Echo and the Bunnymen, The Fall and The Wedding Present are common comparisons –  they go out of their way not to reference forebears directly. That’s one reason why the preciousness that has plagued so many of the bands favoured by critics in recent decades is utterly lacking.

Fontaines D.C. answer a question that not enough people were asking: where do we turn once we realize that knowledge isn’t enough.

It’s fine to situate your work within a pantheon of legends and should-have-beens, to wear your citations on your sleeve, like a patchwork quilt of your cultural superiority.

But all that cleverness isn’t going to make you feel any better when everything you care about it is in grave danger. That’s when you need to wear your heart on your sleeve.

That’s when you need Fontaines D.C.

This is what makes A Hero’s Death the perfect pandemic album, communicating the energy of the band’s lauded live performances without making you leave the safety of your bubble.

And the restraint it demonstrates, that lack of clutter, is a wonderful antidote to the claustrophobia we have all been suffering.

When so much culture is at our disposal, available for what seems like nothing — since streaming services prevent us from registering the cost directly — it can be hard for music to make the sort of impact it once did.

Although it is tiresome for young people to be told over and over how much harder discovering new music used to be, there is no denying that scarcity leads to familiarity. Before the internet, the fewer the albums you had in your collection, the more likely you were to play your favourite ones over and over and over.

Now, despite the fact that it has never been easier to incorporate a record into one’s everyday life in that manner – at home, in the car, exercising – the experience has become increasingly rare.

Singles are as dominant as they were before long-playing vinyl migrated beyond classical and jazz to popular genres. And when people listen to songs that have been grouped together, it is usually as part of a playlist, whether one that has been professionally – often automatically – generated, personally curated by a trusted source, or put together by themselves.

As exciting as it can be to journey through vast reservoirs of song, however, there is something exhausting about the sheer possibilities that this mode of listening presents. The more time we spend selecting what to listen to next instead of actually listening to the music that is currently playing, the less able we are to incorporate it into our existence in a way that lasts.

A Hero’s Death might not be the most impressive album of the year. It certainly isn’t the most innovative. But it may well be the one best suited to becoming that favourite shirt we want to wear when everything around us seems to be going wrong.

What isremarkably impressive is that Fontaines D.C. were able to put this new record together while still touring their debut.

A Hero’s Death fleshes out the qualities that brought last year’s Dogrelso much acclaim, yet manages to feel leaner in the process.

Once again, there are songs, like “A Lucid Dream”, that hurtle forward with unchecked abandon, and others like “Sunny”, with the relaxed gait of a ballad. But this time the transitions between them are less jarring.

And the working-class swagger of Dogrel’s best songs, “Big” and “Boys in the Better Land” has been transmuted into a political consciousness all the more effective for its lack of preachiness.

Rooted in the textures of life in Dublin and Ireland more generally, this lyrical vision nevertheless manages to elicit the sort of identification that transcends nations.

The title track begins with what feels like an acknowledgement of the bleakness we have all faced in this terrible year, with Grian Chatten intoning the line “Life ain’t always empty” six times, varying his delivery as if he were trying to convince himself. Then he summons evidence that takes the form of advice:

While this may not seem to be a particularly hopeful vision, it is still brimming with hope. That brighter future may not be coming over the horizon yet, but focusing on what truly matters will remind us that it’s worth waiting for.

After again repeating the one-line chorus “Life ain’t always empty” six more times, Chatten returns with more advice. This time, it also doubles, under the surface, as an aesthetic statement:

And don’t sacrifice your life for your health
When you speak, speak sincere
And believe me friend, everyone will hear

Political solidarity demands personal responsibility. We can only go out of our way for others if we do our best not to be the sort of individuals that other people must go out of their way for. And part of that is demanding that we be sincere, because those who run from their problems instead of facing them are much more likely to end up being a burden on society.

This is hardly the sort of rousing message we expect from a statement record. “A Hero’s Death” is no “Internationale”. But it lends itself remarkably well to a time when we have to figure out to stay alive until a brighter future is once again possible.

So does the economy of the album’s lyrics. By keeping words to a minimum, “A Hero’s Death” makes it more likely that they will resonate for audiences that only know English as a second or third language.

This is significant given the outsized role that Ireland is bound to play in the post-Brexit EU. Although American and British music will surely continue to be popular across the continent, having an English-speaking member state in Union territory guarantees that the language will remain important in Europe at a deeper level.

Given the tension between Germany and France and the resentment that the two most powerful member states inspire elsewhere in the EU, English now has the potential, freed from the burden of Britishness, to become a unifying force.

Although Fontaines D.C. may not be aspiring consciously to take advantage of this new state of affairs, they are perfectly positioned to do so.

Their dedication to rock music, without any obvious nods to electronica or hip-hop, also situates them favourably within the context of “continental” Ireland.

Like it or not, rock music has come to be regarded as “dad” and “granddad” music because it is favoured by the ageing white men and, to a lesser extent, women who feel most threatened by the ascendancy of multicultural Europe.

Revitalizing the idiom in the way that Fontaines D.C. do may not be enough to bring this demographic out of an ideological past continually reinforced by musical nostalgia. But it can at least help them imagine a future that extends from that past, instead of starting anew, in the wake of its rupture.

In light of the disturbing sway that Génération Identitaire-inspired nationalism holds over some white youth and the ways in which it amplifies authoritarian tendencies already surging through older populations in the EU, presenting an alternative vision of whiteness that is simultaneously sincere and progressive is crucial.

That’s a lot to ask of any band. But as the opening track on Dogrel made clear, Fontaines D.C. do not shy away from the prospect of being big. If another Dublin group, U2, could become the biggest rock band in the world and the de facto face of transnational neoliberal piety, why can’t Fontaines D.C. end up serving a similar role for a post-neoliberal future that actually is brighter?

If that happens, it will truly be a beautiful day.