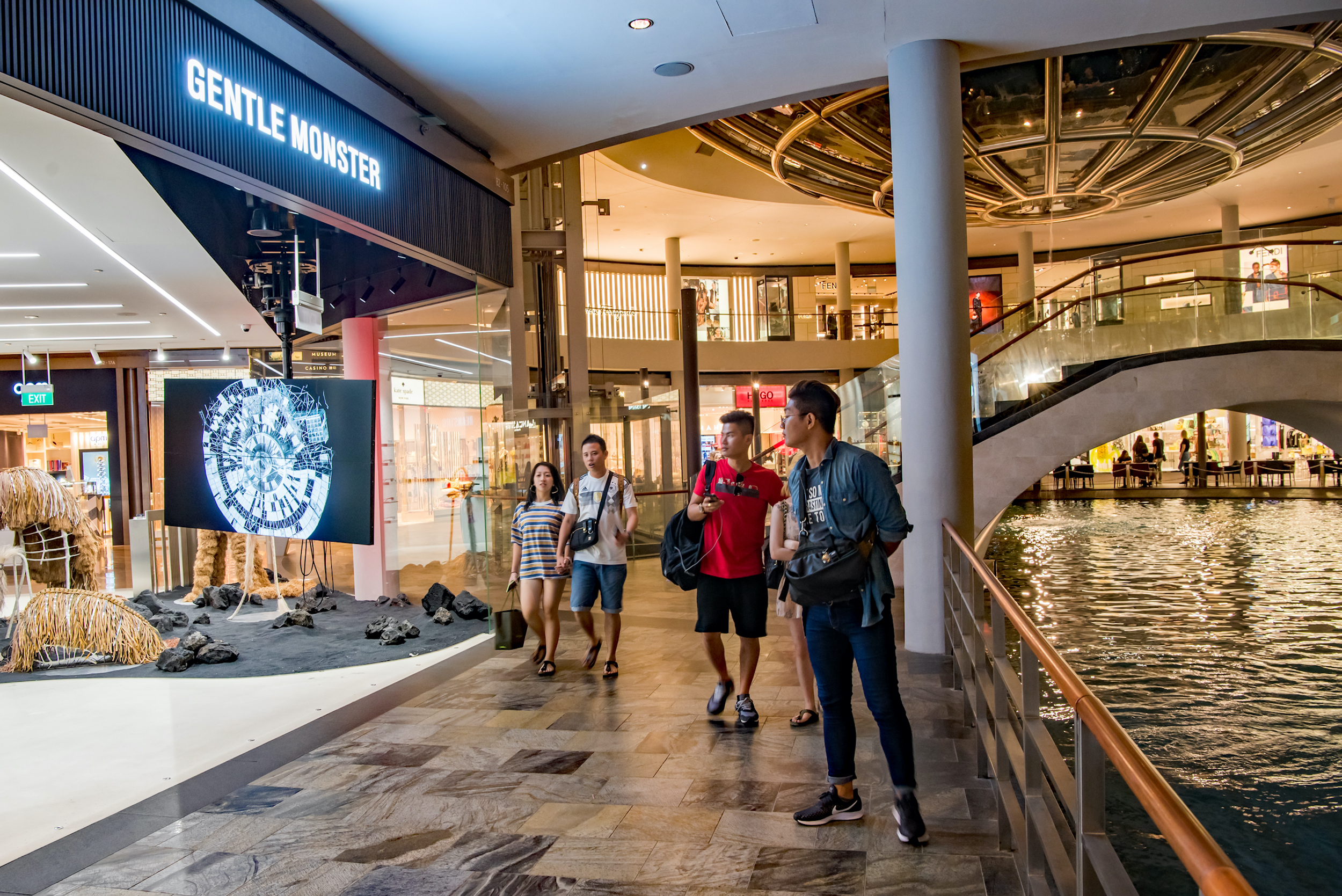 ‘Singapore on the Thames.’ Unless you’ve been under a rock, such fantasies of UK 2.0 have been a constant throughout Brexit.

Nevermind, of course, that Singapore is a former British colony. It’s the turbocharged, hypercapitalist city-state bit that matters.

As impossible as this sounds, given the UK’s downward economic trajectory since the 1970s, the Singapore option is still worth unpacking.

It’s often talked about as if the UK is about to embark on a very radical experiment in free-market policies.

Especially now that it has been freed from ‘socialist’ Europe, and its planned economy.

The truth is that the UK has been anything but socialist for the last four decades, and in fact helped transform EU economic policymaking to play along.

But, right-wing forces want to finish the process and turn the UK into a fully market-driven society, with even lower tax rates and state regulation.

The ambition is to be more like America-on-the-Thames, than its to be like Singapore. Hence,  the European lie.

So far these small-government ambitions have been derailed by the COVID-19 pandemic and the fact that Boris Johnson is no ideologue.

The real danger of the Singaporean option is not the right-wing economic project but the prospect of representative politics being curtailed.

Actually existing democracy is already very flimsy in the UK. It’s possible to imagine British institutions becoming even more authoritarian than they already are.

The Johnson government has amassed far greater powers than previous governments. It has no interest in giving any of it back, either.

People who say that Britain might become ‘Singapore-on-Thames’ forget that the UK is at the core of a vast network of tax havens.

Furthermore, the UK has redesigned its tax system to benefit the super-rich and multinational corporations. This process began long before Brexit.

The idea that Britain could ‘turn’ into Singapore ignores the history that ties the two countries together.

Singapore was once an important outpost in the British Empire. So it should not be surprising that many of the city-state’s institutions were built with British models in mind.

The Singaporean political system owes a great debt to British rule despite all claims that it represents ‘Asian values’.

Indeed, Prime Minister Lee Kuan Yew learned a lot from his days at Cambridge – where he was nicknamed Harry – and the elite boarding school Raffles.

He later extended the lessons of Raffles (namely caning) to the rest of his country.

The People’s Action Party (PAP), itself modelled on a Leninist-style vanguard, has ruled Singapore since 1959. After a brief flirtation with left nationalism, the party embraced right-wing economic policies to turn the city-state into an international financial centre.

As national leader, Lee Kuan Yew ran a well-oiled authoritarian government for over 30 years. By the time Lee stepped down, the PAP government had built up a dominant-party system that suited its own agenda.

“They say people can think for themselves? Do you honestly believe that the chap who can’t pass primary six knows the consequences of his choice when he answers questions viscerally on language, culture and religion?”

“We would starve, we would have race riots,” he stressed, adding, “We would disintegrate.”

Unlike Western politicians, Lee Kuan Yew disparaged opinion polls. He claimed he believed in ‘meritocracy’, meaning he thought he was the best man to govern and the people should know their place.

“I have never been over concerned or obsessed with opinion polls or popularity polls. I think a leader who is, is a weak leader,” said Lee in a 1997 interview.

“Between being loved and being feared, I have always believed Machiavelli was right. If nobody is afraid of me, I’m meaningless.”

Although the PAP adopted a conservative stance, the ruling party promoted its own version of civic nationalism to hold together a multiracial, multilingual society. This included promoting English as the lingua franca between different linguistic groups.

The Lee government went much further to socially engineer certain outcomes and norms.

Singapore banned men having long hair in the 1960s and even forced popular bands to cancel tours to the city-state. Tourists were expected to have their heads shaved or turn back.

The most notorious of these laws was the ban on chewing gum with the penalty of caning. The law was passed in 1992, though it was first proposed as early as 1983.

Other strange laws include a rule obliging people to flush public toilets.

Lee Kuan Yew opposed the chewing gum ban in the 1980s because he felt it was “too drastic”.

“I am often accused of interfering in the private lives of citizens. Yes, if I did not, had I not done that, we wouldn’t be here today,” said Lee in a 1987 interview.

“And I say without the slightest remorse, that we wouldn’t be here, we would not have made economic progress, if we had not intervened on very personal matters – who your neighbour is, how you live, the noise you make, how you spit, or what language you use,” he said.

“We decide what is right. Never mind what the people think.”

These policies may seem extreme in a Western liberal democracy. However, the background of British colonial rule should not be underplayed.

What we might call actually existing democracy is a very British phenomenon.

Prime Minister Johnson may like to talk up how ‘freedom-loving’ the British people are, but the truth is the British political system has its dark side.

A quiet authoritarian streak runs through the core of the system. And this is a problem for all countries with similar politics.

The UK exported the Westminster system, including the first-past-the-post voting model, to many of its colonies and Singapore was one such case. The mother of all Parliaments (or, arguably, of all problems) gave elites a working model for how to stay in power.

The Westminster system works by granting immense power to whoever can control a majority in Parliament.

The key differences in Singapore are that the country is a republic. It has a codified constitution, its parliament is unicameral, as well as an elected president with limited powers.

It’s extremely difficult for an opposition party to dislodge the People’s Action Party. Not just because of the structure of Singapore’s political system, but because it is run on terms that work for the ruling party. The media is compliant and protest is difficult in such a country.

Much like the UK, Singapore has an elective dictatorship where the executive has immense power to shape the political agenda – since there is no strict separation of powers – so long as it can hold a majority in parliament.

The Singaporean government, now led by Lee’s son Lee Hsien Loong, has used this system to transform the city-state into a financial hub for multinational companies operating in countries like India.

As part of this strategy, Singapore offers multinationals a soft-touch regulatory regime and a headline corporate tax rate of 17%.

The government has exploited the country’s links to London to turn itself into a major offshore financial centre – sucking capital into its open economy from the rest of Asia.

At the same time, Singapore has long had an activist government as well as being a neoliberal regime. For example, the state owns the majority of land in the country even though homeownership is a cherished ideal and almost all Singaporeans buy their homes.

The past has seen social justice activists arrested and accused of being ‘communists’. Even modest advocates of liberal reform have faced persecution by the courts and lost their jobs.

Today, Speaker’s Corner (named after the Hyde Park location, near Marble Arch, in London) is the only place where Singapore allows protest.

On the one hand, capitalism with Asian values means rapid social development and economic growth, but, on the other hand, it means civil liberties and the popular will cannot be allowed to get in the way of either.

Furthermore, the state is expected to guide the society with a strong hand. As a Singaporean businesswoman once told me: “We would have never allowed Brexit. Democracy can never be allowed to get in the way of economic growth.”

After stepping down in 1990, Lee Kuan Yew assumed a new role in the PAP government. He was made ‘senior minister’, an advisory role that granted him prominence in the cabinet. Not that Lee ever backed down from making public statements.

In one such case, Lee was addressing a Japanese-sponsored symposium and the subject of democracy came up. “Now if democracy will not work for the Russians, a white Christian people, can we assume that it will naturally work with Asians?” he told the audience.

Lee Kuan Yew went on to serve his son as ‘minister mentor’ before finally retiring in 2011. The man who ruled for three decades remade Singapore in his image and the city-state is still living with the consequences today.

If the UK is about to become more like Singapore, it’s not as alien a course as we might want to think.

Much like its former Southeast Asian colony, Britain has embarked on an economic experiment to turn itself into a global financial centre.

Except, this is a fundamental part of our long decline since losing the empire.

We’ve been drifting into soft authoritarianism for many years. Our democratic institutions are so decrepit they barely functioned for the last three years.

The question is whether we decide to formalise that change or not. Hence, the Singaporean model. And the Hungarian and Polish ones, too.

Photograph courtesy of A Lot of Words. Published under a Creative Commons license.