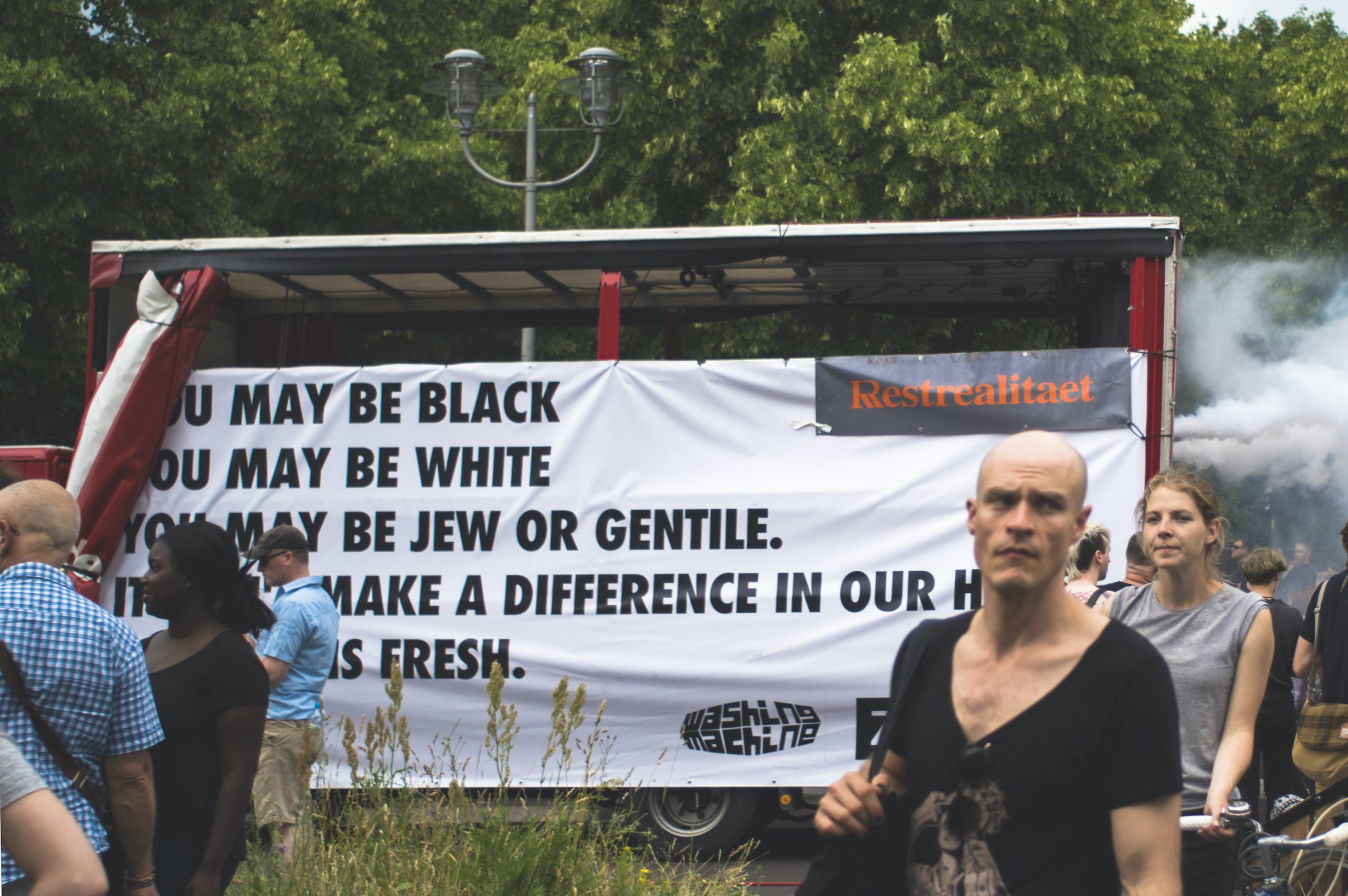 Habermas Against the Fascists

As far as philosophers go, few qualify for the household name category in Germany more than 91-year-old Jürgen Habermas.

The best-known member of the Frankfurt School’s second generation, Habermas was always its most optimistic thinker, inspired by the defeat of the Nazis in World War II.

Though a critic of capitalism like his mentors, Max Horkheimer and Theodor Adorno, Habermas has made it his life’s work to find new resources for democracy in politics and culture.

It’s a praiseworthy stance, particularly given the Holocaust-influenced pessimism of the Frankfurt School, and its fear of US power after the war.

Hitler may have been defeated, but the world emerging in the conflict in Vietnam, and the globalisation of American consumer culture, was not the desired antidote to fascism.

Enter Jürgen Habermas and his veneration of Germany’s post-war constitution and the European Union. In both, he found the best answers to Hitler and Washington.

Hence, the familiarity of his argument in a recent article in Blätter: the 30th anniversary of German reunification is an opportunity to renovate post-fascist Germany and European unity.

Both are currently open questions, freighted with a great deal of historical baggage. And if the present moment does not seem to be the most auspicious at which to dare more democracy, that is precisely the wager that Habermas wishes to make.

In “30 Jahre danach: Die zweite Chance,“ Habermas acknowledges the severe challenges facing both of these projects. The rise of right-wing populism has been particularly distressing in Germany where the heritage of Nazi racism is never far from public consciousness.

The racist attacks this year in Hanau and elsewhere are grim reminders of the direction of street politics. But more alarming is the impunity with which the National Socialist Underground was permitted to act for more than a decade.

The rise of fascist movements such as PEGIDA and Alternative für Deutschland leave little doubt about the rising cachet of the far-right and its increasing acceptance among the administrative and legislative elites in Germany.

While the German version of this story is particularly distressing, it is part and parcel of a broader narrative playing out across Europe. Few member states have seen their democratic credentials called into question more clearly than Hungary and Poland.

Though easily consigned to the post-communist regression model, the growth of far-right parties in the historically more democratic Western EU, such as Lega Salvini, Rassemblement National, and Vox suggests this is not just a Central European problem.

Though one might think the recent conviction of Golden Dawn’s leadership for running a criminal enterprise is a sign of progress, it has no bearing on how mainstream its politics have become. When it comes to refugees, Greece’s New Democracy government is the same.

Of course, the issue of the day around the world is COVID-19, the political effects of which seem hardly more salutary than the physiological ones. In Europe and North America, the response to the outbreak has been (with a few exceptions) variations on the theme of half-hearted lockdowns.

As with most other half-measures taken concerning pathogens, these have resulted in a “worst of both worlds” scenario, causing economic pain without being pursued with sufficient vigour to actually stop the spread of the disease.

Why then does Jürgen Habermas think that this would be a good time to effect positive transformation in both German and European democracy? He answers that there is a fundamental connection between the two issues, and thus that the solutions ought to (or must be) similarly entwined.

There is at least one level at which this makes sense. For Habermas, resurgent fascism in Germany is inextricably linked to the process of reunification. This was undertaken as a project of takeover and reconfiguration of the East German state by West Germany.

Rather than allowing the critical forces that had been building up within East Germany for a decade to engage in a process that might have actually embodied Willy Brandt’s famous comment, “What belongs together will now grow together,” West Germany simply ate East Germany, spitting out the rind of non-performing assets and people.

The fascist pathologies now blighting Germany are strongest in the “Neue Bundesländer” (new federal states). If they have spread to other regions, it remains the case that West German-dominated processes of reunification allowed them to grow and metastasise.

This is intimately linked to the conditions of Cold War division. The CDU/CSU, which was politically dominant in West Germany for a large part of the period between 1949 and 1989, made campaigning against communism central to its political appeal.

Anti-communism was a strategy that both allowed the social democratic SPD to be put on the defensive and worked to deemphasise the Nazi past of more than a few figures in Germany’s post-war centre-right.

Stripped of communism as its bête noire, German conservatism boggled, failing to address the growth of far-right politics in the period before the takeoff of reunified Germany’s export-led growth model in the oughties.

Jürgen Habermas’s position seems to be, although it is never quite stated in such straightforward terms, that the lack of a positive project, to promote democracy in the era of expanding neoliberal capitalism, allowed for the growth of illiberal ideas and movements.

There is a parallel here with his position on the European Union, both in the article and in others that he has published in the last several years. The EU, he has noted, suffers from a pronounced democratic deficit.

Consequently, the constitutional patriotism that has underpinned German reunification has not taken root in the supranational environment of the European Union.

The result has been a political unease, easily converted to xenophobic ends in the face of increased flows of refugees and uneven economic development across the bloc.

Habermas notes that “The AfD is fomenting a conflict which may well have arisen out of the asymmetric costs of German unification but is now newly orchestrated as a mirror-image rejection of European integration in nationalistic and racist language.”

Given that the problems of resurgent German fascism and anti-European feeling are fundamentally connected, it only makes sense that an attempt to address the one must be paired with an attempt to deal with the other.

But how is this to be achieved? As has been the case with many of Jürgen Habermas’s recent interventions on these questions, the positive content has been underwhelming. In this article, he does little beyond noting the connection between the two issues.

Jürgen Habermas is not wrong in believing that strong European institutions will be crucial for addressing the continuing threat posed by COVID-19 and the financial challenges attendant upon it. But it is hard to know what might be done at this point.

Angela Merkel, whose stock has risen in the course of the crisis, came out in support of Eurobonds in the spring, although at a level that is more symbolic than real in terms of its actual effects. But that, at least, points in the direction of a solution.

The underlying problem of the EU is wealth concentration, one effect of which is to make xenophobia more palatable. While the levels of income inequality do not approach those of the United States, there is a similar appeal to racist and nationalist politics.

Europe is facing the greatest crisis since the 1930s. While it is unclear what paths will lead us out of it, Habermas is correct that this is a moment whose severity must galvanise the left to achieve levels of democratisation in Europe unimaginable a decade ago.

Where that democracy movement is right now, it’s hard to tell. But, on the thirtieth anniversary of German reunification, its renewal couldn’t be more timely, or appropriate.