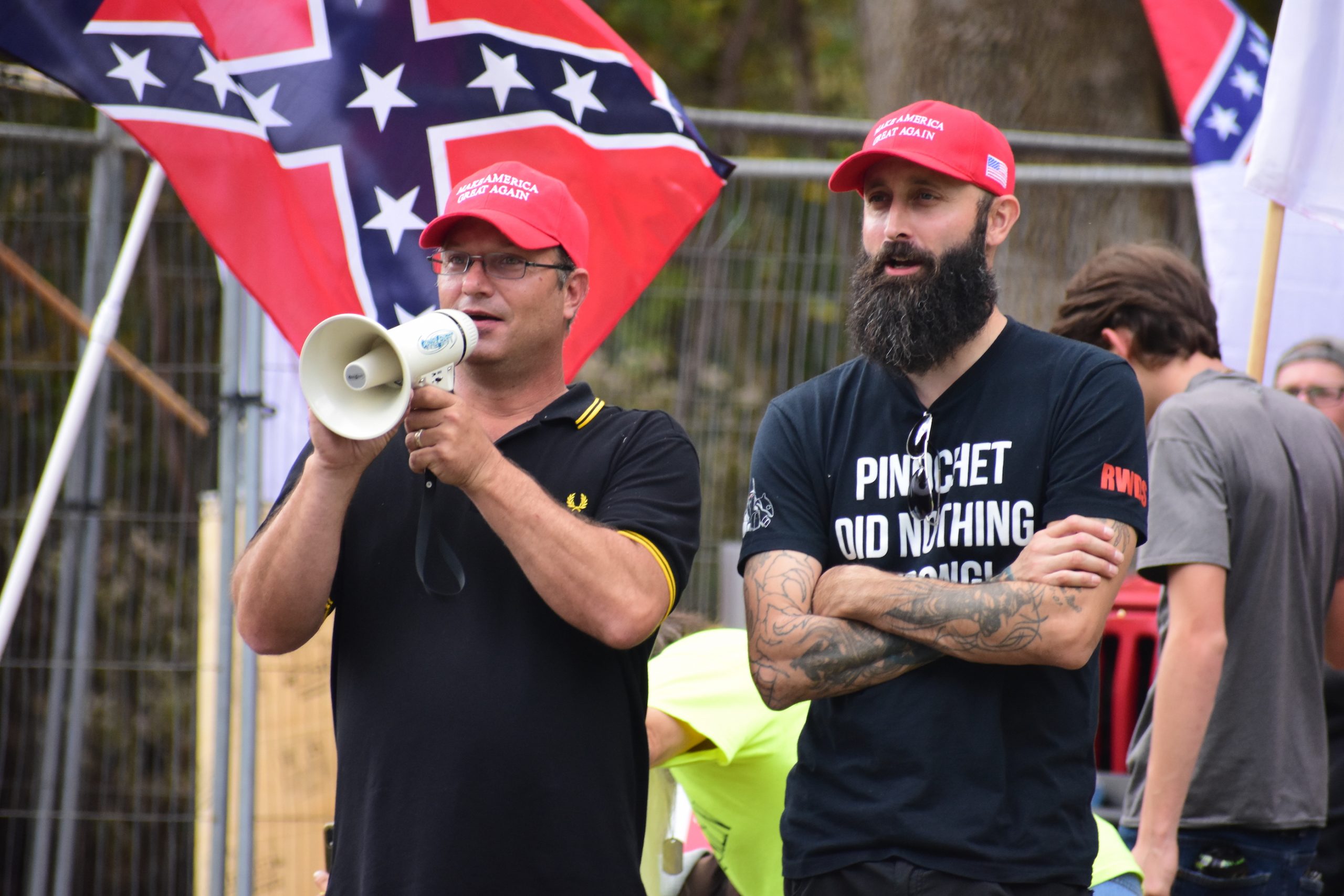 The Return of the White Republic

The middle class is the quintessential American category. It’s of foundational significance, although it is only since the Reagan era that it has had its current degree of political cachet.

Being middle class means being above the market. The middle class has the stability and the resources to choose what it wants to do, and who to work for. It’s the American ideal, realised.

As nice as that sounds, it’s not all positive. The ideal also harbours a reactionary kernel that equates such freedoms with ethnicity. If you’re not white, you have to fight for them.

Historian David Roediger would know. In works such as The Wages of Whiteness and How Race Survived U.S. History, Roediger has analysed the myriad ways that whiteness has been turned to political uses.

In his latest book, The Sinking Middle Class: A Political History, he turns his hand to a political issue that has bedevilled commentators and political strategists ever since the rise of the so-called “Reagan Democrats” in the 1980 presidential election.

The Sinking Middle Class is a history of the middle class in America. What stands out is not so much what it is but which it is (in danger of) becoming. One of the defining features of being middle class is a consistent fear of being ejected from it.

Less prominent is the way that the very existence of the class is taken to be a bulwark against outbreaks of radicalism and rebellion among the lower orders. This is a very American story.

Fear of the poor was similarly pervasive among European elites throughout the 19th century, with the frightful spectre of the French Revolution an ever-present reminder of how dangerous the working class might become.

In the democratically-governed states (Great Britain, France, and Germany after 1871), efforts to restrain the proles became a common theme.

This quest became ever-more profound in the 20th century, particularly after 1945 when the belief that liberal capitalism had experienced a catastrophic failure during the interwar period and was now in need of some sort of regeneration.

When the German sociologist Helmut Schelsky wrote of the “nivilierte Mittelstandsgesellschaft” (the levelled middle-class society) in his 1953 study of German family structure, he was expressing the aspiration of liberals across the continent for the formation of societies that replicated the purported stability and moderation of the American patrons.

The post-war decades in the United States were the noontide of the American middle class, an era when men at the head of single-earner households could support a family in a suburban lifestyle.

The traces of this in the popular culture of the era are ubiquitous. TV shows like Leave it to Beaver (1957-63), Father Knows Best (1954-60), and The Adventures of Ozzie and Harriet (1952 – 66) created powerful images of patriarchal domesticity available to stolid earners who paid their bills on time and didn’t get above themselves.

Roediger’s narrative is one of decline, and not directed to the oft-mooted goal of middle-class redemption. By the time the middle class became an issue in American politics, its dominant motif was anxiety rather than confidence.

The end of the post-war boom, increasingly evident after the late 1960s, coupled with the rise of liberation movements among African Americans and women, cast a pall of threat over what had been perceived for two decades as the basic condition of American civilisation.

The transition of the US economy to post-industrialism, the concomitant rise of the two-income family, and the transition from wage growth to consumer credit expansion caused profound shifts in American culture and society.

These were coupled by the rise of an explicitly racist conservatism espoused by the Republican Party in its so-called “southern strategy”, finding its apotheosis in Ronald Reagan.

The Sinking Middle Class illustrates an interesting slippage in American politics. The white working class, whose defection from the Democratic Party was identified as the basis for the rise of the “Reagan Revolution” was the product of an overlap with better-paid white workers, whose union jobs made possible a lifestyle previously unimaginable to blue-collar labourers.

Roediger notes that usage of the term “middle class” peaked in the mid-1970s and was progressively made ethnic in public discourse with “white working class.” The decline of this class and the political fallout constitute a powerful and important narrative.

The white working class of the early 21st century is defined by rising debt and declining prospects continues to be the bête noire of the Democratic Party and is commonly associated in the US newsmedia with the rise of Donald Trump.

One of the most interesting themes in Roediger’s book are the problems that the white working class has presented for the Democratic Party. Since the 1930s, its base has been strongly associated with industrial workers, especially in the northern United States.

It’s worth noting the misconception, common among Americans from northern states, that racial problems are a southern issue. Racism in industrial cities such as Pittsburgh, Cleveland, and Detroit is widespread and strongly abetted by unions acting as racial gatekeepers in employment.

The shift of the Democratic Party during the 1960s to a more racially open profile, as in the Johnson Administration’s support for the 1964 Civil Rights Act, began a process of decoupling the white working class from the party, one which was accelerated by industrial decline.

In the post-Reagan era, as Roediger notes, the Democrats have struggled to find ways to reconnect with downwardly mobile white workers.

Time and again since the 1980s, the Democrats have gone through spasms in which they try to square the circle of reclaiming working whites while not shedding non-white and leftist voters.

More often than not, the strategy has been simply to tell the latter that nothing will be done for them, but that a Republican regime would be worse (which has often proved to be true).

As the rise of Donald Trump shows, the unwillingness of the Democrats to deviate from neoliberal orthodoxy effectively conceded support of the white working class.

President Trump could at least offer racism and unapologetic jingoism, whose intoxicating effects have a long and well-documented history in the United States.

In the end, as Roediger notes, the key question is how downwardly mobile whites can be engaged in the project of building a more just society.

Among its many virtues, The Sinking Middle Class is a devastating indictment of the cynicism of American politics with its combination of exploitation and pandering.

The middle class has traditionally not been a territory on which the left has wanted to struggle, since the combination of economic privilege and narratives of decline has provided fertile ground for racial and economic retrenchment.

Ironically, the politics of neoliberalism have done more to destroy the American middle class than the hordes of wild-eyed socialist revolutionaries that inhabit that paranoid fantasies of the MAGA crowd.

David Roediger’s project is neither to praise the middle class, nor to bury it, but to realize the ways of life that it always promised.