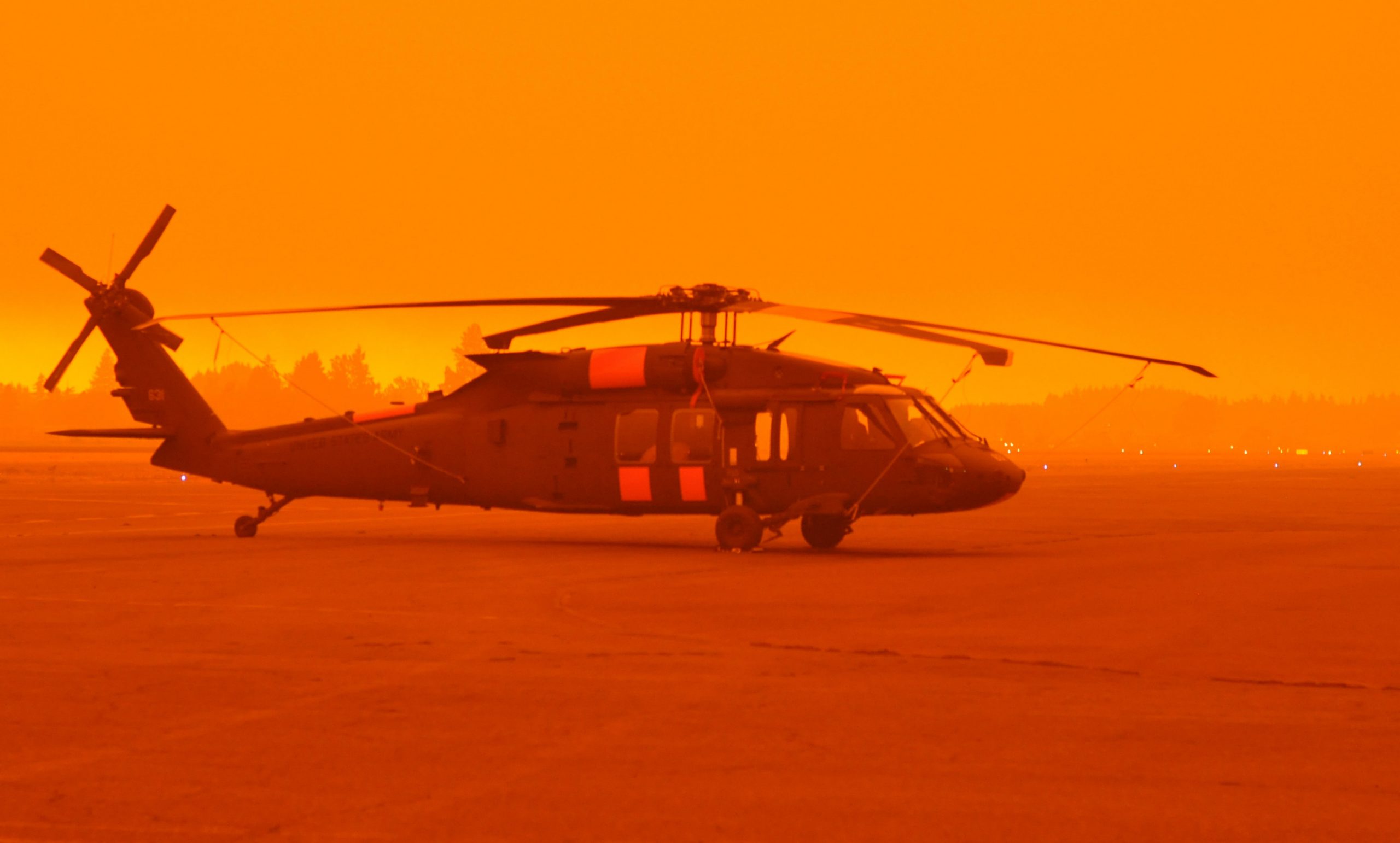 Putting Out the Fire

The West Coast is on fire which, grim as it is, has at least given everyone in United States something else to think about than COVID-19.

It’s a sign of just how far through the looking glass we’ve come that it seems like a relief.

Admittedly, the choking smoke and packs of armed militiamen patrolling the roads are disconcerting. But since fires happen every Autumn now, this shouldn’t come as a surprise.

It’s just that the pandemic makes it feel worse. Like COVID-19, climate change is an issue that has to be dealt with at the level of system rather than simply that of symptoms.

In both cases, neoliberalism makes taking steps to fix the problem vastly more complicated, even when it is obvious that the stability of the economy is at stake.

Although the coronavirus is, at least in the short term, less easy to ignore, it’s probably easier to fix. Vaccines for similarly debilitating influenzas have been made before.

The development of antidotes is exactly the sort of problem big pharma loves, because of the vast sums of money involved. Particularly those granted by governments during health crises.

Other questions, like how viruses are generated in the context of modern industrial farming, can be left to the side. As long as we can get vaccinated, we can live with them.

Climate change is more intractable and the solutions to it, from the Green New Deal to degrowth, require transnational action and collaboration.

The Green New Deal is probably the most realistic. Climate Crisis and the Global Green New Deal, by Noam Chomsky and Robert Pollin, (with  C. J. Polychroniou) makes this case in extensive detail.

Much of the material in the early part of the book will be familiar. The causes and likely consequences of human-driven climate change have been well-known for a decade. Chomsky and Pollin provide a clear and systematic account of precisely what these are.

The final chapters of the book address matters of greater interest. The argument, which has been advanced by the likes of Alexandria Ocasio-Cortez and Bernie Sanders, is that resources have to be shifted away from extractive, fossil fuel burning enterprises towards renewable energy.

The twist presented by Chomsky and Pollin is to emphasise the global scope of such reform.

One real virtue of The Climate Crisis and the Global Green New Deal is the willingness of the authors to address the inequalities associated with carbon output.

As an example, Chomsky and Pollin make clear their desire to end subsidies for fossil fuel production in the United States.

As Rachel Maddow noted in her 2019 book about the oil and gas industry, Blowout, suppliers are often paid to offset the exorbitant costs of extraction techniques like fracking.

However, they also act as a subsidy to low and middle-income people. Offsetting the added cost of meeting their basic energy needs would just be a matter of transferring the profits to lower earners.

How is this situation to be reconciled with the needs of developing countries who are bound to bear the brunt of restrictions on carbon production and shift to clean energy?

The answer is, once again, a matter of transferring wealth from earlier developers to up and coming economies, whether it be from cuts to defence budgets worldwide (The Climate Crisis suggests something on the order of 6%) or from the sale of Eurobonds.

Chomsky and Pollin take issue with both degrowth and climate engineering as potential solutions to the current crisis, although they are generally more attracted to the former than the latter.

Although they profess to be sympathetic to most of the goals of degrowth, Pollin argues that it lacks the capacity to reduce emissions growth to the degree required (For example, zero before global temperatures reach two degrees Celsius.)

The various engineering fixes offered have a dual problem. The first is whether they will work given the enormity of the crisis. The second is whether they will provide cover for those who deny climate change is man-made, or who wait to try and tackle its consequences.

Talking about global wealth transfer is all well and good, and even Chomsky’s occasional references to the work of Bakunin are well-taken. But history has shown that changes such as the ones being proposed here have always involved an element of compulsion.

If the conditions to realise The Climate Crisis and the Global Green New Deal’s recommendations don’t exist today, it still goes a long way towards laying the groundwork to make them happen in the future.

Photograph courtesy of The National Guard. Published under a Creative Commons license.