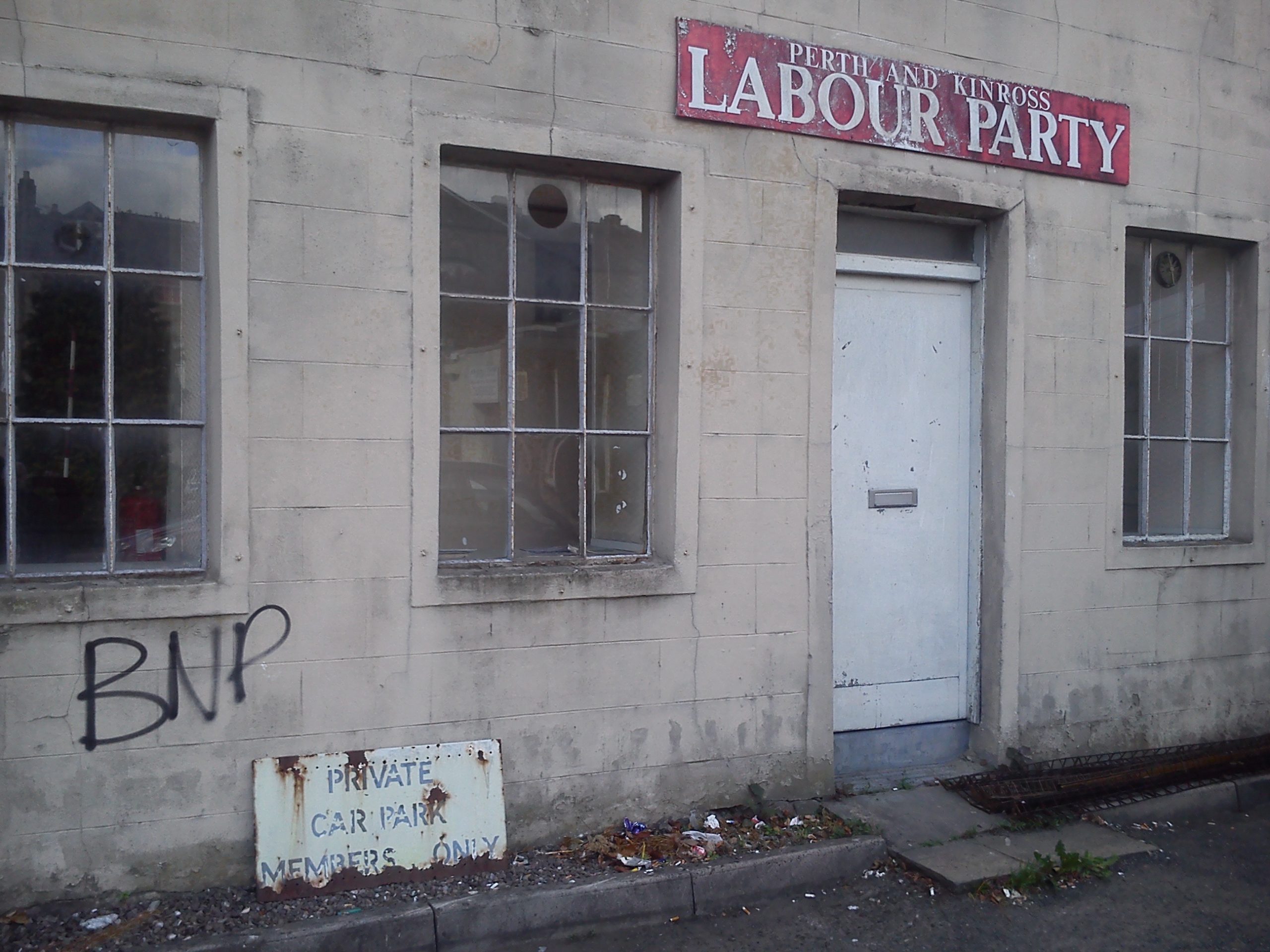 Labour and the UK Left

Dread has been the new normal since the 2019 election. The hopes of a generation were dashed in one night. Worse still, the lowest forces in politics came out on top. 12 December was a blowout for Britain’s far-right.

Once again, the Conservative establishment will decide the future of the country. Except this time, it’s the nationalist wing.

It might be possible to build a coalition against them, but the problem is the UK lacks the same history of popular resistance as other European countries, such as France and Italy.

The two key constituent parts are the liberal left and the socialist left. Neither is particularly cohesive or united at the best of times.

However, the liberal left is often more cohesive around key institutions in the media, as well as civil society institutions, think tanks and NGOs.

This left can rely on The Guardian and The Observer, but the socialists barely have a presence in the mainstream media. Much of the liberal left will hold tight with Labour, while the socialists will be split.

The Guardian is to media what Labour is to politics. Both have left-wing people in them. Neither is left-wing.

Still good reporters at the paper. Hope they get sorted. Trim a few senior editors and columnists. They can work for the security services full-time instead of flexi.

The problem is that the liberal left lost a lot of ground with the rise of populism. Guardian columnists have few answers beyond talk of progressive alliances and fact-checking. They hope we can win by being reasonable with people who are completely unreasonable.

Meanwhile, many socialists who joined Labour in 2015 and 2016 have already bolted. It’s a big question where these people will go.

Some of the left opposition to Keir Starmer will return to the old left-wing groups. But what is there to return to?

Back to the Factions

What was so odd about the last five years was the degree of unanimity on the left.

Socialists are infamous for their ability to splinter over the slightest difference. Yet radicals were surprisingly united behind the Corbyn project.

Small post-Trotskyist groups like the Alliance for Workers’ Liberty (AWL) put all their bets on Corbyn, while Workers’ Power told its members to join Labour and dissolved itself.

These groups became a focus of right-wing paranoids fearing ‘entryism’.

Entryism has always existed in British politics, but it shouldn’t be exaggerated either. The socialists who joined Labour in 2015 and stayed with it through to 2020 have managed to secure some political gains, but far short of a full transformation.

The British establishment has shifted leftwards on economics.

The Tories have stolen ideas from Corbyn and implemented them in diluted form. Keir Starmer is doing the same as he drives the party back to where it was under Ed Miliband.

This is also why it’s hard to see how the fringe radicals have really benefited from staying outside the party. The Labour left can claim some victories however incomplete.

What the left does now is a tough question.

There were outliers to the Corbynite left, such as the Revolutionary Communist Group (RCG) and the Socialist Party of Great Britain (SPGB), who argued against any kind of compromise with electoral politics.

The former condemned Corbynism as ‘imperialism by another name’, while the latter saw Jeremy Corbyn as just another reformist. This is not surprising for groups that put the ‘sect’ in sectarian.

The SPGB takes an ‘impossibilist’ line and rejected the Labour Party when it was founded, whereas the RCG regards all attempts at reform as social imperialism.

Unsurprisingly, the political achievements of such sects can be counted with no fingers.

Neither party has seen a surge in its membership. However, the factions that were pro-Corbyn have not fared much better.

Overall, the radical left seems to be unchanged. This is because Labourism took precedent above all else.

Socialists will have to decide where to turn if they choose to leave the Labour Party. It’s not clear where, though there are projects which have persevered the last few years.

At the same time, the Tory government has adopted a new economic strategy since the pandemic hit.

Boris Johnson has borrowed and diluted ideas from Labour to keep the economy going while trying to entrench the low service standards created by austerity.

This is a different terrain. Leftist activists have been campaigning against austerity for over twenty years, but they’re now faced with a Conservative government that has spent vast amounts of money to save the economy.

The future may lie more with protest movements like Extinction Rebellion and Black Lives Matter UK. They may be the best ideological bet even for those who stay in the Labour Party.

From the environment to racism and civil rights, both movements have shown a remarkable ability to lead the national conversation. They’re the perfect remedy for the loss of Corbyn.

There are still mainstream parties that have a progressive record in Parliament.

One such case is the Green Party of England and Wales, which has long straddled the divisions between the liberal and socialist left. This was an unusual part of its success.

Even more unusually, the Greens began as a far more conservative group when they started out in the 1970s and were a Eurosceptic organisation until the 1990s.

The party was in fact so Eurosceptic, Nigel Farage voted Green in the first European elections.

Confronted with the Corbyn project, the Greens pivoted to the centre-ground and moved into an anti-Labour coalition with the Liberal Democrats and Plaid Cymru. The three parties forged an electoral pact that benefited the Lib Dems more than any other party.

The apogee was Caroline Lucas, once a respected figure on the broad left, calling for a national unity government composed solely of women to solve Brexit.

It sounded good on paper until it became clear all the participants would have been white and centre-right.  Diane Abbott, the first black woman elected to Parliament, a strong Remainer and a progressive socialist, was excluded from the proposal.

All of this was a product of the fact that the Greens had lost a chunk of their progressive constituency to Labour. The only way ahead, or so it seemed, was to drive forward on wedge issues like Brexit. This strategy proved fruitless even in the short-term.

The Greens may have helped build up the Lib Dems, but effectively this meant dividing the Remain vote at the national level.

The resulting fragmentation allowed the Conservatives to bulldoze winnable seats with a hard Leave coalition.

Now that Labour is fast-moving back to the centre, there may be more space for the Greens to reposition themselves to the left of the Labour Party.

However, the Greens will have to repair the damage done by their coalition stitch-up.

The End of the Union

The Greens are a small, beleaguered presence in Parliament.

The same cannot be said about the Scottish National Party (SNP). The party has enough MPs to play kingmaker if the circumstances suit it.

Much like the Greens, the SNP can straddle the divisions between the liberal left and the socialist left.

Better yet, the Scottish National Party has the best position in UK politics because they can blame bad policies on the English Tories whether they resist those policies or not.

First Minister Nicola Sturgeon has kept a second independence referendum on the agenda. However, it’s unlikely there will be such a vote under a Tory government.

So why call for it? The SNP can wait for discontent with the Tories to brew, while its position grows stronger.

The Scottish nationalists could play kingmakers in a future UK election and lend their support to the Labour Party, but not without a second referendum on the table. The SNP is playing the long game.

The English left supports Scottish independence for the sake of striking a blow against Tory Britain, but beyond that, there isn’t much of a plan for what the UK should look like after Scotland leaves.

At the same time, the SNP has been vague about what kind of society it wants.

The sign we had during the 2014 campaign was that the Salmond leadership favoured keeping the monarchy and keeping the pound. The party had changed its tune with the times.

Before the eurozone crisis, Alex Salmond called for Scotland to model itself on the Irish economy and become a ‘Celtic lion’. This meant a low-tax regime and a market economy with the euro as its currency.

The Scottish nationalists still need a positive model to emulate and the problem of the currency is not going away. An independent Scotland could end up tied to the Bank of England or the European Central Bank. Neither has a good record for a country like Scotland.

It may be time for another change of tune, but the Scottish government is right to demand another referendum at a time when its relationship to the EU is being changed without its consent. So the case is there whether the rest of Westminster likes it or not.

The British Union may not survive the next 20 years, even if the Tories can hold off Scottish secession for the rest of this Parliament.

The UK has already been torn apart by one great constitutional question. The future will finish the job.