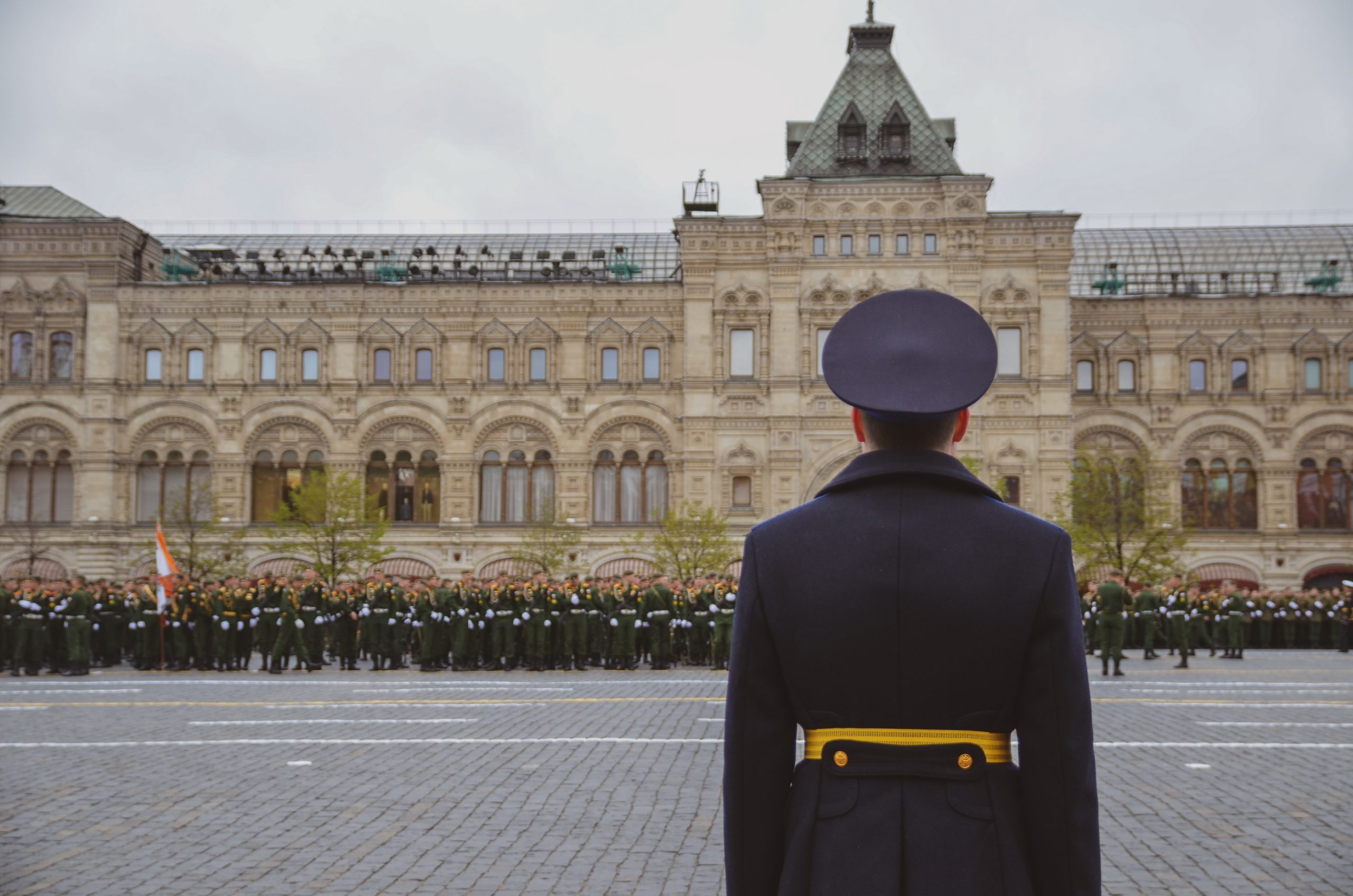 From Britain to Russia

“Red Square”, the first track on Simon Scott’s new album Migrations, unfolds at a leisurely pace. Those who favour the stripped-down aesthetic of Berlin dub may hear elaborations on the hissing minimalism of Pole or the meta-reggae of Rhythm & Sound.

But if you are not seeking after the touchstones that critics feel a duty to cite, you will soon realise that you are listening to a compelling form of sonic hybridization.

On the one hand, you will discern the rigorously clipped instrumentation of classic dub, drenched in an approximation of the low-tech echo chamber of Lee “Scratch” Perry’s foundational records from the 1970s.

On the other, by contrast, you will hear a panoply of sounds that, for all their musical interest, derive from the real world: footsteps, voices too muddled to make out, and the unmistakable sound of trains moving undergound.

Although the second track, “Murmurations”, sounds markedly different than “Red Square”, it was clearly constructed according to the same principles. A few droning synthesizer tones pulse and throb throughout, like something from one of Angelo Badalamenti’s soundtracks for film director David Lynch, but played at half or quarter speed.

Over top of them, however, you first hear what sounds like someone frantically twisting one of those wood-on-metal bird callers that children use to drive their parents mad, only gradually realising, as the track progresses, that these are actual bird calls, mounting to a chorus that holds its own against the force of those artificial tones.

In both cases, Scott – who is best known as the drummer for 1990s  UK shoegaze band Slowdive – manages to pull off the difficult feat of striking a balance between music as it is traditionally understood and what might be called “extra-music”: sounds that we are taught to file away as background instead of appreciating for their intrinsic interest.

The same holds true for the two bonus tracks included on the digital version of Migrations, “The Borderlands” and “Fen(ce)” which further underscore the value of decontextualizing the sounds captured in field recordings in order to deploy them as musical accents.

But the album’s sequencing tells a story that goes beyond this impressive aesthetic accomplishment.

As the helpful liner notes inform us, the field recordings for “Red Square” were recorded beneath it, in Moscow’s famous underground, back in 2015, while the ones on “Murmurations” date from a 2018 excursion to The Fens, in East Anglia, where Scott was able to record a vast gathering of crows.

Presenting them back to back creates a conceptual montage that invites listeners to perceive a connection between Russia and the UK that might otherwise never have occurred to them.

For many years now, Russian capital, in both its white and black-market incarnations – and, metonymically, the capital of Russia, where Scott made his field recordings — has played an important role in British life. In the wake of Brexit, however, this fraught relationship has taken on much greater importance. Putin’s Russia would like nothing better than to undermine the European Union. And Boris Johnson would like nothing better than to help it achieve that goal.

At least, that is how things increasingly appear in Brussels, beset by the rise of national populism within the EU’s ranks and struggling to ward off the perception that, with Donald Trump repeatedly attacking the bloc from the West, Europe is sandwiched between equally hostile powers.

None of this matters for appreciating Migrations musically. And it may well be the case that Scott did not mean to facilitate explicitly political reflections, even if the titles of the album’s tracks suggests that he was thinking along those general lines.

In a sense, however, what Scott consciously intended is beside the point. Because once someone makes the decision to manipulate field recordings, it is inevitable that they will capture and repurpose material that exceeds the bounds of their motivations.

There are two basic approaches to making field recordings.

In the first, the person making them selects a particular time and place in the hope of capturing specific sounds. The object of this enterprise precedes its execution.

In the second, by contrast, the recordist prioritizes serendipity. While they might have a general sense of what types of sounds might end up materializing, they do not make a special effort to capture them.

According to this approach, the object of the enterprise only comes into focus after the recording has been completed.

In the first approach, filtering out that excess often poses difficulties; in the second, the challenge is finding a way to filter the right amount of it into the finished product.

Michelangelo Antonioni’s landmark 1966 film Blow Up provides a way of underscoring the difference between them. When protagonist David Hemmings – he of the famous pegged white jeans – snaps photographs in a park at the beginning of the film, he isn’t sure why he is moved to see the world through his camera and has no obvious reason for doing so.

Later on, however, once he realizes that he may have inadvertently recorded evidence of a murder, the images he shot imbued with retroactive purpose. In a sense, he was making “field recordings” in the spirit of the second approach outlined above.

And the work he does in the darkroom, zooming in on details too small to resolve clearly, is analogous to the way an artist or researcher – the use of technology blurs the distinction between these occupations – might sift through the sounds they have captured to find something worthy of amplification, whether literally or figuratively.

The Russia of 2015 in which Scott recorded the material for “Red Square” was in many respects similar to the Russia of 2020, a de facto dictatorship in which experiences common to Western democracies are reproduced, but often distorted, as if they were being viewed in a fun-house mirror.

The UK of 2015 was vastly different from the UK of 2020. Despite plenty of evidence that support for Leave was stronger than David Cameron believed possible, most of the nation’s movers and shakers were proceeding as though the campaign were an annoying sideshow rather than the main event.

By drawing our attention to everyday urban life in Moscow, then implicitly juxtaposing it to the sort of pastoral Britain that Brexiters exalted in advocating departure from the EU, Migrations inspires the sort of measured, complex thinking about territory and freedom of movement that the mainstream press and its correlates in social media are largely unable to deliver.

While the record is a beautiful artefact in its own right and has every right to remain one, the context that intrudes on its richly layered textures makes it far more valuable than a narrow conception of listening, the sort that believes in music for music’s sake alone, would permit.