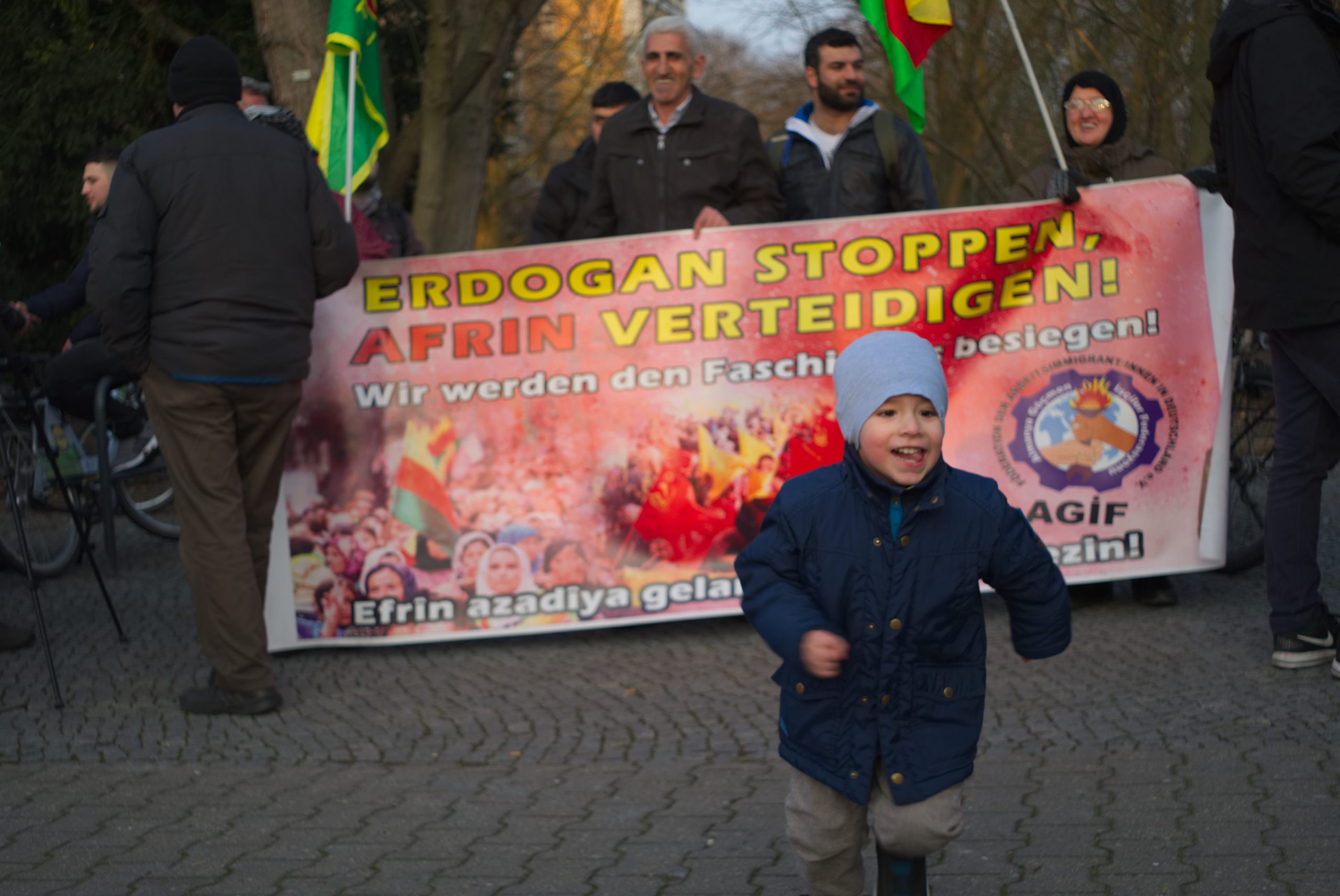 “The Kurds are the Roma of the Middle East.” I should have seen it coming. The statement, made by a reporter I worked with, was typical of his repertoire. Like many Europeans, they didn’t immediately fit with his idea of the region.

It was 2015, and I’d just come back to the office after covering a demonstration in support of the YPG (People’s Protection Units) in front of Gare Centrale. I’d shot dozens of photos, and made a number of audio recordings of the event, which we reviewed together.

Though Kurdistan was not part of our European Union beat, I made a point to go out and record media from all the political events in Brussels that I could. We’d find use for a photo, at the very least, somehow. I’m a compulsive archivist, and it’s served me well over the years as an editor.

The YPG protest was one of many I’d attend over the next few years in the city. 2015 was the year that Syria’s Kurds became a regular part of international news, due to the nearly year-long siege of Kobane, and the Obama Administration’s decision to support them in their fight against ISIS.

Given the increasing role the leftists would play as a proxy for NATO, their visibility in Brussels increased. Particularly following the 2016 coup attempt in Turkey, which then-Premier Recep Tayyip Erdoğan used as an excuse to roll back the standing of the Kurdish HDP party, and resume fighting against the Kurdistan Workers’ Party (PKK).

The Kurdish Autonomous Administration of North and East Syria (NES), known as Rojava, was next on Erdoğan’s list. Claiming its military forces, the YPG, and its women’s units, the YPJ,  (which are part of the Syrian Democratic Forces) are in fact the PKK, Turkey conducted a series of incursions into northern Syria from 2016 to 2018.

Erdoğan’s idea was to push the SDF from the border and transfer some of the 3.6 million Syrian refugees in Turkey to formerly Kurdish-held areas. Slowly but surely, his troops would chip away at the 50,000 kilometres of territory controlled by the Kurds and their Arab allies, and break Washington’s resolve to continue supporting them.

That hasn’t happened, though President Trump did signal his approval for Turkey’s 2018 incursion, withdrawing US forces from key areas around Afrin. Employing Syrian rebels recruited from Islamist groups, including ISIS, Turkish-backed troops are alleged to have committed numerous war crimes and acts of ethnic cleansing.

For a member of NATO to have gotten in bed with Islamists, of the very same persuasion that helped trigger the War on Terror, did not speak very well of the organisation. But Turkey is not the only country in the alliance to have bad leadership. From Vietnam to Iraq, the United States has set a consistently lousy example for the alliance.

Hence the political activism around Syria that has become commonplace in European cities such as Brussels and Berlin. One could not imagine two more important places, in regards to influencing policymakers: the seat of the European Union and the capital of its most powerful member state.

Germany bears the additional burden of also hosting the EU’s largest Turkish expat community (over 4 million), many of whom are ethnic Kurds, and a growing Syrian refugee community, which is estimated at 600,000. Reflecting Syria’s cultural diversity, a not-insignificant number is Kurdish.

The field recordings in this article are a reflection of the division between Brussels and Berlin. Recitations of the anti-ISIS folk song Kendal Manis, the distinctions between speak for themselves.

The first recording is directed at ISIS. There are no other mentions of who the enemy might be, even though the image affixed to the recording, shot at the demonstration where it was made, is anti-Erdoğan.

The second recording, however, reflects the conflict with Turkey. Recorded in Berlin in July, at a Kurdish solidarity demonstration I previously covered in Berlin After Lockdown, the crowd interrupts the song and redirects its anger at President Erdoğan, telling him to leave Rojava. Erdoğan, or so it seems, is the new ISIS.

The Berlin rendition of Kendal Manis is also noteworthy for the protest sounds after the song’s interruption. All of the chanting followed in immediate sequence. Some transitions were edited to be smoother than originally recorded, but it’s straight reproduction. Hence, the readymade, mashup feel of the performance.