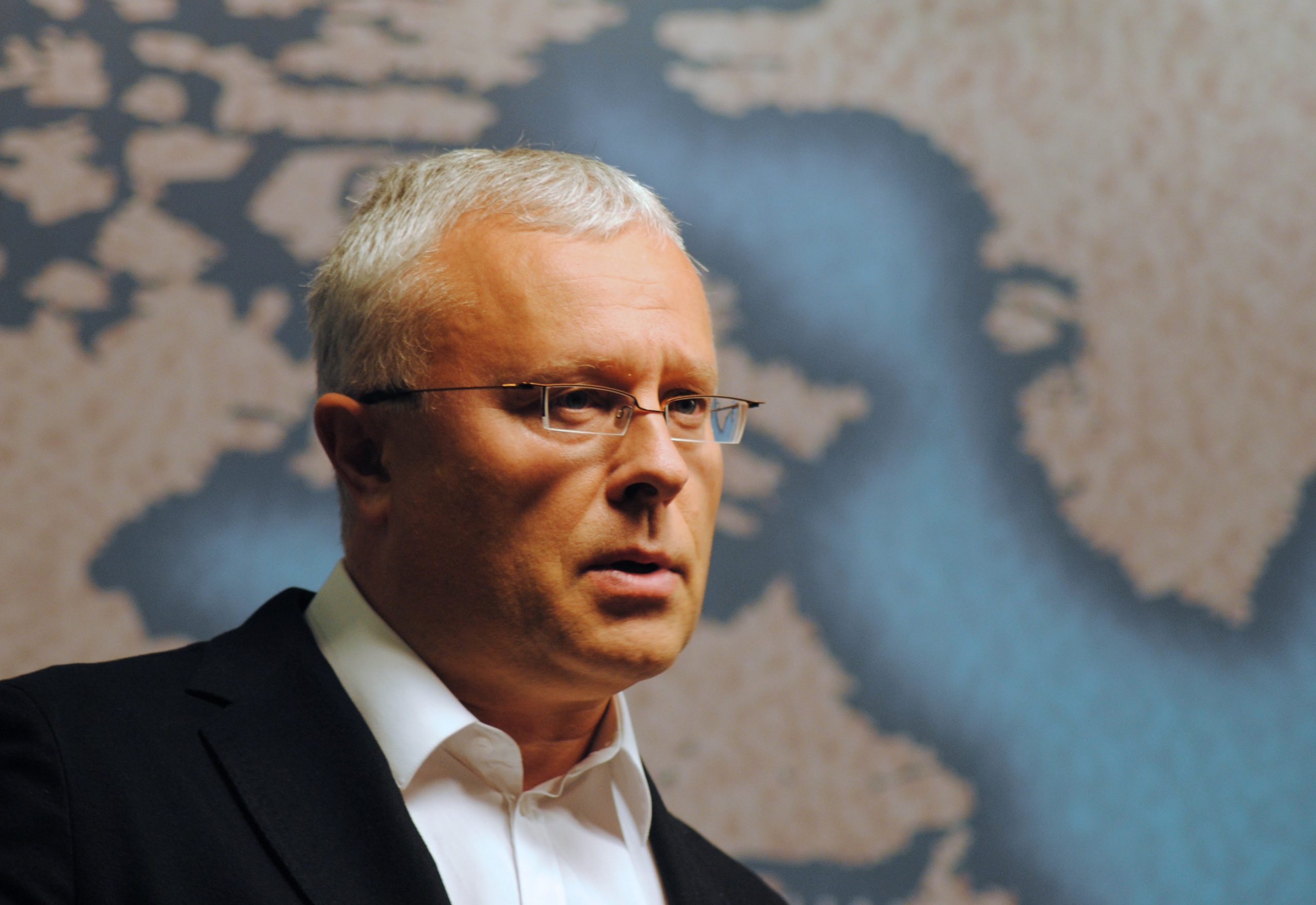 Alexander Lebedev: "If you believed the Remain camp, Brexit is backed by Putin and Isis."

It wasn’t the Russians – it was us. We did this to ourselves. We decided to dismantle our democracy. With not inconsiderable support from American vested interests.

Russia simply saw the opportunity to divide and weaken a US and NATO ally and took it. Of course, Russian state operatives were always active, doing what they do best since the Cold War years – spotting the weak links in our society and exploiting them consistently and ruthlessly.

We just ‘took our eye off the ball’.

All this is clear to me as a former British diplomat who spent the latter years of the 1980s in Soviet Russia, and the 1990s advising on the emerging Russian market.

Those were seemingly halcyon days when we cheered the sweeping away of the Iron Curtain dividing East and West Europe. They were also the “Wild West” days. When British bankers and American oilmen swept in on the crest of the free market wave.

Moscow was awash with young bucks looking to make their mark in a market with no rules and no regulation, where a Western-educated graduate with no real work experience could land a managerial position in an investment firm, running a real estate agency or even setting up an airline.

I imagine Dominic Cummings was one of those, though I never met him. I did meet plenty of others, most of whom returned home when the Russian economy crashed in 1998 thanks to the economic shock doctrine espoused by the Yeltsin government and their IMF advisors.

For a while, we went back to bartering, before the economy began to recover. Pyramid schemes, plundering of state assets and the creation of what we came to know as Russian oligarchy continued apace.

Two decades on, much of Russia’s wealth is managed in London by the banks, real estate agencies and tax firms who made the first forays into Russia. The power is now in the hands of the Russian businessmen and they call the shots.

The UK’s delayed Russia Report revealed as much. The stark picture of Conservative politicians, including members of the cabinet and even the prime minister, accepting donations from Russian oligarchs and their families, is the most concerning for our democracy.

Echos of the ‘cash for questions’ scandal of the Major government are strong. Except in that case, it was the Egyptian owner of Harrods paying lobbyists and MPs to influence parliament, not the Russian elite with links to the Kremlin.

There is no doubt in my mind that embarrassing revelations of cash for access were the reason Boris Johnson delayed publishing the report for as long as he could.

That many commentators and media outlets did not immediately recognise this was revealing. They focused on finding a ‘smoking gun’ when in fact the report is the gun.

It took a day or so for The Times to finally state the obvious on their front page after the BBC had spent 24 hours interviewing politicians talking about anything but the obvious, whilst the Observer and Guardian focused on the apparent failures of the intelligence services.

It showed a remarkable lack of concern at the political influence of wealthy Russians and the failure of government to take the Russian threat to our democracy seriously.

But then, Russian money has found its way into so many walks of life – politics, business, property, sport, and the media – that its influence was described in the report as the ‘new normal’.

The Independent newspaper – a favourite of British diplomats for its insightful foreign affairs and Russian coverage when it was founded – is now owned by Alexander Lebedev, a former KGB agent. As is The Evening Standard – with former Chancellor George Osborne installed as its editor-in-chief.

Not surprisingly, Lebedev seems disinclined either to expose Russian influence or to hold the Johnson government to account.

How did we get here? You can argue politicians were naive, that some had their heads turned by attractive women, whilst others simply took an opportunity to enrich themselves or advance their party’s fortunes.

They all point to standard Russian influence techniques. There were signs.

Theresa May famously declined to grant Boris Johnson full access to top-secret files when he was Foreign Secretary.

Johnson’s presence at Russian parties organised by the son of Alexander Lebedev, without his security detail, speaks volumes. And would have raised the alarm amongst security services who are trained to recognise these kinds of risky behaviours.

Boris Johnson and the Russian Mountain: a two minute film which sets out why MI6 was worried about a security risk.

There were also criticisms of party donations from wealthy Russians – in return for a private dinner or a game of tennis with the prime minister of the day.

No amount of disingenuous briefing from party chairman Brandon Lewis that these were legal donations from British citizens could remove the suspicion that Russians who have bought investment visas and ultimately UK citizenship may not have the best interests of the UK at heart.

Let’s not forget the documented concerns that Russian money and online interference may have attempted to sway voters in the 2016 EU Referendum, just as in the US and French elections.

I retweeted this y’day but retweeting it again today. The peerage list is an inflection point. The old rules are dead. Decency, shame, accountability. We the press, public & parliament need to take serious stock. This is a Trumpian moment. Johnson has changed politics. So must we https://t.co/m9IHhMHe4u

Why was none of this properly investigated?

One can only conclude that with Brexit being so bitterly fought over it was too inconvenient and potentially destabilising for the party in power to question the legitimacy of the vote. Forging blindly on with Brexit has trampled over much of our democratic norms.

But our eyes were opened by the Russia Report, weren’t they? So we could expect a period of circumspection from the government and an inquiry into Russian interference in political events as requested by the Parliamentary Committee for Intelligence and Security?

Alas, this government seems to take its cue from the Bannon/Trump school of political strategy – push the boundaries of acceptability as far as the system will let you and wear your transgressions as a badge of honour.

Public outrage can only last so long when the levers of power and even the media are in the wrong hands.  Doubling down, Boris Johnson nominated Evgeny Lebedev to the House of Lords, just days after the Russia Report was published.

Plenty of political pundits were appalled. Mainstream media, seemingly not so much.

Perhaps because there were other, equally egregious, appointments as a reward for supporting Johnson’s Brexit-based journey to power:

So where do we go from here?

Whilst the UK’s ‘Magnitsky sanctions’ announced last month are a welcome step, and the proposal for a register of foreign agents may make it easier to see who is acting on behalf of foreign governments, these efforts to impose measures already in place in the US do not go far enough.

As Trump’s presidency has shown, the US political system is being played by foreign lobbyists and is no less susceptible to the influence of hostile states.

Given the murky provenance of Russian money, and the difficulty of Unexplained Wealth Orders to uncover it due to the London laundromat,  it should be off-limits to our political system.

Equally, members of the government and Houses of Parliament who hold shares, advisory roles or Board positions in Russian businesses should divest them or face investigation by the Parliamentary Standards Commission.

Then, as the Intelligence and Security Committee recommends, there needs to be a full investigation into the extent of Russian influence in recent British electoral events.

The question is who will commission such an enquiry, and who will be able to effect the recommendations that may be made to sure up society against Russian and indeed any other – foreign or domestic – interference in our democracy?

I doubt the current government will agree to subject its own actions to scrutiny.

The alternative is for Parliament’s Intelligence and Security Committee to hold its own inquiry – calling upon politicians, special advisors, intelligence services, civil servants, experts, business, journalists and other persons of interest to share what they know and piece the puzzle together.

Only by understanding the full extent of the problem can we hope to tackle it.

Britain has one of the oldest parliaments and a long tradition of democratic governance that is being severely tested.

It may be creaking under the strain and in need of reform,  but for the sake of our national security, it needs to pass the test.

It’s going to take the active engagement of parliamentarians, media and civic-minded citizens to defend our democracy and ultimately bring government to account.

Publishing the Russia Report was just the beginning.