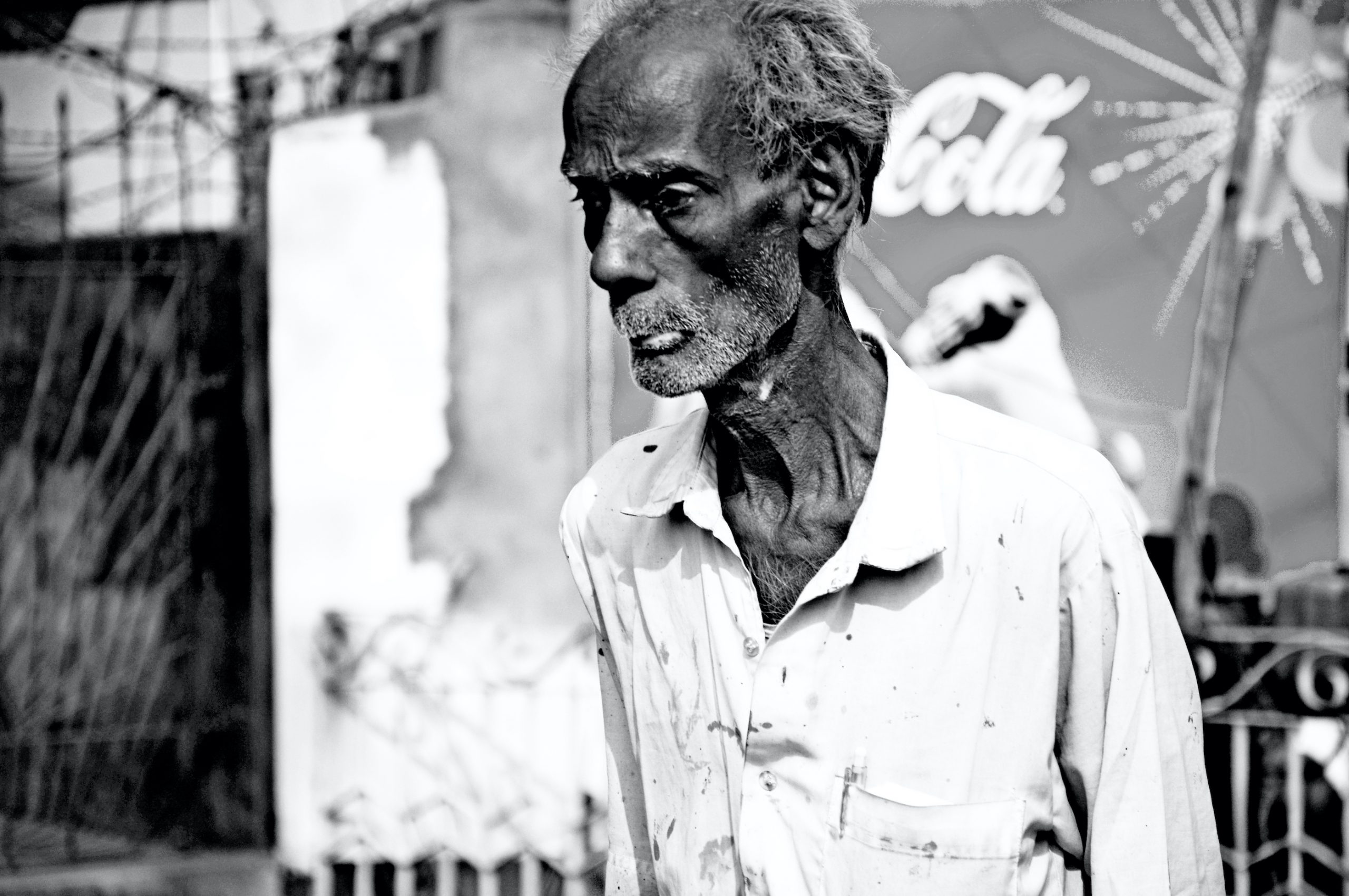 The British Empire was here. Bangladesh, 2009.

Last week, I wrote at length about Set the Night on Fire, the definitive history of radical Los Angeles in the 1960s, co-written by Mike Davis and Jon Wiener. This might be the apotheosis of Davis’s career as a historian of the city.

But this would be to ignore two other important aspects of his work which stake a claim for the author as one of the most important public intellectuals active today.

Davis’ first significant move away from early works such as Prisoners of the American Dream (1986), City of Quartz (1990) and Ecology of Fear (1998) was a study of the relationship between famines and weather patterns in colonised areas of Asia, Africa, and the Americas in the decades before and after the beginning of the 20th century.

The first was an extensive discussion of the grim consequences of famines in India, China, and colonised Africa, as well as in the Nordeste region of Brazil.

Low-end estimates of deaths from starvation and disease for these events run to 6.1 million, 12 million, and 3 million human beings respectively.  In each case, food was being exported from India at a rate of thousands of tonnes throughout.

British justifications for their failure to take anything vaguely approaching appropriate relief measures were ghoulish in the extreme.

But Sen criticised Mike Davis’ view, taken at least in part from the work of the economic historian Karl Polanyi, that the demolition of the solidarities of Indian village communities was in part responsible for the vast number of deaths that resulted.

The point is well taken, although it is also certainly fair to concede that British domination had the effect of degrading local solidarities throughout their colonial possessions.

In any case, it’s worth mentioning because questions of solidarity among exploited people would turn out to be an important theme for Davis’s work going forward, especially for those elements that dealt with areas outside developed industrial and post-industrial states.

Four years later Mike Davis published The Monster at Our Door: The Global Threat of Avian Flu. Once again, he delved into a subject outside his previously established areas of expertise, tackling and digesting literature on virology and epidemiology with impressive facility.

This was then confected with the political economy of poultry production and consumption, predominantly in South East Asia but, by necessity extending throughout the global circuits of food production and distribution.

The result was a chilling diagnosis of the ways that neoliberal capitalism and pathogens can synergise, resulting in the possibility of pandemic events perhaps equaling (perhaps surpassing) the notorious H1N1 pandemic of 1918-1920.

The Monster at Our Door has recently been reissued with a new introduction in which Davis addresses the similarities and differences between the origins and transmissions of the various known strains of influenza and those of COVID-19.

His next book, Planet of Slums (2006) was a dense, tightly argued tour de force of radical scholarship. Weaving together strands of history, geography, sociology, and urban theory, Mike Davis not only described the slums that had arisen around most of the major metropolitan areas in Asia, Africa, South and (in places) North America.

What is notable about Planet of Slums is not so much the situation that it described but the dynamics that it identified. Slums are part of a complex of interlinked political and economic developments which, as Davis shows, are increasingly going to shape the world economy and the world ecology.

Once again, a central and at points controversial aspect of Mike Davis’s narrative was the capacity of slums and the political and economic orders of which they are an expression to degrade the prospects for community solidarity and political action.

This is not to say that slums destroy such capacities. But the sorts of solidarity to which slums give rise are mostly in the nature of interpersonal assistance rather than that required for a common politics aimed at alleviating poverty and disempowerment.

This question remained open for a decade between 2008 and 2018, during which Davis published no books. He broke his silence in 2018 with the publication of Old Gods, New Enigmas: Marx’s Lost Theory.

In the introduction, Mike Davis noted that he had never been a particularly theoretically inclined Marxist, but that he needed to “renew his driver’s license” in terms of Marxist philosophy. The four essays contained in the book spoke to some of the most important and enduring themes in his work.

Roughly 70 per cent of the book is taken up by the opening essay, “Old Gods, New Enigmas: Notes on Revolutionary Agency.” In it, Mike Davis explicitly takes up the question implied in part by Late Victorian Holocausts and more explicitly in Planet of Slums: How, in practical terms, does revolutionary politics function?

Davis’ approach is to examine the history of radical left movements in Europe, picking through the various ways that they organised themselves politically and created solidarity among differing fractions of the working class.

The true advance that Davis presents is that Marxism is not an ideology but a conceptual framework, one that leaves space for politics to fit itself to the conditions that working people meet in the course of their political struggles.

One might, at this point, ask the question of how it is that these historical analyses can be translated from the workers’ ghettos of Red Wedding or the Vienna “red belt”, or the complex misery of the slum belts of major Asian or African cities.

The answer is not immediately obvious and Davis stops short of providing a translation key. Still, his account is a valuable step in the direction of such a translation.

In a second, more abbreviated essay, Davis examines the equally fraught question of how it is that proletarian consciousness relates to nationalism.

One of the longest standing criticisms of Marxism is that it fails to take account of, or to sufficiently understand nationalism, resulting in its ability to substitute itself for working-class solidarity.

Here, Davis refers to the underappreciated work of Erica Benner, whose Really Existing Nationalisms is based on an in-depth reading of Marx and Engels’s journalistic writings, particularly in respect to France.

Davis argues that those who advocate for the nation-state and nationalism avoid critical scrutiny of how such politics are created and maintained. Conceptually, they’re too fragile, and always have to be protected from analysis, as though they’re endangered species or indigenous cultures.

The final two essays in the collection address issues raised in Late Victorian Holocausts. The first looks at the work of 19th century Russian anarchist Peter Kropotkin, in particular his contributions to geography and climatology. Davis is interested in how humans and the climate interact.

Old Gods, New Enigmas final essay questions the degree to which further environmental degradation is inevitable and what, if any, positive prospects remain for mankind. It concludes on a positive note, arguing that advances in urban theory and public recognition that systemic changes are necessary might provide a way forward.

The category of public intellectual is one that hardly exists anymore in the Anglo-American world. This is particularly true of the United States, where traditions of anti-intellectualism go a long way to explaining the elections of both George W. Bush and Donald Trump (in respect to whom no American need feel intellectually inferior).

Still, his extensive body of work on American cities and on the borderlands between English and Spanish speaking North America qualify Davis as one of that small group of people who can bridge the gap between scholarship and public life.

Mike Davis has consistently argued for the need for change at the level of system but clearly understands that changes in the big picture require prior practical and consciousness-raising work on small issues, from struggles for fair housing and employment policy to campaigns for police accountability to organising industrial and agricultural workers.

But Davis has also shown a willingness to master bodies of learning far removed from the struggles of African Americans and Latinos on the streets of LA.

The mark of a public intellectual is the willingness to break free of the narrow confines of training in particular disciplines and to use academic knowledge to subject politics and culture to critical scrutiny.

These are the hallmarks of Mike Davis’s career so far. With the United States in crisis, the need for his particular brand of scholarship is greater than it has been in living memory.