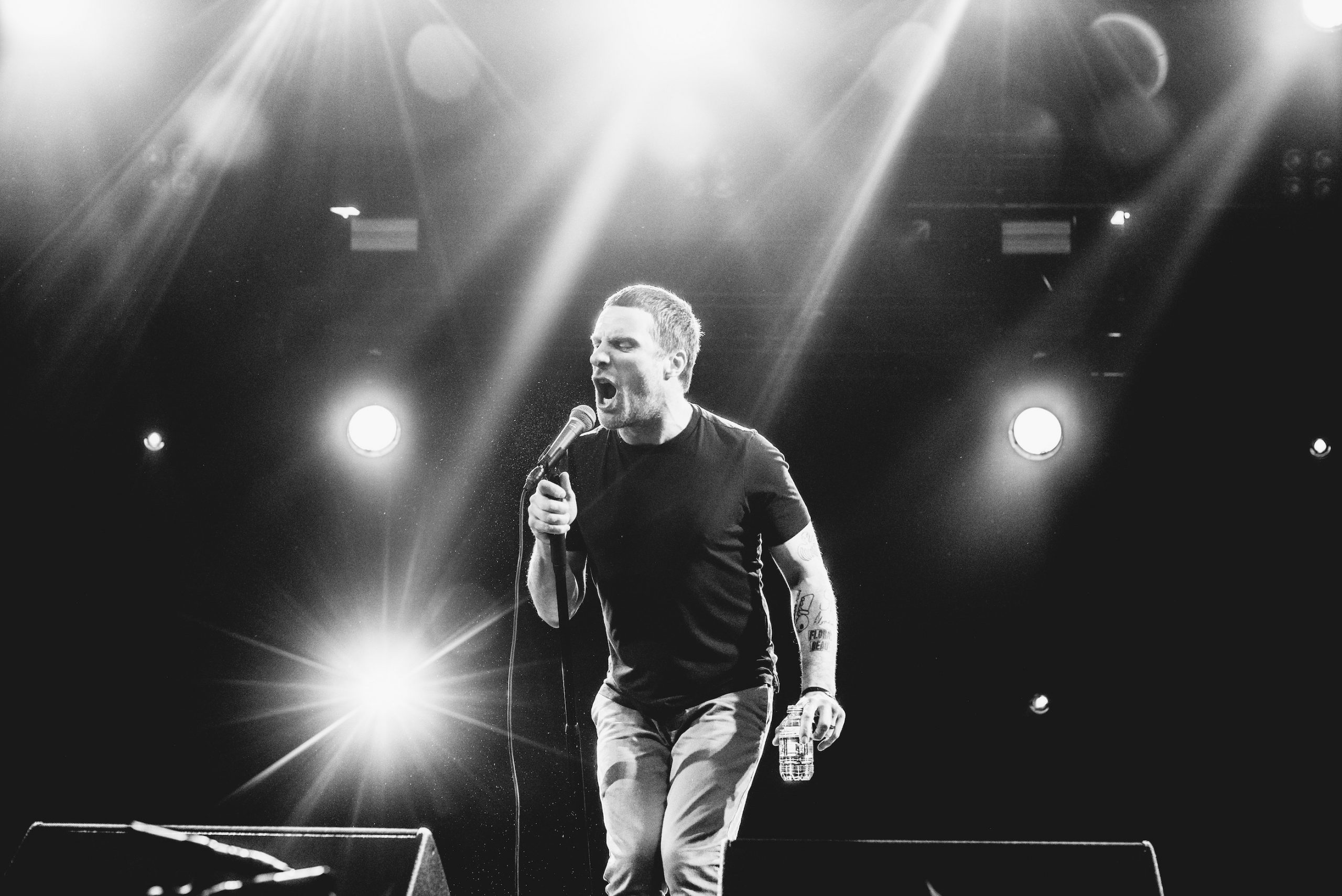 Sleaford Mods’ All That Glue

As I stared up at the mountains I love, glowing a beautiful and terrifying orange, trying to suppress a cough that just kept coming, listening to the new Sleaford Mods collection All That Glue was surreal.

Jason Williamson’s relentless rants conjure the bleak urban landscapes of England’s industrial midlands so forcefully that I half expected the piss in his voice to put out the raging wildfires on the horizon.

The incongruous juxtaposition of what I was seeing in my southern Arizona home and what I was hearing through my cheap Bluetooth headphones reinforced my sense that Sleaford Mods fetishize Englishness with as much intensity as any rose-growing pensioner who dreams of summering on the Isle of Wight. To be sure, the UK their music presents is the one that most of their fellow citizens do their best to deny.

But the Sleaford Mods’ very willingness to stare the reality of post-austerity Britain in the face imbues their music with an aura of boundless love, not only for the land depicted in Lake District postcards and tourist brochures from Tony Blair’s days in 10 Downing Street but the one that has been consigned to the rubbish heap of culture since Charles Dickens was writing novels on the instalment plan.

From this perspective, it was hard for me to imagine a less appropriate soundtrack for the distinctively American – and, more specifically, Western – spectacle, what novelist Nathanael West famously referred to as a “holocaust of flames” before the Holocaust made that a forbidden metaphor.

Just as it had been hard for me to reconcile listening to All That Glue on the bike rides I took to keep my lungs in working order during the two weeks before the wildfire, when my mind was preoccupied with Black Lives Matter instead of the plight of what used to be England’s white working class.

Yes, I knew that Sleaford Mods’s barebones aesthetic had been classified as “punk-hop” by music critics eager to establish a connection between the impecunious origins of American rap and the economic circumstances that have made it harder and harder to sustain a proper band since the economic collapse of 2008 and the neoliberal response that made just about everything worse for the not-yet-rich.

And I could hear the affinity between Jason Williamson’s no-holds-barred wordplay and the American rappers who managed to become successful despite the best efforts of the music industry to censor them. Like Snoop, Biggie, Tupac, and Jay-Z, Williamson makes himself into a character that seems entirely authentic – “Job Seeker” is a great example – while exaggerating some details for rhetorical effect and outright inventing others.

But I still couldn’t shake the impression that I was hearing the disgruntled voices of the very white men who have perpetuated racism in the States, the sort who become cops because the alternative is to become the sort of men that the cops are looking for.

I wasn’t holding this against Sleaford Mods, mind you. I know that their politics are unimpeachably progressive. Jason Williamson may channel the disaffection and despair of the men who were lured by the promise of Brexit, but he does so with the literary aplomb of Robert Browning writing from inside the head of a murderer.

Williamson is often compared to The Fall’s Mark E. Smith, who raged against the dying of delight with similar verve. But whereas Smith often seemed to lose himself inside his monologues, Williamson is more like the Dr Dre that Easy-E made fun of, someone whose lyrics are like evening wear that can be removed at will.

Perhaps that’s the deeper lesson of Sleaford Mods’ brutalist minimalism. White, working-class identity has become just another form of cosplay, no more or less authentic than the aspirational attire of social climbers. Williamson dons it to make the points that the left needs to make. But someone else could just as easily do so in the service for right-wing aims.

As they say on the Internet, that’s “big, if true.” And it would suggest that, far from being an incongruous match with an American landscape that is both figuratively and literally on fire, Sleaford Mods are precisely the soundtrack we need right now to make sense of a neoliberal world in which even political convictions have been reduced to the status of cultural commodities.

The band’s conceptual rigour, consistently using austerity as a form of aesthetic constraint, can make their music sound distinctly unmusical to people who have yet to succumb to its perverse pleasures. Like their counterparts in the world of hip-hop, they prioritize verbal expression for its own sake, no matter how messy or merciless.

As the classic tracks and B-sides compiled together on All That Glue amply demonstrate, Sleaford Mods repudiate John Keats’s famous dictum: their songs feel like truth to the precise extent that they renounce beauty. But sometimes the only way to break through the superficiality of consumerism is to revel in ugliness.

I know that when the fires on the horizon finally subside, the landscape that remains will look black and lifeless. Soon enough, though, that very barrenness will spawn renewal that could never have taken place without the flames. Easy beauty only goes so far. More and more, it looks like we are reaching the point at which only the hard kind will do.

Who better than Sleaford Mods to lead the way.

Photograph courtesy of Kmeron. Published under a Creative Commons license.