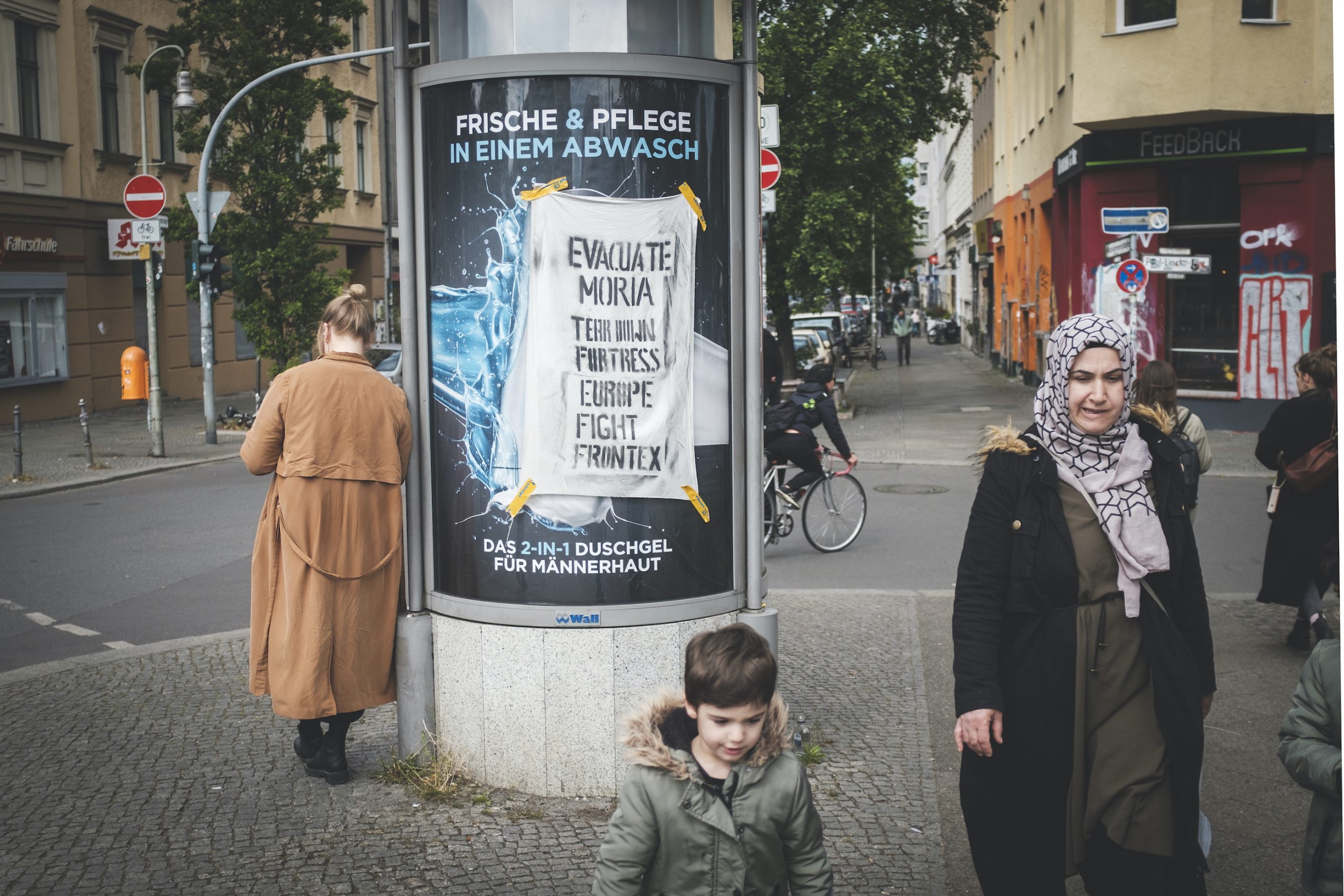 Greece is a niche subject. That is if the street art of the German capital is the decider. Off the walls for the better part of the last decade, Athens hasn’t figured prominently since the 2008 economic crisis, when it appeared everywhere. That is, until now.

From TV news to newspaper headlines, and the streets of neighbourhoods like my home, Neukölln, the Greek bailout was topic of the day for several years. The only thing that seemed to displace it was the 2015 refugee crisis, which, of course, involved Greece, too, but only as a transit point.

Otherwise, the southern European country disappeared into the 24-hour news cycle, just one of many topics indexed in the flow of information, confined to coverage of Brussels debt summits and profiles of migrants who made it across the Aegean from Turkey.

When it came to German street media – graffiti and flyers, in particular – Greece was superseded by northeastern Syria and the plight of the Kurds in their statelet of Rojava. Repeat Turkish invasions kept references to their defence forces, the People’s Protection Units (the YPG and YPJ) on the walls in central and eastern parts of the city.

The fact that Greece was run by a left-wing government from 2015 to 2019 did much to take it off the streets in Berlin. As disappointing as Syriza turned out to be, it still didn’t merit the kind of attention later focused on the Kurds.

That is, until October 2019, as the refugee crisis renewed, following Turkey’s Operation Peace Spring in northeastern Syria, directed at Kurdish forces. By March, nearly a million refugees were trying to cross into Turkey, to escape the fighting.

To pressure the international community to support its military operation in Syria, and get more financial support for refugees from the EU, Ankara declared it would allow them to cross the border into Greece, creating a serious crisis.

The timing, of course, could not have been worse. Syriza had since been voted out of office, only to be replaced by a centre-right New Democracy government, led by Kyriakos Mitsotakis. Turkey fed right into his nationalist, anti-migrant politics.

That’s not to say that Syriza managed the refugee crisis well, either. Overcrowding in refugee camps, racism and police brutality remained constants under its administration of migrant issues, too, albeit less extreme ones, depending on who you talk to.

But, under Mitsotakis, the approach is more comparable to that of populist governments in the EU, such as Italy, when Matteo Salvini served as deputy premier and interior minister (2018-2019). Such a hard line has been part of his party’s success in drawing voters from the far-right Golden Dawn, who were wiped out in last year’s election.

The explosion of solidarity messaging for refugees in Greece is a reflection of these larger political changes in the Mediterranean. The new government’s camp policies, epitomised by their handling of overcrowding and inhumane conditions in the Moria camp, on Lesbos, lit the fuse of activists who may have otherwise been focused on Syria.

For Berliners of Middle Eastern background, like myself, this constant focus on the region is fascinating and familiar. For a city with such large Arab and Turkish ex-pat communities (including ethnic Kurds), of course, Berlin would zero in on any crisis that related to them.

The inclusion of Greece in the mix helps underline the regional connection to southern Europe and the instability that continues to plague the European Union, economically as well as military. If the southern borders of the EU are always on fire, it will inevitably destabilise the Union as a whole, compounding preexisting economic issues.

As a journalist, I find the street art documented in this photo essay to be an incredibly helpful way of tying European geopolitics together. Here, in the heart of northeastern Europe, in the capital city of the EU’s most important member state, are images and statements about crises on its frontier.

Though they’re thousands of miles away, they speak directly to the raison d’être of the European Union, as it emerged from the ashes of a previous world war. Not the War on Terror, of which the conflict in Syria is a part, but the Second World War, whose ending we are commemorating here in Europe, today.

In many respects, they’re reminders of the fact that for the Middle East, WWII never ended. It just got displaced into different, permanent crises, such as the Israeli-Palestinian conflict and America’s wars in Afghanistan and Iraq.

Greece, of course, could not help but get sucked into that, given its proximity. Not just physically, but ideologically, too. Hence, the condemnation of its new government’s policies in these photographs.