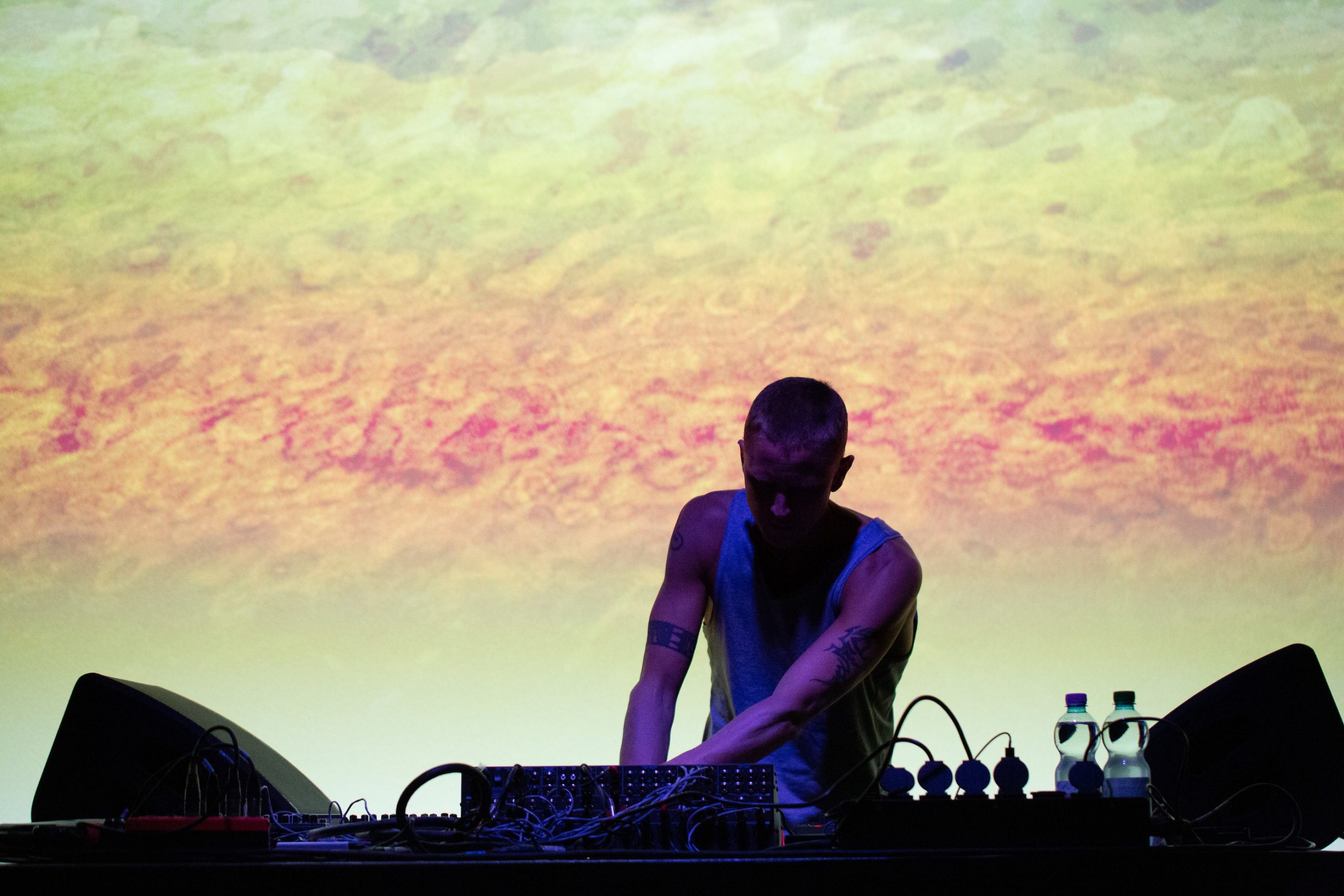 End of the World Soundtrack

Every track on Vladislav Delay’s new album Rakka starts with the letter R. Each feels more relentless than the last, from the opening title track through “Rakkine” (“contraption”), “Rampa” (“cripple”) and “Rasite” (“burden” or “albatross”).

Not because they get louder or faster, but because their fragmentary, erratically pulsing deconstruction of the ambient aesthetic has a cumulative effect, like something that, while safe in smaller doses, acts like a poison once a threshold is crossed.

Previous work by the reclusive Finnish musician, Sasu Ripatti – like many electronic artists, he has used a variety of handles, including the distinctly less Slavic Luomo – had largely been characterised by a trippy spaciousness, with even his more rhythmically forceful tracks building calmly to a crescendo.

For the most part, it was the kind of music – and this is not meant as an insult – that you could imagine playing in the background of some serene, Nordic idyll.

Rakka, by contrast, demands to be experienced in the front of the brain. It never lets us be without being aware of its presence.

The record repeatedly forces us into grooves we are not ready for, then dislodges us before we have figured out how to pace ourselves within them.

This quality of the music, the speed and irregularity of the rhythms that define it, often overlapping each other without a readily discernible pattern, communicate the fear and anxiety that take charge of our bodies when we face a problem with no clear solution.

Not knowing what to expect, we fear the worst.

When a work like this is released in a time of profound crisis, like the Coronavirus pandemic, it is almost impossible not to regard it as a commentary on that crisis.

Yet, while some works really are that timely, the vast majority were conceived under very different circumstances.

The all-consuming nature of the present makes it difficult for us to perceive the irreducible datedness of these works, which demands that we follow American literary critic Frederic Jameson’s injunction to “Always historicise!”

Part of what makes Rakka so fascinating is that the record somehow manages to have it both ways.

Think of it as the laptop answer to Phillip Glass’ soundtrack to the 1982 documentary, Koyaanisqatsi (‘Life out of Balance’).

Delay’s response, sounds as though it were filtered through a Throbbing Gristle record, as heard by Greta Thunberg than it does Glass’ more academic orchestrations.

The ideas Ripatti explores on the record were shaped by a half-decade in which he had very little contact with the world of culture, choosing instead to focus his energy on long treks above the Arctic Circle.

But those ideas – which also found expression in his soundtrack for Finnish-German television drama Ivalo, about a fictional cold-weather virus that turns people evil – are about precisely the situation in which human beings all over the planet now find themselves, learning that all the damage we have done to the natural world in the name of progress has done nothing to increase our control over it.

The cumulative effect of Rakka resonates most forcefully when we remember this truth.

It is possible to romanticise a trip to harsh landscapes like the Arctic Circle or their alpine equivalents in the world’s major mountain ranges. With a little luck and the right equipment, extreme experiences in the natural world can produce primarily happy memories.

But there’s always the chance that even the best-laid plans can go awry, biting us in the proverbial ass.

As narratives like Werner Herzog’s 2005 documentary Grizzly Man and the Sean Penn-directed Into the Wild remind us, something is always waiting to take advantage of our weakness.

Although COVID-19 is not a bear or a toxic berry, it has proven far more dangerous. Some ecologically minded individuals have even claimed that this pandemic is a revenge tragedy, in which we are undone by our own hubris.

While Rakka was made before our world was turned upside down, it does a remarkable job of making us aware of the existential dread that we are constantly trying to tune out. This record is the perfect soundtrack for global panic.

Tune in, turn on, and freak out, to update the Woodstock-era slogan.