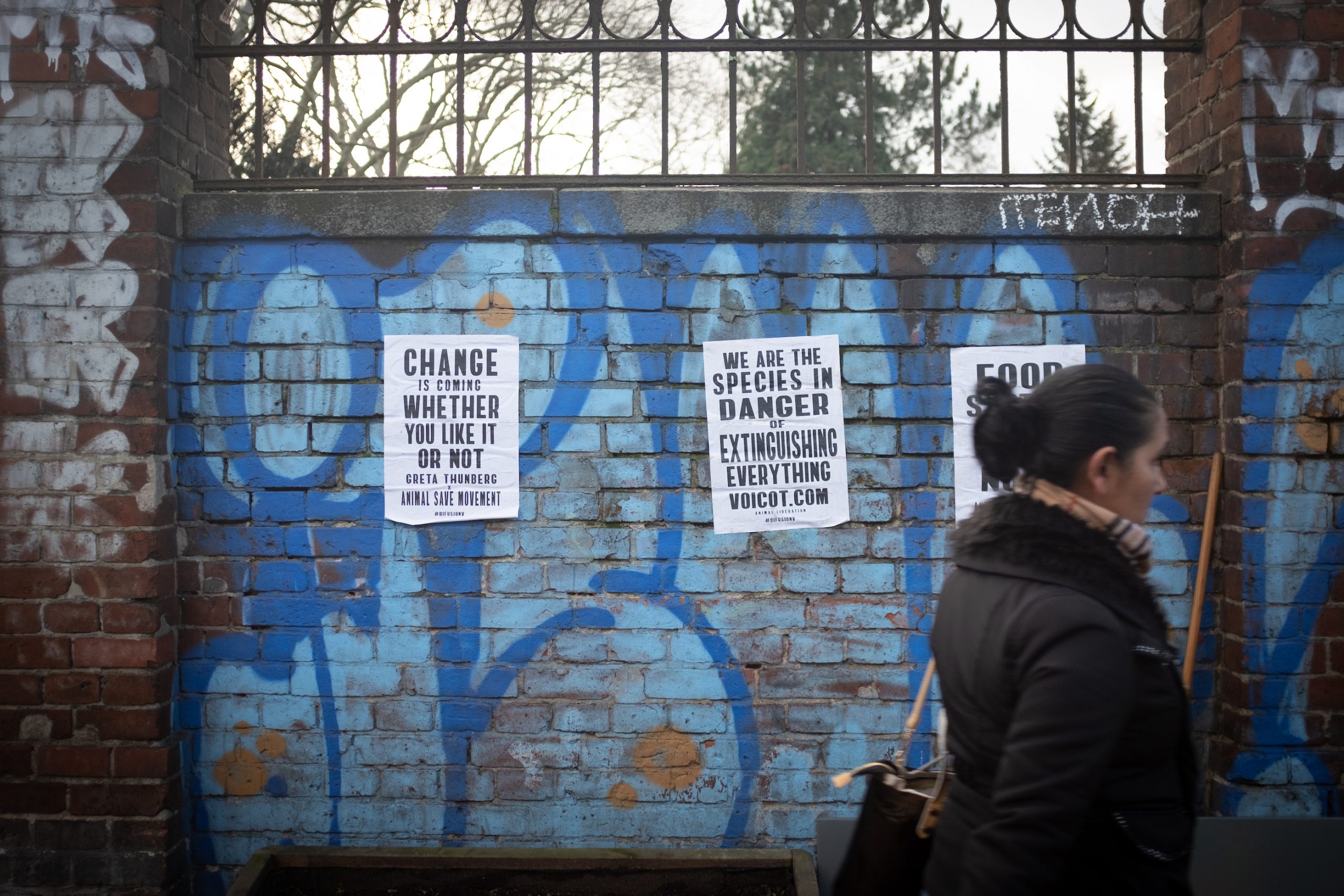 The coronavirus outbreak has set a domino effect in motion. The end of which we can’t see because we’re still in its early phases, watching as the first domino falls and the next begins to wobble.

We’re living in a crisis with few precedents. Yet the response from the US and the UK has been slow and ineffectual, even deliberately so. The British government has been forced to retreat from its ‘herd immunity’ strategy of allowing the virus to infect most of the population.

Meanwhile, President Donald Trump is eager to reopen the American economy. He has even said he wants the United States back to work by Easter. This is while the Trump Administration has pumped $2.2 trillion into the economy, even posting one-off cheques to citizens.

Why are some governments still reluctant to take action to contain COVID-19? Could it be that the Trump and the Johnson government fear something more than tens of thousands of citizens dying?

In the past, pandemics have sown the seeds of rebellion. Not least because periods of emergency powers and containment tend to generate discontent. However, many regimes have been forced by such outbreaks to enact social and economic policies they would ordinarily oppose.

It’s when the outbreak ends, and the rulers decide to roll back the policies that helped keep society going, that the population faces a stark choice: Either accept a worse future or fight for a better tomorrow.

The way European governments responded to the so-called ‘Spanish flu’ outbreak helped pave the way for the welfare state. This was not planned, but a forced decision to respond to the public health crisis. The rest was history.

One example was Sweden where the virus hit certain cities particularly hard due to migratory flows following the First World War. Poverty manifests itself in many ways, but poor nutrition and ill-health are not far away wherever there is hardship.

Even though Sweden was neutral in the war, towns like Östersund saw a huge number of flu cases because of its railway connections and the high troop presence (kept on high alert during the war) in close proximity with a poor, malnourished populace in cramped housing.

The Swedish authorities at first bungled their response to the crisis, but gradually shifted towards modest social reform. This was a key moment ahead of the economic turmoil of the 1920s and 30s and the Second World War, from which post-war European social democracy would emerge.

The 1918 pandemic was one of several factors, yet it shouldn’t be forgotten this came at a huge human cost. The H1N1 influenza outbreak killed somewhere between 50 million and 100 million people worldwide.

The same is true of earlier pandemics. The Bubonic plague helped hasten the death of the manorial model of feudalism in Europe. France and Germany had seen their own peasant revolts, just as Italy and the Netherlands had. This was a break with the past when such rebellions were rare.

In the Middle Ages, the Black Death wiped out so many people that the serfs who survived could demand much higher wages and better working conditions. The English ruling class soon moved to constrain wage increases but ended with a peasant revolt for its efforts.

The English Peasants’ Revolt took place over six months in 1381. Radical Christian preachers and serfs fought back against King Richard II, going as far as to storm the Savoy Palace and burn it to the ground. The rebels sacked the Tower of London and killed royal officials before the rebellion was defeated.

Uprisings became more and more normal in some parts of Europe from the 14th Century onwards. These uprisings were waged by proto-socialists like Guillaume Cale in France and Wat Tyler in England.

I doubt any Republicans are worrying about a peasant revolt tomorrow, but they will have an intuition that the emergency measures they roll out today could come back to haunt them.

Politics is all about what kind of society we want to live in. They know that all too well.

The Politics of Fear

The problem is a crisis is an opportunity for all kinds of political forces to take hold. Just as there are calls for a universal basic income, the COVID-19 outbreak has seen a proliferation of conspiracy theories and anti-Chinese racism.

It’s not always the case that pandemics lead to positive social change. Very often viral outbreaks can change things for the worse. Superstition and paranoia can take hold in an outbreak. The politics of fear can be very ugly.

This is the other side of pandemic politics. Governments will act to curtail civil liberties and expand their own power in the midst of a crisis, whereas many people will turn to strange places for easy answers and even salvation.

The 2013-2016 Ebola outbreak has not transformed West African countries like Sierra Leone for the better. Though the outbreak soon became the focus for conspiracy theorists who claimed Ebola was a man-made plot to depopulate Africa.

The plague may have helped raise wages, but it also gave rise to the Flagellant movement. The Flagellants believed in redemptive suffering and advocated self-mortification in response to the virus killing millions of people.

Many people blamed Jews, foreigners and Romani people for the crisis. Massacres and persecution forced many Jews to relocate to Poland. The crisis of the Late Middle Ages would have consequences for centuries to come.

The longer the COVID-19 outbreak goes on the short-term impact will be uglier. This is true even if the long-term consequences are much better. The cunning of history is always in play, no matter how dire the situation.

History could be read as a long saga of revolutions. Yet many revolutions and rebellions have spread like viral infections. First, you get a flash of what’s to come, then the outbreak hits and spreads rapidly and even spills over borders into other countries.

It doesn’t take long for the infection rate to reach its peak before the spread of the virus starts to exhaust itself. Governments decide to act to contain the threat and force it into retreat. This is why reactionary regimes move to crush revolutions in neighbouring countries and, in some cases, even far-away places.

Most of Europe declared war on France in the midst of the revolution that brought the ancien regime to an end. Just as the US waged war on the Russian Revolution, alongside France and Britain, in a bid to kill-off Bolshevism. The Entente Powers even supported the fascist White Army to try and eradicate the October revolution.

Much later the Islamic revolution in Iran found itself under attack from neighbouring Iraq. Saddam Hussein waged war on Iran to stop its Shi’a Muslim population from getting ideas above its station. The same logic is in the minds of most reactionaries.

Fast forward to 2011: the Arab Spring began in protests in Western Sahara before spreading to Tunisia, then Egypt, Libya and Syria soon followed. The contagion of revolution swept across the Maghreb and into West Asia from Morocco to Iran.

The consequences of the Arab Spring are still unfolding. The Syrian Civil War is still a site of proxy struggle, just as Libya and Yemen have yet to stabilise and protests have returned to Algeria and Iraq. Many of the underlying reasons for the uprisings are not just very real today but are even worse.

By contrast, Ukraine has found a new normal after its pro-European uprising. Russian separatists still control significant swathes of Ukrainian territory, while the Russian Federation is not going to give back Crimea any time soon.

This obviously isn’t a revolutionary situation. However, the coronavirus outbreak has challenged the way the global economy works. The free market has been put under considerable strain. The system can’t function as it has done for decades.

COVID-19 isn’t just a dangerous microbe, it’s a historic upheaval. Governments will act out of fear, both real and imagined. What happens today will reverberate for decades to come.