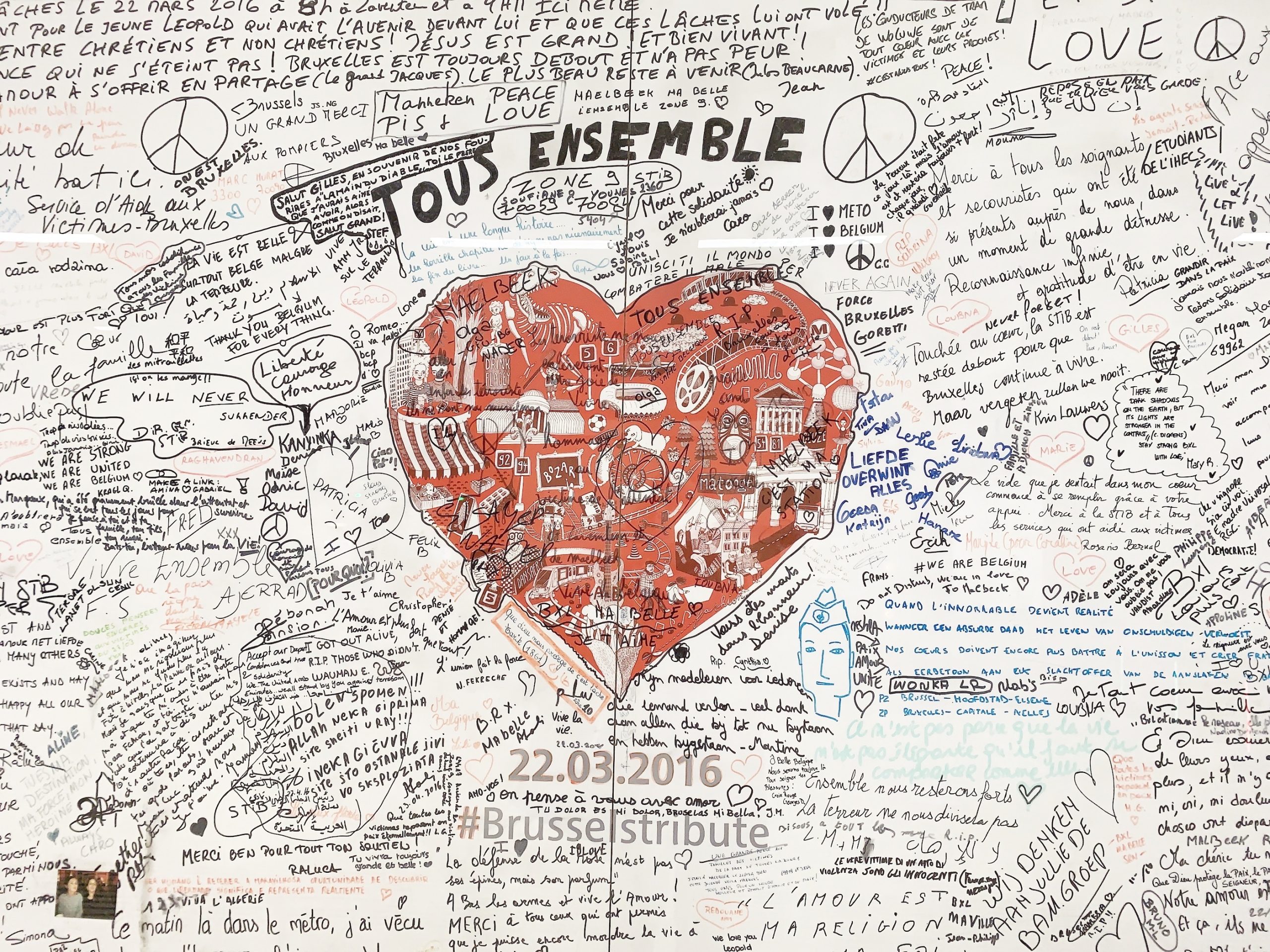 Four years ago extremism came to Brussels. It exploded in the airport and metro, and in our hearts. Although we knew it could happen here, we didn’t expect it.

Until then, terrorism was something that happened in London, Madrid, Moscow, the national power capitals. Somehow, Brussels felt insulated from the threat – too boring to be of interest.

I once joked that terrorists would probably never have heard of the EU or be unable to find the European Commission even if they had. We didn’t think that the terrorists would be homegrown and know exactly where and when to strike.

Of course, Belgium had not escaped the rise in extremism. Witness the attack on the capital’s Jewish museum two years before.  And the Bataclan attackers, who fled back to Brussels. We just didn’t expect the jihadists would target their own backyard.

Suddenly, Molenbeek, one of the most culturally diverse communities of Brussels, became synonymous with ISIS. It didn’t fit the experience of those of us who knew it.

Some of us had lived or spent time in Molenbeek.

In my family’s case, we had spent almost every day and weekend of our children’s formative years there, accompanying them to football training and travelling to tournaments with Molenbeek’s Brussels FC academy. Or socialising with their Belgian, Italian, Albanian, Spanish, Turkish, Moroccan, Angolan, Congolese, Guinean and Rwandan teammates and their families, and frequenting local shops and cafes.

Others – including colleagues – had been caught up in the immediate aftermath of the Maelbeek metro explosion.  The American video producer at my former employer was riding in the train in front. Our Belgian comms director was in the train behind. Both were thankfully uninjured and able to report on the event.

After the attacks, it seemed like everyone in the world wanted to know about Molenbeek.

Correspondents covering the EU institutions made their first foray into the commune and were surprised to find it looked like pretty much every other city suburb. With no obvious outward signs of extremism, the soul searching began.

Unemployment, disaffection, lack of integration, reduced youth services, were the socio-economic factors posited, but no-one could really get to the root cause of radicalism. Parents, religious leaders, local authorities and apparently counter-terrorism services had no idea of the violence that was about to be unleashed.

Molenbeek was and is a vibrant district where people live in seeming harmony side by side. Nonetheless, it inevitably gained a reputation as the latest hotbed of terrorism, which it has spent time and effort ever since trying to shake off.

So it is heartening to find that groups in Molenbeek have been reclaiming their community.

Arabs, Jews, Muslims, Christians, women, youth are learning with and about each other in the interest of preventing radicalisation and living peacefully together.

The Battleground spoke with Lahcen Hammouch, one of the founders of web TV and radio platform AlMouwatin, part of the Brussels Media group, and facilitator of a remarkable number of projects set up to promote tolerance and mutual understanding in the wake of the Brussels attacks.

We met in a bustling Molenbeek cafe, just before Coronavirus began to shut down Europe.

Lahcen, a Moroccan journalist, explained that Moroccan, as well as Italian, Algerian and Turkish workers had been invited to Belgium over the years and many had settled in Molenbeek.

AlMouwatin had originally set out to create an alternative to racism and Antisemitism. Firstly, by organising dialogues between women – the “cultural transmitters” – to get to know and understand each other, and subsequently for mothers to share their concerns and solutions to prevent radicalisation of their children, as well as religious leaders to talk and learn from each other.

Directly after the Paris and Brussels attacks, they had organised youth exchanges to visit the sites and survivors – to see for themselves the reality and consequences of extremism.

Working with the Brussels parliament, local, French and German politicians, as well as Belgium’s Prince Laurent, AlMouwatin has so far facilitated 65 community projects, despite limited means.

It was encouraging to hear how on the ground community efforts have flourished and taken on their own momentum.

After the meeting, we walked for over an hour through Molenbeek, from the cafés and bars, past the parks and sports grounds, over the canal by the Académie Royale to the centre of Brussels, taking photos and retracing our steps of previous years.

We bumped into a local political activist, passed women returning from school with their children and watched Molenbeek FC young recruits playing football.

We didn’t have time to revisit the stadium or my kid’s favourite kebab snack bar, but we did notice the recently modernised Gare de l’Ouest station, tramline and investment in urban housing redevelopments.

It felt reassuringly familiar: a mix of cultures and community, living amidst old and new landmarks, like in any other multicultural city.

Now under Belgian lockdown, we are learning the hard way about our common humanity, and how the mantra of Tous Ensemble seems more fitting than ever.

The virus doesn’t recognise borders, our response shouldn’t either.

This is the solidarity & coordination we need to get through this crisis together.
#COVID19 #StrongerTogetherhttps://t.co/hFto37fHHl