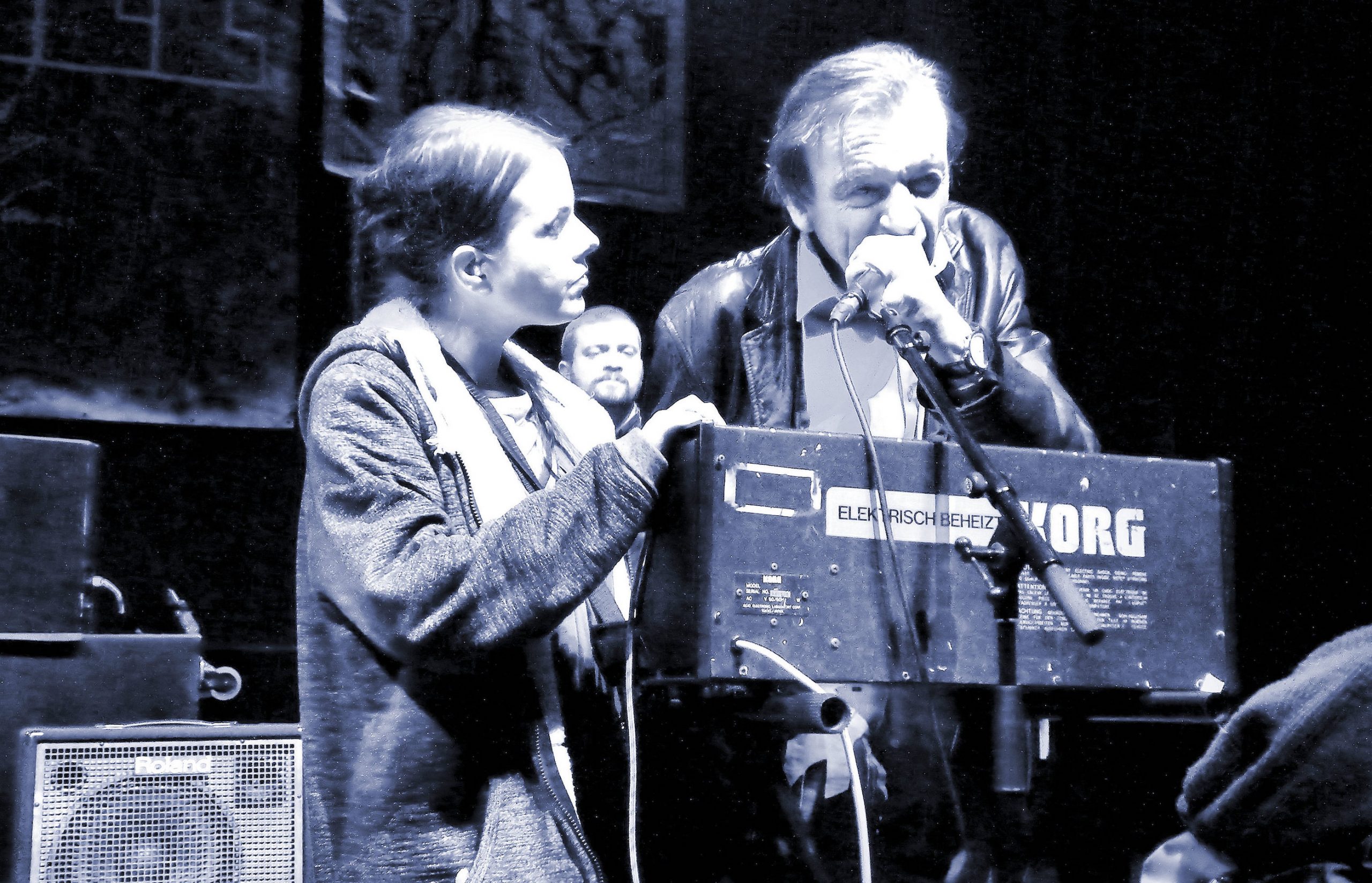 Molecular Meditation, the new collaboration between Jan St. Werner – half of the influential Berlin duo Mouse on Mars – and Mark E. Smith – the deceased frontman of post-punk stalwarts The Fall – is a proudly self-indulgent record.

Although clocking in at nearly forty minutes, it contains only four tracks. And none of them come very close to what most people consider music.

It helps to understand how the album came about. When St. Werner and Smith got together to produce material for a 2014 art installation at Cornerhouse, in Smith’s hometown of Manchester, they didn’t have to worry about whether a label would be interested in the finished product. Freed from this burden – one which even experimental artists suffer – they could give free rein to their wildest impulses.

Lack of financial and aesthetic constraint does not usually bring out the best in artists. Instead of trying to imagine what other people might want from their work, they focus on their own desires. The result is a hall of mirrors in which they can only see themselves. If they forget that they are operating within this paradoxical space, they may well deceive themselves into thinking that there is a more willing audience for their self-reflection than actually exists.

Mark E. Smith’s greatest gift, though, was the capacity to make his most disconnected, hermetic thoughts feel like an urgent message to the world. No matter what he was ranting about, no matter how far removed from your own pressing concerns, you had the distinct feeling that he was talking directly to you, in particular.

As strange as this sensation was, it went a long way towards exempting Smith’s voluminous output with The Fall from charges of self-indulgence. So did the music, which assiduously avoided the pitfalls – soulless electronic rhythms, overly processed keyboards – that led so many of their contemporaries astray in the 1980s.

While Molecular Meditation doesn’t have The Fall’s particular brand of musical rebelliousness going for it, St. Werner achieves something similar in his exclusively electronic compositions. By largely avoiding the beat-forward approach of Mouse on Mars, opting instead for more irregular and incidental rhythms, he finds a way to translate Smith’s disjunctive wordplay into its pre-lexical equivalent.

Although some might argue that Smith’s screeds would suffer from this sort of musical doubling – one of him being entirely sufficient – the effect here is less claustrophobic than you might imagine. It helps that both Smith and St. Werner seem to be having a lot of fun. Self-indulgence works a lot better when it is decoupled from pretence and perfectionism.

It also helps that Mark E. Smith is no longer with us. Even someone who disliked him for his bellicose or misogynistic tendencies is likely to be swayed by the fact that the singer is communicating with us from beyond the grave. When he died of cancer in January 2018, the outpouring of love and loss from fans and fellow musicians was disproportionately large for someone of his commercial stature.

A reputation that may once have seemed overinflated now seems retroactively justified, with Smith’s refusal to play by any of society’s rules transmuted from perversity into integrity. The music industry may complain about artists who refuse to be disciplined while they are alive but likes to celebrate them when they are dead.

Although all four tracks on Molecular Meditation are compelling, it’s the title track – the one that was actually used for the Cornerhouse installation – that impresses the most. It leads things off with Mark E. Smith’s inimitable drawl, equal parts menace and disdain, sounding like it’s coming from inside a bottle.

Soon enough, this genie is out, slurring his way through subjects without ever coming to a point, in his inimitable fashion. Unlike on Fall classics like Hex Induction Hour, however, Smith is accompanied by noises that sound like the diegetic soundtrack to a vintage Sci-Fi film, the venue in which electronic music-making first made its mark.

Whereas both The Fall and Mouse on Mars favoured recognisable song structures, “Molecular Meditation” adds up to an insouciant formlessness. On the 2007 Von Sudenfed album Tromatic Reflexxions, featuring Smith, Werner and Mouse on Mars’ other half Andi Toma, a dance-worthy groove periodically asserted itself. Both the title track and the three other pieces on this album make no such concessions to mainstream musicality.

This is a record for deep fans, the sort of people who know its creators’ previous work inside and out and are looking for a break in the pattern.

Molecular Meditation updates the drug-fueled pretence of the counter-cultural avant-garde for a world increasingly hostile towards poètes maudits like Mark E. Smith, suggesting that the very excesses that made him such an outsider are precisely what make his aesthetic so pertinent in a time of austerity. And there are moments of incredible beauty amid all the cacophonous anti-music on the record.

When, nearly seven-and-a-half minutes into the title track, a spare keyboard figure suddenly takes over, its impact is painfully strong. Even though St. Werner came up with the music when Smith was still alive, you can’t help but wonder whether the inspiration for this figure came from the future we are now anxiously confronting. His voice is still with us, like a shaft of sunlight suddenly illuminating a dingy room.