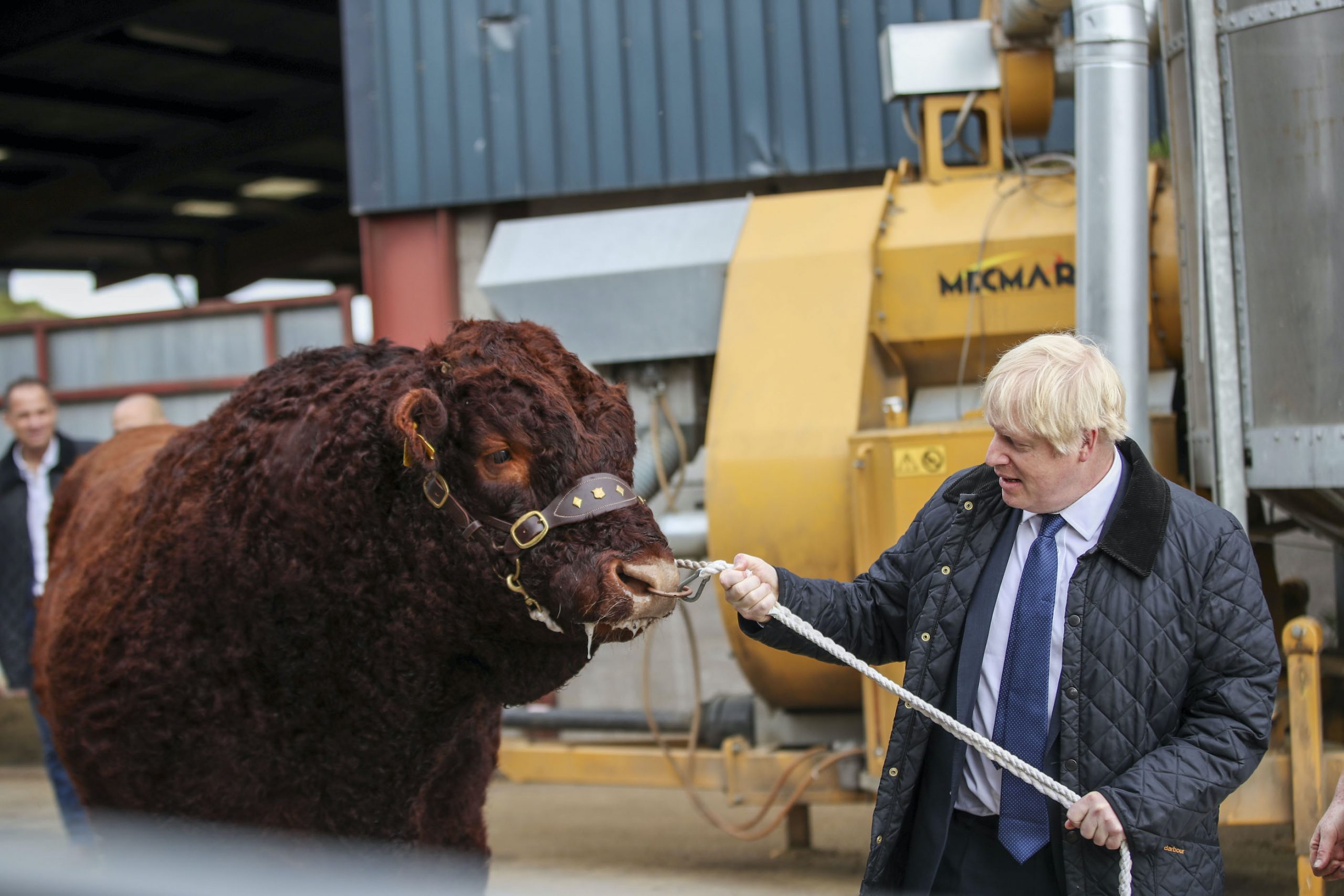 The UK stands out for its eccentric response to the Coronavirus outbreak.

The Conservative government has a strategy to ‘delay’ the height of the crisis to make it easier to manage.

This might sound rational, but what this means is leaving more people vulnerable to catching the virus.

The hope is that this will help ‘immunise’ large numbers of people while making it easier for the health service to treat the most serious cases over the summer.

This is taking the notion of herd immunity and applying it to new territory.

The danger is that more elderly and sick people will be exposed to the virus in the meantime. Those are the people most likely to die from the complications of COVID-19.

No wonder some people think this is exactly what the Johnson government wants. However, others have suggested this might not be a bad idea.

“Not to put too fine a point on it, from an entirely disinterested economic perspective, the COVID-19 might even prove mildly beneficial in the long-term by disproportionately culling elderly dependents,” wrote Jeremy Warner in his column at The Daily Telegraph.

Warner later clarified his view, expressing regret at the use of the word ‘culling’. “Any thinning out of those of prime working age is a much bigger supply shock than the same thing among elderly retirees,” the economist explained.

“Obviously, for those affected, it is a human tragedy whatever the age,” he stressed, adding, “but this is a piece about economics, not the sum of human misery”.

Those words capture what many vicious right-wingers feel in their hearts, but dare never say out in the open.

We ought to applaud Warner for his candour. At least we know what he really thinks of our grandmothers.

In case you missed it, here is what Jeremy Warner, assistant editor of The Telegraph, thinks about elderly folk dying because of the #Coronavirus, plus his “apology”. Pure scum. pic.twitter.com/cCFihrWxs8

It would be a conspiracy theory to suggest the Conservative government is deliberately trying to ‘cull’ the old (who vote Tory more than any other group) just to boost the economy.

However, the outcome could still be the same since the most vulnerable people are not being protected.

Since China has got its outbreak under control, Europe has become the epicentre of the crisis. Italy has seen more than a thousand deaths.

The Chinese government is now sending doctors to Italy to help support the quarantine and treatment efforts.

Huge numbers of people are at risk as the virus spreads and several countries, including Denmark, France and Ireland, have closed schools to try to slow the spread of the disease. Even within the UK, the Scottish government is restricting large gatherings to 500 people.

Many people are deciding to change their routines to work from home and reduce contact with others.

Nevertheless, Boris Johnson’s government is sticking to what it claims is “the science”. It just so happens that “the science” matches a certain kind of hands-off libertarian approach to social problems.

When he was running for London mayor in 2007, Johnson claimed the true hero of Jaws was the town mayor who decided to keep the beach open despite all warnings.

“A gigantic fish is eating all your constituents and he decides to keep the beach open,” Johnson told the audience. “It turned out he was wrong. But it remains that he was heroically right in principle.”

This government of pop eugenicists, data geeks and IQ-fetishists turns out to be quite fond of the idea of ‘herd immunity’. But the facts don’t care about our feelings.

Half a million people could die if 80% of the population catches the disease.

Boris Johnson is relying on advice based on predictive modelling. The data suggests the upward spiral in infection rates is unstoppable, however, once the virus has passed through much of the population it will start to decline.

This strategy is spearheaded by the ‘dark genius’ Dominic Cummings.

It takes no account of the challenges the country is facing and that is no accident. The UK has a social care crisis where six million people are caring for a relative. A third of those carers are over 65.

How do these people self-isolate? They now face the risk of catching the virus and spreading it to family members. This is a highly infectious disease.

Not only is there no adequate social care system. There is a lack of social infrastructure and provisions like sick pay for a lot of workers who face a ‘flexible’ labour market with few rights and protections.

These circumstances force people to choose paying the rent and bills over their own health and the wellbeing of others.

The UK has one of the lowest statutory sick pay rates of any European country.

Many public companies are responding to the crisis by freezing wages for permanent staff and blocking new hires in the meantime. This is to relieve the pain of the stock market ‘shock’ by reassuring shareholders their interests come first.

All crises are opportunities for remaking society. Of course, the Conservative government has spent the last decade de-funding our public services with the aim of carving up the services ripe for profit-making.

The NHS has been the top target for privatisation going back decades. Piece by piece the health service has been sold to outside companies.

The NHS is so deprived of resources by the Tory government that the UK faces a health crisis every winter, without fail.

The health service has faced effectively deeper cuts than other public services because its costs rise faster than inflation. This is why the Conservatives now fear delaying the crisis until winter when the NHS will be overwhelmed by flu cases.

Over the last ten years, the Tory wage-freeze for health-care workers has driven thousands of nurses out of the profession they love.

The Conservative Party claims Brexit will provide a ‘dividend’ for health-care spending, yet its spending was higher under past governments.

What changed wasn’t the amount of funds but the political will to raise those funds.

The Conservative establishment would much rather fund tax cuts for the super-rich and multinational companies than raise taxes slightly to fund public services properly.

Austerity was nothing more than class warfare. It was a means of cutting public spending to the point that services barely function – in order to sell them off in the case of the NHS – and direct more resources and funds towards the middle-classes and the wealthy.

The Conservatives have done wonders for their own class constituency, but they’ve actively made the lives of working people worse.

Even the over 70s, who vote blue more than any other age bracket, haven’t got much out of Tory rule. This is the crux of the issue: Coronavirus will hit the poor and vulnerable hardest.

The post-war nexus of welfare, regulation and taxation has been demolished for short-term gain. We’re now going to see what happens when a public health crisis breaks out into the open.

All of the calculated failures of neoliberal reform will be exposed.

Naturally, the Conservatives will deny any fault in this crisis. It’ll be the fault of careless individuals and families for not taking responsibility and avoiding contact with elderly relatives – who they care for or rely on to watch young children.

This is despite the fact that the Tory base includes a large portion of the elderly population.

Yet there are signs the Tories are starting to backtrack on parts of the strategy. The UK is set to ban mass gatherings and the government has advised people over 70 to self-isolate.

No doubt Johnson will be watching as the press balks at his policy. He may realise there is a tension between what his social Darwinist advisers think and what party electioneers fear.

What’s clear is that the Johnson government is more worried about tipping the economy over into recession than it is about the death rate.

The political backlash could force the government into retreat. But it may already be too late.