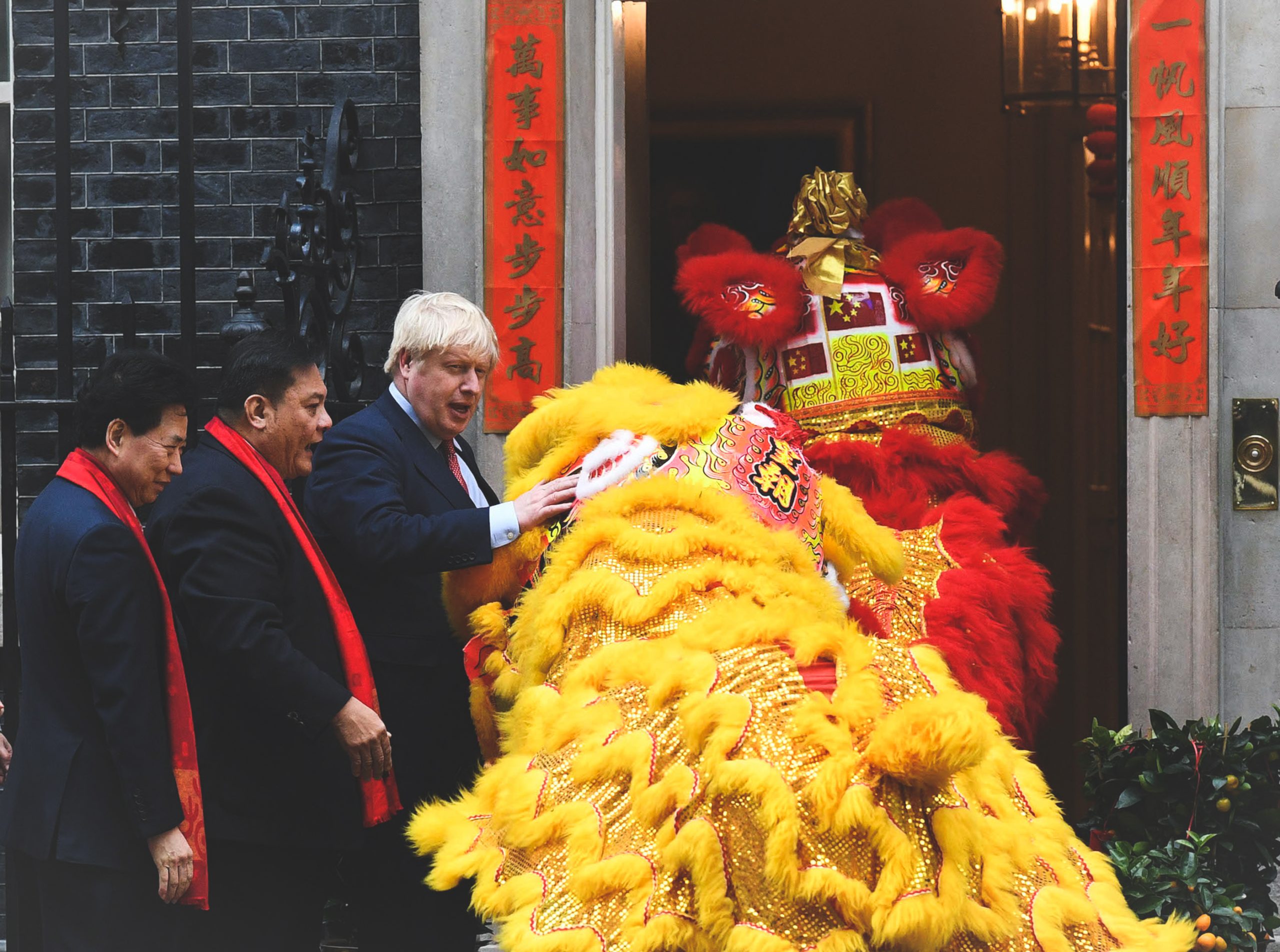 Out with Brussels, in with Beijing. Number 10, Chinese New Year.

Breaking Down the Breakup

Britain’s departure from the European Union was a day of jubilation for some and mourning for others. Many people are still clinging to easy answers and false hopes. It’s time to sober up.

There are few precedents for this event, but the early European Common Market saw two significant exits: French Algeria (1962) and Greenland (1985). Neither is really comparable for a number of reasons. Algeria left the Common Market once it secured its independence from France in a blood-soaked revolutionary war, whereas Greenland is still an autonomous territory of Denmark.

The UK was one of the biggest imperial powers in history and remains one of the strongest economies in the world. However, it’s worth noting that Greenland left after a very close referendum in which 53% of people voted Leave and 47% voted Remain.

The Danish government had held a referendum on its entry into the Common Market in 1972. The results were a decisive victory for pro-Europeans (63%), yet Greenland voted against it by 70%. So there was the sense that the island-nation had been taken into a project it opposed.

Nevertheless, there are lessons here. Greenland’s Euroscepticism was the case for a new referendum to secure its consent to entering the Common Market. The situation is comparable to the debate over Scotland’s future in the UK (more on that later).

The UK is still on a journey as it untangles itself from five decades of life in the European project. It may seem crude but this long, protracted process does resemble the famous five stages of grief – certainly among Remain voters.

The shock of the 2016 referendum hit everyone. Even Leavers couldn’t believe they’d won, while Remainers were left in a dreamlike state of sheer horror. Denial takes many forms under these unforgiving conditions.

The media deservedly came under fire for its role in acting as a megaphone for lies. Cambridge Analytica was soon outed for its use of data to spread disinformation, while others began to point the finger at Russian meddling and dark money behind the Leave campaign.

Of course, the referendum campaign was a dirty, messy fight and a lot of nonsense was peddled. However, this picture doesn’t account for why so many reasonable, middle-class people reportedly wanted to believe in Brexit.

Contrary to popular belief, much of the Leave vote was southern and middle-class. The working-class vote may have played a key role in the swing to Leave, but it wasn’t the core base for the Tory far-right. We’ve barely begun to analyse the organic factors behind the Leave vote and its victory over Remain.

Naturally many people looked for someone to blame. There have been many targets since June 2016, but one of the first was Labour leader Jeremy Corbyn. He faced accusations of not campaigning hard enough for Remain, despite appearing on TV more than 120 times to make the case.

Corbyn was accused of jeopardising the whole Remain campaign for taking a couple of days off in the summer. The majority of Labour voters (70%) supported staying in the EU and voted to do so on 23 June 2016. Nevertheless, the fault lay with Corbyn and not David Cameron – who held the referendum for purely party political reasons.

It became a convenient narrative for Tony Blair, Alastair Campbell and Lord Andrew Adonis to sow discontent among Corbyn’s supporters. The Guardian and The Observer were more than happy to help make this narrative stick.

There had to be a betrayal and so there had to be traitors. This wasn’t just contained to Remainers. Leavers became increasingly frenzied about the possibility unelected judges or even elected politicians would stab them in the back. And had the People’s Vote campaign succeeded this might have become the Dolschtoss theory of Brexit among the extreme right.

Many Remainers soon began the search for legalistic and technical solutions to the problem. Top-notch lawyers Jolyon Maugham and Gina Miller began pushing for parliamentary scrutiny over the PM’s power to invoke Article 50.

However, there was never a possibility that the House of Commons would have blocked Article 50. Most MPs on all sides had decided Brexit would have to go ahead to appease the 52% that had voted for it. No doubt more than a few Labour and Conservative politicians feared the wrath of such voters.

This was just one phase of bargaining. The next phase was the attempt to find a ‘soft’ Brexit, whereby the UK could either retain freedom of movement or merely prevent a hard land border on the island of Ireland. The Norwegian model was floated and the differences between the customs union and the single market became huge issues in the debate.

Perhaps the height of the bargaining were the pointless talks Labour entered into with the May government and later the search for anyone who could lead a “government of national unity”. Both proved to be dead-ends.

Since Premier Boris Johnson won a landslide, the mood is one of depression for Remainers and Labour supporters who hoped to prevent the worst from happening. Brexit is now a legal and political reality, even though the economics have yet to kick-in.

The stench of death was overpowering on the morning of 13 December. Not only had the Corbyn project been smashed. The far-right had won the battle to impose its vision of Brexit without any accountability whatsoever.

Now the fate of the country is left to the professional charlatans entrenched in Downing Street. The opposition is powerless in a parliament where the government has a majority of 80 seats. This might not be so bad if the incumbent leadership was not the most ruthless and vicious executive seen in decades.

We can look forward to terrible deals with the EU and the US followed by moves to curtail civil liberties and the right to strike. We can expect more deportations and police violence, while the number of people sleeping in bins continues to rise.

The next stage may be acceptance. Many Remainers aren’t there yet and some people will never get there. Can you blame them? The good news is that the Conservative Party has removed the only issue it could use to offset other conflicts the country will face in the near future.

The battles over the UK’s political future will be fought and won outside Whitehall. These confrontations will not necessarily take place in the streets of London, but in Scotland and Northern Ireland where most people voted to stay in the EU.

Much like Greenland in the 1970s, Scotland finds itself tied to a project most of its people didn’t want. The key difference being the English experiment is about “going it alone” rather than joining an economic bloc.

The rise of nationalisms in different parts of the British Isles is no coincidence. The case for Scottish independence is stronger than ever now. Whether the British union will break-up is no longer an ‘if’ but a ‘when’ question.

Meanwhile, Northern Ireland has been granted a special arrangement to create a de facto sea border between the island of Ireland and mainland Britain. The same option of leaving one part of the country inside the EU’s orbit and one side outside of it is harder to pull off when both countries are a part of the same island.

If the Greenland precedent is anything to go by, there may be no sign of the UK re-joining the EU in the next generation or two. But what will happen to the UK and its archaic unwritten constitution is far less certain.