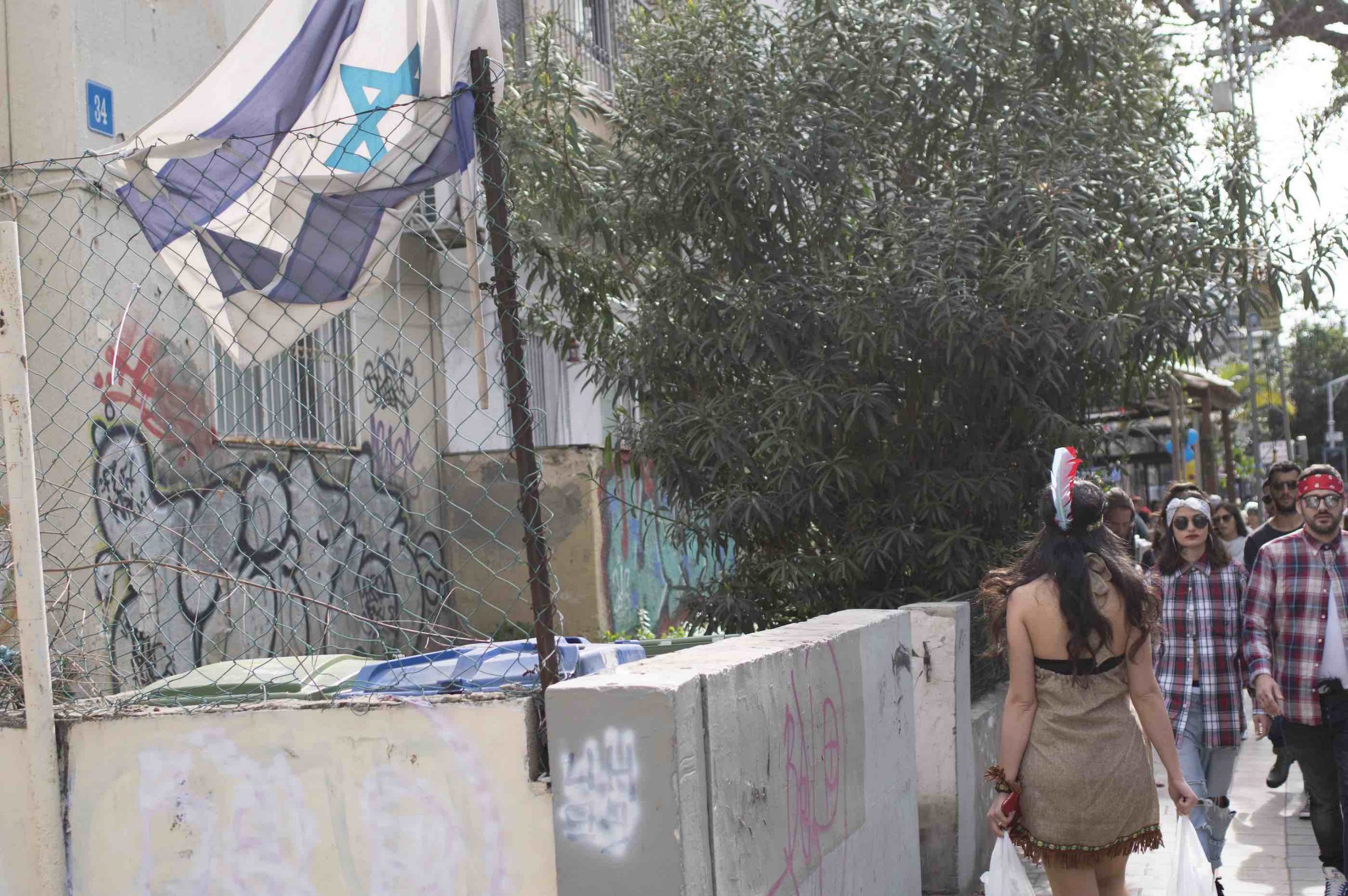 When Enemies Are Friends

It might as well have been a declaration of war.

First unveiled on 28 January, by 6 February, US President Donald Trump’s long-rumoured ‘peace plan’, AKA the “Deal of the Century” had had the exact opposite effect.

4 Palestinians had been killed, 12 Israeli soldiers had been run over by a truck, and another wounded in a drive-by shooting.

Though official figures have thus far not been released to media, local journalists were claiming that hundreds had been so far been wounded, on both sides.

Not bad for seven days. According to a frequently quoted opposition source, Israeli airstrikes on Damascus had killed 23 Syrian and Iranian troops on Wednesday alone.

Still, the violence augurs far worse. With relations between the Palestinian Authority and Israel and the United States near collapse, a new Intifada is not out of the question.

Whether it is as consequential as the previous one, the Al-Aqsa Intifada, which began in 2000, and ended five years later, remains to be seen.

Israeli security forces are far better prepared to contain an uprising this time and Palestinian militant organisations in the West Bank don’t have the same numbers they had in the 1990s.

But that’s beside the point. If you follow the Israeli-Palestinian conflict, the chances are you’ve already read such forecasting in Middle Eastern papers, repeatedly.

What’s more important is understanding the violence that’s taken place so far. It directly contradicts the sales pitch of the Trump initiative, spelling out, in blood, its true meaning.

The Deal of the Century is a prescription for conflict, not resolution. As though anyone who knows anything about the history of American peacemaking in the Middle East would be surprised. This is how it has been since the 1990s.

That’s not to say that the Americans are bad and have always done wrong. Some presidents’ efforts at ending the Arab-Israeli conflict have been nobler than others. Jimmy Carter’s sponsorship of the peace process, in the 1970s, is one example.

The US leader had genuine aspirations to resolve the crisis, starting out with the peace agreement with Egypt, which has now held for four decades.

Few would argue that the 1978 Camp David Accords did nothing to advance Palestinian statehood, by separating it from the Egyptian-Israeli agreement. But, the treaty still stands, and the president understands what it did not do. Carter’s evolution as the eminence grise of American humanitarians bears this out.

His outspoken criticisms of Israel’s policies towards Palestinians the last two decades have been especially noteworthy, and have given him a credibility denied the presidents who followed, including Bill Clinton, who oversaw the 1994 Wadi Araba peace treaty between Israel and Jordan.

No starker a contrast could illustrate this difference than Carter’s Mideast diplomatic record. Hence, the significance of Donald Trump’s so-called Deal of the Century, in the annals of American peacemaking efforts. Trump is the anti-Carter, the ambassador of conflict, rather than reconciliation.

Whereas previous American diplomatic efforts still had a hint of utopianism about them, today’s US foreign policy is about keeping things as they are. Hence, the lack of anything new to Trump’s peace plan, that hasn’t been mooted previously. Its lack of new ideas is astonishing, as much as it is depressing.

In fact, the Deal of the Century places a barrier to any further dealmaking. The future, or so it reads, is now. There will be no Palestinian state. Just some adjustments, such as the long-feared ethnic transfer advocated by Israel’s far-right, of Arab towns from the Triangle, to the Palestinian Authority.

The idea that Hamas will submit to Fatah in the PA is a non-starter. Even the Americans know that. But they had to put Gaza’s de-militarisation on the table, in the form of an investment incentive, because the Trump Administration truly believes that Palestinians will trade sovereignty for money. It’s crass, and racist, but that’s this White House.

Yet for all the obvious artifice, the smokescreen still stands. The international press continues to speculate about Trump’s peace plan, and the European Union and Russians like clockwork complain they weren’t consulted in its formulation. Sound familiar? The White House couldn’t care less.

Drama is like that. It’s much ado about nothing new, in this case, the status quo getting rebranded. Why bother. The Americans have officially ended the peace process. Why pretend it’s anything else. It won’t drive more click-throughs. The era in which Israel dominated foreign news coverage is over.

Though some more astute pundits have insisted on making the obvious point that this exercise is a gift to Netanyahu, to help bail him out of his criminal indictments, before Israel’s upcoming March election, that’s also transparent, too.

The US has a stake in Israeli politics, and the White House always indicates its favourites. Israel may not be an official colony, but Washington is not above wanting a say about who is in charge, either. This is just another one of those instances.

But, still, there’s something noteworthy here. What makes this peace plan different from those that preceded it is the zeal with which Trump proclaims the importance of something hollow. It’s like he’s knowingly trying to sell you one of those bottles of air from the Holy Land, hawked at tourists in Jerusalem.

You buy it even though you know it’s bullshit because it’s funny. Not totally funny, but enough to be evidence you’ve been there and done that and are in on the joke. You have to believe it because it’s so ridiculous – much like the Israeli-Palestinian conflict remaining unresolved after seven decades.

That’s why Donald Trump is able to get away with it. It’s just another version of his social media presidency, and pretence to being a problem solver. Trump delights in being in the limelight, and an object of outrage, irrespective of the topic. This is just the Middle Eastern version he wants us to indulge.

Trump’s peace plan is not about settling the Israeli-Palestinian conflict but ending talk about solving it. It’s that simple. There’s value to it, in its own right, insofar as the last three decades of US-sponsored peacemaking has done nothing of consequence to achieve a two-state solution.

Hence, the example of the air from the Holy Land bottle. It’s cool as kitsch, but there’s still nothing there. It’s just another joke with a price tag, had at the expense of sentimental foreigners, who can’t help but feel attached to their fantasy of the country. Not the locals, but something imaginary.

When you read about Trump’s peace plan catering to Christian Zionists, that’s the subtext. It’s not that they’re Zionists per se. Most Evangelicals aren’t. Rather, it’s that they don’t trust Arabs to safeguard this experience, and therefore need the country to remain fully within the US fold.

Witness the polemics about Christians in the Mideast in Evangelical media and you’ll grasp the anxiety. At best, Israel is portrayed as an overpaid security guard, who erects a separation wall blocking Muslim civilisation. The US underwrites our resilience, but it’s Jews and Arabs who do the fighting.

Viewed from the outside, it can be hard to fathom how medieval the situation actually is. Not the Middle Eastern side, but the American one. Particularly for Europeans, who for decades have had to rely on the US for understanding and support to get through dozens of crises, from Hitler to the USSR.

The problem is that this is what America is now. If the Trump plan is of any value, it’s in serving as an example of what a destructive force the United States has become in the Middle East, and why we can’t rely on it anymore.