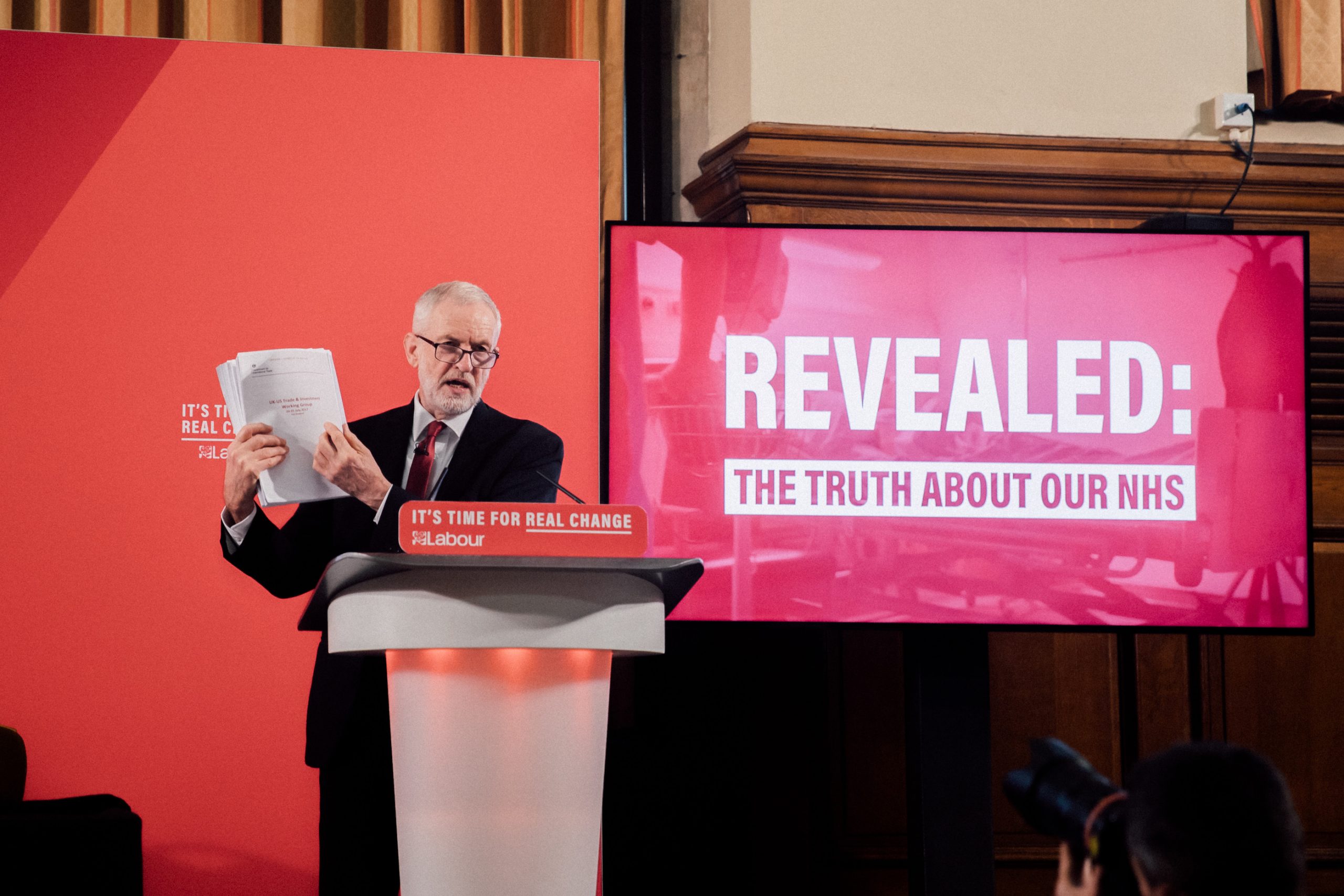 The Loser is Britain

America won the UK election. Not the Tories.  The only mandate the Conservatives were given is to put the final stamp on Britain’s merger with Washington.

That’s the basic gist. The United Kingdom, in effect, exchanged the European Union for the United States.  That’s always been the subtext of Brexit’s pretence to sovereignty.

Recognition of this is most pronounced in the United States, while the British pretend it is more a partnership. You can understand why.

For America’s political echelon, Britain is a quaint atavism. Its old-world charm and backwards ways make it ideal to exploit economically and politically.

In an earlier era, the slogan of US foreign policy was that the world must be made safe for democracy.  The slogan of the new era is that we must make it safer for traders.

The Trump Administration’s patronising attitude towards the UK is reflective of that.

Nothing so clearly indicates this than Trump’s assertion that privatisation of the NHS has to be on the table in any bilateral trade deal.

While Boris Johnson and his abettors were loath to admit that such a thing might be countenanced, the degree to which it was actually a matter of discussion was made clear last week when the Corbyn campaign released a tranch of documents (the provenance of which was unclear) showing that precisely such a move was in play.

Donald Trump and his coterie have shown real enthusiasm at the prospect of Brexit. Partly this has to do with the president’s perception that Boris Johnson is something of a kindred soul.

But, ever the dealmaker, Trump is certainly also enticed by the advantages to be gained from trade agreements with the UK not limited by the European Union

In August, Donald Trump claimed that negotiations for just such a deal were already underway, although he typically produced no evidence that this was the case. Even if such a deal were to get done, the likely parameters illustrate the underlying nature of the relationship.

Whatever the magnitude of a deal between the United States and the United Kingdom, it is hardly likely to offset the roughly £291 billion in trade that the UK currently does with the EU. For the United States, the stakes are rather different.

The possibility of privatisation of the NHS is only the sweetest plum of the possible benefits available to US-based finance capital from British markets cut loose from Europe.

The UK has been in a long-term process of neoliberalisation, begun in earnest by Margaret Thatcher in the late 1970s and continued by Tony Blair in the 1990s.

While the nationalised assets of post-war Britain are now only a memory, there are many possible targets for arbitrage, financialization, or other forms of economic intervention. This very much fits the pattern that has been established since the first years of the Second World War.

Though the First World War had seen the shift in global financial power from London to New York, WWII saw the dismantling of the imperial structures on which Britain’s world power status had been based.

In 1940 and 1941, Great Britain found itself in desperate need of the means to defend itself from the military onslaught of the Third Reich. President Roosevelt was willing to provide what he could within the bounds of the neutrality legislation forced upon him by the US Congress, but payment was required.

For cash-poor Britain, the payment had to be in military bases and other similar assets.

Winston Churchill very much regretted having to trade British assets in order to fight a war that, by his lights, served the interests of both the United States and Great Britain. But he was enough of a realist to know that he had no choice. Churchill rather liked Roosevelt, but chafed under the latter’s chiding about the imperial structure and aspirations of Britain.

Of course, the United States was no less colonialist in its own way. Sometimes its colonialism took the form of direct power, as in Cuba and the Philippines. But its favoured mode was financial penetration, facilitated by the assertion of the Monroe Doctrine, giving it a sort of general suzerainty over the Americas.

US financial capital did not immediately find its way into the United Kingdom in the wake of the war. The process of disintegration of Britain’s colonial holdings took decades to fully manifest.

The decline of the British Empire overlapped with the rise of the EU in ways that prevented the British economy from manifesting as a target for American capital.

But the broad decline of UK financial power, especially after the era of the Asian financial crisis (during which the British were forced to devalue the pound), resulted in a view on both Wall Street and Washington that Britain was on the verge of being remaindered.

This is not entirely surprising. It is, in fact, a subset of American views toward the developed world generally. The fall of the Soviet Union left the United States as the sole operating superpower. The end of actually existing communism fundamentally changed the imperative structures of US-based capital.

Ever since the days of the Marshall Plan, there had been a feeling in the United States that European economies were, or ought to be, somehow subservient to that of America. The formation of the European Union dampened this somewhat, but it was revived in dramatic fashion after 2007.

European economists tend to argue that the financial crisis was a consequence of the profligacy of the US banking and financial system. But it was also clear to the US Treasury that the collapse of European financial institutions would have catastrophic effects on the domestic economy in the United States.

It was for this reason that the Treasury made enormous pools of capital available to European central banks so that they could overcome the crisis.

One of the peculiarities of neoliberalism is the tendency of lawmakers to prioritise economics over politics. In the United States, this doesn’t just impact domestic policies. It profoundly influences the ways that the world outside appears.

Europe is not so much valued as a US ally as it is a blank tableau that ought to be open for exploitation. Transatlantic relations have an intrinsically proprietary character to Washington, which, if they are to succeed, must favour the US.

Hence, Donald Trump’s insistence that the NHS must open to American investment. The United Kingdom is an easy target precisely because it has sold so much of its assets to the US already. Freed from the EU, anything else that might have been held back should be up for grabs.

If only this was reflective of a special relationship between the two countries – one that was about mutual prosperity, more than a one-sided exercise in exploitation.

The shame of it all is that public anger about foreign control gets directed at Europe, not the United States. If only that got better pickup in the 2109 general election.

The Tories may indeed sell themselves as the winners. But, it won’t change the fact that at the end of the day, Britain is the biggest loser.