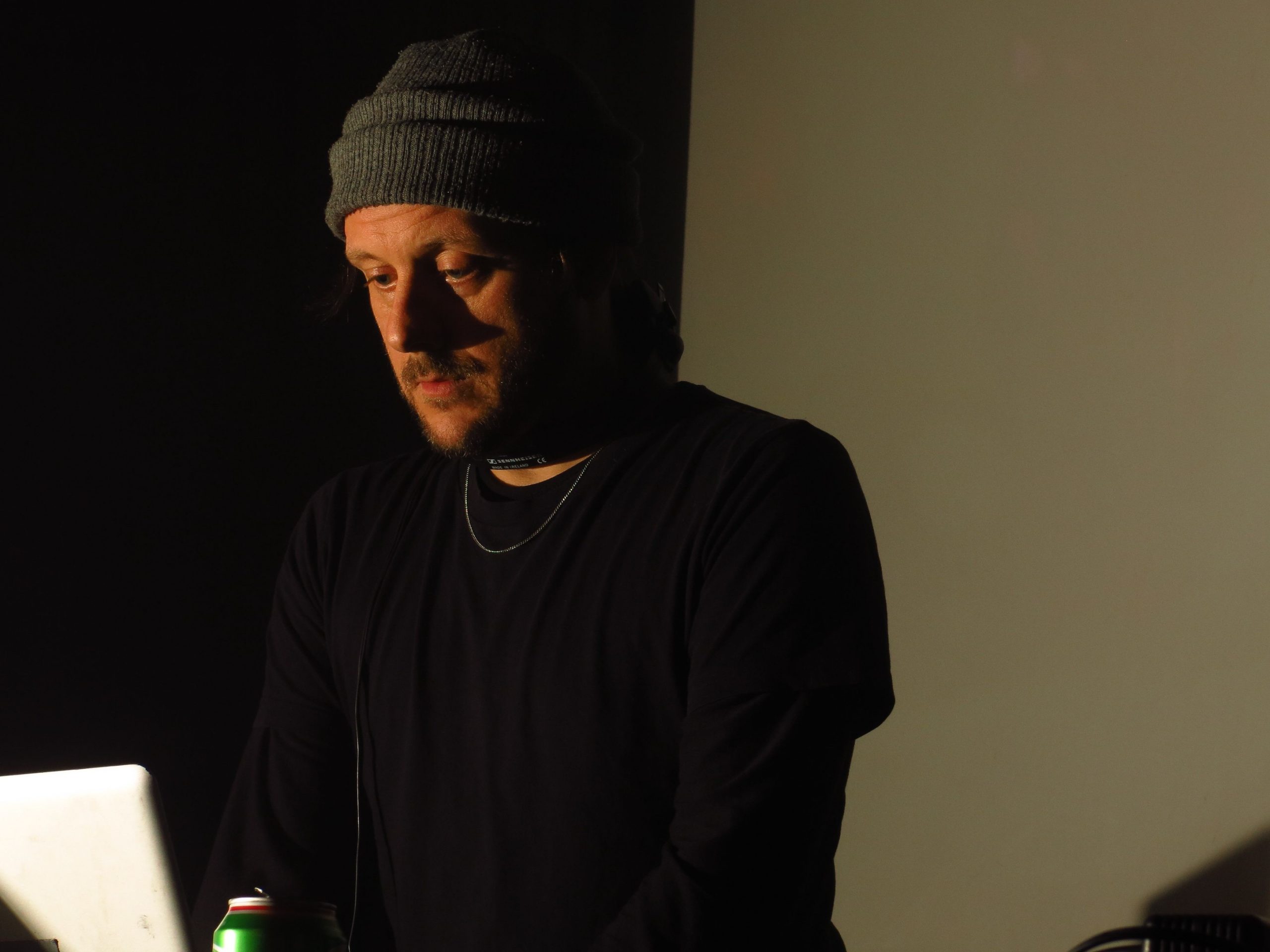 Lee Gamble’s new almost-LP, Exhaust, is not easy to like. Every time one of its eight tracks seems to settle into a groove, it suddenly darts off in a different direction. The patterns that do repeat are usually too complicated to remember before the record has been played many times over.

More often than not, Gamble’s beats sound more like the ambient noises from a construction site than what one generally expects in popular music. Put the record on at a mainstream dance venue and almost everybody will head off to buy drinks.

The title of the third track “Glue” feels like a cruel joke. A strange combination of heavily processed vocals, jackhammer rhythms, and muddy fake horns, it repeatedly fails to cohere. Halfway through, it stops dead, with a painfully long rest that feels like anything but. And then a tinny PA voice invites us to “look around” at a selection of products.

“Tyre”, two not-really-songs later, seems almost cheerful by comparison. The only one of Exhaust’s tracks to channel forcefully Gamble’s early years as a practitioner of jungle, it bounces around manically. Like “Glue” though, it ultimately doesn’t arrive at a destination. A series of stops and starts just ends, somehow leaving us with less than we started with.

The longer you listen, however, the more necessary this discomfort feels. Gamble demonstrates his mastery by making music that actively repudiates order. A random assemblage of found sounds would be more likely to come together.

The word “deconstruction” has been thrown around far too often by critics, being promiscuously applied to any record that draws attention to its own structure. But Exhaust deserves the name, paradoxically destroying in the very act of creation.

Those of you steeped in the history of experimental electronic music will no doubt hear a wide variety of musical ancestors, from the more out-there sects of psychedelic 90s dance culture to art anti-rockers like Matthew Herbert and Matmos.

Personally, I keep being reminded of the unsettling techno-organicism of the largely forgotten Australian “band” Severed Heads. The more you can remember what it was like to cope with the strangeness of these predecessors, the less alienating Exhaust will seem.

Even so, assimilating the music on its own terms will always be a struggle, no matter how much you listen or how many names you check. That’s why the statements Gamble has made, in interviews and liner notes, play a crucial role in making sense of the record.

As Bob Cluness notes in a review of In a Paraventral Scale from earlier this year – the first part of a trilogy along with Exhaust and another forthcoming release – Gamble “looms large in the minds of those who approach music like a philosophical problem”, exemplifying the type of experimental music that “seeks to do the theoretical work that was once the domain of philosophers”.

Writing about Exhaust for Pitchfork, Ruth Saxelby zeroes in on Gamble’s reference to “the ‘semioblitz’, a term coined by the late critical and cultural theorist Mark Fisher”.

For those unfamiliar with his work, Mark Fisher is increasingly regarded as the philosophical conscience of today’s Britain, its most profound and thoughtful critic of the country’s neoliberal turn. Gamble’s work can oftentimes sound like the inside of Fisher’s head.

Whereas Fisher wanted to highlight the extent to which contemporary consumer spectacles like the 2012 London Olympics make it seem that culture is unthinkable without capitalism, Gamble “extends its meaning to reflect ‘the aggressive onslaught of visual and sonic stimuli of contemporary cities and virtual spaces’”.

If you are the kind of artist with big intentions, getting critics to quote your statements about the work you are doing is significant. Instead of surrendering control to your work, you extend it. However, there’s a price to pay for such macro-managing.

For decades, the people who teach creative writing have been impressing upon their pupils that it’s better to show than it is to tell. And their counterparts in the visual arts and music have been giving equivalent instructions. While the rationale for this advice tends to be narrowly aesthetic, the impact is decidedly political.

Almost everyone who has learned to make art in an institutional setting over the past 75 years can regale you with stories of being “cut down to size” with such admonitions. More often than not, though, what ends up on the floor are the places where art interfaces with real-world concerns. The what of a work of art is valued more than its why.

There have been notable exceptions, of course: self-consciously political experiments with breaking down the fourth wall; minimalist gestures so extreme that the only way they can be apprehended is with the help of supplementary explanations; and the strident refusal of multicultural artists to play by what is regarded as the white man’s rules.

Yet no matter how passionately pursued, approaches like these continue to be stigmatised by a conservatism so deeply ingrained in Anglo culture that we can barely detect its presence.

Gamble is both stubborn and learned enough to fight back against such aesthetic prejudice. His anti-musical approach, with its emphasis on disorienting fragments, can only be construed as a reflection of British society, at present – one which, hurtling into the unknown of Brexit, is reimagined as a dissonant, libertarian paradise for retro-Thatcherites.