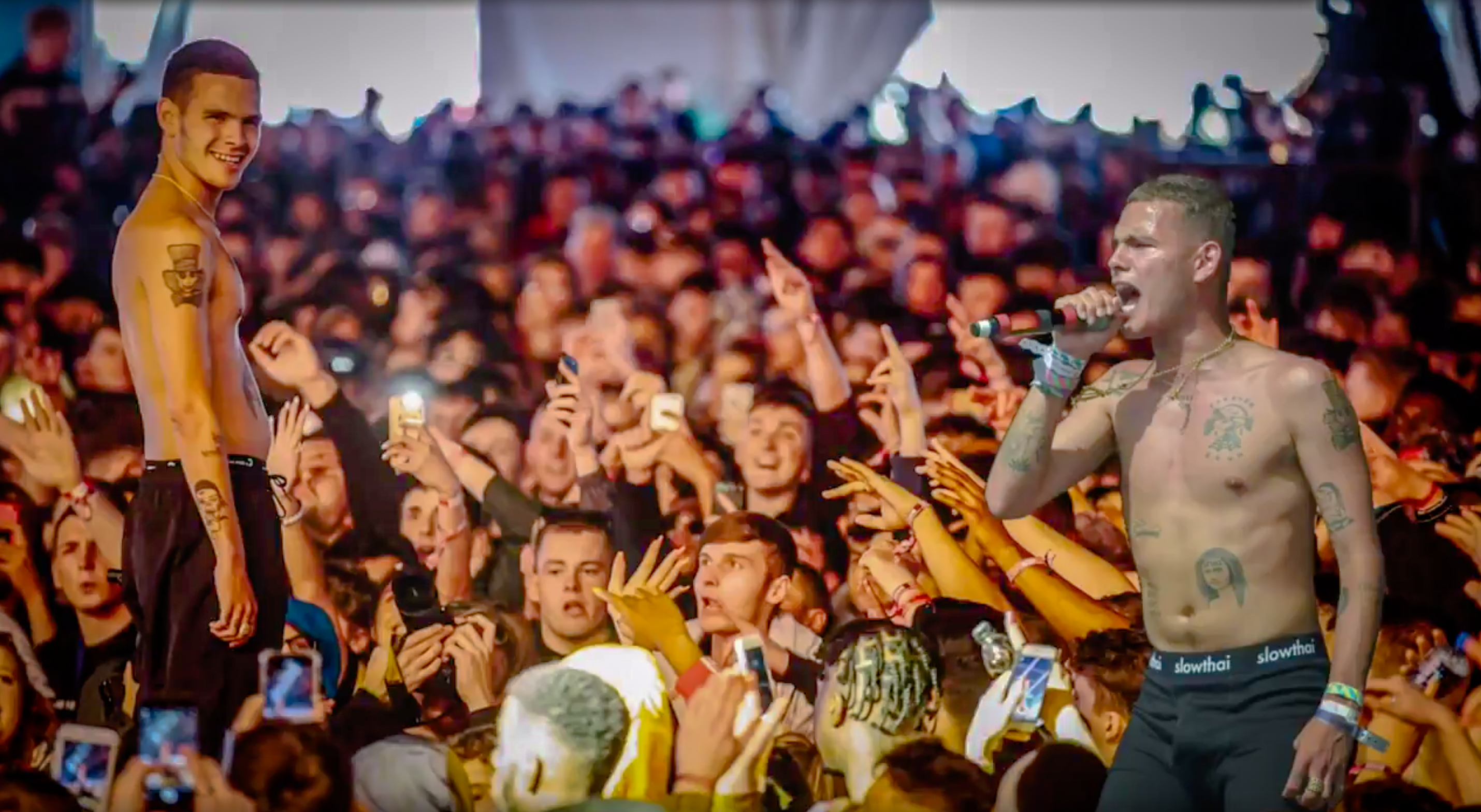 The Case for Slowthai

Whenever a record receives as much attention as British rapper Slowthai’s debut LP Nothing Great About Britain has, it can be hard to hear.

The fact that Slowthai and his collaborators clearly welcomed it being received as a political statement, makes the problem worse.

Savage and sly in equal measure, Nothing Great is bursting with quotable lines. But they tend to function like links. Mentally click on them and you are likely to end up pursuing a train of thought that ends up far from the music. Making your way back can be exhausting.

This is not a criticism. Like the first-generation punk artists to whom he has been insightfully compared, Tyron Frampton demonstrates a remarkable facility for turning the relationship between text and context inside out, so that his music frequently sounds like the background for provocations to which it is somewhat ambiguously connected.

Indeed, the backing tracks he raps over often sound like they are being deliberately displaced, as if they were being recorded from far away.

As Colin Gannon noted in a superb review for The Quietus, the album itself “scans more as kitchen-sink realism than socially conscious rap”.

But the public statements Frampton has made in concerts, both in word and deed, suggest a desire to push buttons without much concern about capturing the nuances of lived experience.

When you pretend to hold up the severed head of Prime Minister Boris Johnson in concert or encourage your fans to imitate the brutish tribalism of so-called football hooligans, your rhetorical goal is not matter-of-fact description.

The tracks on Nothing Great About Britain are full of it, though. Little details like “I wear Nike not Fila” from Slowthai’s breakthrough single “T N Biscuits” – like several tracks on the album, it was well-known long before its May release – or the pared-down picture of existential isolation that come later in the song:

Take a leaf out my book, I know
Tried to believe them, lost all hope
I just wanna chill, go home
Jump on my push bike and I zone
Ring, ring, ring, answer my phone
Getting sick of my own ringtone
Pedal on shit so long
People need to go, grow a back bone

This is very much the attitude conveyed by the protagonists in the “angry young man” literature of the 1950s or the aforementioned kitchen-sink realism that followed it.

While it can surely be construed as political, it veers sharply away from the sort of analysis that excavates collective struggle in the plight of individuals.

While class distinction makes its presence more forcibly felt in “Doorman”, a single repackaged as the second track on Nothing Great About Britain, you still don’t get the sense that Frampton is trying to make an explicitly political point:

Mixed messages, wires crossed
Marry me, what you got? Too much
Toothbrush and socks
Parents minted, Mayfair, couple dogs
We go on walks, she never talks
I pour my heart out and she laps up my blood

This is more Henri Murget’s Scènes de la vie de bohème than The Communist Manifesto. It takes work to turn the first-person experience it documents into an allegory. While it’s plausible to argue that his art is being consumed by people like the well-heeled young woman in this song, that is not its primary focus.

Indeed, even when his lyrics temporarily break the chains of first-person subjectivity, the commentary that results is more cultural than political. Take this passage from the title track, which leads off the album:

Grass ain’t always greener where the other side lives
Nothing great about Britain
Tea ‘n biscuits, mash, jellied eels and a couple little trinkets

Despite the Brexit-minded diminution it performs, these lines could have been copped from a mid-60s Kinks song or the Who rock opera Quadrophenia.

When Frampton goes on to state that he swears on his heart that he is “proud to be British”, we are supposed to relish the irony. But the celebration of mundane working-class life does not feel insincere. No matter how dysfunctional the political nation may be, the cultural nation is still going strong.

This point is reinforced in the track’s controversial conclusion. After Frampton’s first-person has haltingly reasserted itself, he blatantly references The Jam, The Smiths, and, above all else, The Sex Pistols.

After informing Kate Middleton that she is “an English rose” he wouldn’t mind having as his wife, Frampton turns his attention to the Queen, temporarily sliding into a sycophantic – and perhaps slightly Asian – middle-class accent: “I tell you how it is, I will treat you with the utmost respect only if you respect me a little bit, Elizabeth, you cunt.”

Shocking as these words may be, they draw upon centuries of eminently working-class resistance to Britain’s elitist institutions.

For someone who wasn’t born where the grass is greener – even if, as Frampton has pointed out, council estates like the one where he grew up in Northampton are often cut off from nearby cities by deliberately cultivated vegetation – expressions of patriotism may simply take the form of acknowledging one’s forebears.

This referential quality makes commercial sense, too, since critics and judges are more likely to praise work that goes out of its way to make connections to the past.

Frampton’s lyrics give the lie to the album’s title. Even if he has no patience for the once-great nation fantasised by Brexit ideologues, by making Britain his subject, he asserts that he is still British. Because what continues to make Britain great is the fact that so many people testify eloquently that there is nothing great about it.

The Varieties of Banking Experience