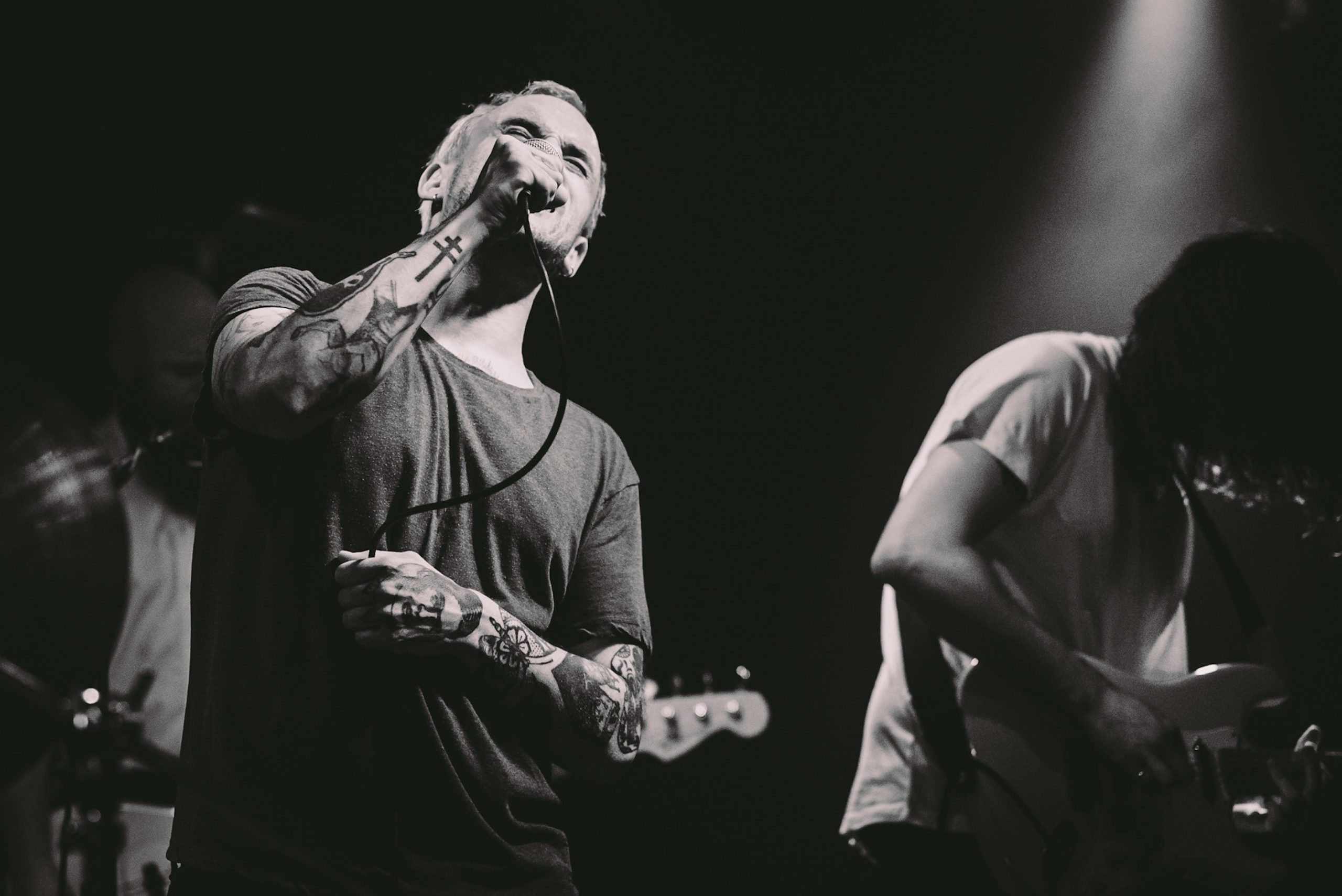 Nothing is New Anymore

The Paradox of the IDLES

Listening to IDLES’ forthcoming live LP, A Beautiful Thing – not to mention the albums that preceded it,  Joy as an Act of Resistance (2018) and Brutalism (2017) – is by turns exhilarating and exhausting.

The coupling of a relentless rhythm section, texturally dissonant guitar and wordy lyrics that pack a political punch is hard for anyone raised on bands like Gang of Four, The Fall, and Fugazi to resist.

But the fact that those touchstones are so readily invoked – despite the band’s repudiation of attempts to classify them as “punk” – is discomfiting.

How can songs like “Mother”, “I’m Scum”, and “White Privilege” feel at once emotionally fresh and stylistically threadbare? To blame IDLES for the sense that they are reinventing the wheel is pointless. If they are derivative, it is not from a lack of imagination on their part.

We are conditioned to think of modernity as a time of unprecedented progress, in which traditions become expendable in the face of rootless potential. But that sense of history’s inexorable forward march is complicated by the realisation that modern life — and its postmodern inflexion — have continually expanded the repertoire of ways to be new or, failing that, seem that way.

This is the paradox at the heart of contemporary existence. When we look to the future, we see an overwhelming array of futures past.

It’s a predicament that explains the paralysis we feel when trying to envision alternatives to the status quo. If — as Slavic Žižek, Frederic Jameson, and Mark Fisher have all notably suggested — we find it easier to imagine the end of the world than the end of capitalism, it is because we recognize that the novelties at our disposal have seemingly all been subordinated to the logic of consumerism.

The choices offered to us in the marketplace — cash or card, paper or plastic, Coke or Pepsi — end up containing the choices we are theoretically supposed to be making outside of it — Labour or Tory, CDU or SPD, Green or Red. Instead of transcending the private sphere, the political realm is subordinated to it.

To the credit of IDLES – and their less “musical” rivals Sleaford Mods, with whom they are inevitably feuding – they confront this problem directly. “Love Song”, for example, acknowledges the impossibility of freeing our affections from the transactional mindset imposed on us by consumer society:

I will not go to bars

Or jump in strangers’ cars

It’s hard not hear these lines – and lines and lines –as an echo of Gang of Four’s 1979 song Natural’s Not In It, famously featured in the opening credits of Sofia Coppola’s film Marie Antoinette:

The problem of leisure
What to do for pleasure

Ideal love, a new purchase
A market of the senses
Dream of the perfect life
Economic circumstances
The body is good business
Sell out, maintain the interest

Significantly, IDLES do not update their lyrical content to account for the supposedly dramatic changes in romance brought about by social media.

“Love Song” is no Sherlock in this regard. Whereas that wildly popular television show made a fetish of its source material’s datedness, IDLES confront us with the realisation that, despite countless technological innovations in the four decades since Gang of Four released their debut album, the fundamental problem of human connection remains that it is mediated by capitalism.

Cleverly, “Love Song” then goes on to directly reference Bloc Party’s 2005 song “This Modern Love” by repeating that phrase over and over in the chorus.

Given that Bloc Party blew up during the peak of the biggest post-punk revival to date and is famous for their thundering rhythm section and edge, emotive lyrics, it makes sense to perceive “Love Song” as a commentary on the fact that we live in a culture in which datedness itself is a hopelessly dated concept.

The increasingly unfettered capitalism that four decades of neoliberalism have given us is as quaintly dated as the Victorian setting of Arthur Conan Doyle’s Sherlock Holmes stories. Our headlong march towards the new has brought us back to the extremes of early industrial capitalism and made radical alternatives on both the left and right popular to a degree that not that long ago seemed highly improbable.

IDLES may ultimately disappoint those of us with extensive knowledge of musical history since they do not deliver the novelty we have learned to crave. But by drawing attention to the patterns that consumerism dooms us to repeat, they are doing us a service.

In the end, the pleasure of the new pales before the displeasure we experience upon realising that it’s actually more of the same. Freeing ourselves of the delusion that we have made progress, whether personally or politically, is the first step towards a world in which the future no longer looks like past futures.