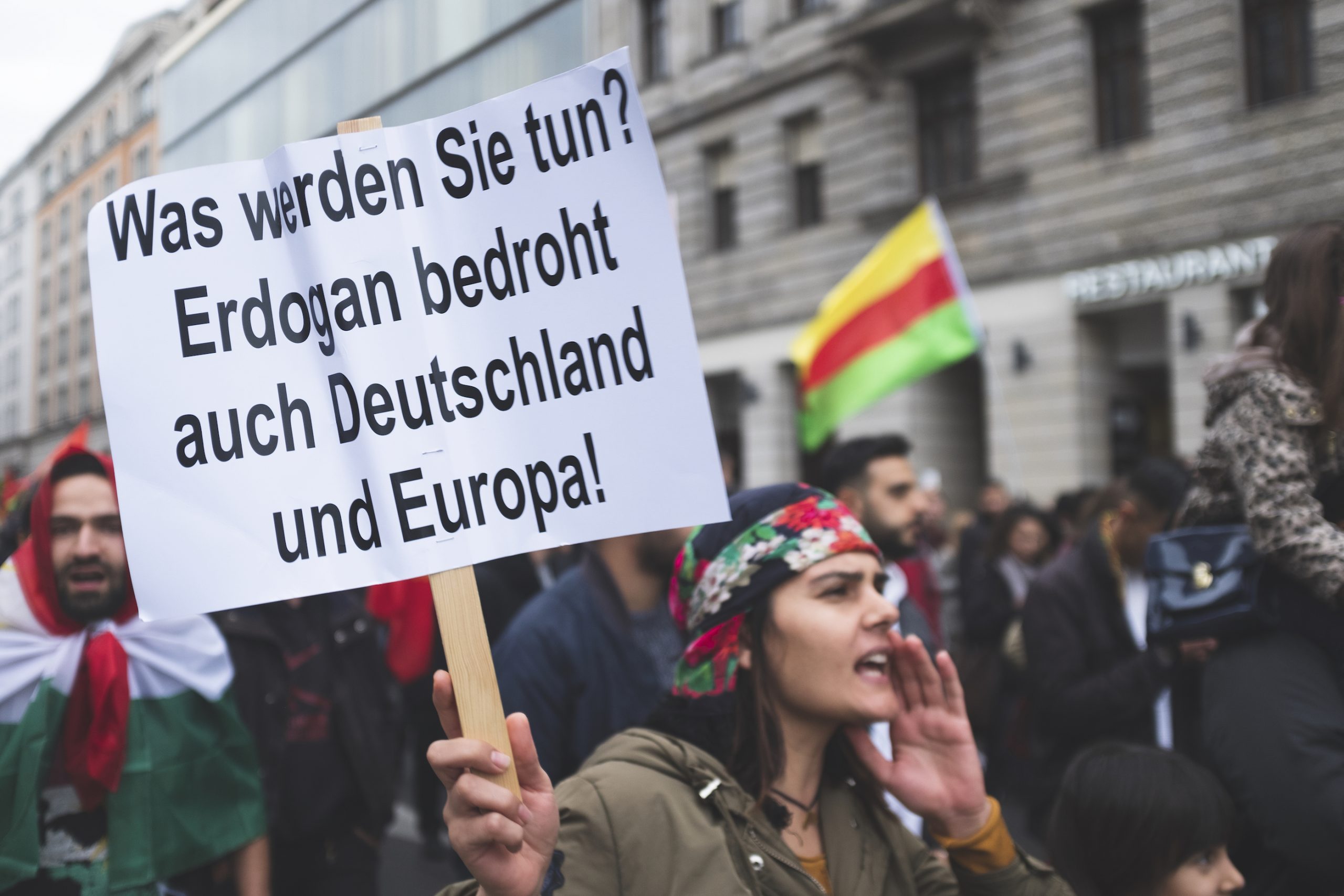 If Not Now, When?

The Crisis in Rojava

When was the last time that Washington backed the good guys? Barack Obama’s support for Syria’s Kurds was always a fraught proposition.

But, since 2014, the Americans armed and trained the most significant and beloved radical political movement in the Middle East, if not the world.

That’s not to say they were angels, as Donald Trump put it last week. But, there are facets to the society that the Kurdish Democratic Union Party (PYD) built over the last half-decade, in northern Syria, that represented a genuine leap forward for progressive politics.

From women’s emancipation to secularism and statehood, Syria’s left-wing Kurds were an anomaly in both the Middle East and abroad.

That’s why so many socialist youths, and former soldiers from Western armies, joined up with them over the years.

The political innovations attributed to their rise were game-changers. This wasn’t just a tribal uprising amongst illiterate peasants. It was a revolt against neoliberalism as much as it was against the Middle East, with all the facets of historic struggles in the developed world.

The mountain of literature that has amassed concerning the ideological breadth and innovations of PYD politics is significant. Nearly every progressive non-fiction imprint in Europe and the United States has published a title or two – or at least reviewed one. Longstanding UK publisher Pluto boasts some of the most distinguished titles in this regard.

The Kurds are this generation’s Zapatistas. If The Clash were still around, their Turkish-reared singer, Joe Strummer, would very likely have penned songs about them, instead of the Sandinistas. That’s the space Syria’s Kurds occupy. They help define our counterculture, too.

All of these attributes should be enough reason for the West to show meaningful support to the PYD. Not just out of realpolitik, because they offer a military force capable of doing the dirty work typical of colonial armies and mercenaries. But because the politics and values of the territory it has secured are closer to those of Europe and America than other states around the world.

It’s unlikely President Obama understood that when he first committed US forces to support its military wing, the YPG/YPJ, otherwise known as the People’s Protection Units (the YPJ is its women’s fighting force). But for a US leader who stumbled so badly, backing the worst of incumbent regimes in the Middle East, during the Arab Spring, it was, perhaps, the president’s only regional achievement.

Hence, Donald Trump’s continued belittling of his predecessor for his Syria policy. Obama wasn’t just committing more troops to another endless war in the Middle East. He was also backing a group of anti-capitalist revolutionaries fighting the authoritarian politics typical of regional governments, AKA, America’s allies.

If you want to understand why this American government would so brutally move to distance itself from Syria’s Kurds, that is enough of an argument right there. Never mind, of course,  their typically Republican antipathy towards Muslims, and anyone associated with Trump’s much-maligned “shithole countries” of the Global South.

The fact that this shithole, Rojava, the name given to the Kurdish statelet in northern Syria, was so full of left-wing radicals, is enough to give any mainstream American politician a heart attack. That Trump didn’t succeed in disavowing the Kurds earlier is of course astonishing. If only the Americans had given them better weapons to defend themselves – and more of them, too.

But that would really break the rules. What the US did, until now, on behalf of the PYD, was by itself unimaginable. That the Kurds actually cooperated with the US is of course equally astonishing, given the fact that American intervention in the region had only been destructive until now, irrespective of its intermittent help for Iraq’s Kurds, since the first Gulf War.

Indeed, under any other circumstances, the Americans would have made it a priority to destroy the YPG. For this American government, they’re indistinguishable from the Viet Cong.

Donald Trump’s discarding of the Kurds cannot be separated from his migration politics. One of Turkey’s main goals in creating a 35-kilometre security zone inside Syria is to expel the 3.5 million Syrian refugees it hosts to the area.

For the American president, this is, of course, the kind of gesture he would prefer to make to the millions of stateless persons and migrants in America. Hence, the early support of the Turkish initiative shown by Hungary.

The Middle East has always been a place of political experimentation for the West. For the better, as well as the worst. One may only look to far-right support of Israeli politics as one such example. This is the other.

Home to the largest Kurdish diaspora population in Europe, Germany has witnessed numerous demonstrations against the Turkish campaign in Syria.

This journalist followed the Rise Up 4 Rojava demonstration, which took place in Berlin this last Saturday.

The photos included in this article give a good sense of why Syria’s Kurds are perceived as being such a threat – and why they’re worth supporting.