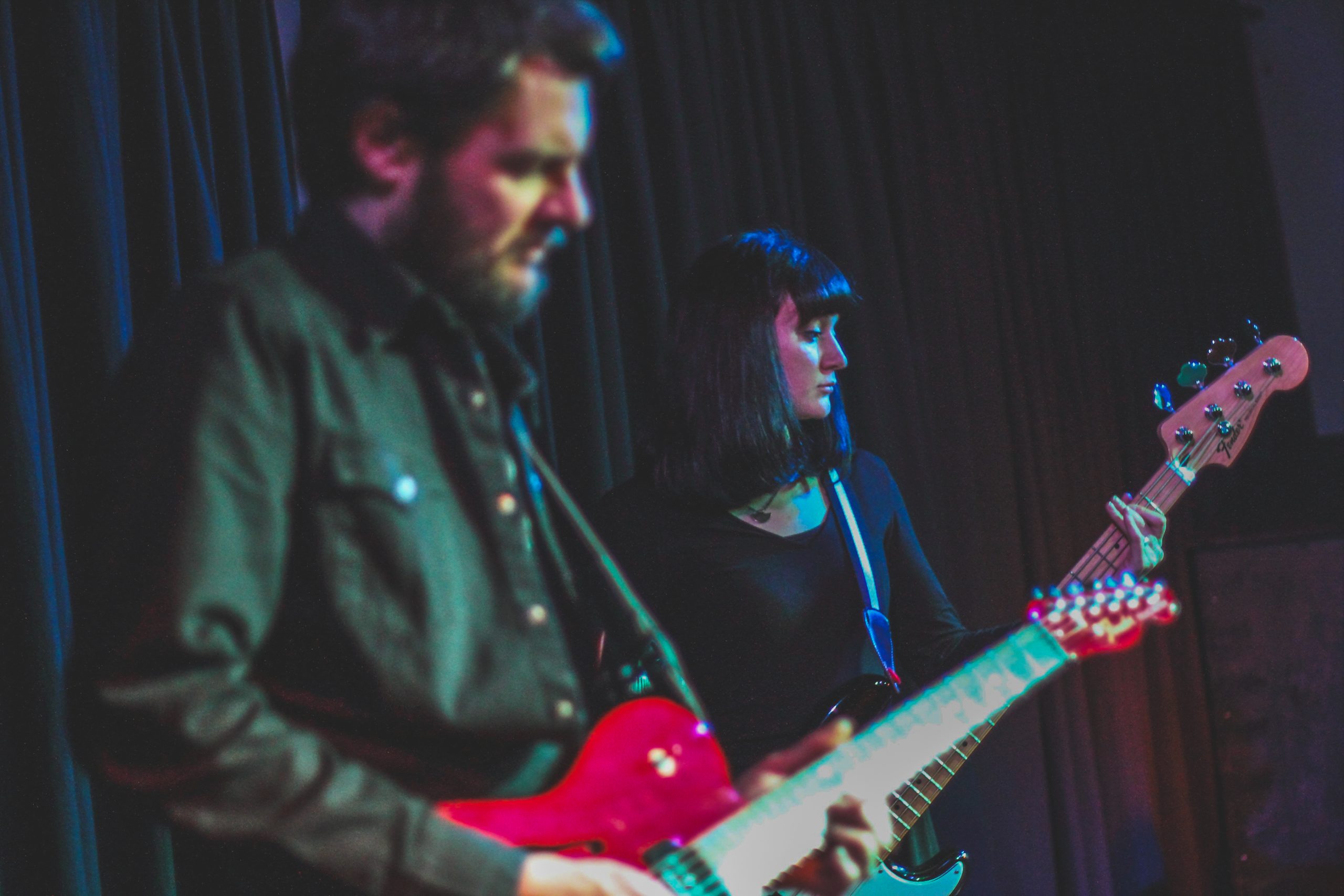 For Burdened and Bright Light will no doubt confuse many listeners accustomed to mainstream popular music.

A-Sun Amissa’s latest album doesn’t really have songs in a conventional sense. The auditory landscaped it constructs takes time to fully establish itself. And the sounds that intrude on Richard Knox’s expressionistic guitar seem more like imperfections than aesthetic embellishments.

Despite all that, For Burdened and Bright Light makes a powerful impact.

For over a century, people have been making fun of art classified as “experimental”. Its makers have been mocked for their pretentiousness, their work dismissed as hopelessly insular. While such critiques are not always misplaced, they are frequently extrapolated into an overarching dismissal of any culture that places demands on its audience.

This problem is particularly acute for experimental musicians, since there are undeniably many works that manage to be accessible without sacrificing their artistic integrity.

Part of the trouble lies with the fact that we struggle to make sense of abstraction. Even today, most museum-goers express scepticism when confronted with the work of Modernists like Picasso and Pollock. That famous put down “I could have painted that” continues to resonate, no matter how much strong the institutional pressure to acknowledge abstraction’s greatness.

It’s different for music, of course. Because the best-known works of Bach, Mozart, and Beethoven are not representational, audiences find it easier to be flexible when listening to new music, provided that they regard it as broadly “classical.” When you throw in an electric guitar, though, this open-mindedness rapidly disappears.

Songs without words, songs without melodies, songs that don’t even feel like songs: these raise the ire of even devoted music lovers, who wonder what function they serve. If they can’t get your ass in motion, how can they move your mind?

This is what makes For Burdened and Bright Light so important. Without providing any of the scaffolding that most people still expect in works centred on electric guitar, it still manages to be as visceral as it is cerebral. Yet, to the extent that its lack of obvious structure is perceptible, the message it communicates is surprisingly accessible.

As the product of a British artist with strong ties to the continent, as evidenced by the artists Knox has released on his excellent Gizeh label, the album feels like a document of disintegration, its beauty fractured and dispersed because of outside pressures rather than internal logic.

To be sure, if you are familiar with Knox’s earlier work under the A-Sun Amissa moniker or his other projects Glissando and Shield Patterns, you might think that For Burdened and Bright Light simply amplifies his longstanding aesthetic preoccupations. And, in one sense, it does.

But if you listen closely, you can also detect subtle changes that mark the new record as a distinctly post-Brexit statement.

If the moody soundscapes that London’s Burial started putting together fifteen years ago testified to the existential despair lurking just around the corner in New Labour’s UK, For Burdened and Bright Light mourns the fact that it is now front and centre.

What good is abstraction in a world where neoliberalism continues to wreak unprecedented havoc by reducing differences to equivalence? Wouldn’t it be a better use of our time to concentrate our energy on culture that confronts this state of affairs less obliquely?

Yes, this album provides a refuge from a world that we are all too willing to leave behind, at least temporarily. That can make the experience of it feel like escapism.

In a world where the experience of music tends to be increasingly anti-social, however, with most listeners cut off from each other by the headphones they wear in public, A-Sun Amissa’s very refusal to make work that is immediately accessible actually starts to seem like the opposite of artistic insularity.

Because the meaning of For Burdened and Bright Light is not immediately apparent. And because it invites a wide variety of responses and reflections. It has the power to make listeners want to communicate with each other about it, thereby breaking the prison of self-referential experimental art.

From this perspective, the demands For Burdened and Bright Light places on its audience are precisely what makes it most political.

Photograph courtesy of Wikimedia. Published under a Creative Commons license.