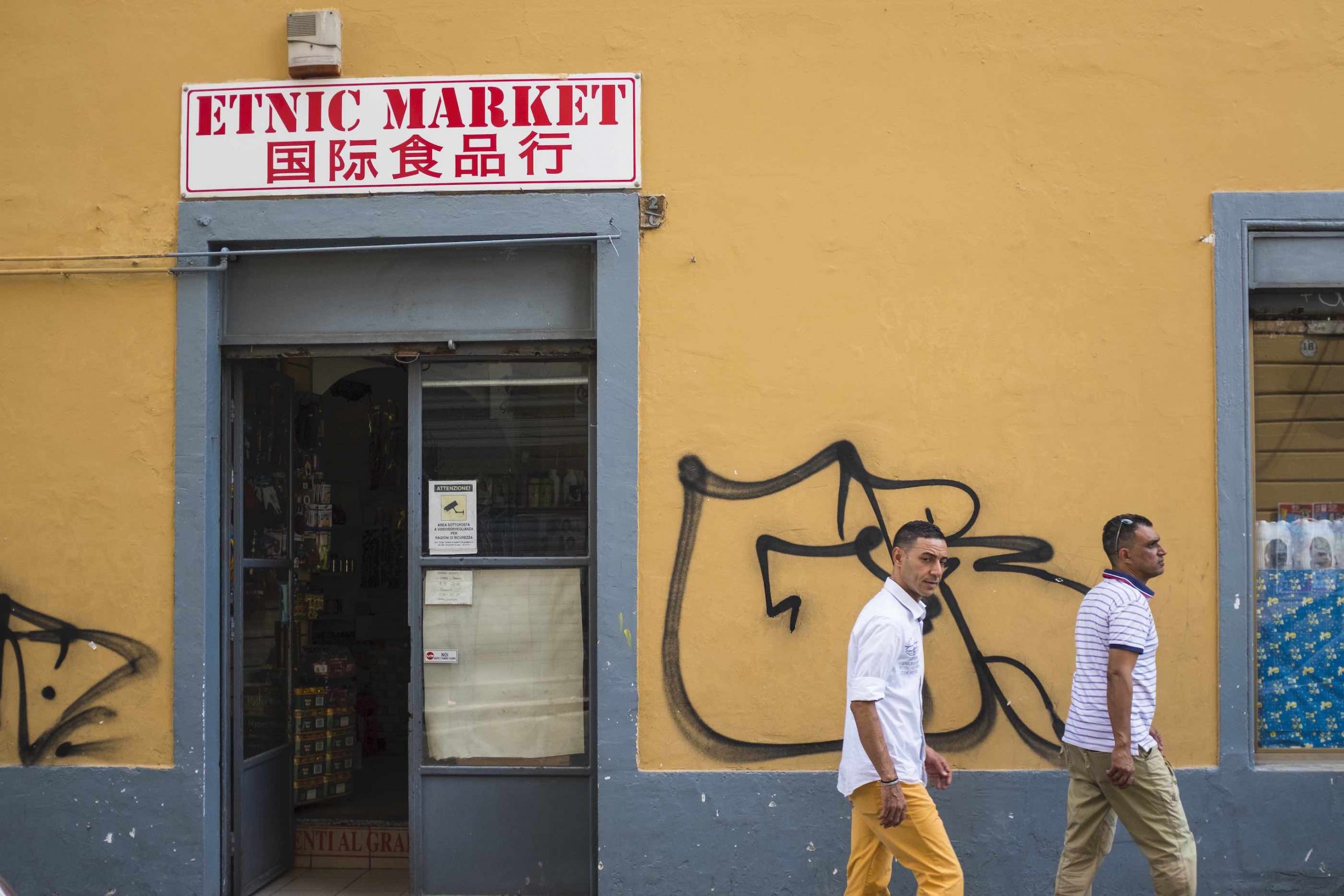 “You’re giving the wrong impression of Berlin,” the email read. “It’s in Germany, not Iraq.” So read the umpteenth message I’d received that day from readers of Reddit Berlin, one of the most highly used social media forums about the city, in English. It was one of the kinder notes I received.

The emails were in response to a link I’d posted of one of my photos, of a group of Arab women in hijab, waiting for the number 8 train at Kotbusser Tor, in the heart of Kreuzberg, a heavily Turkish borough in the German capital. It was right after the race riots in Chemnitz, in August 2018, and social media was rife with ethnic tension.

“Why can’t you document the diversity of another neighbourhood, like Charlottenburg?” another letter asked. “There are a lot of people of French and Scandinavian origin there, as well as other parts of Germany.”

If you wanted a sample of racist activism in social media, it didn’t get any better than this.

The correspondence bespoke a desire for ethnic cleansing, symbolically. Even though there was no way the people who wrote these notes could do that, they could at least stage their purging online.

The emails continued throughout the day. Normally reticent to return them, I decided to engage my interlocutors for a change, and take in the details of their thinking. Some pretended to be reasonable, only to lose their temper later, denouncing me for being a typically subversive Jew and communist. Others pretended to be more cultured, and just deride me for not understanding Germany. The message was always the same: I was misrepresenting Germany.

For anyone who lives in big European cities like Berlin, diversity is the norm. It’s not uncommon to hear at least five languages in a day. Africans, Arabs and Asians are as common as ethnic Europeans. It’s not new, either. This diversity has been common to Europe’s capitals for several decades. The only difference is the country. Former colonial states like Belgium, France and the United Kingdom have played home to it the longest.

The issue is how to represent diversity. In the case of Germany, it’s newer. Though home to Turkish guest workers since the 1960s, the recent waves of Arab refugee migration to Berlin have reinforced its Levantine character to a level competitive with London and Paris. For a person of Middle Eastern background, the authenticity of this new public sphere can be remarkable. Sometimes, it can feel indistinguishable from the Occupied Palestinian Territories, or Arab cities in Israel.

Because of the Holocaust, one can’t help but want to document this new Germany, in all of its cultural complexity. As a journalist, that’s my instinct. Sharing it is another matter. Living in a migrant bubble, one often forgets that for everything we might appreciate about this Germany, the country’s far-right see the same things and are furious. Hence the emails I received that day, about my photograph. It was as though I had been taunting them.

Working in Turin the last decade has helped clarify these things. Historically a destination of internal migration, of Italians from the south seeking to work in the city’s legendary automobile plants, over the last two decades, immigrants from Africa, Asia, the Balkans and the Middle East have been added to the mix, creating a cosmopolitan public sphere similar to that of Berlin. Every visit to Turin is a confirmation of this continuity.

Like my home city, Turin has not had the best of economies. In the process of trying to regenerate itself as a post-industrial centre, focused on high-tech and its universities, poverty tends to be equally visible as in Germany, both amongst indigenous Italians and internationals. Particularly in the northern parts of the city, starting with its historic Porta Palazzo area, the largest open-air market in Europe. I shoot there frequently.

Few areas in Italy are as representative of the demographic changes the country is going through more than northern Turin. From Moroccans to Syrians, Central Africans to Chinese, to Pakistanis and Roma, its residents bears no resemblance to the Eat Pray Love Italians of yore.  Julia Roberts would feel very out of place. But, for foreigners like myself, of Italian descent (my paternal great-grandfather’s family hailed from Venice) it’s a reassuring reminder minorities like me are a part of Italian history.

The reasons why this is not acknowledged is what you’d expect. As Tony Judt explained in his seminal history of post-war Europe, the not so coincidentally titled Postwar, the ethnic cleansing of Western Europe led by the Nazis left a decidedly homogeneous, white civilization behind. That’s what the Europe populists seek to reclaim, he explained, not the Europe that preceded Hitler. Affirming today’s diversity is a rebuke of the Holocaust and the Europe it created.

The billboard above, affixed to the wall of the Rathaus Neukölln U-Bahn station, is a case in point. A military recruiting advert in a heavily Muslim area, it offers career development opportunities through the armed forces. Though Muslims serve in the German military and have for a while now, it’s still something of a surprise to see such explicit efforts to reach out to the residents of a neighbourhood like this.

The reason is Germany’s continued participation in NATO-led operations in the region – Iraq and Afghanistan, in particular. Though this same advert can be seen throughout the country, I could not help but think about how it might be misinterpreted by my neighbours. The Bundeswehr would surely benefit from greater ethnic diversity. But perhaps there are some wars Germany’s minorities should be left out of.

While there is deniability built into the advert – no minorities are addressed – location is everything. Hence, the importance of recognising diversity and treating it as such. God forbid an ethnic Arab would see this as an indirect means of deportation.

The inclusion of the hijab-wearing person in the photo helps underline that.