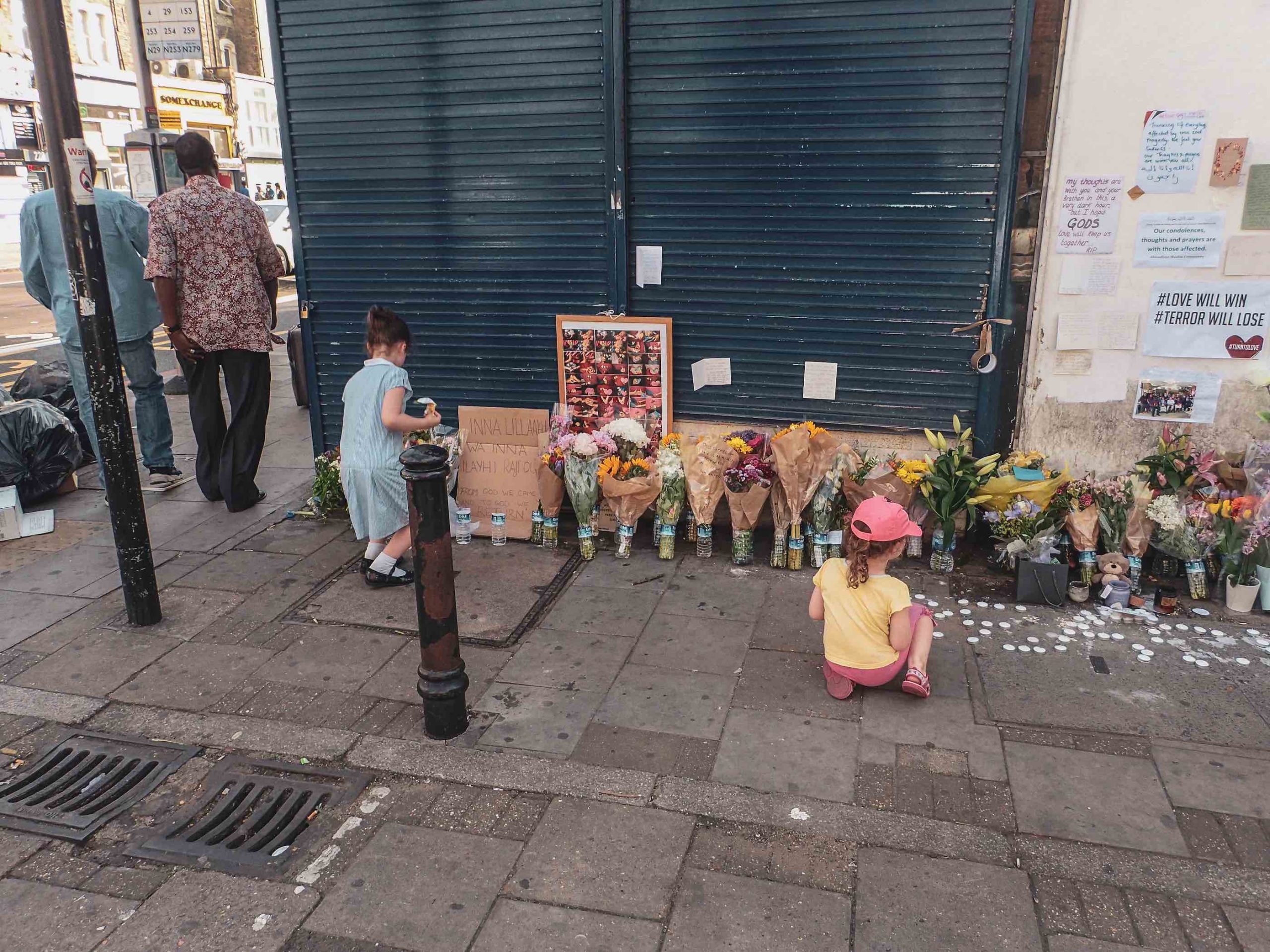 North London for Everyone

Haringey Green Lanes is not a long way from Westminster. It’s less than an hour’s drive. But it might as well take several hours.

As one of the longest roads in London, Green Lanes cuts across the city from Newington Green to Winchmore Hill. The North London boroughs of Haringey, Hackney and Islington intersect where Green Lanes reaches Finsbury Park. This is Remain Central.

Gadz Café tells a different story. The walls are adorned with portraits of Elvis Presley, Michael Jackson and Jeremy Corbyn. Its owner, Hussein Jabar, set up the coffee shop in Clifton Terrace after he moved to London from Beirut two decades ago.

“I have known Jeremy for 10 years and even though he’s got more power he hasn’t changed,” Jabar said. “We share similar values.”

“He has come to the restaurant previously and offered to do the dishes after he has eaten,” he said. “His leadership campaign in 2015 started with a meeting here.”

Not only is the café one of the favourite haunts of the Labour leader, the coffee shop has renamed his dish of choice ‘the Jeremy Corbyn meal’. But this is a far cry from the image of posh North London.

We’re told falafel bars are just for the metropolitan middle-class. The Gadz menu is very affordable, the décor is simple and the owner does most of the work himself. It’s a small, modest coffee house with a working-class customer base.

Tucked behind Finsbury Park tube station, the café has a steady stream of customers getting off buses – either locals on a commute or others who are just passing through the area. It’s convenient, friendly and cheap.

A friend asked Hussein what he thought of Corbyn’s chances during the 2016 Labour leadership election. “It doesn’t matter,” Jabar said, adding, “We must fight with him until the end”. You can’t buy solidarity like this.

Working-class diversity is real in London. It’s a fact of life, but the traditional media will only talk about the ‘white’ working-class and its supposed anxieties about immigration and multiculturalism. The picture on the ground in London is very different.

There’s a reason why London is a mostly Labour city. It’s not that the city is populated entirely by middle-class liberals, though the housing crisis has pushed a lot of young professionals into left-wing politics in the last decade.

The housing market and the public spending cuts has hit all but the richest Londoners. It’s made getting treatment on the NHS much harder, while every year public transport gets more expensive, rents go up and wages continue to flat-line.

It’s no wonder that so many Londoners concluded the EU was worth defending as a way of constraining Tory policy (whether it actually did so is another matter). At the same time, the EU was a convenient and affordable place to visit.

Freedom of movement is much more viable if you can get to St Pancras in 30 minutes than if you live in Burnley. The Eurostar is often cheaper than most train tickets to places in the UK, even some flights are cheaper than British train tickets.

When it comes to class, North London is synonymous with the elites. It’s worth asking why this is the case. It’s undeniable that there are some very rich people living in Islington, but it’s not the only side of the story.

The London borough with the highest poverty level is Tower Hamlets at 39%, by comparison, Hackney is at 36%, Islington and Haringey (both at 34%) are not far behind. Even Lewisham and Barking and Dagenham have less poverty.

Incidentally, Bromley and Richmond-upon-Thames are the two boroughs with the lowest level of poverty in the city – just 15%. If this doesn’t put things in perspective, nothing will. And yet we never hear about the South-West London elite.

Instead, the populist language always circles around North London and, particularly, areas like Stoke Newington, Hampstead and Islington. It’s not a coincidence that these areas were also where London’s Jewish community used to be based.

Former Labour leader Ed Miliband was constantly mocked for being from Hampstead, though his critics were always careful not to directly mention his Jewish background – even when calling his late father a ‘traitor’.

The London liberal left has a strong tendency to see the EU as the repository of progressive ideals: open borders, multiculturalism and post-war peacetime. The socialist left is more divided on this question and more critical, but still largely pro-European for strategic reasons.

Ironically, this is the common ground the North London left has had with the Labour establishment. We’ve seen this on the front line of political struggle in Haringey, where most Labour activists are avidly pro-European, pro-migrant and anti-austerity – the latter point is where the contention lies.

There are good reasons why the Labour Council in Haringey has become a site of struggle. For example, the council closed a number of homeless shelters in the area and exacerbated the local crisis of rough sleeping.

Meanwhile, the very same council has sold 600 council houses from 2011 to 2018 and built zero new houses in that time. Something had to give. It was inevitable.

Things finally came to a head when the council approved plans to completely transform the demographics in the area in one fell swoop. The Housing Development Vehicle (HDV) was created to privatise £2 billion worth of public assets, including libraries, clinics and social housing.

At the time, the Labour left – and Momentum in particular – mobilised and soon formed the opposition to the HDV plan by putting forward its own candidates for the council. The result was a dramatic shift away from the Blairite consensus in Haringey Council.

“The HDV was not in any manifesto and yet you have pursued it through a covert and incremental approach, duping fellow councillors who sat on the Future of Housing Review about the sheer size and scale of the plans,” said Stuart McNamara, Labour councillor.

When confronted Claire Kober, who led the right-wing council, was defiant. She actually quoted Labour leader Neil Kinnock in his attack on the Liverpool Militant council back in the 1980s. “You cannot play politics with people’s jobs and with people’s services,” she said.

Of course, the HDV would have taken the gentrification already underway in Haringey to its conclusion. Fancy apartment blocks are rising up on the horizon, getting ever closer to Green Lanes, while a host of new businesses has taken hold on the street with names like Simply Organique, Brouhaha, Poison and #Hashtag Fish & Chips.

Every year or so, the Turkish-Kurdish restaurants on Green Lanes renovate and this helps drive up property value in the area and attract more capital to Haringey. Yet this process is exactly what will end up pricing out most poor people in the end.

Fortunately, the Labour left won its struggle with the right in Haringey. However, the London property bubble is a threat to community and dignified life in the capital.

So if Momentum activists can’t win nationally, there won’t be much left to defend – Brexit or no Brexit.