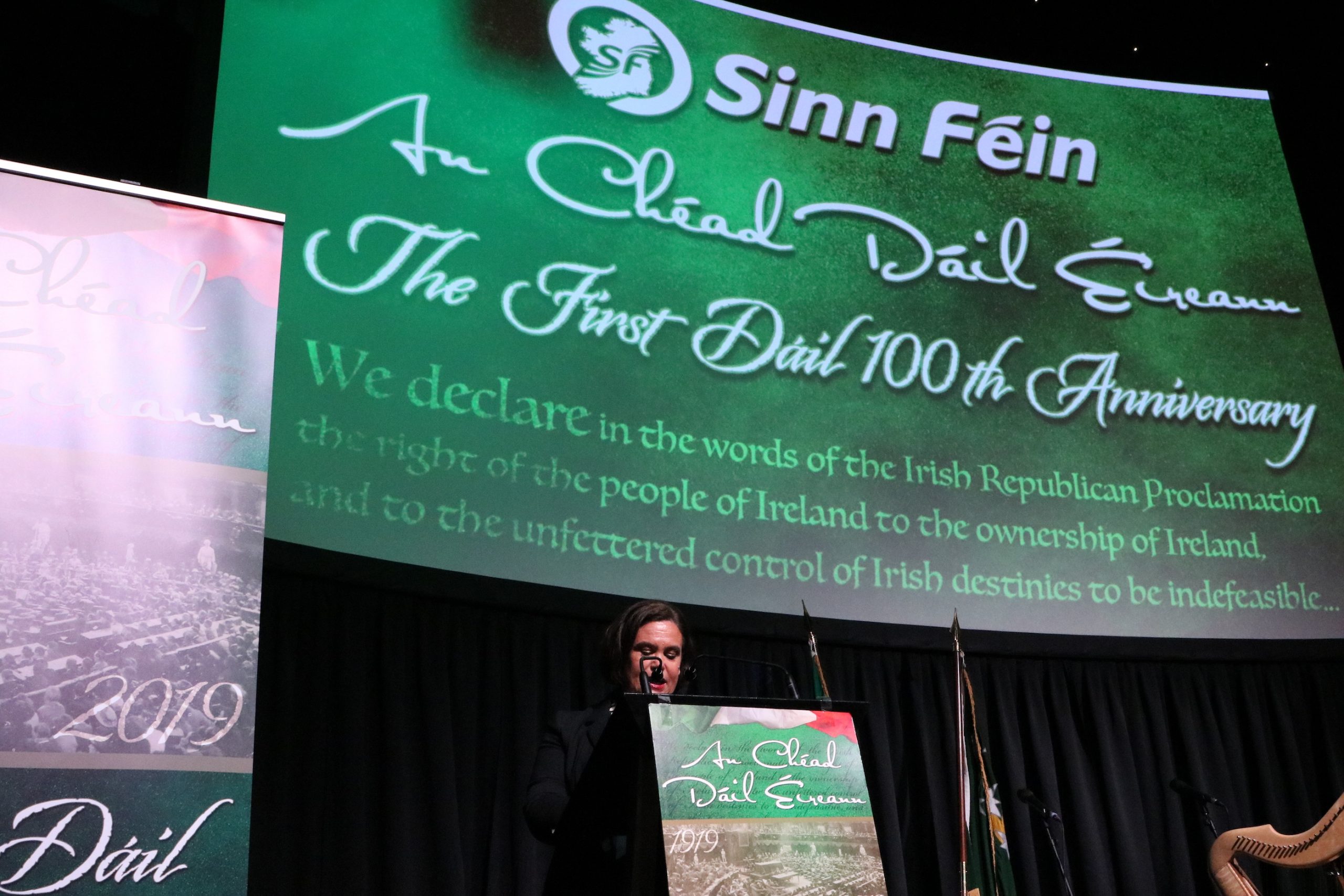 Boris Johnson is content with a no-deal Brexit. As a result, Ireland’s most notable nationalist party, Sinn Féin, has redoubled its call for a referendum on unification.

A hard border between the Irelands would, the party says, wreck the island’s economy and dismantle the accords that have enabled peace for two decades.

The division would also be wholly undemocratic: the Republic of Ireland never got a say in this.

Northern Ireland voted clearly to remain in the European Union. And a majority of Northern Irish legislators insist that any Brexit deal must avoid a hard border.

But it’s not just the nationalists toying with the idea.

Irish Taoiseach (Prime Minister) Leo Varadkar said, “If Britain takes Northern Ireland out of the European Union against the wishes of the majority of people in Northern Ireland – takes away their European citizenship and undermines the Good Friday Agreement – in doing so, those questions will arise, whether we like it or not.”

This still hasn’t made Varadkar the next James Connolly – his opposition blasted his failure to make practical arrangements for this eventuality.

Unionists and moderates are against the unification rabble, saying that nationalists are exploiting the impending Brexit crisis to push an agenda. Democratic Unionist Party chief Arlene Foster said she would move abroad if the Republic absorbed the North.

That’s rich stuff coming from the unionists. The DUP is part of the ruling government in the UK that, along with hardline Tories, have thrust this dilemma onto the two Irelands. To complain that the Irish people are responding is like a mugger calling the police because his victim had the gall to defend himself.

So one must ask: is unification of the two Irelands a just solution?

For nationalists, it’s an unquestionable yes. The former colony has only been partially liberated from the British Empire (imagine if the Union to this day somehow included Kerala or upstate New York).

Unionists identify as subjects of the Crown. Even though Varadkar has accepted that Sinn Fein’s call could come to fruition he’s indicated the poll would be “divisive” and some fear one Ireland would be unfair to those in the north who would consider themselves disenfranchised people in a new country.

But the crisis on the ground in Northern Ireland can’t be overstated.

In Johnson’s first question time as prime minister, Labour MP Yvette Cooper fumed that she could get no answer as to what physical plans the UK had for the Ireland/Northern Ireland border.

In addition to the threat of a hard border intensifying sectarian violence, all of the UK wonders about food and medicine shortages, and the chaos of ending free movement for EU citizens.

Worse – and this isn’t always recognised in the press outside of the UK and Ireland – Northern Ireland suffers from a separate, internal political crisis.

So this is life for a resident of Northern Ireland in the event of no-deal: a threat of violence hovering over a chaotic central government in London and practically no local executive at home.

The only extremist position out there now is defending such possible anarchy because, as DUP MP Nigel Dodds put it, “the Union comes first”.

A referendum and a united Ireland could be fair for everyone if Ireland can maintain a future that is secular, where all its people have equal access to rights and resources, regardless of their identity.

This seems like quaint universalism, but it is a needed corrective to a world full of Trumps, Modis and Netanyahus.

The way forward to accommodate all the nation’s people is to pursue what post-colonial justice should look like. A liberated state must be secular, democratic and integrated with the rest of Europe.

Ireland can rise to this challenge. It is a democratic republic with no state religion, while the UK has a monarch who also leads England’s established church.

Unlike fellow EU members France, Spain, Portugal or Belgium, Ireland is not a former empire but a surviving victim of an imperial EU member state that is on its way out.

A former colony cleaning up the mess of its arrogant former empire isn’t just poetic justice, but a light forward for how Europe and the world can recover from the current trends of nationalism, provincialism and xenophobia.

All of Britain’s former colonies have had to grapple with the prospect of making all of its peoples equal, even the descendants of settlers.

Some have done better than others.

If a unification vote happened, and unification chosen and enacted, Ireland would have a chance to be a model for progress in a reactionary age.