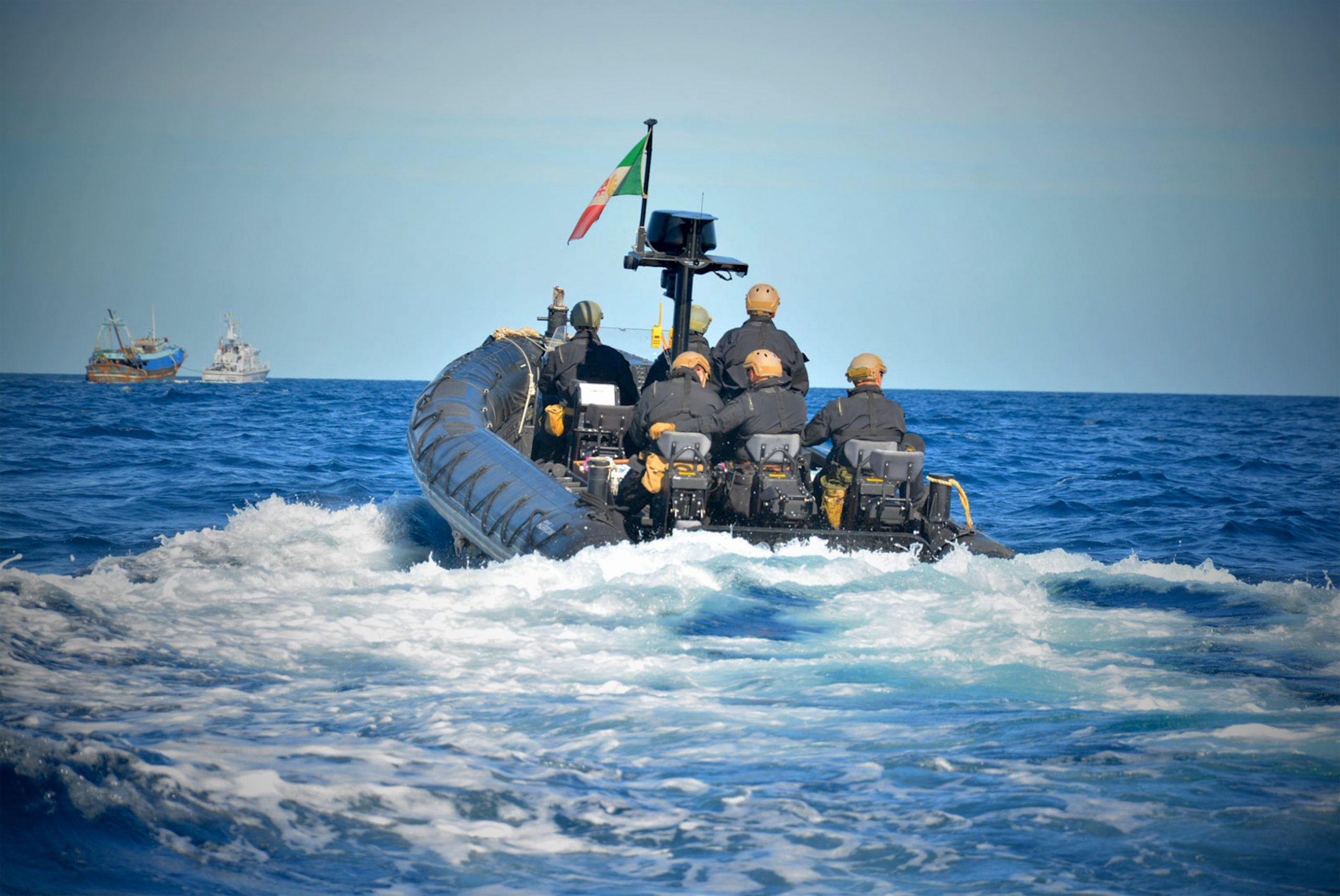 The Sea Has No King

Picture this: You are the captain of an NGO rescue ship that has been stranded at sea for weeks awaiting permission to dock at the nearest port.

Aboard you have 42 refugees whom your crew has rescued at sea, many of them now in deteriorating health. Finally, in despair, you decide to enter the port without permission.

When you do you are arrested. No surprises so far.

But then you are faced with the results of the two-week campaign of attacks waged against you by a senior politician, who calls you “a pirate”, “an outlaw”, “a people smuggler”, “a showoff”, “a rich Communist”, “a pain in the arse”, “a delinquent” and “a tic”.

On TV and via social media he continues to attack following your arrest. You receive abuse and death threats from his supporters and the NGO you work for has to make arrangements for your security and that of its trustees.

What do you do?

If you are Captain Carola Rackete and Sea-Watch, you push back.

Not just against the boat trying to block your path to the harbour but also through the courts, by way of a criminal defamation suit.

Italian law defines criminal defamation as injuring the reputation of another while communicating with a third party.

Importantly, and in contrast to many other jurisdictions, in Italy, the statements complained about do not have to be false to be defamatory.

This has created endless problems for Italian journalists who have often been hit by frivolous lawsuits, and in a few notable cases imprisoned for articles that would elsewhere in Europe not be considered defamatory.

But now the shoe is on the other foot as Rackete pushes back against a vociferous, personal attack; the type of which has become a hallmark of the new breed of far-right leaders in the West.

As Milan-based lawyer and journalist Janna Brancolini points out:

“Italian courts must consider the work’s truth, social utility and ‘restraint,’ meaning the information must be expressed in a civilised way that does not ‘violate the minimum dignity to which any human being is entitled’. For expression of opinions and value judgments, which are neither objectively true nor false, the criticism cannot go so far as to ‘publicly humiliate’ the subject.”

All of which suggests that Rackete’s complaint falls squarely within the perimeters of Italian criminal defamation. Lawyers for Rackete have lodged a complaint for aggravated defamation and incitement to criminal activity against Salvini.

In her complaint, Rackete states:

“The statements made through the different channels, far from being manifestations of a legitimate right to express criticism, have been gratuitous and defamatory acts of aggression, made in a threatening tone, directly and indirectly.”

“Salvini’s words convey visceral feelings of hatred, denigration and belittling, up to the point of complete dehumanisation. Salvini’s defamatory statements are the instrument of a message of hate that engenders, on the one hand, the commission of new crimes of defamation against me, and, in addition, exposes me to the dangers of physical attacks.”

Among the remedies sought, the complaint asks the court to seize Salvini’s social media accounts. Her lawyer, Alessandro Gamberini, points out that social media is one of his main forms of communication, with many of Salvini’s followers echoing his words.

Asked about whether he is protected by parliamentary immunity, Gamberini asserts that Salvini’s attacks on Rackete are not commensurate with his ministerial responsibilities. Their purpose, he explains, is solely to stoke resentment among his followers. Thus, according to Gamberini, Salvini can’t invoke executive immunity in his defence.

Still, the deputy premier does not appear overly concerned with legal complaints filed by the Sea-Watch captain:

“She breaks laws and attacks Italian military vessels, and then she sues me. I’m not afraid of the Mafia, let alone a rich and spoilt communist!” Salvini opined.

The investigating prosecutor now has six months to conduct an inquiry after which, if he concludes there is a case to answer, Salvini must file a defence within 20 days.

According to one of Rackete’s lawyers, Salvatore Tesoriero, the investigating prosecutor could respond to the submission seeking a freezing of Salvini’s social media accounts within the next month or two.

In the meantime, an investigation has been opened into the remarks Salvini made about Judge Alessandra Vella, who freed Rackete, declaring that entering the Sicilian harbour was not illegal under the international Law of the Sea, nor Italian domestic law.

Following the verdict, Salvini labelled the decision political, stating that the judge was “unwilling to follow the law”.

ANSA reports that an envelope containing a bullet was subsequently sent to Vella while Agrigento’s Chief Prosecutor, Luigi Patronaggio, received an envelope containing gun powder. Both have been dealing with prominent refugee and mafia cases, and it was unclear whether the correspondence was directly related to the Sea-Watch case. Their timing, however, has led many Italian critics to assume otherwise.

Carola Rackete is still under investigation for human trafficking, the charge of which can be made out if there is evidence of contact between human traffickers operating in Libya and Sea-Watch.

The allegation is not that NGOs like Sea-Watch engage in human trafficking for profit but whether they have contact with traffickers and through them find migrants in distress, in effect, aiding trafficking.

The other charge under investigation concerns Sea-Watch’s alleged failure to comply with a ministerial order.

The larger problem is the public consensus, in Italy, created by Matteo Salvini, about their work, which he has cultivated through social media.

Italy’s deputy premier might be ruled wrong in the eyes of the law, but he has the tacit approval of many Italians who feel let down by past promises of burden-sharing from the EU which came to nothing.

Never mind that a more equitable distribution of refugees, which would have alleviated Italy’s burden, has been repeatedly blocked by Central European member states allied with Matteo Salvini, such as Hungary and Poland.

At the very least, a positive outcome for Rackete might set a precedent in moderating the increasingly personal attacks of far-right politicians on their opponents, using social media.

However, impending legislation, which penalises NGOs like Sea-Watch, for rescuing migrants, could roll back whatever breakthroughs the German leftist may have secured until now.

This week, Italian legislators granted initial approval for a new Salvini-authored security decree, which raises the fine for entering Italian waters without authorisation from 50,000 to 1 million euros.

The decree is a direct response to Sea-Watch’s successful fundraising campaign which netted more than a million euros within hours of launching an appeal following Rackete’s arrest and the impounding of the Sea-Watch 3.