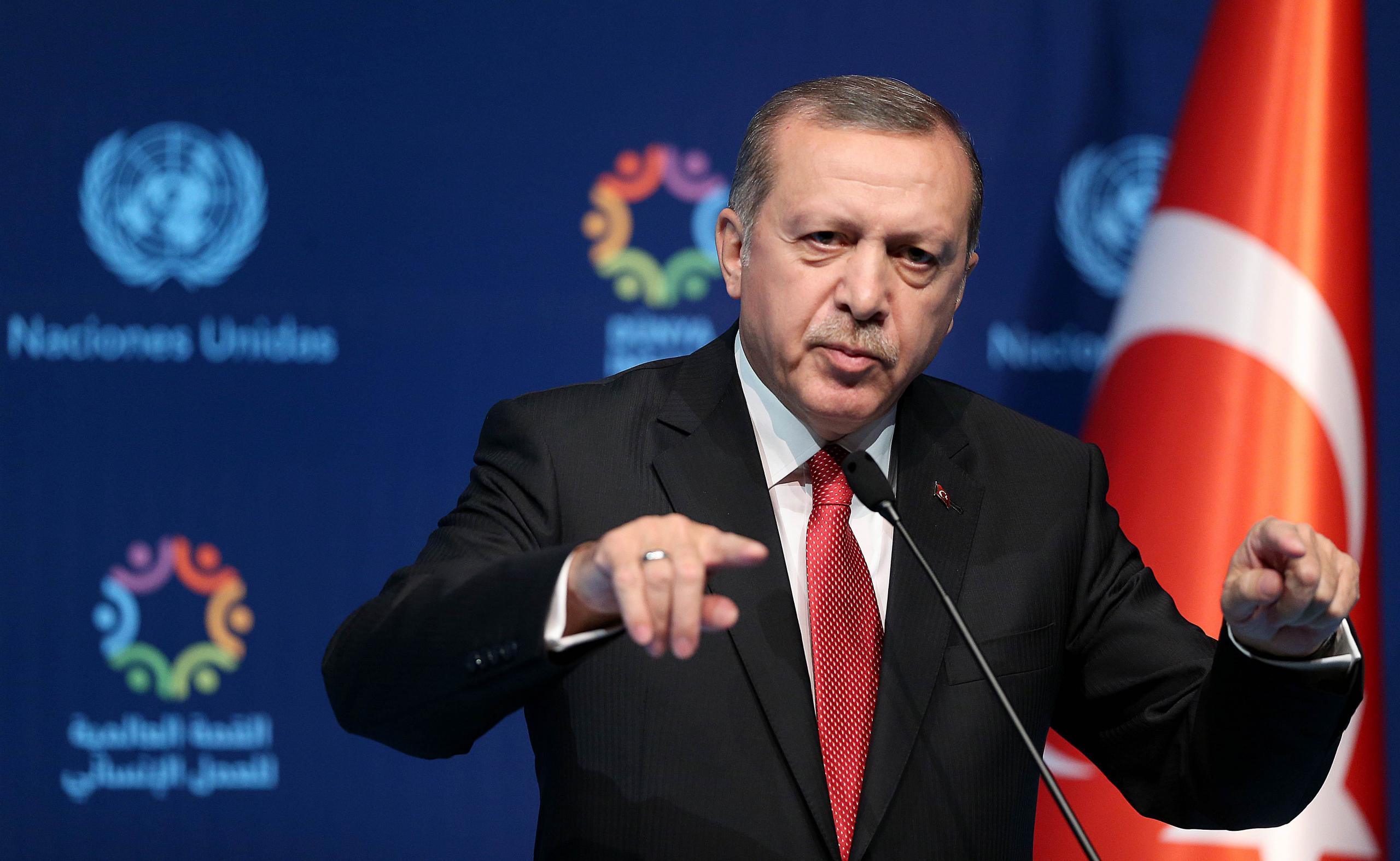 The View From Above

I could see Istanbul from the plane. Staring out of the Cessna window at the sprawling city below, from the coastline to the horizon, it was hard to believe that there was anything else to Turkey.

“That’s the future of Europe. And the Middle East,” quipped an Israeli official seated beside me.”There’s so much going on there right now, in the coming decades, it will be impossible to avoid doing business with them.”

That business, of course, was not just economic. He meant diplomatic and military, as well.

Few could have predicted the transformation of Istanbul Mayor Recep Tayyip Erdoğan into an Islamist Ataturk, trying to reboot Ottomanism and putting half the country in jail. Or Turkey’s 2017 invasion of northern Syria.

For Israel, perhaps more than any other former member of Turkey’s former Ottoman Empire, the writing was more clearly on the wall than it was for others — except, maybe, Germany.

Then a military ally, Israeli fighters used the country as a base for training and surveillance of neighbouring Iran. The officials I was travelling with were en route to discuss transporting water from the Euphrates, via tanker, to Israel.

The negotiations were a sign of a more optimistic era, a full two decades before the current warming of relations between Israel and its Gulf State neighbours, united in their opposition to Iran.

Turkey was our Saudi Arabia then, offering Israel opportunities for regional partnership with a Muslim state, and a convenient base for operations against Tehran, who, like today, was using Lebanon, instead of Syria, as a border.

9/11 hadn’t happened yet, and neither had the Al-Aksa Intifada. Though Turkey was not a participant in the peace process, there was no doubt that the warming relations between the two countries were impacted by it and would also grow cold as a partial consequence of its failure.

“Whatever happened to the Kurds?” I asked my father, who I was accompanying on this trip, for the day, from Tel Aviv.

A maritime transport expert, fluent in Arabic, who spoke passable Turkish, this was one of several assignments he had been given like this, in the 1990s, by successive Labour governments — in this case, led by Ehud Barak.

“Don’t make mention of that when we’re on the ground,” he said. “This is a different era, and we don’t want to bring up any unpleasantness,” Elie cautioned me.

Israel had armed Kurdish separatists, starting in the mid-1960s, helping pave the way for what became a number of regional guerrilla organisations, leading to the Kurdistan Workers Party, best known as the PKK.

The then-Turkish government, led by Bulent Ecevit’s Democratic Left Party (DSP), had just been reelected two months before, buoyed by the capture of PKK chief Abdullah Ocalan, forming a coalition government with the Nationalist Movement Party (MHP), who again run the country today, as partners with Erdoğan’s Justice and Development Party (AKP).

The silence requested was noteworthy. I was just a PhD student, home for the summer from North America. But because this was a government delegation, the expectation was that we’d be under surveillance.

The hints of today’s Turkey, twenty years later, are obvious. My father’s fear of being monitored, though warranted of anyone on government business abroad, anywhere, were an echo of today’s tense security state, following the 2016 coup attempt.

Reigniting the civil war with the country’s Kurdish population, one of Recep Tayyip Erdoğan’s first responses that followed was to launch a new counterinsurgency campaign against the PKK, devastating cities in Kurdish areas, and jailing members of the Kurdish-led Peoples’ Democratic Party (HDP), which had polled beyond expectation in the country’s 2015 general elections.

My father’s request for silence, in hindsight, was my entry into this continuum of conflict, which proceeds to this day, under the auspices of what one might dub Erodgan’s Islamo-populism, replete with all the usual us vs them, people-vs-the-elites trappings. The elites, of course, being the left, and the West.

The continuity between then and now has its gaps, though. The idea that Israeli officials, like the ones I travelled to Istanbul with, would be making such commutes, to negotiate huge, strategically sensitive contacts, are a no-go. The new normal, as has been the case for the last decade is conflict, not trade.

Since Israel’s disastrous raid on the Gaza flotilla in 2010, which killed nine Turks, Recep Tayyip Erdoğan has turned into one of the Palestinians only regional champions, alongside Iran. And tensions continue to rise between Jerusalem and Ankara over Cyprus’ gas fields, which Israel helped develop.

If I were to make the same kind of trip today, it would be to Greece, which has largely replaced Turkey as Israel’s most significant and powerful ally in the Mediterranean. From deepening commercial ties to military training exercises, it’s all there.

As much as regional integration, anywhere in the Mediterranean, is a good thing for Israel, particularly through Greece, there’s something missing with Turkey being absent from the occasion. My perspective is entirely personal. Turkey is more the Middle East than Greece, even though both are also European.

It’s something that Jews of Mediterranean origin particularly feel, including from Greece, who were often Sephardic, of Turkish background. My paternal grandmother and great-grandparents, though Palestinian, were Turkish subjects, and spoke the language. My father’s Turkish was passed down.

Even though it was just a municipal poll, Ekrem Imamoglu’s victory in Saturday’s Istanbul election brought me back to this same moment, nearly twenty years ago to the day. Securing a crushing defeat over Erdoğan’s AKP party, and its mayoral candidate, Binali Yildrim, I was reminded of what might have been if Erdogan had not run Turkey so long.

Supported by a broad coalition of parties, including the Kurdish HDP, Imamoglu’s own Kemalist CHP party took 54% of the vote, while the AKP only secured 45%, astonishing observers, who assumed that the poll — an Erdoğan rerun of the March mayoral vote also won by Imamoglu — would secure an AKP win.

The exact opposite proved to be true, confounding sceptics who predicted this vote would be rigged and bring about the government’s preferred leadership. Even if it was, the numbers were likely too great to pretend what the real result was.

While the international press has celebrated the result as the beginning of the end of Recep Tayyip Erdoğan, belying my regional roots, I’m a bit less sanguine. And a bit less focused on the defeat being just about Turkey.

Few world leaders have come to epitomise the excesses of populism more than Erdoğan. That fact that he could reinvent it, before it had become as widespread in central and eastern Europe, in Middle Eastern vernacular, was the first proof the virus was global, long before Trump and Bolsonaro got elected.

The fact that it is Middle Eastern, as well as European, gives me hope that the other regional populist despot, my own premier, Benjamin Netanyahu, will one day, finally be voted out of office, too. In spite of, I might add, his own voter suppression tactics, such as installing cameras in voting booths in Arab majority areas.

That’s the only way I can rationalise the possibility of taking another such trip to Turkey, with Israeli government officials like my father and his colleagues, in the future. Hopefully, as Imamoglu’s victory indicated, I won’t have to shut up about the Kurds, either.

Not that I’d ever get invited again. My father passed away in 2015. But you get the idea.