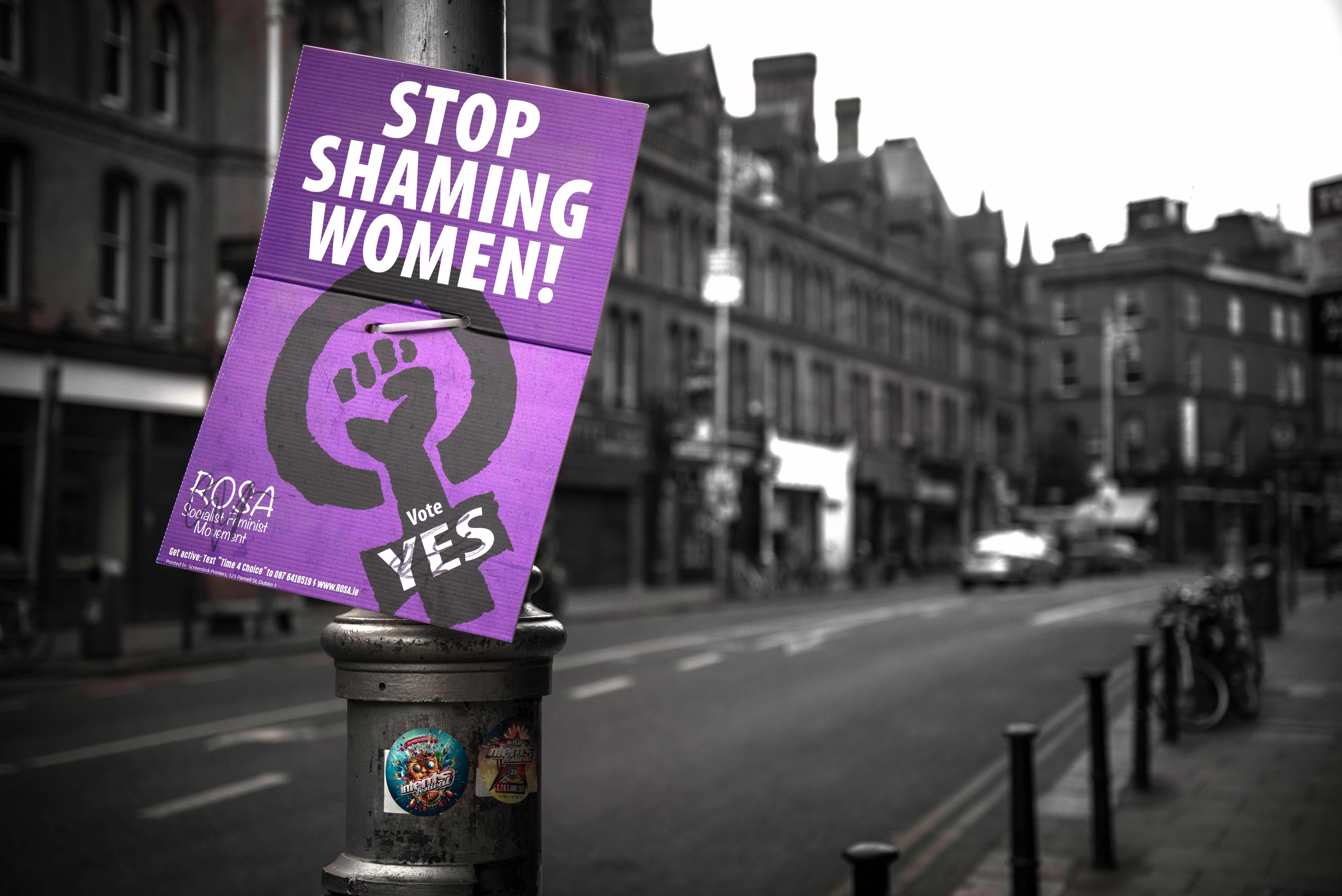 After the EU Elections

Those that don’t follow rugby, or don’t live in Australia may perhaps have missed the affair surround comments posted by Waratahs and Australia star player Israel Folau on social media.

Folau expressed the view that homosexuals (along with drunks, fornicators, and a number of other categories) would be hell-bound if they did not repent.

The comments, which eventually resulted in Folau’s sacking by both the Waratahs and Rugby Australia, brought forth a wide range of responses. Those in Ireland were some of the more interesting.

In the wake of Folau’s posts, a number of prominent Irish former players voiced intense criticism of both his views and the manner in which he chose to express them.

These included the likes of Ronan O’Gara, Brian, O’Driscoll, and Alan Quinlan, all former members of the Irish national team, and British and Irish Lions.

Quinlan, one of the most prominent rugby commentators in the country, was most vehement of the three, labelling Folau’s comments “bullshit” and speaking passionately about the capacity such expressions to harm people in the process of coming to terms with their sexuality.

This might simply be an event limited to the world of sport. But it was remarkable to hear important and venerated figures in the Irish game not only reject Folau’s views, but also express words of support for LGBTQ people.
https://www.youtube.com/watch?v=KektdKbTtkU

For many people outside of Ireland, the country retains the reputation of hidebound conservatism. Ireland was, after all, led for decades by Eamon De Valera, whose intensely atavistic political and cultural views cast a long shadow across Irish culture, even after he had left the scene.

Ireland is one of the few countries in Europe where the major political parties don’t fall more or less neatly into an arc running from conservative to liberal to (more or less) social-democratic.

The degree to which the dead generations in Ireland weigh like a nightmare on the brains of the living can be seen in myriad aspect of Irish life, but nowhere more clearly than in the stranglehold exerted on Irish political life by parties that express divides dating back to the revolt against British rule and the civil war that follow.

Fianna Fail, roughly speaking the conservatives, was De Valera’s party, and grew out of the elements of the Irish Republican Army that rejected the treaty of 1921 that established an independent Ireland but which also ceded Ulster to Great Britain.

Sinn Fein started life as the political wing of a later iteration of the Irish Republican Army. While the latter became rather more politically radical, especially under the leadership of Gerry Adams, the party didn’t move all that far from the conservative Catholicism of its traditional base.

These three parties currently control 114 of the 158 seats in the Irish parliament. But it’s not just that the political establishment has been powerfully shaped by the power of memory. Recent years have seen an increase in generally negative feeling toward, and occasional attacks on, immigrants.

This is jarring since the Irish historical narrative has traditionally focused on the ways in which British conquest and colonisation shaped the country, enshrining a feeling of being the underdog, if not general victimhood.

This, it would seem, would be the sort of situation that would provide opportunities for the populists whose rise in Europe and North America is the dominant narrative in the mainstream media just at the moment.

But in the recent elections for the European Parliament, votes for right-wing populism were nowhere to be seen. As of this writing, only 12 of the 13 seats have been allocated. Of those, 5 went to Fine Gael (the leading party in the governing coalition).

Two each went to Fianna Fail, the Green Party, and Independents 4 Change (a left-wing party along the lines of Scandinavian social democratic parties). Sinn Fein also won a seat.

Perhaps the most striking aspect of those results is the two seats won by the Greens. The party more than doubled its proportion of the vote, from 4.9 to 11.4 per cent, and getting two seats where it had previously had none.

The Greens had been making modest gains recently after a disastrous electoral season in 2011 which saw it lose all of its representatives in the Dáil Éireann (the lower house of the Irish parliament). They regained a foothold there in 2016, winning two seats, but their success in the Euro elections still ranks as a bit of a surprise.

Irish politics have been especially interesting since the financial crises during and after 2008. The country had spent much of the 1990s as one of the so-called “Celtic tigers,” having thrown off the hangover of De Valera’s obsession with autarchy and repositioned itself as a sort of corporate tax having and destination for the parking capital in real estate.

Nearly made insolvent by its attempts to bail out domestic banks in the course of the financial crisis, the Irish state managed to keep itself afloat by creating the National Asset Management Agency, a bank whose sole raison d’etre was to be a parking place for something on the order of 77 billion euros of bad debt.

The combination of lighter border control with economic turmoil has, in numerous other European locales, powered up varieties of xenophobic populism. But, for whatever reason, this has failed to materialise in Ireland.

Identity Ireland (Aitheantas Éire) is the closest thing to a right-wing populist party in the country, but at this point, it is a group with a lot of “leaders” and not that many followers.

Irish politics has always been rather more complex and internally varied than it appeared from the outside.

The power of the Catholic Church was certainly profound, perhaps more deeply imbricated in Irish society than anywhere else in Europe due to the complex role it played in the superstructure of Irish society in the centuries of British colonial domination. Its role in the 20th century was outsized but has often been emphasised at the expense of other important themes.

Thus, for instance, the failed Easter Rising of 1916 is often characterised in terms of the determination of extremely pious, conservative figures such as Patrick Pearse to offer a blood sacrifice, thus eliding the pronounced leftwing politics of James Connolly and his Irish Citizens Army.

More generally, the narrative of Irish liberation struggles in the early decades of the 20th century is often characterised in terms of unalloyed cultural nationalism, thus covering over the complex patterns of labour militancy that were also influential in this period.

In more modern terms, this is a country that recently held a popular vote to legalize abortion. This, more than anything else, illustrates the degree to which the long sacred narratives of struggle carried out in conservative nationalist premises, and the preservation of a sclerotic traditional culture have begun to disintegrate.

Much as common stereotypes about Irish society centre on the IRA, the Magdelene Sisters, and the church, the country has in recent decades seen the growth of patterns of grassroots militancy that challenge these long-held nostrums.

Nowhere is this more clear than in the campaign for water rights. The protests that began in 2014 against charges for water grew at the level of neighbourhoods and localities but came also to encompass trade unions and other activist networks.

A movement for greater access to housing, beginning slightly later, but drawing on many of the same networks of activists and trade unions, has also grown up.

Both of these movements have strong elements of populism, involving criticism of the solutions offered up by governing elites on the basis of grassroots organising, But they have, in general, lacked the right-wing overtones of populist organising in the other parts of Europe.

Ireland has always been very much on the fringe, both of Britain and of Europe. In the 20th century, Irish politics influenced those in Great Britain like a dark star, exerting a sort of gravitational pull that was difficult to comprehend or control.

At the present time, there is a sense in which at least some of the elements of this relationship have reversed. It would have been hard to imagine from the perspective of the 1960s and 1970s that so much energy would have been expended in British politics over the question of the backstop.

Ireland now occupies a different position with respect to Europe than at any point in the past. While still subject to the strictures of financial policies formulated in Brussels and Frankfurt, Ireland is also an important economic conduit between Great Britain (especially Northern Ireland) and the EU.

The change in Irish politics, from the backwards-looking era that comprised most of the 20th century, to an environment in which the green shoots of a progressive populism can thrive, can also be a model for European politics going forward.

Imagining a Europe Made Whole