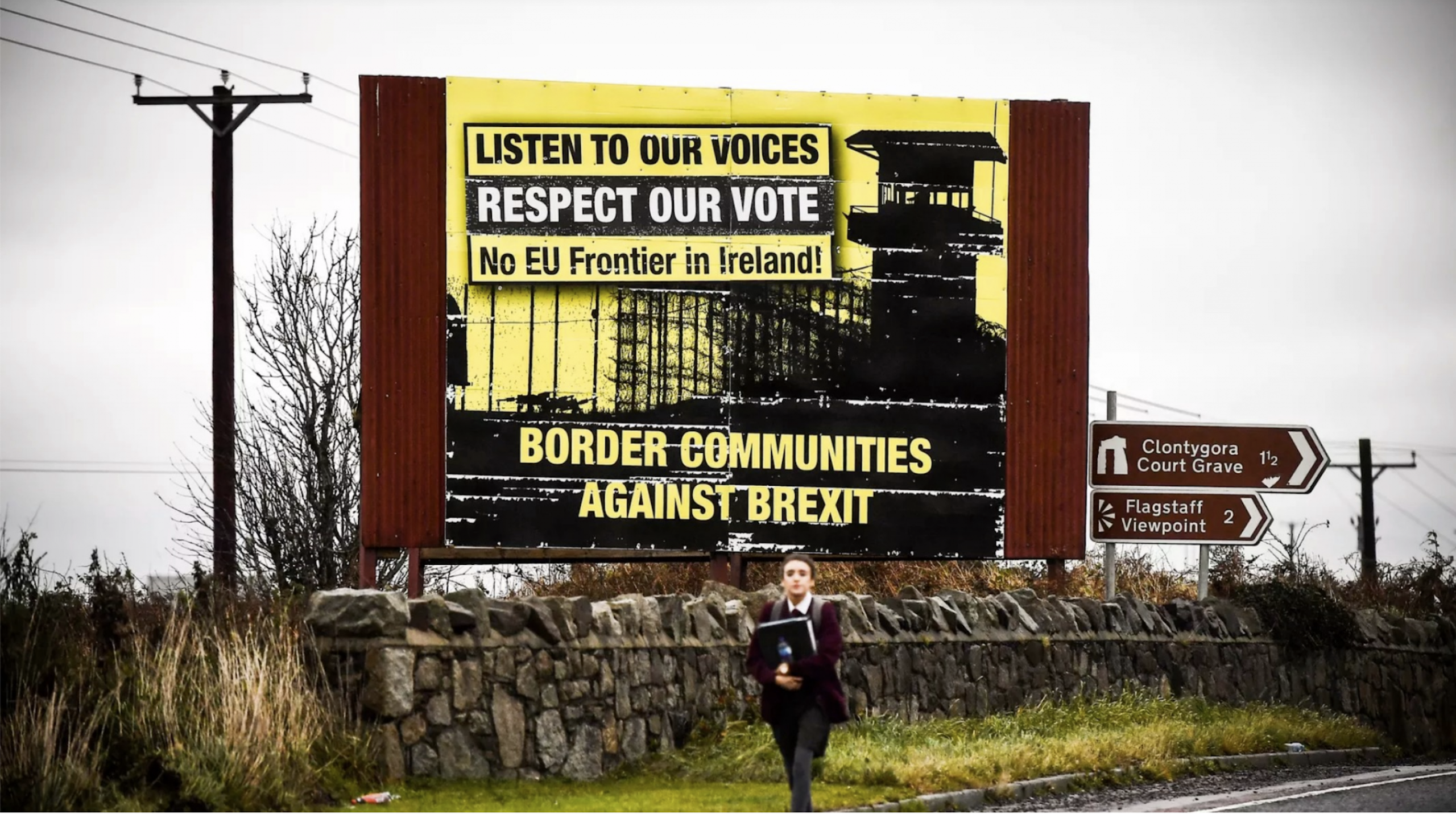 It should have been today. It might be in April. It could even be in May.

There is a perilous likelihood that this year, in the event of a no-deal UK exit from the European Union, there will be a new hard border between Northern Ireland and the Republic of Ireland.

Beyond the economic disruption this will cause the two countries, which have enjoyed a free flow of people and goods for two decades, this will all but undo the 1998 Good Friday Agreement, one of the most stunning achievements of conflict resolution in the late 20th century.

Having identified freedom of movement as a critical component of peacemaking, an open border was the essential compromise required by Unionists who wanted to stay in the UK and Republicans who wanted a united Ireland.

A recent bombing in Derry (or Londonderry as it is called by Unionists) indicates that the old wounds of the Troubles — three decades of sectarian violence between Catholics and Protestants — will be reopened.

On 22 March, the BBC reported that the Police Service of Northern Ireland had arrested 11 alleged members of the loyalist Ulster Volunteer Force.

All of these tensions are happening as Northern Ireland is going through a separate political crisis. The country’s bi-sectarian government, the devolved Northern Ireland Executive, has remained inoperative since the Republican Sinn Féin party withdrew in 2017.

Of all the calamities of Brexit, a harder border between the two Irelands would be perhaps the most tragic, because while the damage done to Britain are the self-inflicted injuries of the 2016 referendum, no one in either Ireland asked for this.

Northern Ireland voted to remain in the EU. Counties with heavy Remain votes correlate to Sinn Féin votes in the most recent British general election. Worse, the Republic of Ireland never got to vote on this at all. And yet it’s the Irish whose world is being upended more than anyone else in Europe.

This is why the nationalist fervour of Brexit, while wrapped in the language of freeing the nation from the clutches of a faceless and foreign transnational superpower, is also a reassertion of British colonialism, although we don’t always think of it that way.

The DUP are the ones who are keeping May’s deal afloat — which includes the “backstop” measure to avoid putting a hard border in Ireland.

“The only thing which will avoid a crash-out Brexit which would drive our economy off a cliff edge is [May’s] Withdrawal Agreement,” Sinn Féin MP Chris Hazzard said in a statement.

“The British parliament needs to abandon its delusional belief that there can be any renegotiation of the Withdrawal Agreement and the backstop it contains,” he added.

While the status of Northern Ireland was not among the stated reasons for leaving the European Union that Boris Johnson and UKIP put forth during the Brexit campaign, the disregard for what exiting the Union might do to neighbouring states including a former British colony is both provincial and imperious.

It’s no surprise that right-wing nationalists would desire more ‘sovereignty’ over Northern Ireland.

But ‘Lexiters’ — left-wing Brexit supporters — betray the progressive obligation to fight imperialism by prioritising their criticisms, for example, of the EU’s negative effects on the UK economy, and British independence, over what leaving the Union would mean for Ireland.

These so-called leftists, who promised that leaving the EU would enable the nationalisation of British railways or better labour policy, have shown little contrition for such an oversight.

Such gains would be had at the expense of the Irish, and a not unlikely return to civil war, in Northern Ireland.

The progressive Irish party, People Before Profit, offer perhaps the best ray of clarity, even among fellow travellers who might feel skittish about opposing Brexit and aligning with neoliberal EU policies.

PBP’s policy paper demands that Ireland be made whole, pointing out that it is simply undemocratic for this Brexit regime to be inflicted on them without their consent.

The party notes the Irish government opposes a hard border, but only out of concern for trade and business.

The Irish left, the policy paper says, must oppose this part of Brexit “because it would strengthen a reactionary settlement of Ireland’s national question”.

The recolonisation of Northern Ireland and the threat of unleashing violence at the border should be reason enough to scrap Brexit altogether. It may be too late to turn that around, but the shame of risking this happening shouldn’t be forgotten, if and when the border returns.

For populists eager to return to borders in Europe, the lesson is instructive. Borders mean conflict. Borders mean war. That’s the only take away from this tragedy. But it’s one which Europeans ought not to ignore.

If it can happen in Ireland, there’s no reason it won’t happen again elsewhere in Europe, either.